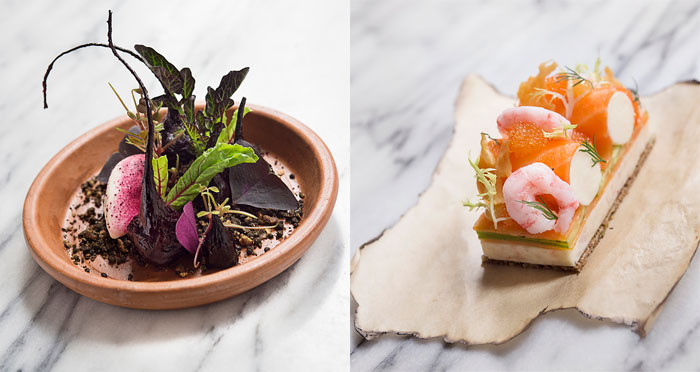 The upcoming St James development is shaping up very nicely indeed. Not only do we have a new restaurant from Salt Yard but also Anzu from the people behind Tonkotsu but there's also the much anticipated Aquavit.

Aquavit found fame as a Nordic restaurant opening in the heart of New York (so it's coming to London the long way around) and has been a huge success there since 1987 (earning two Michelin stars). Nearly two decades later, Nordic cuisine is very much in vogue in London, so we can see why they're deciding to make the leap now.

The London menu will be overseen by the same Executive chef as New York, Emma Bengtsson, and in charge of the kitchen will be Head Chef Henrik Ritzen (who has previously been at The Dover Street Arts Club, La Petite Maison and Lutyens).

On that menu, dishes will be seasonal and planned for the launch dishes include:

The restaurant itself plans to have a more informal setting to New York, with the inside designed by Martin Brudnizki (of Sexy Fish, The Ivy and more). Expect lots of Nordic touches throughout with textiles, furniture, uniforms and even the silverware from Nordic suppliers.

Aquavit London will open in Winter 2016 at No 1 St James’s Market, 1 Carlton Street, London SW1Y 4QQ. For more, follow them on Twitter @aquavitlondon