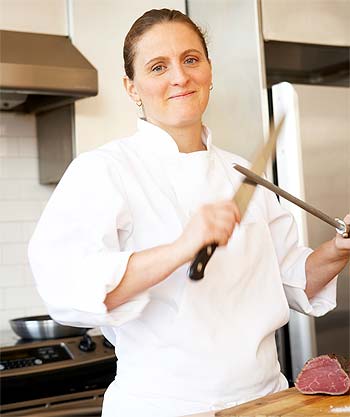 There's been a huge amount of speculation as to when British chef April Bloomfield will make a return visit to these shores. Originally from Birmingham, she's had enormous success in New York at the Spotted Pig, The Breslin and the John Dory Oyster Bar. Speculation has been rife that she's considering a return to these shores in some form.

While we're waiting to hear about a permanent venture in London, she's following David Chang (whose recent St John dinner we loved) with a two day stint at the St John Hotel (AKA St John Chinatown) in October.

As with the David Chang event, this will be a collaboration between Bloomfield and Fergus Henderson (who has also cooked in her New York restaurants), with a menu that will be influenced by both of them. The event is being put together as part of the launch of her book - A Girl and Her Pig - so expect a few favourites from that (like ricotta gnudi) to be featured.