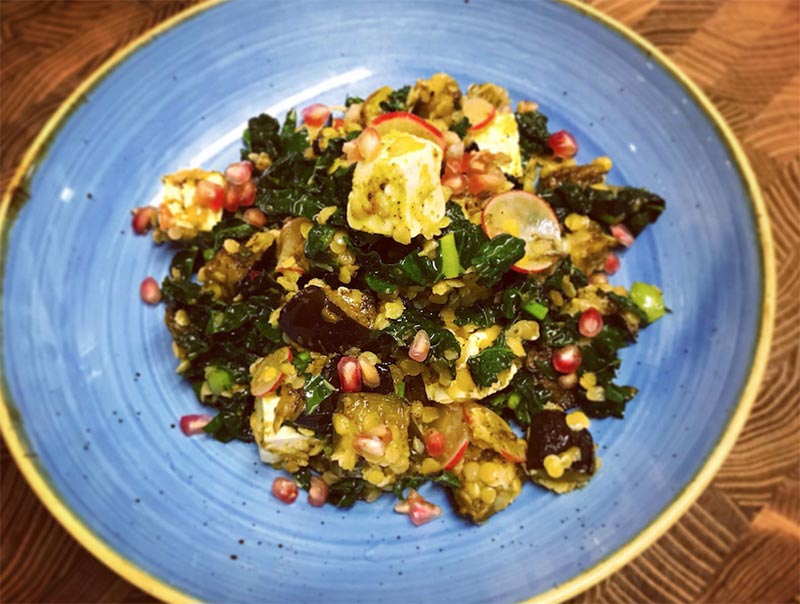 Those living in the leafy outskirts of south west London will be treated to the arrival of Antipodea, a new all-day restaurant from the people behind Brew Cafe.

Operating rather charmingly out of Kew village’s former post office, Antipodea will be offering an intriguing menu loaded with global flavours. Aside from the Aussie influence, the international menu comes largely thanks to the arrival James Brown and Moran Etedegi who previously worked with Yotam Ottolenghi.

Fans of Turkish brunch will be able to order the shakshouka-inspired eggs with hung yoghurt and hot chilli butter, while those after something more classically winter-friendly can opt for the Brew Melt with ham, gruyere, poached eggs and homemade pesto.

If you’re keen to start your day with a bang, you’ll be hard pressed not to sample the Hairy Canary, a yellow Bloody Mary made with pressed tomatoes from the Isle of White, along with plenty of other cocktails.

As for mains, aside from wood fired pizzas and coffee and daily baked goods there’ll also be barramundi, aka Asian seabass, with miso mash and dash butter. Whiskey and maple cured pork chops, wood fired lobsters, and scallops and broad bean puree with fennel will also make an appearance. For veggies, there’ll be a spicy Bengali aubergine and tofu salad with with cavolo nero and pomegranate.

Antipodea will also house a shop selling goodies from down under, as well as ready-made meals to go - perfect if fancy a proper dinner, but can’t cope with the idea of not wearing your pyjamas a minute longer. Rather than microwave shepherd’s pie though, there'll lobster risotto, and lasagnas “as good as your mother’s”. Throw a few Anzac biscuits in your basket for a sweet evening treat.