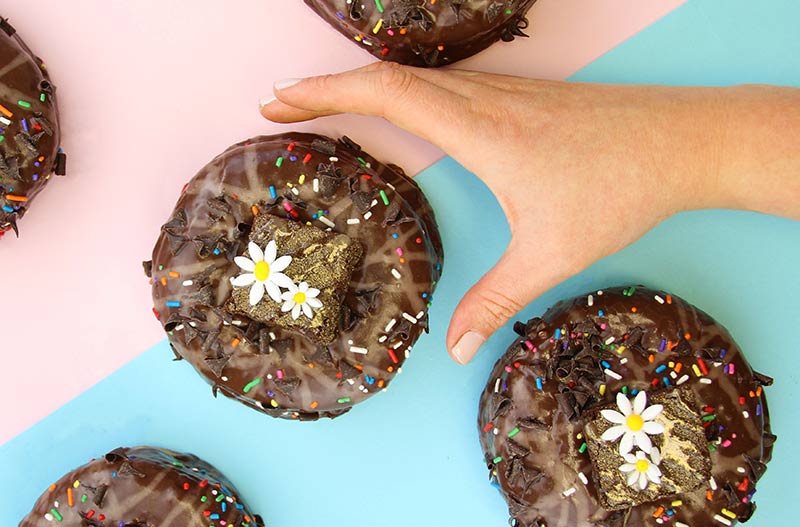 Ever been wandering around Notting Hill, looking for something to satisfy a doughnut craving? Yes, that's quite specific, but bear with us - because a new Doughnut Time (the Aussie import that's been popping up all over town) is opening their latest shop in the home of the Richard Curtis movie. And that's not the only reference to the film today, as they're launching a new Doughnut called the Anna Scott (aka Julia Roberts) to celebrate.

That very doughnut has been created by Great British Bake Off 2017 Finalist, Steven Carter-Bailey and it is "a limited-edition brownie-packed doughnut, made up of a dark chocolate glaze with milk chocolate drizzle and curls, and topped with Steven’s take on “the last brownie”, which features a “whoopsie” daisy flower."

And, of course, all the rest of the doughnut time favourites will be on offer. And apparently, we can also look forward to a Doughnut Academy above their Shaftesbury Avenue store soon. Which does sound interesting.

Opening offer: They'll be giving away free doughnuts from 12-2pm on opening day.