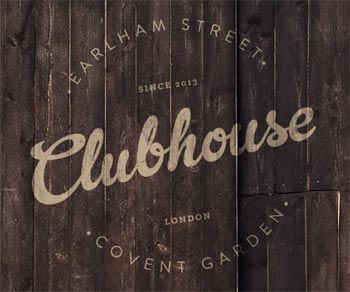 There's a new American pizza and cocktail restaurant opening at Seven Dials next month as Earlham Street Clubhouse opens its doors. Originally intended to be Chuck's Clubhouse (that is still coming further down the line in a new location) it'll have an "East Coast beach club" vibe, fitting 160 into the basement venue.

They're leading with their drinks, which are being created by Soul Shakers and will be twists on American classics - punches, coolers, sea-breezes, and margaritas - around the £7.50 mark. As for the pizzas themselves, they'll be wood-fired thin crust pizzas with a sourdough base with toppings including pulled pork, salmon, fennel sausage and baby kale. They'll be sold by the slice, and in 12” and 20” sizes from £3.50 - £18.

You'll also be able to pick your own music via the clubhouse app, and there are "booths hidden down secret passages which are fitted out with their own phones". So you'll still have the chance to chat up diners on other tables as originally planned.