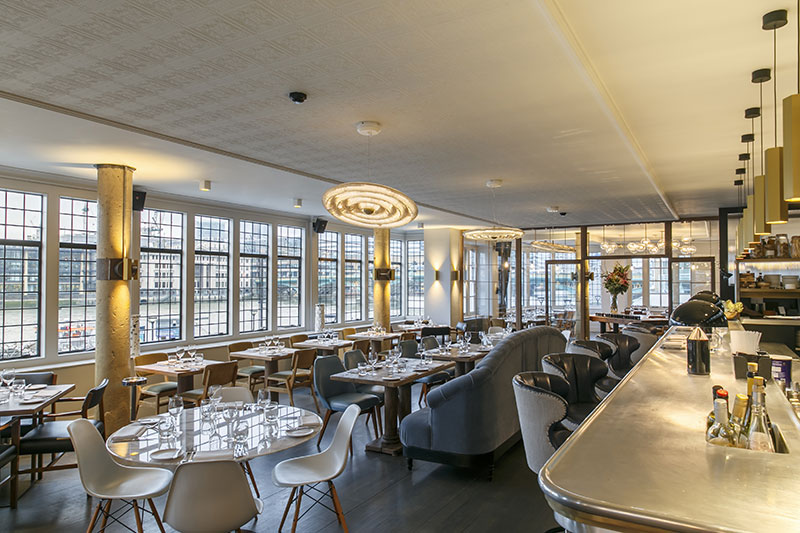 Allan Pickett is busy yet again. While his first solo venture Piquet, was warmly reviewed it is, alas, no more. But now he’s just been announced as the new executive chef at Swan, Shakespeare’s Globe.

He’ll be bringing with him his specialism in French food, having trained under the likes of the Galvin and Roux brothers, as well as an uncanny knack for hunting down the best British ingredients and suppliers. His know-how came into its own at Piquet, which earned him rave reviews from critics, and seventh place in the top 100 UK restaurants of 2016.

So what can we expect from his new role? After the laid back, French-style dishes of Piquet, Pickett’s menu for Swan, Shakespeare’s Globe looks to be a return to his English roots, and is packed with thoroughly traditional flavours and provincial ingredients (some of even foraged by his mum in Kent, so we hear.)

Dishes include Old Spot pork belly with cider brandy from Somerset, Cornish fish stew with saffron Norfolk potatoes, and Ham and Savoy cabbage terrine with Yorkshire rhubarb and sourdough toast. For dessert, there’s a seasonal baked winter fruit tart with Devon cream, or the nostalgic Vanilla rice pudding with plum compote - one of the many homemade preserves that appear on the menu. Swan will also be offering a three-course pre-theatre menu at £24.50, and a Midsummer Night’s Dream-themed afternoon tea.

“We've been busy the last couple of months creating our spring menu, which showcases the best spring produce and I can’t wait for people to try it,” Pickett said.