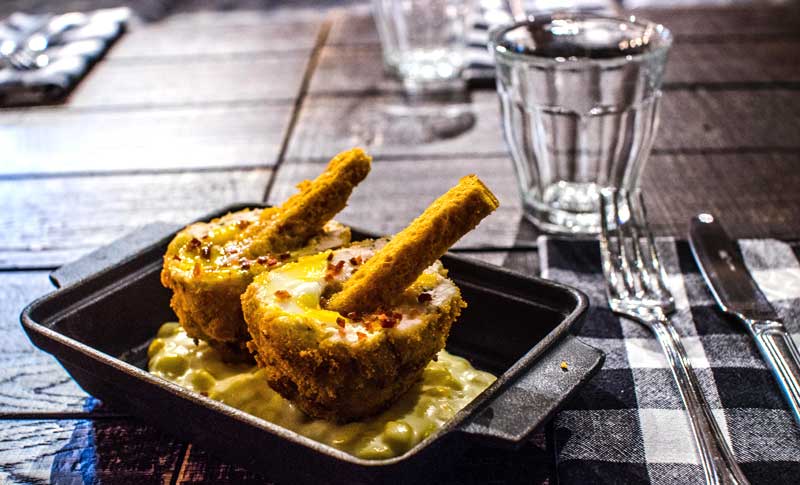 This? Oh it's just a chicken mousse scotch egg with truffle brioche soldiers.

If you're thinking "I must get me some of that RIGHT NOW" you'll have to hold on. The place you'll need to be heading is All Star Lanes where this limited edition Strike it Clucky Scotch Egg hits on Easter weekend only.

For the details-oriented among you, the egg features a pretzelcrumb crust surrounding a thick layer of chicken mousse which in turn surrounds the free range egg. It's served on a bed of creamed corn, topped with beer-cured bacon bits and comes with toasted truffle brioche soldiers.

The Strike It Clucky scotch egg is £7 and goes on sale for the Easter weekend only at All Stars Lanes in Holborn, Bayswater, Shoreditch and Stratford.