All change, as Notting Hill’s Goode and Wright gets a big overhaul 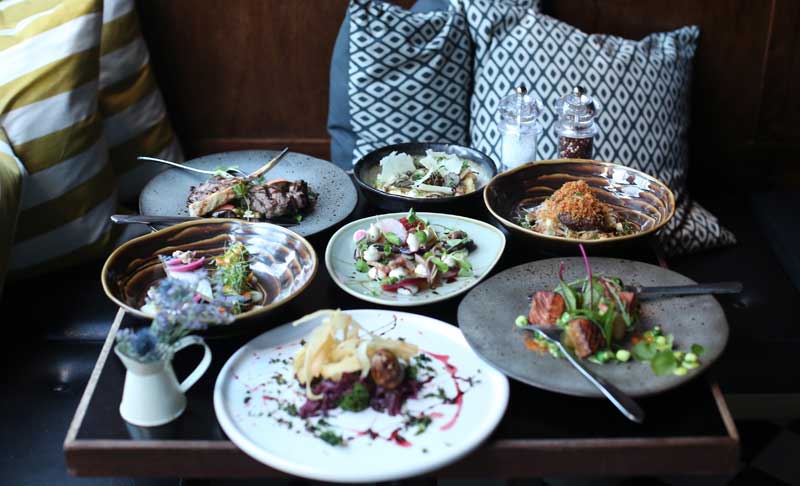 What: Goode and Wright - but not as you know it

In a nutshell: Experimental and traditional small plates, brunches at roasts with this all day diner.

Summing it all up: Portobello Road’s Goode & Wright used to be a French bistro. That’s all history now, as a Spanish and Israeli pair of chefs have swept in and swapped duck a l’orange for brioche with kaya spread and ceviche in almond milk.

It’s all change please at Goode and Wright - aside from the name, that is.

Those who’ve been in the area may have spotted that the Portobello bistro is undergoing something of a change. And they’re not wrong - it's just come under new management, with new chefs cooking up a very new set of dishes.

The recently developed, super global menu is the joint effort of an Israeli and Spanish duo by the name of Oren Goldfeld and Gabriel Muñoz Rodriguez, which will see them blending their combined experience to create small sharing plates. It’s definitely a far more modern way of life for the premises, which in its previous life housed a bistro, serving up French cuisine made with British ingredients. Goldfeld was previously head chef at 1701 where his pastilla was praised by Tracey Macleod as "simply one of the most delicious things I've ever tasted."

Heading there, you can expect to see a fairly ‘out there’ menu, including dishes like hake ceviche with almond milk and kimchee crumb, and marmite and chocolate Guinness cake for dessert. They’ll be running a brunch service too, where you can get your brioche served with kaya jam, which is a popular Asian spread made with coconut and pandan leaf (so we hear.)

It’s not *all* as wild as that, though, and there are a few classics making an appearance, like avocado toast, onglet steak, pork cheeks and Sunday roasts, which everyone should be advised comes with unlimited drinks (and so is bound to be popular). And they’ll be keeping their lovely oak-panelled interior, which should also help diners feel like they're keeping their feet on the ground.

Between the two chefs, they have a raft of experience from Tel Aviv to Malaga, so they’re well placed to experiment with bringing together more unusual flavours. One thing’s for sure - duck a l’orange this is not.

More about Goode and Wright