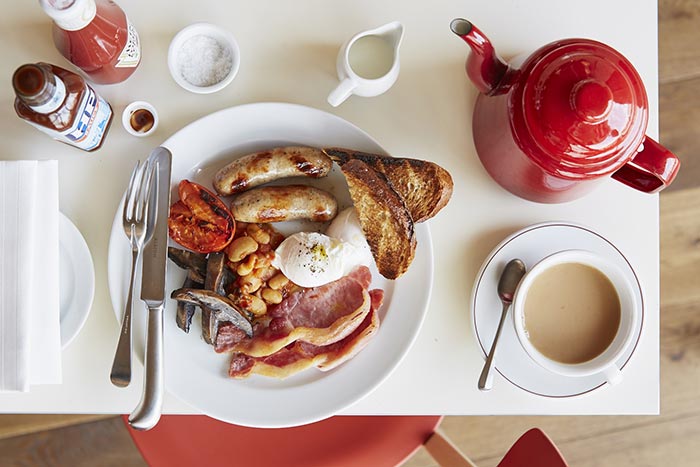 Long promised for Clerkenwell, there's a new Albion on the way. Taking up the other section of the old Turnmill's site (next to Sosharu), here's what to expect from it:

It's an all-day British affair. There's a focus on simple and hearty throughout the menu and things kick off with breakfast - expect their Full Albion, classic kedgeree, kippers and devilled kidneys. For lunch, there will be their doorstep sandwiches, salads, omelettes, fish and chips, sausage and mash and pies. Dinner will add a range of steaks, chops and fantastically fresh fish. And Sunday roasts, of course.

It'll have an oyster bar and a pie room. The oyster bar will also have a selection of air-dried and cured sausages and artisanal charcuterie from around the British Isles, if you're not an oyster fan. And the pie room has a regularly changing menu of five pies plus sides. That can also be used for private events.

And there will be a takeaway, grocery and bakery. So there will be sandwiches and more to take away, and soon they'll be kicking off their own cook-at-home suppers. The bakery will feature just baked goods made on site - classic sourdough, English bloomers and French baguettes, seed and herb bread, multi-grains and rye. And the grocery will be open until late, so a handy stop before catching tat last train.

And on top of that, a cheese room. That'll have an evolving selection of British cheese and artisanal charcuterie,

Finally - for drinks a craft beer and wine shop AND a cocktail bar. The latter being downstairs serving British versions of classics such as Stevenson’s Gin Rocket, (classic gin and tonic with cold brew coffee)  and a range of specially created Gin Cups, Bloody Marys and negroni. They'll be selling their own gin in the shop.