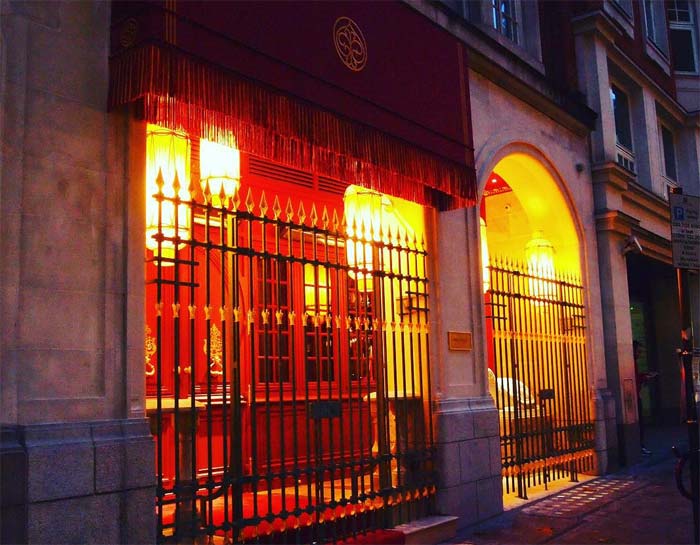 Of late, it seems that Alan Yau is the most secretive restaurateur in London - he REALLY likes to keep his new openings to himself. So it's only now that there's news that his next, Park Chinois, has actually opened in Mayfair (even if that image above gives another impression).

Much of the information that's crept out so far has been in this FT article - so let's break down what we know from that:

Having taken a look at the menu, one thing's for sure, it's not going to be cheap. There's a first course of Japanese somen, dried shrimp roe with 10g of Classic Oscietra Caviar and supreme broth for £36, a wok-seared veal chop with lily bulb, yellow bean and Thai spring onion is £45 and the duck starts at £75 before you add caviar which can bring it up as far as £280 if you're adding Iranian Huso Huso Sturgeon caviar.

That said, the desserts do sound rather marvellous - how about frozen pea powder with mint bavaroise, peashoot, pineapple and vanilla vinaigrette and Ivoire chocolate (£12) or Ice choco pop with Jamaica robusta coffee, cloves and caramelised almond (£7)?

So - if you're in the area, pop down and let us know what you think on Twitter.