Aidan McGee is the new Head Chef at Corrigan's Mayfair 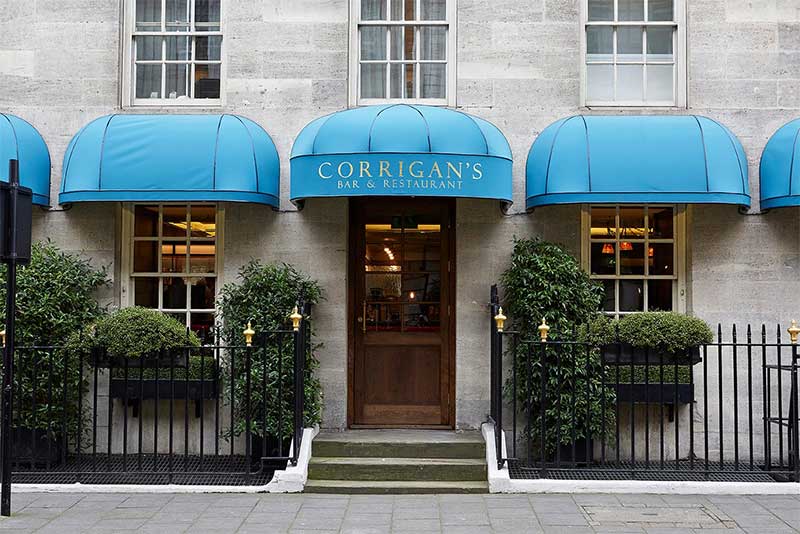 We've been following the career of Irish chef Aidan McGee ever since he first started making waves in the London dining scene back at the Truscott Arms. After a short-ish stint running the kitchen at Fitzrovia pub The George & Dragon, McGee now has a new position, and it's a good 'un.

He's returned to his homeland - figuratively, rather than literally, as the new Head Chef at Corrigan's Mayfair.

Talking exclusively to Hot Dinners, Aidan told us he has "great plans" for Richard Corrigan's flagship restaurant. There'll be "a big push on Irish produce - the menu will have us working closely with Richard himself who is very inspiring and has great passion for the whole industry.

"In Ireland we have some of the best produce in the world. Now we have our growers delivering directly to the restaurant which is great." In particular he's going to make full use of the food grown at Corrigan's estate in Cavan, Ireland. We can distinctly remember enjoying a salad at Corrigan's a few years back using salad flown over that day, which was one of the best we'd ever had.

"I am looking forward to evolving the menu into one of the best in Mayfair," says Aidan.

How to book Book online at http://www.corrigansmayfair.co.uk/reservations/