Adam Simmonds comes to London with Pavilion in Kensington 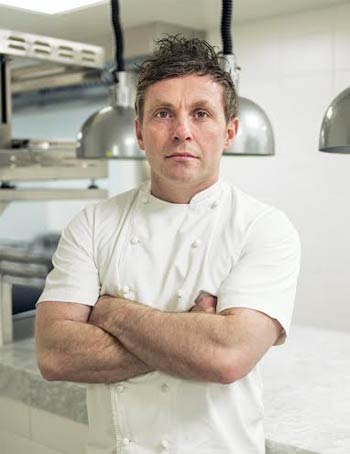 A few year back we were lucky to make a trip to Danesfield House when Adam Simmonds was in charge of the kitchen. We had one of our best meals of that year there and realised that the chef was definitely one to watch. And Londoners will now have the chance to try him a little closer to home with Pavilion the restaurant he's overseeing while plans on his first solo venture continue.

Seating 60, the restaurant on High St Ken will focus on local British produce and jams, chutneys and pastries will all be produced in-house (and bought from the deli counter), while Simmonds has sourced the ingredients himself to ensure "the finest quality produce and items exclusive to the restaurant".

We'll have more dishes in the run-up as the opening gets closer, but a couple of dishes have been revealed already:

The restaurant itself has been designed by designLSM, the people behind Burger and Lobster in Harvey Nichols, Beast and more. There's an open kitchen in the main restaurant and the room will be focused around the champagne bar at the centre of the restaurant, which will seat 22 and have a separate menu too. Meanwhile, the deli counter will be stocking over 50 varieties of cheeses and British cured meats sourced from Cannon & Cannon (handy if you can't make it to their deli in Brixton).

There's also a terrace for 40 - but this is only for members of the Pavilion member's club (it was previously called Dryland) which will cost £95 a month.

Pavillion opens on May 30 at 96 Kensington High Street, London W8 4SG. Opening times are 7am – 11pm. For more information, visit their website.