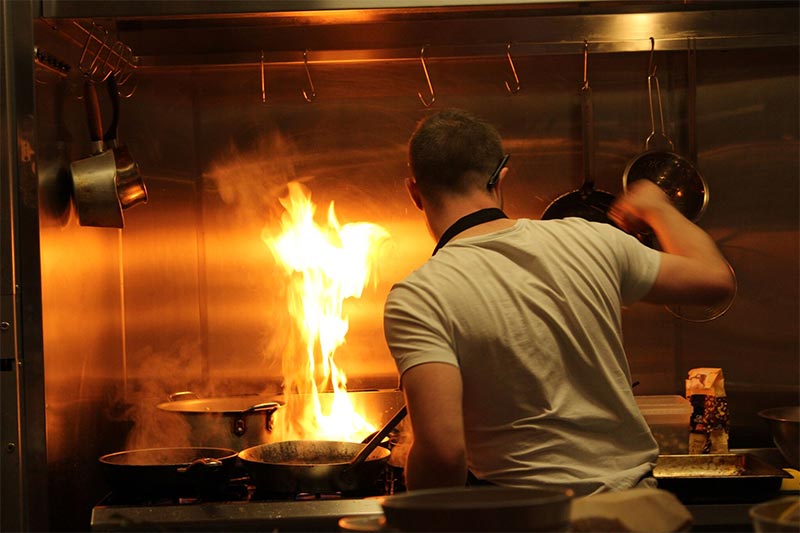 Fresh from his travels in Japan, YBF Chef of the Year Adam Rawson is now bringing a taste of East Asia to Essex Road.

He’ll be using his recently acquired knowledge to transform the snazzy glass-fronted Borough Wines & Beers into a pop up izakaya - a sort of informal Japanese gastropub. Inside, Rawson will be dishing up a 12 course menu of highly typical Japanese dishes, served up in floral-laden surroundings that celebrate sakura blossom viewing season (a massive event in the Japanese calendar).

On offer, there’ll wagyu yaki beef, enoki mushrooms, and a special style of slow poached egg called onsen tamago, charmingly named after Japan’s onsen hot springs. There’ll also be a chance to taste katsuobushi, a more mature version of bonito flakes made with skipjack tuna, as well as nashi pear and a helping of a gloriously citrusy yuzu sauce.

The whole thing will be accompanied by a flight of wines, Akashi-tai sake and Japanese beers from the founder of Borough Wines & Beers, Muriel Chatel. And there’ll be drinks by the glass too, including the Nikka cocktail from the Barrel Highball, and something we’re rather curious to try called a Saketini.

You’ll be able to sample the food on Thursdays, Fridays and Saturdays, but Thursday diners will be provided with a slightly reduced menu of nine dishes for £30, while the full menu will cost £40.

It’s the first in Borough Wines & Beers chef development series, so if you’re local, keep your eyes peeled to find out what’s coming next.

How to book: Book for a Thursday seating, or a Friday/Saturday seating.