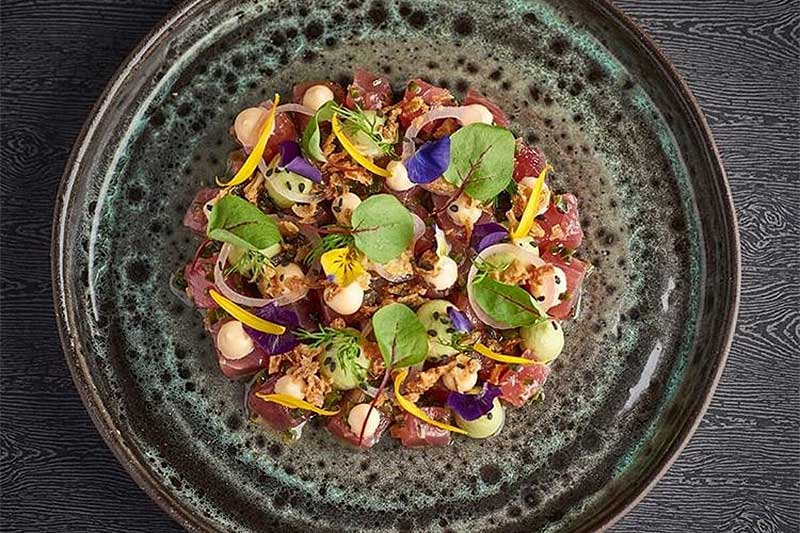 Adam Handling's empire is expanding still further. Hard on the heels of the news that he'll be running the food side of things at the Belmond Cadogan Hotel, now we hear that his first restaurant Frog E1 is upping sticks and moving to Hoxton. He'll be taking over the old Byron site on Hoxton Square from this summer.

The new site will have room for three Handling businesses, The Frog, one of his Bean & Wheat cafes AND a new bar called Iron Stag. Each of those will have their own separate entrances on three different streets - Hoxton Square, Rufus Street, and Old Street.

There'll be more room for diners

The Frog Hoxton will have space for 60, and while the food will be much the same as its xx menu, they are planning to put a bigger focus on large sharing plates.

Whisky is where the bar's at

The bar is huge here - with room for more than 100. The drinks side is being run by Rich Woods and Matt Whiley. Expect to find 35 year and 40 year old bottles of whisky as well as the bar’s very own casked variety. Adam is working on special bar snacks to go alonside the drinks list.

The Bean & Wheat will be Adam’s zero-waste coffee shop and deli's second opening - there's already a branch in Spitalfields. But this one will switch focus in the evenings with a large craft beer offering and licenced bottle shop. For the cafe side of things, expect a menu of sandwiches, salads, parfaits and preserves made from offcuts and by-products not used in Adam’s main restaurants.

Bring back your empty beer bottles to the shop and you'll get free coffee.

More about The Frog Hoxton