Adam Handling comes to Shoreditch with The Frog 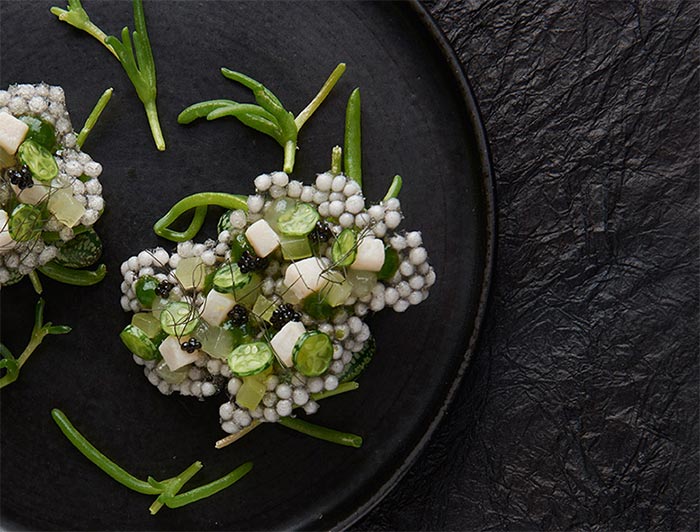 In the past few Years, Adam Handling has had big, but relatively quiet success with his Adam Handling at Caxton at the St Ermin's Hotel in Westminster. But now he's moved on, planning a new venue for his own Restaurant Adam Handling and before that, launching The Frog in Shoreditch.

Open Tuesday - Sunday, with brunch at the weekends, The Frog will apparently feature Adam Handling's style on the food. That's described as "combining technical savvy with the best possible produce, and a lightly theatrical touch", but in a more relaxed setting. And you can expect an urban cultivator in the main area which contains the herbs for the restaurant. As for the food - the menu is under wraps but expect a 5-course tasting menu that changes regularly for £40 alongside a traditional a la carte.

We do know that he'll be serving some of the popular dishes from his previous restaurant - and some of those are:

Ss for the room, it'll seat 60, have a private room for 15 and an organic bar (seating 14) where they'll have home-made kombucha tea drinks and cocktails plus cocktail and beer pairings for the main menu. They'll also have their own The Frog gin, which is being created by Portobello Gin.