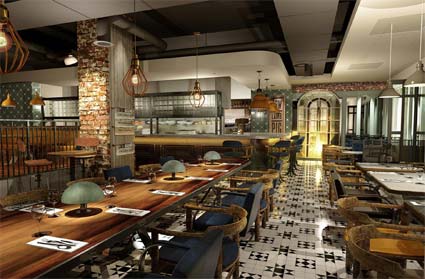 A new bar and restaurant opened in the City over the weekend as Forge (formerly Abacus near Bank) mixes booze, BBQ and rotisserie. It's a big old space, combining a large bar space with a restaurant too.