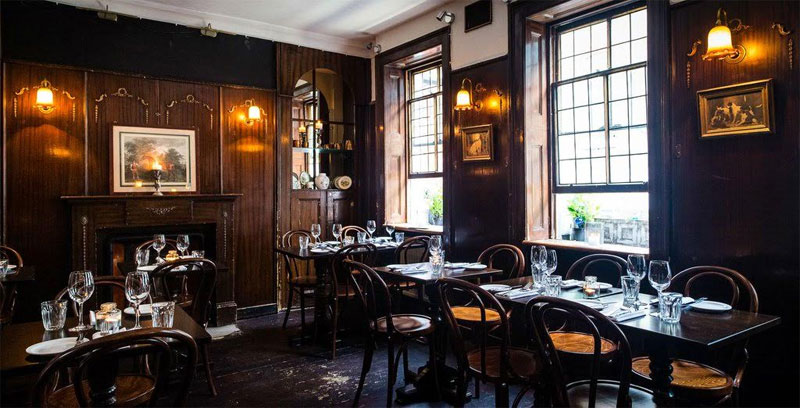 We're very much liking the sound of an imminent pop-up coming to the Newman Arms in Fitzrovia. The whole thing has come about as a partnership between Matt Chatfield (Cornwall Project) will supply the beef and veg, Zeren Wilson the wine and front of house will be Jon Cannon-Gierth (ex Simon Rogan & Tom Sellers).

The whole thing has come about as a partnership between Matt Chatfield - he's supplying the beef and veg, Zeren Wilson is in charge of wine while the front of house is Jon Cannon-Gierth. In the kitchen will be Pete Denhart. He's been cooking with Ben Mulock at John the Unicorn in Peckham most recently. As Jon says: "Pete’s passion for cooking has taken him all over the world working within Motorsport for 8 years! You’ll find these flavours and techniques throughout his cooking, especially using the Cornish sourced ingredients at Newman Arms."

As for that menu, it's all with beef sourced by The Cornwall Project from the legendary Philip Warren. There will be:

Lunchtime adds a steak salad and a steak sandwich - that's a homemade focaccia steak sandwich with black pepper onions, lettuce & tomato for £12.50. And if you're just popping in for a pint, you can grab any of the smaller snacks above as well as the hand cut chips and dip (£4) and "Punchy popcorn" (£3).

As for that wine, we caught up with Zeren Wilson (most recently Kiln and Coombeshead Farm) who told us what to expect. "The list will be a very tight selection of 9 red, 3 white," he told us, "with wines coming off the subs bench to change things up each week. We’ll look at opening a magnum on some nights and serving this by the glass. Wines will be mostly European, with the odd foray into some of our favourite boutique New World winemakers."