[SIGPLUS_EXCEPTION_SOURCE] Image source is expected to be a full URL or a path relative to the image base folder specified in the back-end but /blog/2014/barrafina-preview/gallery is neither a URL nor a relative path to an existing file or folder.
0
Shares

A sneak preview of the new Barrafina in Covent Garden 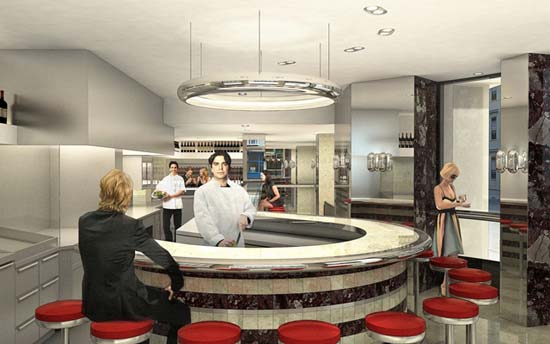 Updated 10/6/14 with dishes and opening date

The original Barrafina in Covent Garden is one of Soho's most revered (and hard to get a seat at) restaurants. We've long been watching the development of the second restaurant, coming to Covent Garden soon, so we were excited to get a  first look at the planned design. We also caught up with Barrafina's co-owner Eddie Hart to find out more.

"We are hugely excited after years of patiently waiting for the right site to come along to finally be opening Barrafina Adelaide Street in July 2015." he told us. "Headed up by Executive Chef, Nieves Barragan and Front of House charmer, Jose Etura many of the team have been trained up in Frith Street under Nieves’s and Jose’s watchful eye. Freshly back from a trip to San Sebastian, Getaria, Valladolid and Segovia Nieves has been devising some fabulous new dishes as a real point of difference from Frith Street." Examples of those dishes include carpaccio of Mediterranean prawns with bonito and chargrilled milk fed lamb’s kidneys,

The new restaurant will have an upstairs bar seating 29 with and "all guests having a great view of all the cooking taking place only feet away." And downstairs "there will be a private dining space with its very own private kitchen and team of chefs to look after you."

That downstairs space will feature family-style feasting menus with regional specialities such as Txuleton (Basque rib of beef) and Zarzuela (Catalonian fish stew).

As with the original, it's a no-bookings restaurant - so expect every one of those chairs to be much sought after this summer.