A second Zia Lucia Pizzeria is opening in Brook Green 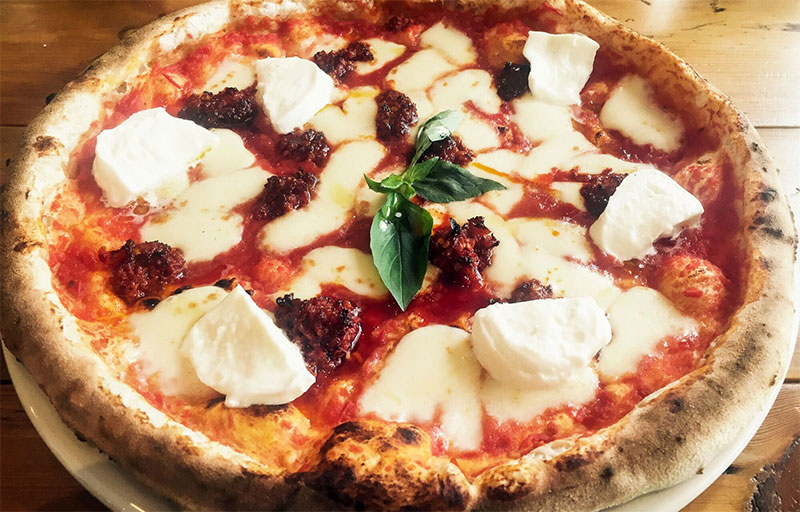 In a nutshell: Wood-fired pizzas with some special doughs.

Summing it all up: After a successful first restaurant on Holloway Road, this is the follow-up from Zia Lucia. Expect the same 48 hour fermented doughs (including charcoal) and toppings that include truffled honey.

The first Zia Lucia set up shop in Islington's Holloway Road, earning quite a few plaudits along the way. Enough it seems, to open a second pizzeria all the way over on the other side of town at Brook Green. The team used to live in the area, so they've really wanted to give the locals some proper pizzas.

They're probably best known for their doughs - fermented for 48 hours and either traditional white flour, earthy wholemeal, crisp gluten free and a dramatic vegetable charcoal black base (we've tried that one and it's not bad at all).

The pizzas are all wood-fired with classic Italian toppings as well as nduja, spicy spianata salami, truffle honey, burrata, rich gorgonzola and vegan butternut squash cream. And you can expect seasonal specials too as well as Italian-style starters, plates, salads and desserts.

As for the restaurant itself, it'll seat around 50 (including space outside when it's not so freezing).