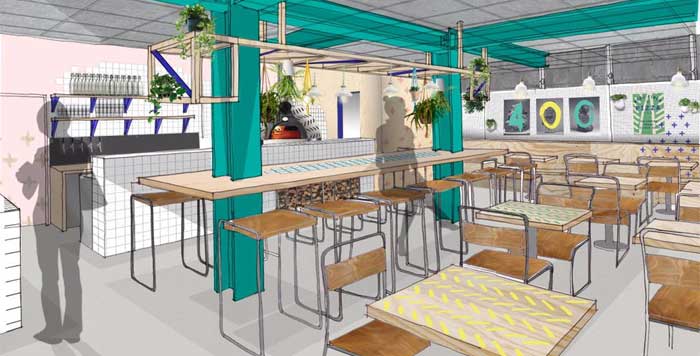 The progression of central London trends out to the burbs continues with news that Crystal Palace is about to get a sourdough pizza and craft beer restaurant. Four Hundred Rabbits will serve up sourdough pizzas featuring Fior de Latte Mozzarella, San Marzano Tomatoes and topped with all manner of UK artisanal produce. Think British charcuterie or slow smoked rare breed brisket.

The name comes from an Aztec legend that the resulting brood of a romp between the sheets of the god of fermentation and goddess of alcohol was four hundred bunnies. And, as you'd expect, there's plenty of booze on the menu. There'll be four rotating beers on tap and six in bottles and cans, not to mention red, white and sparkling wine on tap, and what they're billing as London’s cheapest oak-barrel aged Negroni.