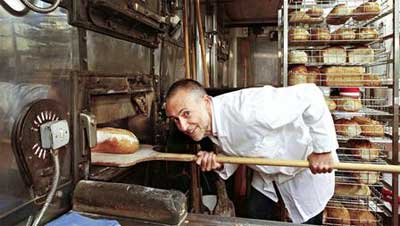 When do you think the resurgence in British food began, and what might have motivated it?

I’m no expert but I think it’s been gathering pace for years. People are tired of supermarkets’ dominance of the food arena. The resurgence of ‘grow your own’ and farmers markets and local veg box schemes show more and more people are keen to know about the provenance of their food and support local producers where possible.

Was it difficult to get The Great British Food Revival commissioned?

Yes and no is the honest answer. It was turned down by BBC2 peak initially as they weren’t convinced we could get the calibre of chefs they would require. It was then picked up by BBC Daytime. When we were able to attract the big name chefs it went back to peak. However the concept was a relatively easy sell.

What inspired you to make the series?

I was keen to do something campaigning about food and after research we discovered that so much British produce was under threat for a variety of different reasons. We thought this would be something well worth highlighting. 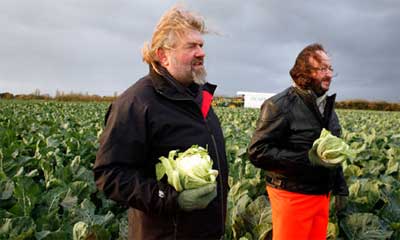 Are you anticipating a good reaction from the Great British public?

I think the series tackles an issue which will really resonate with the viewing public, particularly the BBC2 audience. It’s crazy that we’re able to grow some of the tastiest fruit and vegetables and rear some of the best meat available but that many British farmers are going out of business due to the competition from cheaper foreign imports. I think it’s important that consumers pay more attention to where what they buy has come from.

I was as guilty as anyone for picking up the nearest or cheapest bag of apples or tomatoes without looking at where they were from. We need to learn to appreciate seasonality and buy what is locally grown. Not only does seasonal local produce taste better but it’s also more environmentally efficient and supports the local economy.

Aside from their British-ness, how did you choose the chefs?

Our 10 chefs and cooks are among the BBC’s best known cookery faces and in addition to that they all had a passion for a particular produce which they wanted to highlight.

So what can we expect to happen during a typical programme?

The series is made up of 10 half hours with each show hosted by a different chef who champions a particular product or ingredient that is under threat. They visit suppliers and producers around the country to try to build up a picture of the problem and suggest how we might change or tackle the situation. 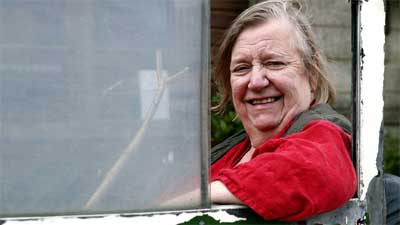 To get us cooking and eating this under threat or undervalued produce each chef cooks three delicious recipes featuring as the main ingredient the produce they are championing.

Can viewers interact with the series?

The recipes will be available on the BBC food website with a few extra tips and techniques from some of the chefs. Also there’s a book to accompany the series published by Orion. It features all the recipes from the series plus many more and also contains information about each produce and how we can ensure its revival and get this fantastic produce back on our dinner plates.

Did a previously unsung ingredient come to the fore?

I learnt something new about every produce we feature in terms of the different heritage varieties to look out for, when to buy them and what a real difference there is in taste between one variety and another. More than anything I realised is that we often sacrifice superior taste and flavour of our local produce for cheaper imported ingredients. Honey was a revelation as an ingredient as I love it and from now on will be more experimental with its use and appreciate the variety of flavours that different honey contains. 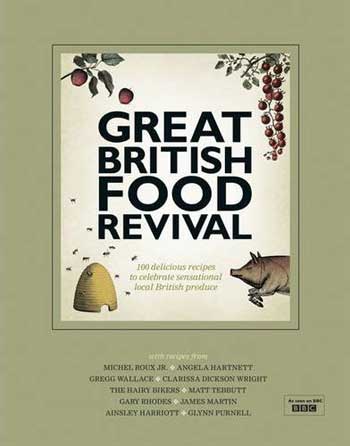 Have you brought light to a particular artisan tradition?

I hope we made people realise what a loss the artisan baker is to the UK high street. These days bread making is very industrialised and is made via the Chorley Wood process (a fast way to make bread which means it needs processing to add flavour) and then sold in supermarkets. The high street baker has all but disappeared which is a real shame as the quality and taste of a loaf baked by hand cannot be beaten. The care and attention that goes into each loaf is something to be appreciated and savoured.

We also feature the growth in cheese making within the UK and hope we have highlighted the fantastic array of British cheeses that are available.

Do you cook, and if so, what would be your personal signature dish?

I enjoy cooking but juggling the demands of working and bringing up a family means that in the week I find it difficult to shop and cook properly. However on a Sunday I always do a big roast lunch and insist that we all sit down together. Since filming a joint of rare breed pork has been my signature dish.

Clarissa Dixon Wright showed me how to make crispy crackling (rub salt into it like you would into the face of an enemy) and I haven’t looked back. Served with apple sauce made from the Bramleys in my garden and whatever veg we can dig up from our own plot has proved a winner in my house.

Are you likely to make more food culture related programmes?

The Great British Food Revival is on BBC 2 Wednesday nights at 8pm and a book to accompany the series is available now.