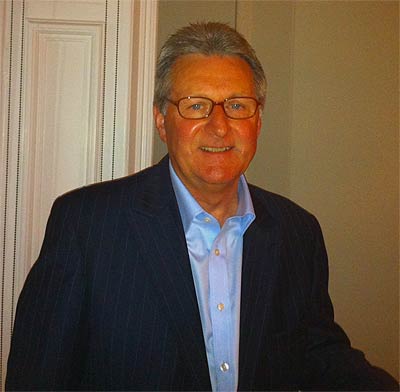 For 33 years, Derek Bulmer was one of the most respected, and feared, restaurant reviewer in the country. But if you’re wondering why you’ve never heard of him, that’s because his role as Editor of The Michelin ­Restaurant Guide To Great Britain And Ireland required him to be the invisible man. But now that he’s retiring from his position, he’s free to reveal his identity in a non-superhero kind of way and was happy to sit down and tell Hot Dinners a few insider secrets on how Michelin chooses who gets those all-important stars.

You’ve seen a dramatic difference in the London dining scene during your tenure at Michelin. How would you describe London now in terms of dining?

Well I’ve been on record saying that London is one of the gastronomic capitals of the World - I would put it alongside New York. The two of them stand right at the top. In terms of variety and diversity of cooking styles and cultures - yes you can find more starred restaurants in Tokyo if you want just Japanese food and yes you can find more top quality find dining French restaurants in Paris if that’s what you want. But in terms of the sheer diversity on offer, London and New York are up there right at the top.

We interviewed Pierre Koffmann recently and he told us that Spain is where it’s all happening at the moment - do you agree?

Well there’s been a resurgence - perhaps ten years ago in Spain - Northern Spain particularly. But I think it’s generally happening all over Europe at the same time. I’ve been particularly responsible for the Nordic countries, as well as Great Britain, where there are no Michelin guides. I’ve been going to Noma for ages because I’ve been responsible for Copenhagen, Stockholm, Helsinki. I started telling people 10 years ago, “Look at what Scandinavia’s doing.” It’s really interesting that it’s taken it 10 years to come full circle, suddenly in the World Top 50 Restaurants, Noma becomes number one. I’ve been saying that the cooking in Scandinavia has been fantastic for some time.

Do you think that’s because of the emphasis on seasonality and foraging?

They do take it to the nth degree - certainly Noma does and a few other places I know in Scanadinavia. It’s the pure clarity of what they put on the plate - they don’t over-embellish, they get things to really taste like they’re supposed to and they use top, top quality ingredients. The dishes they produced are so totally in focus - if I can use a photography simile.

A question that’s often raised is why London has so few Michelin stars as opposed to somewhere like Tokyo or Paris?

I can’t comment on Tokyo properly - but it’s such an enormous city, with an enormous population and an enormous number of restaurants that it’s inevitable that it will have more stars.  When they first went there, they talked about doing a normal guide for Tokyo and after six months research they realised that they couldn’t make a normal guide because there would be thousands of entries;  they would have to make a guide only to the stars because there are so many good restaurants. But they are all Japanese. The city is so large, there are so many restaurants and the cuisine is so clean and focused, using really good products but keeping things quite simple. We haven’t got another city like it to compare it to in that sense. So I think it’s irrelevant to talk about quality of cities only in terms of Michelin stars, because they are so entirely different.

That’s why I think New York and London are so great - they have variety. Here you can eat Michelin star level British, French, Italian, Thai, Indian, Chinese, in-a-pub - whatever. You can’t do that in Paris. So we don't have the numbers, but I think that the variety is as important as the numbers - or possibly more important.

If you were going to choose your personal top five restaurants in London - what would they be?

It depends on the criteria.  Dining out is a mood thing - so a special occasion is completely different from meeting up with a few friends for something to eat. For special occasion restaurants I’m a great fan of Nigel Platts Martin’s restaurants - The Square and The Ledbury and Chez Bruce is another one. I think he runs some of the best restaurants in the country. They have them all under one umbrella and the way that they’ve grown organically - that they keep the chefs in the group and get another restaurant rather than lose the chef I think has been great.  So they would certainly be high on my list of favourites.

I love what Anthony Demetre’s done at Wild Honey and Arbutus. I love what he does because he’s taken really good food into such an informal environment but not compromised the quality of the food. It’s very difficult to pick one - I’d like all of them because they all do such good food!

Do you think the Michelin Guide is broad enough to recognise the success of restaurants like Russell Norman’s Polpo and other more casual dining place?

I think they’re great - they epitomise the new wave of restaurants that are opening in London right now. They are the sort of places that people want to go to and spend their money. What Michelin did when I was there and I’m sure will continue to do is evolve and adjust to recognise these sorts of places. They are not what people think of traditionally as Michelin restaurants and the guys said they were staggered when they were approached by Michelin to appear in the guide.  They said - “I’m not a Michelin restaurant” - but they really are! They serve good food and that’s all we cared about.

Maybe a few years ago - there was a perception that to achieve the three Michelin stars, you had to be very prescriptive in the type of restaurant in how you served your food and more.  Has Michelin loosened up at all in allowing London restaurants that don’t tie into those specifics?

I think lots of them do - look at Ducasse, the last one we gave three stars to - that’s typical Michelin. Then look one beyond that to Heston. He bought a pub, did it up and he just happened to cook great food. And that got three stars very quickly and it didn’t have all the trappings normally associated with Michelin three stars. But there was the quality of the food on the plate and the originality in what he was doing that separated him from anyone else. And we very quickly recognised that. I don’t think anyone else has gone quite so quickly from one to two to three stars - certainly not in this country - in about five or six years. He went almost obscenely quick through the three stars because he was that good. It had two knives and forks in our guide which is quite a modest classification in terms of comfort and decor and service (although it’s possibly got a little more three starrish recently).

What about the elevation from two to three.  What is the magic element?

Well three stars is all about quality and originality really - those two things. We don’t usually give three stars to people that are copying what other people do. They have got to be original and have got to put their own signature on their cuisine.  Something that stands them out as being a bit special.  And the quality’s got to be there in everything that they do. That’s really it.

It sounds easy when you say it like that!