The burgermeister: Byron’s Tom Byng about why the humble meat patty is the biggest food story in London 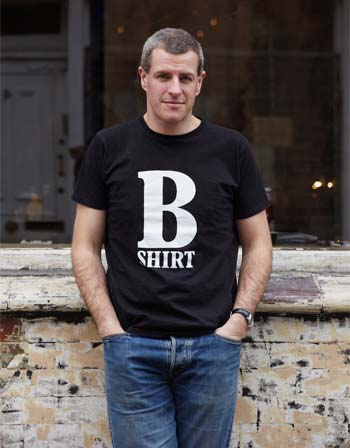 Less than four years after he opened his first Byron on Kensington High Street, Tom Byng has just opened his sixteenth burger joint. He tells Hot Dinners his vision behind a new kind of chain restaurant and why he thinks simple is best when it comes to burgers.

How do you respond when people ask you to list your favourite burger joints?

It's very subjective. Ask a hundred different people what their favourite burger is and you'll get a hundred answers - it's very personal for lots of people and I think that's because hamburgers are so nostalgic, aren't they? Everyone grows up remembering which hamburgers they ate when and where. There's a great sense of ownership with favourite hamburgers.

When someone asks me to come up with a list I choose my personal favourites. I don't try and go scientifically, I just go for the things that push my buttons, which are simple and classic - that's what hamburgers were invented to be. Portable, you can hold them in one hand, a beef hit, cheese and a bit of a bacon, something to get that savoury, saltiness thing going. I just don't like fussy, complex, intricate, fancy, creative hamburgers. We cook it medium - pink in the middle - and we have a soft, squishy bun.

What would your horror hamburger be?

The Kiwi burger - do you know what that is? I love New Zealanders and Aussies and I get a hard time from them for not doing a Kiwi burger which is in addition to the beef patty, pineapple, beetroot, fried onions and cheese. It's just not for me.

How did you come up with the idea for Byron?

I had two restaurants in Notting Hill - Zucca and 192. The decision to change was for various reasons, most of them related to the lifestyle. Byron was born out of a frustration in being that sort of restaurateur - it takes its toll on you. I was always either fishing people out of prison or hospital or never quite making it to the airport for a holiday because something wasn't going to plan.

I sat down and thought I love what I do, but I've got to do it differently. You either live and work in one restaurant and it is your life forever, or you have two or three that are phenomenally successful or you do quite a few of them. At that stage in my life I thought I had to reassess what sort of restaurateur I wanted to be. I wondered what I could do that I could do a few of.

I'd spent some time in America in my twenties and I always remembered the simple, tasty hamburgers I used to have at one o'clock in the morning, slightly the worse for wear. It just occurred to me that there was nowhere in London doing that type of hamburger. So I set out to replicate that simply-done but also properly done, delicious, classic hamburger.

Were you surprised when burgers ended up being such a huge food story in London?

I thought it was so evolutionary what I was doing, rather than revolutionary - I just wanted to do a cool burger joint. I was quite frankly amazed by the extent to which people responded to what we were doing. And then there seemed to be this generic increase in interest in hamburgers generally. 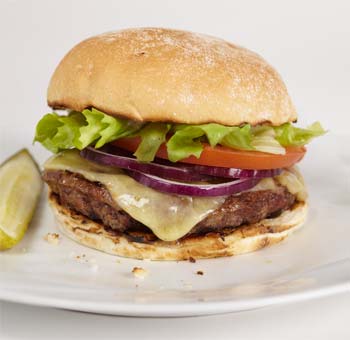 Did it take a long time to come up with the concept?

When we started, it was four or five months in development. There was quite a lot of work getting the right beef and the right burger recipe but beyond that it was a few weeks spent in New York eating hamburgers, coming back and going it's all about simple things done well with conviction and confidence.

So let's not do a massive menu. But let’s do things like make stuff on the premises, use well-sourced ingredients. Let's have staff that aren't grumpy or sniffy - let's have a wide range of personalities that are there to smile and make you have a good time. Let's over-deliver on what people expect from a burger joint.

It's a short menu - just six burgers. Do you ever feel the pressure to change it?

You don't have to be constantly growing or changing your menu, if what you do is really good. In order to keep it interesting, we do other stuff around the menu which reflects who we are.

So we just did a royale with cheese for the Royal Wedding which was pretty tongue in cheek. We did a Big D for which we used a specialist butcher in Knightsbridge - O'Shea - and then we always do a special hamburger around Movember which we always support.

You make a big deal about having your mince fresh ground every day. Can you explain why that’s so important?

Because the fresher they are the better. The moment you mince beef it changes in taste, texture and quality - in my opinion. It's safe to eat minced beef up to four days after mincing, but it just doesn't taste very nice we think, after two days maximum. So we commit to grinding every morning and sell 90% on that day and leftovers are all done by lunchtime the next day. Anything that's in the fridge after that, we throw away. We just think it's the difference between a great hamburger and an average one.

We don't have rare breeds of beef in our hamburgers and we're not certified organic. but we do make sure it's sourced from one small abattoir in Scotland. The reason we're guaranteed good beef is because they’re supplied by small farms, not big farms, and small farms use traditional husbandry so you don't get intensive beef farming.

And you’ve just started your second summer with the Byron Shack.

Yes, that’s this mobile thing which goes to festivals. We obsessively make sure that what you get in the field is exactly the same as what you get here. Inside our little van, we have exactly the same chargriller as we have in the restaurant. Hamburgers are ground and delivered fresh every day - whether we're at Glastonbury or the Isle of Wight. Last year was a toe in the water and this year we're at Glastonbury, Port Eliot, Rewind, Alex James Harvest.

One of the ways Byron stands out is that all your restaurants have a very individual look. How did that come about?

One of my big things about the chain restaurants which I hated, is they all look the same - as if they've fallen off a factory line. As people become more sophisticated in how often they eat out, they become more demanding in how they judge chain restaurants and simply to churn out the same looking places isn't good enough any more.

It's not more expensive to do it more individually - instead of getting 20,000 chairs that are all the same, you can get these beaten-up, reclaimed German schoolchairs - it's time and effort that's what's required. In the old days, uniformity and consistency of a chain was reassuring, because the individual guy on the street really wasn't that good. Now that's been flipped on its head.

You’re opening a lot of new places at the moment...

We've just opened Putney and Hoxton and probably have a few more opening between now and Christmas. 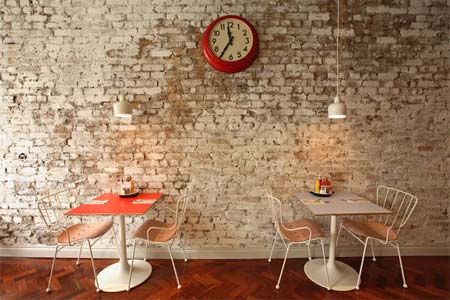 Are you going to stick within London?

We'd love to have the opportunity to serve proper hamburgers to as many people as we can. Whenever the email in-box fills up with emails from people in Manchester wanting you to open, then that's the right time. You've got to find the right balance between being ambitious and having your feet on the ground.

We always like to ask people where their personal favourite places to eat in London are. Where are you loving at the moment?

The places I like to go are Racine in Knighsbridge. My favourite gastropub is the Anglesey. In terms of Soho, Koya is genius. St John Hotel - I had the bacon and beans, the simplicity and conviction of that style of eating is just something really reassuring. I do like Polpo and what Russell is doing generally.

London's so interesting, at all ends of the market, you've got Heston and Pollen Street Social, there's loads of fun places to eat and even down at more budget end, I think it's really good to see a group of operators building chains - which is such a dirty word - who've got their hearts and minds in the right place.

So are you happy now? Did you make the right decision when you started Byron?

That's a tough question. Yeah, I'm happy today. The moment I'm not having fun or don't think I'm doing a good job is the moment I'd have another think. Any restaurateur will tell you whether you've got one, 10 or 100, this is hard work. The moment the customers aren't happy, is the moment you should start to worry. It's been an amazing journey for a humble hamburger joint and I do think we've got a few twists and turns ahead.

Byron has many outlets throughout London.  Find out more on the Byron website, and read our Test Drive of the Islington branch.