Talking to Dan Barber about the wastED pop-up at Selfridges 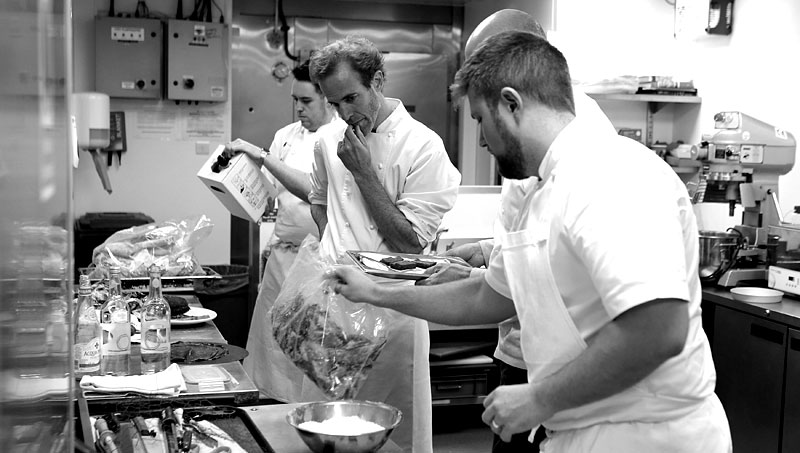 The Dan Barber pop-up, wastED London on the roof at Selfridges, is going to be one of the food highlights of the year in London, but don't just take our word for it. We caught up with the chef himself.

He was on a trip to London and we found him in the test kitchen at Selfridges, working on recipes with his second in command at Blue Hill's, Culinary Director Adam Kaye, and London-based co-chefs Ian Scaramuzza and Jonny Bone. Scaramuzza was previously Head Chef at Hibiscus and is heading to Corey Lee in San Francisco after this. Bone was previously at Restaurant Gordon Ramsay and is following Chef Patron Clare Smyth to her new restaurant, opening this year.

We also get a chance to look at some of the dishes they're going to be unveiling.

In front of us is a dish the group are currently working on, a take on British fish and chips, using skin and bones and waste potatoes. "We're looking at iconic British dishes and then reinventing it a bit," says Dan. There's a charcuterie board with coppa ham from pigs that have been raised on 100% waste. The bread is from old bread that's remixed with barista milk from London's E5 bakery and served up with watermelon rinds and the cheese is Keen's cheddar which has started blueing."

And it's the cheese in particular which illustrates how a dish like this comes about. Chefs Ian and Jonny went to chat to Neal's Yard, beginning a conversation about issues of waste. That led them on a dairy trip to Keens. "One of their biggest fears is blue getting into their cheddars," explains Ian. "which by that point may have been maturing for around two years. So what we want to do is use it, because it's tasty and get people into the idea that they can eat it, even if it's started blueing." 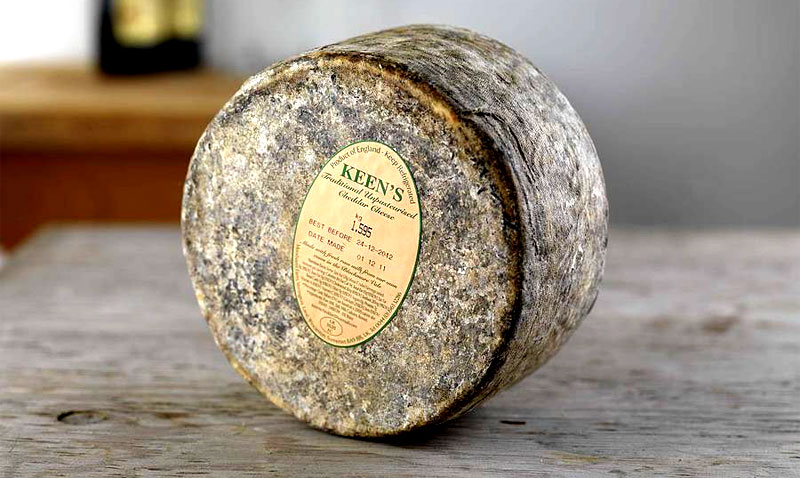 "The goal is for them to be able to sell it like that," says Dan, "rather than it be something they'd end up throwing away and losing money on." "We're asking suppliers and farmers what can't be used because there's no market. Can we create a dish around it and the hope is that it becomes more mainstream than novelty item."

Another dish we're shown is comprised of the cylindrical cores of vegetables like courgettes, carrots, sweet potato, beet and butternut squash, once they've been spiralised. "This is from the Whole Goods' production process," explains Adam, (they supply veg to the likes of Ocado). When I wonder what the dressing is, he says, "We're paying homage to your great food cultures here. This is our take on salad cream made with aquafaba, the water from canned chickpeas. If you whip the water, it comes up like a meringue."

The original New York event was just a pop-up, so why did they make the decision to bring it to London?

"We hadn't planned to do wasteED every again," says Dan. "But the New York pop-up seemed to hit a nerve. And so Selfridges called us. We got talking and it seemed like a great idea on many levels. Thrift is in the DNA of what it means to be British. We wanted to remind you that you're quite good at it and always have been."

Thrift is in the DNA of what it means to be British. We wanted to remind you that you're quite good at it.

He was also inspired by the location on top of Selfridges.

"We liked the idea of it being on a rooftop in central London - the optics will be really nice way. I also like that under the same roof we're in the realm of fashion and of currency and cultural change. Avant garde ideas [like these dishes] have a way of becoming mainstream. We're hoping to show that what some people might think of as grotesque or inedible, with the right gastronomic preparation can be great."

And of course, they have an amazing line-up of chefs taking part.

There are many more to confirm, but so far Hot Dinners can exclusively reveal that the list includes:

Each chef will have a pantry list of ingredients that are at their disposal - or they can bring in their own waste food. "We've put no limitations on it," says Dan. "They'll produce one special every night."

In addition, the pop-up will also be offering wastED afternoon teas. "That's a different chef for a week who is going to take the traditional English tea and turn it on its head," says Dan. "I think it'll be tremendous."

For more details on wastED London on the roof at Selfridges, see our news story.