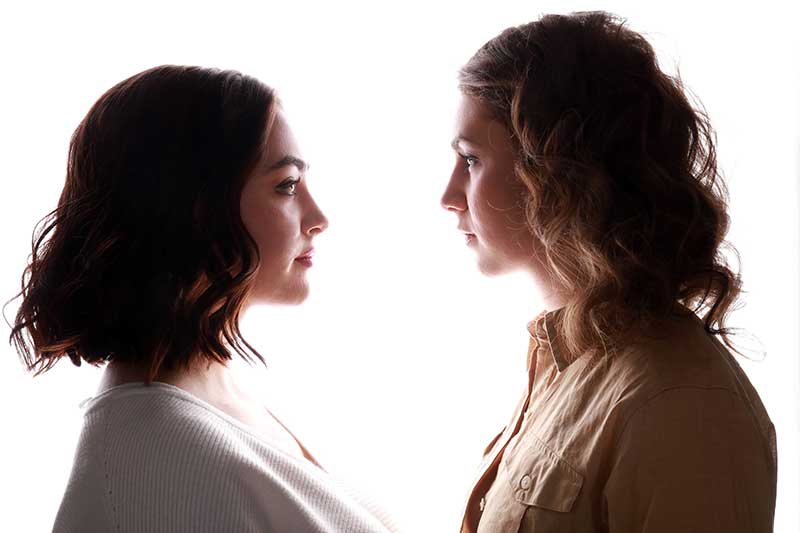 We know you worked together, but how did you decide to go into business together?

Emily: "We met in the canteen at The Ritz. We found out we were both volunteering for the charity Springboards - I was doing wine tasting, Ruth was cooking in people's homes - and we thought maybe we could raise money together at some point. It developed into a business idea - doing exclusive, private events for people. And from there we decided to open a restaurant together."

About 5000 people apparently applied for the show and when the pair made the first shortlist of 30 they handed their notice after spending a gruelling period combining 14 hour shifts at work, hitting the deadlines for the programme and, just to amp up the pressure, Ruth was getting ready to compete in a prestigious chef's competition in Abu Dhabi.

At what point did you decide to give up your jobs?

Emily: "We moved in together to hone our concept and for the first two weeks we just lived off wine and cheese - I didn't even want to check our cholesterol around that time! We had an ultimatum that we couldn't film while working, and we had to take a calculated risk, as they hadn't confirmed we'd be on the programme, so we made a leap of faith and handed in our notice."

That's a big decision - was it hard one to make?

Emily: "We're very hard working individuals and we wanted to work for ourselves. We were at an age where we didn't have any responsibilities. We believe so strongly in our concept but we know that people try and open restaurants when they're young and inexperienced. That's why we went on the programme, to get a backer in the restaurant industry who has that experience, who can teach us and mentor us and we saw that in Atul. It's amazing that he believes in us. 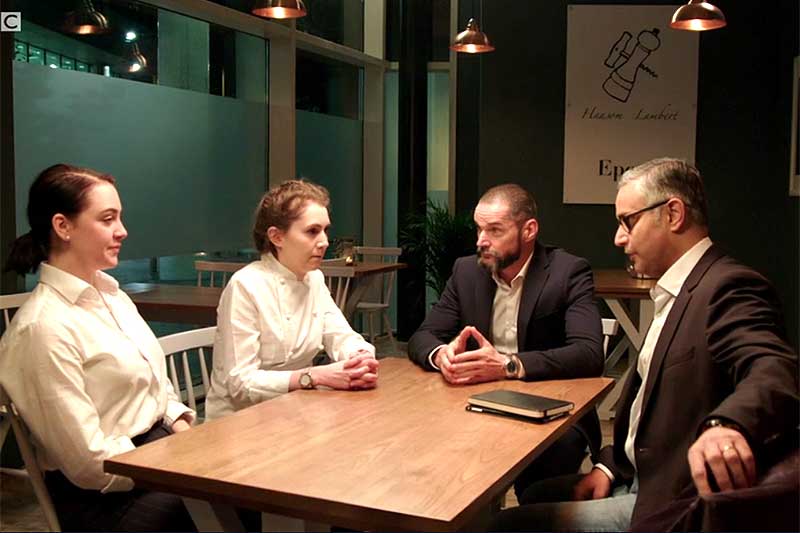 So what's been happening since you appeared on the show (it was filmed back in November)?

Ruth: "We've been finalising our concept - from the show you can see there was a lot of things we needed to improve. So we've gone and shadowed some people as research. We're currently organising some pop-ups - the first one is with Atul at Hawkyn's in Amersham on 6th and 7th June - and then the first London one is in the Frog E1 on the 24th and 25th June.

We're also doing exclusive private events - private dinners or functions at people's homes - and you'll see us start to pop up in a series of collaborations with different chefs across the UK.

Have you found a site for your restaurant yet?

Ruth: "We're still trying to secure a venue at the moment. We originally started looking in central London to see what we could get there. In Mayfair, just the rent is £850k so you'd only have £150k to renovate and get staff hired, initial stock etc. That kind of money doesn't get you too far in central London. We are hoping to find premises in Central/Outer London but we are still at the stage of finding a suitable property that fits our requirements and target audience."

And what about the concept - is it still the same as we saw on the show?

Ruth: "Before it was a sharing thing, but that made it a bit difficult for people to pair wines with, so we've gone with a 5, 7 and 9-course tasting menu with paired wines. But the English thing is still exactly the same - English wines and English produce.

Emily: "I don't think enough people have tasted English wines and fully English produce, so I think it's quite unique. People have seen us on the TV but it'll be nice for them to try it themselves.

So when will we actually be able to book a table at your restaurant?

Ruth: "Definitely by the end of the year."

Emily: "End of October, early November at the latest - we're hoping to be open in time for Christmas."

If you'd like to book Hansom Lambert to cater for your event - they're currently accepting bookings for parties of 2-32 in size - email them at events@hansomlambert.co.uk. To book their event at Hawkyn's in Amersham, book online here. And to find out when tickets are released for their London events, follow them on Twitter @hansomlambert

See who else is competing in the Million Pound Menu TV series - and find out where you can try their food.