Anthony Demetre on Arbutus, Wild Honey and the opening of Les Deux Salons

Chef Anthony Demetre is best known for the highly successful Soho and Mayfair restaurants he runs with partner Will Smith, Arbutus and Wild Honey. On the eve of the opening of the duo's new restaurant, Les Deux Salons, Hot Dinners caught up with him to find out what makes his restaurants such hits. 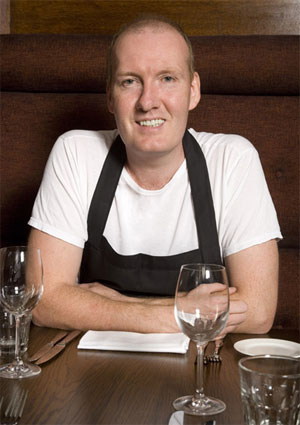 What can you tell us about Les Deux Salons?

What we’ve tried to recreate is a kind of timeless French brasserie – it’s taken a hell of a lot of my time and Will’s time because we’ve been very precise in what we’ve wanted from the designer - Martin Brudnzki who’s done Scott’s and Dean Street Townhouse.  We’ve been very specific right down to the glasses, to the finish of the walls.

Why do you think Wild Honey and Arbutus have proved so successful?

Well there’s just me and Will and another chap, so Arbutus was opened on a shoestring – but we were always confident of the cooking and the service. Looking back on it, we just wanted a place that we would feel comfortable in.  Something very approachable, great value and the real zeitgeist of today.  We were crystal ball gazing because there was no recession – that happened in 2007 and Arbutus was born in 2006.

Even now we have to pinch ourselves and say what’s so different about Arbutus that hadn’t happened before. I think it ticks the boxes for everybody. It’s very accessible in terms of formality, very accessible in terms of price. We thought of everything – the wine policy, the glasses we serve the wine in, the water.  It’s kind of – I hate the phrase dumbed-down – but that’s what we did.

We came from haute cuisine in Putney Bridge, so we decided we were going to do away with that – let’s strip it back and think 'What do we like to eat? What do we enjoy in restaurants?' So Arbutus was born.

Wild Honey followed very quickly as we were very lucky with the site. One of the chaps who dines at Arbutus said to us “I’ve got this site,” (he was the landlord) and told us that they’re thinking of selling – would we look at it? We looked at it and I fell in love with the room.  There were lots of restrictions from English Heritage – things were listed and protected like the cornice and the coving, the oak panelling.  But I kind of like that – the clubby feel .

We put our mark on it – we put a bar in there, some private booths, and put a bit of a mix in there because it’s made more for the hedge fund crowd. We wanted to make it unlike Arbutus in a way because, although it’s only a hop, skip and a jump away, it’s as if Regent Street is the Seine – there’s a very different feel. There are people who go to Arbutus who will never go to Mayfair and vice versa. We get a lot of suits in Wild Honey and if you go to Arbutus, it’s really rock and roll.

So were you always looking at adding another restaurant to the mix?

We were actively searching for a third location. But I’ve been in London over 20 years and I never would have looked at William IV Street.  However, Terroirs went in and have been cooking up a storm and it happens to be my favourite restaurant at the moment. This site [for Les Deux Salons] came up and I thought that it was so imposing. I stood on the opposite side of the road, outside the Post Office, looked at this building and thought – that’s it – that is the one.

My wife is French, Parisian and from a restaurant background. During my sabbatical after Putney Bridge, I took six months off and we had our first child. I toured Paris and the French bistros and brasseries and I thought - I’d love to re-create that in London one day. Cafe Rouge tried it and the food was lousy and so inconsistent, but the idea was there. I thought if we could create a Paris brasserie in London with a London feel, a London vibe and with some London influences on the menu – that’s where I’d like to be. 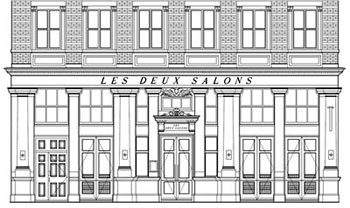 What’s going to be different at Les Deux Salons to Arbutus and Wild Honey – or will there be a difference?

Well, the food is definitely going to have my mark. I love big, butch, masculine flavours. Although there are going to be things on there for the lighter eater because we’re catering for a much wider audience, It’s got 150 seats, double the size of Wild Honey – we’re really sticking our head on the chopping block here. You can go there and have a plat du jour which can be a classic bouillabaisse or cassoulet, or you can go there and have a really, really great cheeseburger. It’ll have Scottish beef and everything is thought of from the bun to the cheese to the quality of the meat – that’s what we do, that’s our job.

The menu is constructed in the French brasserie way – you’ve got entrees, salads, soups, a couple of terrines – it’s a big menu. Then you go into plats du jour – and we want to be known for that. For all the people that work locally – they’ll know that Thursday is cassoulet day and they can go to Les Deux Salons. You can get a cassoulet and a carafe of wine (because we’ve same wine policy as the other two restaurants – all the wine is going to be available by the carafe) for about £25. You'll have what we like to think as great cooking in a real buzzy atmosphere. There will even be tripe on the menu!

You walk into Arbutus and it’s like stepping into a football stadium. I love that and I prefer Arbutus to Wild Honey. Les Deux Salons will be a bigger Arbutus.

We're presuming that this is not the last restaurant from you and Will?

Absolutely not, although I don’t want to tempt fate. If this is successful, then we carry on. I just love opening restaurants and I love cooking.

I’ve known Claude since I was in Paris. I was best man at his wedding and he told me, “I want to move to London”. I said it was the best thing he could do. He’s such a super talent. I’m proud of what we do at the bistro level – but with his haute cuisine I think he’s the best chef in Britain today – and I’m being impartial!

Another great man is Tom Kerridge [from Marlow's The Hand and Flowers]. We’re doing the 10:10:10 for the London Restaurant Festival and we’re cooking together. We speak the same language – if you look at what we’re charging – something like £40. All the other restaurants are charging in the £80s and £100s but the reason why we charge what we do is because I don’t want to fob off people. We’re known for value. Great cooking aimed at real people’s pockets.

Tom Kerridge: The one thing we wanted to get across is that you are able to eat out well without breaking the bank and spending a load of money – that’s both of our ethoses. We have a very similar outlook on food.

Anthony Demetre: We love top-end food – but this is where we want to be.