Looking to escape London, but want to book somewhere where the food's every bit as good as the view? We preview the best new hotels for foodies in 2017

Where is it? South Leigh, in the middle of the Cotswolds

Why should you go? This growing boutique hotel group has a decent reputation for opening hotels with lovely restaurants and bars. Their food is usually local and seasonal and they're proud of their cocktail lists too. Ollie Moore is the former head chef at the Michelin-starred Black Rat in Winchester and he'll be joining the group as head chef here.

Don't miss: Take a walk to the village church which has an unexpectedly graphic end of days 15th century doom wall painting

Rooms: There will be five rooms to begin with, with a further seven expected to open in various outbuildings later in 2017

Price: Rooms start at around £165 at the weekend - and they're giving free fizz to the first 50 people who book.  Keep an eye on their Twitter account @artistresidence for more news

How to get there if you don't fancy driving: Take the train to Oxford. It's about a 20 minute taxi ride to South Leigh 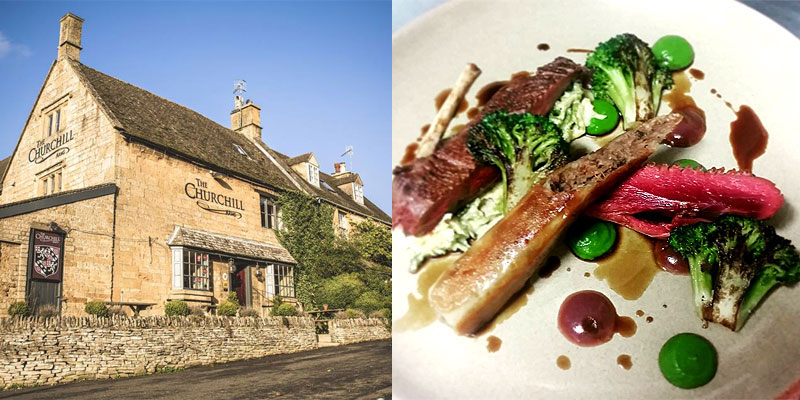 Where is it? Paxford in The Cotswolds

Why should you go? This the first solo venture by Nick Deverell-Smith. It reopened for business in 2016. Deverell-Smith is a former Junior Chef of the Year who worked for Marco Pierre-White, Gordon Ramsay, Marcus Waring and Eric Chavot, before becoming head chef at Soho House and then Dean Street Kitchen. So while there are pub standards like honey roast ham, eggs and chips on the menu there's also lobster mac and cheese for two to share.

Don't miss: Make sure you have a pint of one of their local beers, from nearby breweries Hook Norton, North Cotswold Brewery and Purity.

Rooms: there are just two, cosy rooms above the pub but they still have mod-cons like free wifi and espresso machines

Hot Dinners treat: Mention us when booking and you'll get a free glass of Prosecco on arrival

How to get there if you don't fancy driving: There's a direct train from Paddington to nearby Moreton in Marsh which takes around 90 minutes. You'll need to pre-book a local taxi company to pick you up. 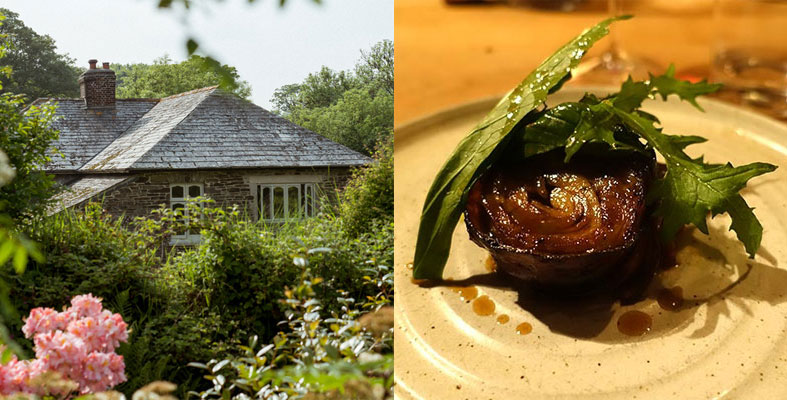 Where is it? Near Launceston, Cornwall

Open or coming soon? Open (although they're currently closed for January)

Why should you go? This is the much-talked-about opening joint venture between Tom Adams of Pitt Cue and New York-based chef April Bloomfield. We LOVED it when we went down here and can't think of any foodie who wouldn't. Read our Test Drive

Don't miss: Creating your own cocktail concoction in the honesty bar with their homemade cordials and tinctures.

Rooms: Five ensuite rooms - one with an adjoining bunk room.

Hot Dinners treat: Make sure they know when you book you saw this in Hot Dinners and you'll get a free cocktail while you're there. 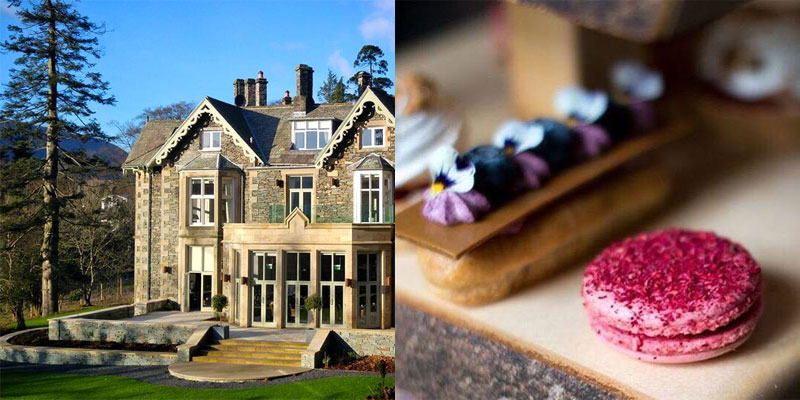 Where is it? Grasmere in the Lake District

Why should you go? Mainly because in the kitchen is Kevin Tickle, former sous chef and head forager at L’Enclume for eight years. Four million was spent doing up this Victorian hotel and it shows - there's a one acre farm that aims to supply up to 70% of the produce needed and Kevin's got 43 more acres of woodland to forage.

Rooms: There are 20 bedrooms featuring beds and carpets made locally, they're happy to accept dogs and there's a rather beautiful accessible room/suite too.

Price: Dinner, bed and breakfast from £299 based on two people sharing

Hot Dinners treat: mention us when booking and they'll serve up a free mocktail with ingredients used from their kitchen garden for every guest - applicable for lunch or dinner.

How to get there if you don't fancy driving: It's just over a three hour train ride to Windermere and then a half hour bus from there to Grasmere. 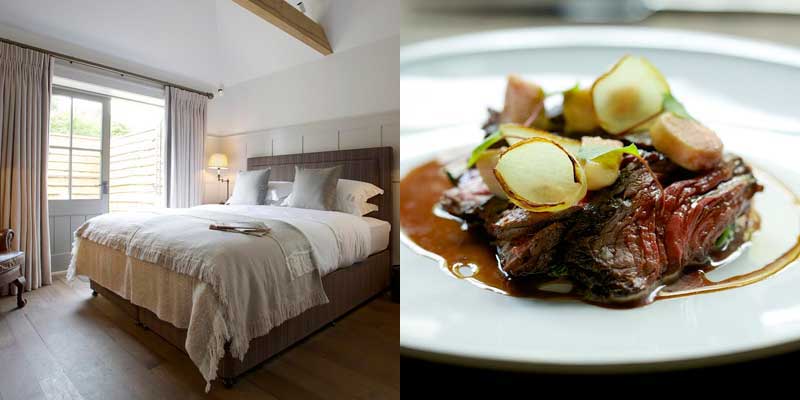 Where is it?Near Henley on Thames

Why should you go? The hotel was recently lovingly restored (reopening in the summer of 2016). At the stove is the talented chef Michael Chapman, formerly head chef of Michelin-starred The Royal Oak at Paley Street. The seasonally changing menu features locally-sourced ingredients from Berkshire’s top producers and farmers, whilst the seafood is delivered daily from Brixham boats. There's also an extensive fine wine list.

Don't miss: The impressive selection of locally brewed ales, as well as a range of artisan beers from nearby breweries including West Berkshire Beer, Rebellion, Captain Wingtip and Lovibonds Henley Gold. For gin enthusiasts there is an extensive artisan gin and tonic list

Hot Dinners treat: mention us when booking and they’ll serve up a complimentary gin cocktail using an artisan gin of your choice with all the garnishes for every guest

How to get there if you don't fancy driving: Take the train to Maidenhead (roughly 40 minutes from London) then it’s a 10 minute/£10 taxi ride to the hotel 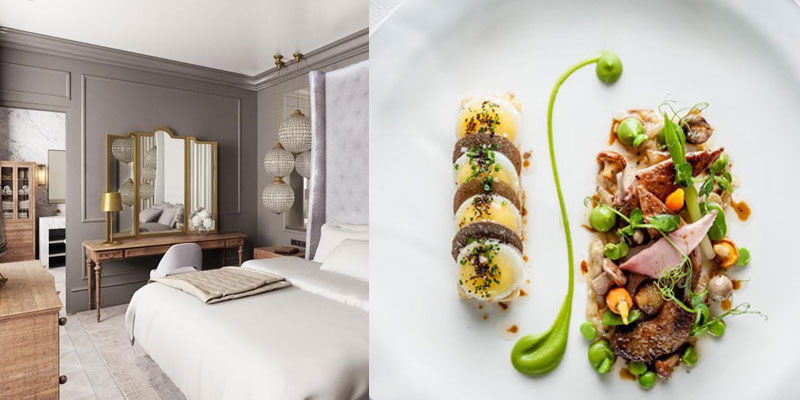 Where is it? Exmouth, just outside Exeter

Why should you go? This is the new home of Michelin-starred chef Michael Caines, formerly of Gidleigh Park. He's now at this Grade II listed Georgian mansion, complete with 60 seat fine dining restaurant, overlooking the Exe estuary.

Don't miss: a walk on the foreshore at sunset. Super romantic.

Rooms: There are 21 rooms - stump up for a deluxe suite and enjoy side by side bath tubs overlooking the estuary or your own fire pit.

Price: An overnight weekend stay in May with dinner starts at around £550.

How to get there if you don't fancy driving: Take a train to Exeter St Davids and transfer on to a coastal train to Lympstone village. The hotel's a 15 minute walk or someone will pick you up. 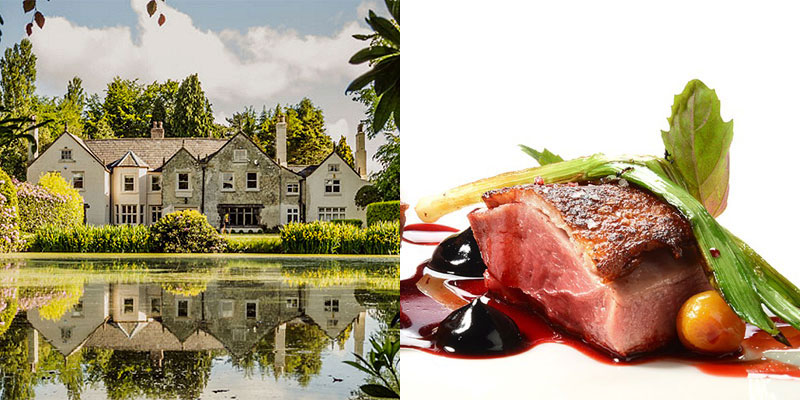 Where is it? Ormskirk, Lancashire

Why should you go? This gorgeous Tudor house has spent the last year or so being sensitively renovated but the star of the show is Mark Birchall, another L'Enclume alumnus he ended his nine-year career there as Executive Chef and previously worked at The Walnut Tree and Northcote Manor. Food will be modern British with a distinct local bent - think Crab with almond, turnip broth, celeriac and anise or Herdwick lamb with Jerusalem artichoke, hazelnut and ale.

Rooms: Seven in total - five in the main house and two in the gatehouse adjacent to the lake.

Hot Dinners treat: Mention us when booking and get a free glass of Henri Giraud Esprit Nature NV champagne per guest with any dinner reservation.

How to get there if you don't fancy driving: It's a 2.5 hour train ride to Liverpool and then a local train will take you to the hotel's doorstep at Town Green in about 30 minutes.