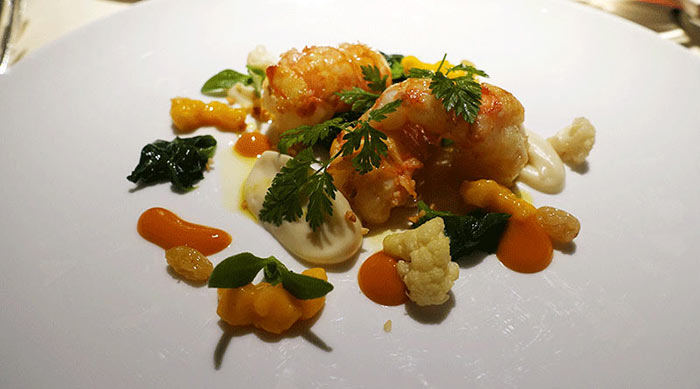 You'll probably know that this two Michelin-starred hotel in the English countryside, run and part-owned by Raymond Blanc, is a pretty special place. But you may not know the whole story. When Blanc opened Le Manoir back in 1984 it picked up those two very hard-to-get stars immediately and has kept them every year since which is one hell of an achievement.

And how did he do that? Well, we went for an overnight stay to discover what gives it that star quality. 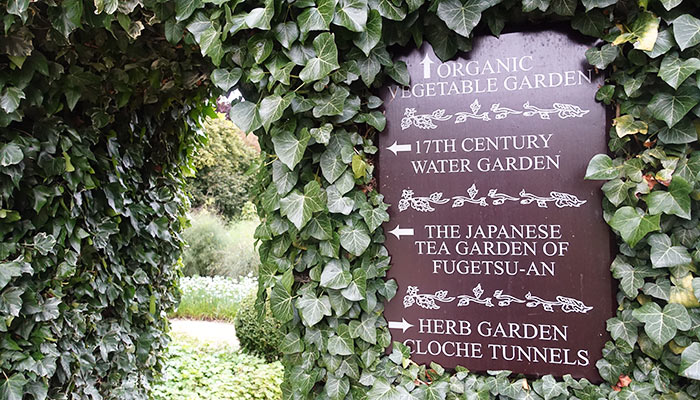 Finding your way around Le Manoir

The honey-coloured stone estate is actually very close to London. Get a fast train from Marylebone and you'll be at the nearest train station (Haddenham & Thame) in under 40 minutes. Spreading over 30 acres, there's the main manor house, part of which dates back to the 15th century and then a mixture of ancient outbuildings and more modern additions, including a cookery school and brand new events space.

And then there's the gardens - an utterly beautiful series of manicured lawns, orchards, millponds and extensive kitchen gardens. If you have time, get a proper tour of it - they are seriously impressive.

There are eight categories of room, ranging from comfortable superior rooms dotted throughout the hotel and grounds to a wide range of suites. We were put up in L'Orangerie - one of three garden suites at the top end of the range. At this price point you get your own part of the garden, a private terrace and lounge, massive room and bathroom - it was one of the swankiest rooms we've ever stayed in. There were homemade chococolates waiting for us, along with fruit from the garden and a decanter of madeira should we be thirsty at any point. And yes, we did attack it later that night.

Everything has been considered for the guest, from a pillow mist spray of local lavender to ensure a good night's sleep to tiny cloth bags to take away the olive oil soap when you leave.

Gardens at Le Manoir - where much of the food comes from

Much is made of the link between Blanc's menus and the seasonality and provenance of the food and quite rightly so - there's a huge amount that comes direct from the gardens. At one point this summer they were getting through hundreds of courgette flowers every day - but were entirely self-sufficient in them. More than 70 varieties of vegetable are grown here, and 90 different types of herb and micro herb.

And that's before you get to the orchards with hundreds of apple and pear trees as well as sloe and plum hedges. Hell, they even have their own mushroom valley. 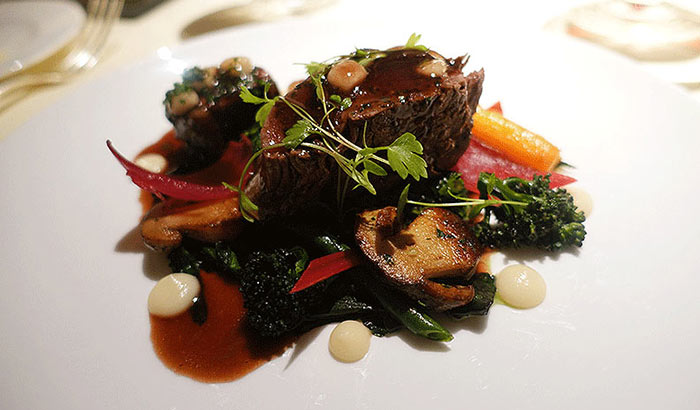 We kicked off our evening with pre-dinner cocktails and canapes in one of the three interconnecting lounges and bar areas. Everyone around us looked to be celebrating something special - an anniversary, milestone birthday - Le Manoir is one of those places.

The restaurant itself would be lovely at lunchtime too, it's set in a huge conservatory looking out over those magnificent gardens. At night it's a place of humming activity - the place is booked out solid for months ahead of time.

It felt foolish to come all this way and not plump for the larger of the two set menus. You can go a la carte of course, but faced with a five and seven course choice - we went for the latter. And so ensued a meal of memorable greatness. A tomato salad with olive oil jelly set the tone - this was all about flavour (although it's all plated beautifully of course). The plate sang with seasonality and taste, firing us up for the dinner ahead. And what a dinner.

The menus change daily, but from our meal here dishes that stood out were:

Timing when eating such a huge menu is everything and this was served just right giving us enough time between courses to be looking forward to the next. We felt replete but not overfull at the end.

And the service was a joy. You might come here expecting it to be stuffy - it's anything but. 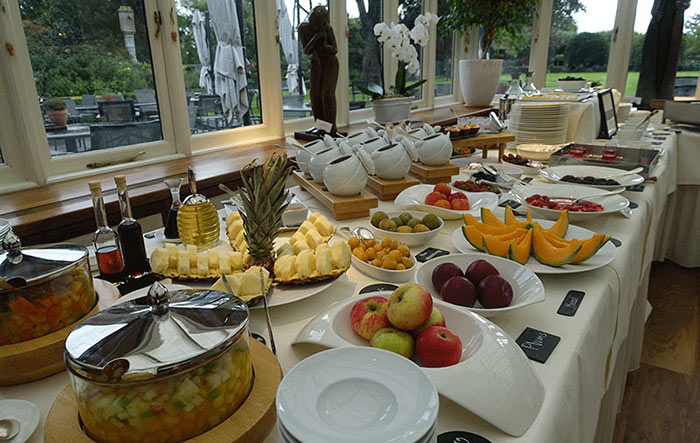 The breakfast buffet (just part of it, too)

There are no tea making facilities at Le Manoir - you tell them what you'd fancy and when you'd like it and you get a call from reception to warn you that a tray with your choice of morning pick-me-up (and some rather lovely biscuits) is on its way.

This might be the point to take another walk through the gardens, because you're going to want your appetite back for breakfast. Breakfast here is a serious spread. There's a bountiful buffet laid out featuring beautiful pastries, breads, cheese, meat and the biggest fruit salad you'll ever see. We plundered that before going for two dishes off the breakfast menu including some of the richest, creamiest scrambled eggs we've ever had the pleasure of polishing off. 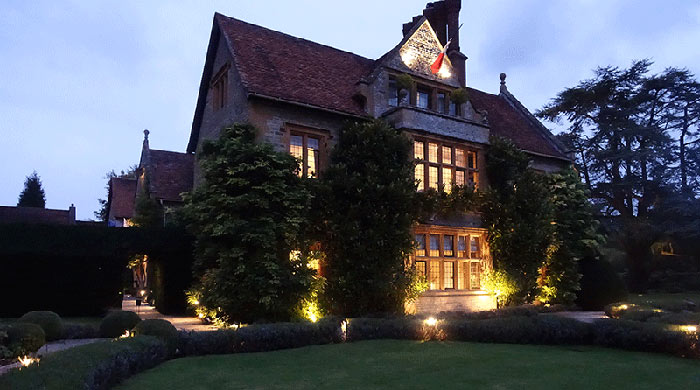 It's no surprise, surely, that for food and luxurious accommodation at this level there's a concomitant price tag. To eat and stay over on a Thursday night as we did would be £930 for two staying in a superior room. If you were to push the boat out and go for our suite, that would be £1760*

Is it worth it? Well a lot of people think so. Certainly you'd probably want it to be for a rather special occasion. But then this is a rather special place. Our meal here was certainly one of the culinary highlights of our year of eating out and we'd say Le Manoir is somewhere you really should visit at least once if you can.

*Prices based on a Thursday night in November 2015. Hot Dinners were invited to Belmond Le Manoir au Quat Saisons.