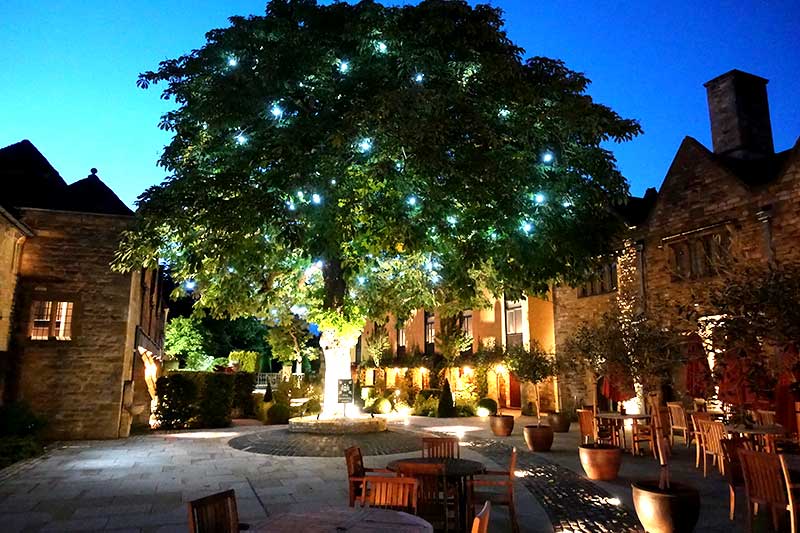 The pretty courtyard all lit up on a summer's evening

Over the years, this Tudor coaching inn in Broadway has played host to everyone from Oliver Cromwell and King Charles 1 to Richard Burton and Elizabeth Taylor. It recently joined the Iconic Luxury Hotels group, who also run Chewton Glen and Cliveden, and has had a lot of money and love lavished on it as part of a massive refurbishment.

Giles Coren reviewed it in the Times earlier this summer calling it "the most impressive dining rooms I have eaten in for work... [serving up] a simple menu of well-executed, mostly British dishes that people will actually want to eat." 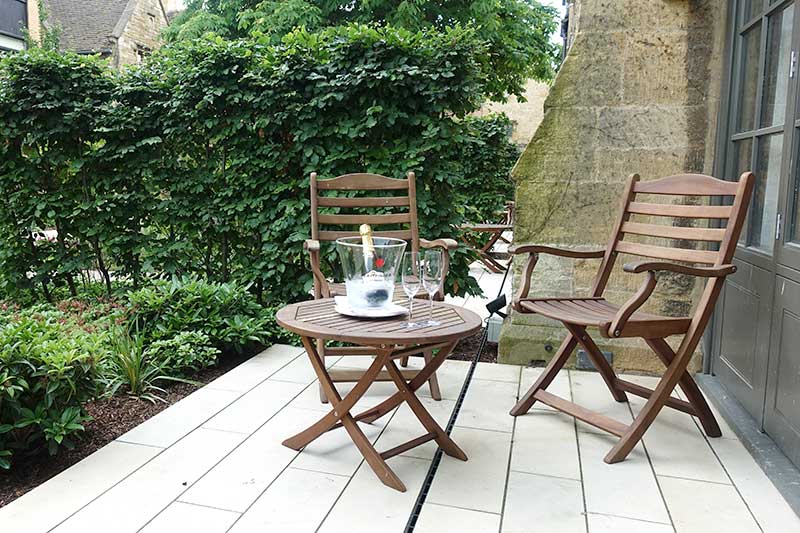 Broadway is a real tourist attraction, being one of the key Cotswolds towns. As the name suggests, it's all higgledy honey-limestone buildings ranging along a main road. Opposite the hotel was The Broadway Deli which had a nice looking cafe at the back with a massive garden and a cutesy barrow of local produce at the front to entice you in. There are also several other pubs here if you want to wander around before dinner. 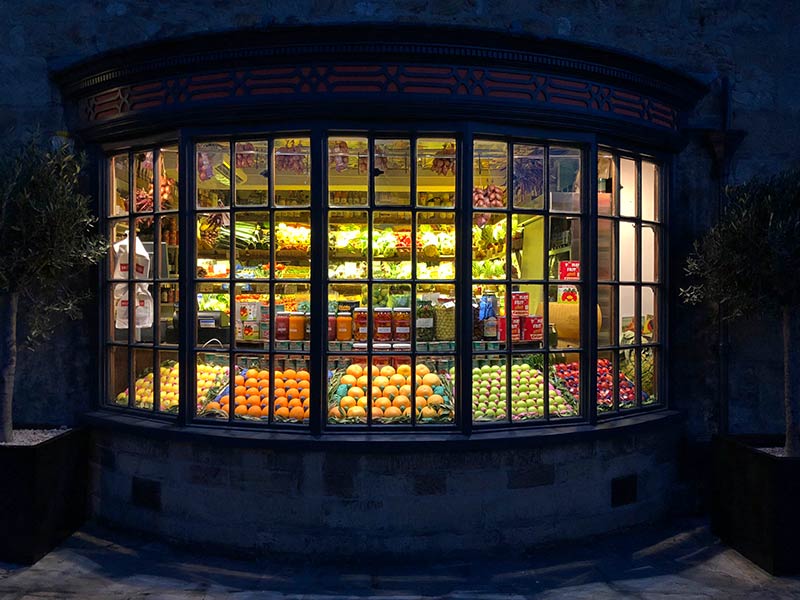 The Broadway Deli - right across from the hotel and beautifully lit up at night.

There are six types of room here, ranging from cosy to master suites. We stayed in one of the higher end ones - a Courtyard Suite which looks out on to the beautiful courtyard and has its own terrace with chairs and table (perfect for a quick glass of Champagne before dinner). 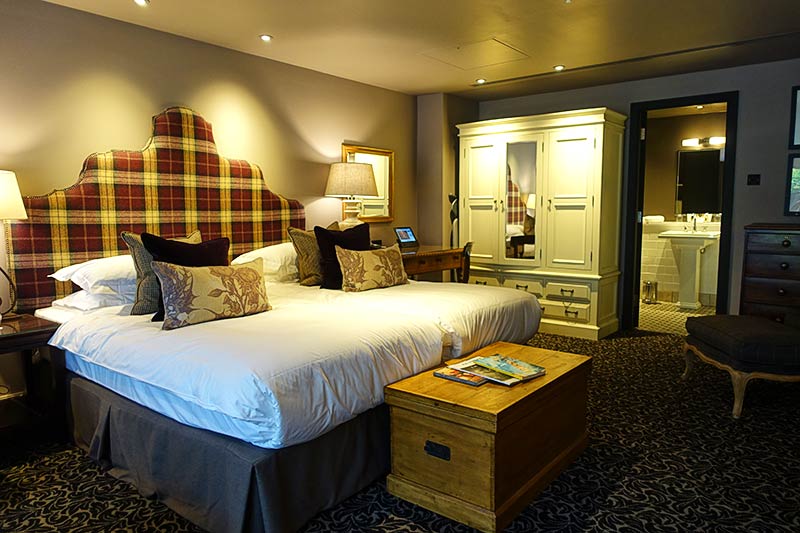 And it was a huge room - with a seating area, mini bar stocked with all the usual goodies, Nespresso machine for morning coffees - what more could you ask for?

You can pick from two separate cocktail bars within the Lygon Arms. The main restaurant has its own bar at the furthest end of the dining room, but we preferred to sit up at the bar by the courtyard where we had an exemplary vodka martini and a Spicy Vanilla Sidecar (both £10).

The hotel has two distinct spaces to dine. Outside the front door and to the right you'll find their wine bar which has a more laid-back menu, think pizzette and British cured meat boards. The wine list here is pretty reasonably priced too, with wines starting at just £6 for a (proper) glass, although you could go up to £350 for a bottle of Dom Perignon. 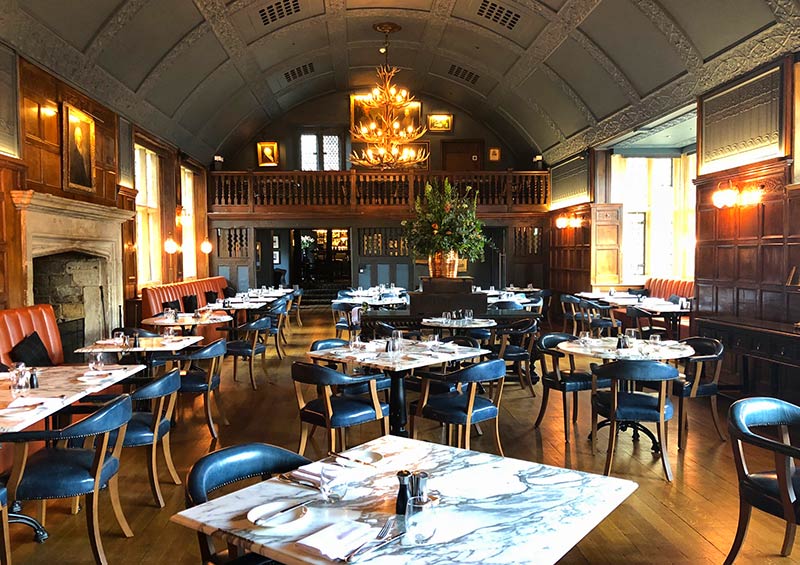 The impressive looking main restaurant - The Lygon Bar and Grill

We ate in the hotel's main restaurant, the Lygon Bar and Grill. And it's quite a spectacular space, designed by Arts & Crafts architect CE Bateman, with a barrel vault roof and minstrels gallery. But it doesn't feel intimidating and has been given a very comfortable modern design with the leather banquettes going well with the antique panelling.

The menu is the kind of thing any regular at a Soho House or Caprice Holdings restaurant would feel totally at home with - lots of easy dishes with great British ingredients and a focus on meat. Here's a selection of the best bits of the menu... 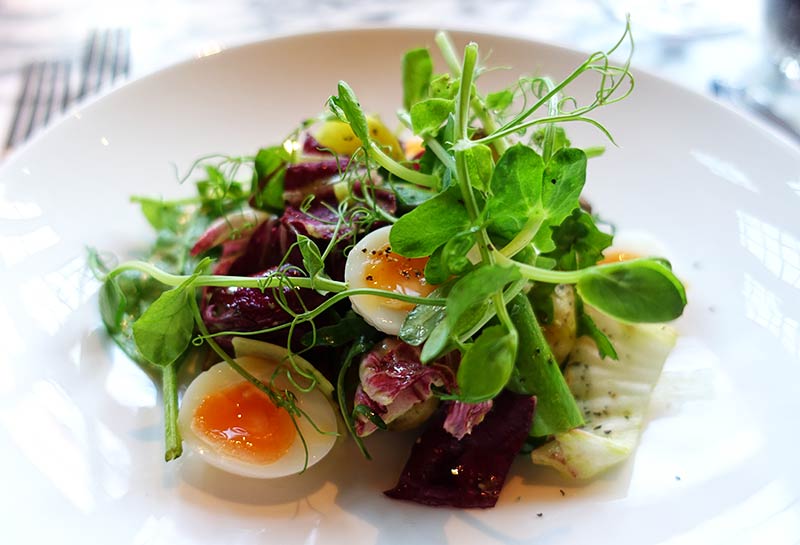 A salad to start -Jersey royals, asparagus, watercress, quail eggs, pasreley dressing (£11 - or £16 as a main, which all of the salads can be served as) 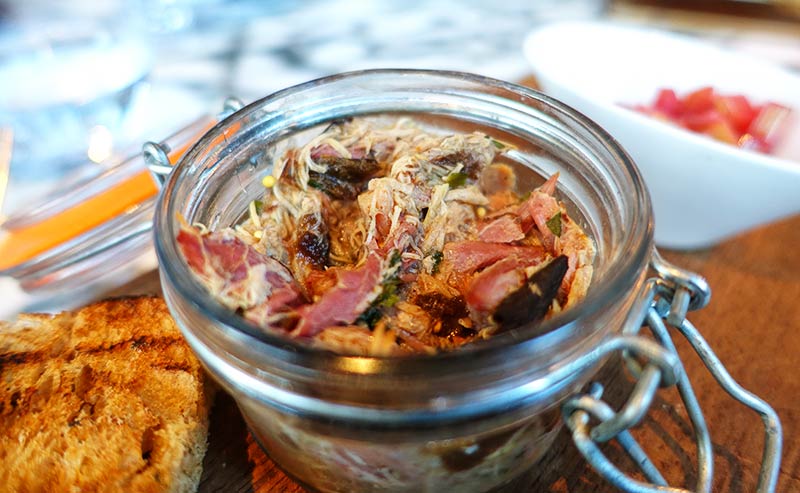 This is the potted rabbit and ham hock, served with sourdough and rhubarb pickle on the side. Whoever knew rhubarb pickles could go so well with this dish. A bit of extra seasoning wouldn't have gone amiss, but a winner otherwise (£9). 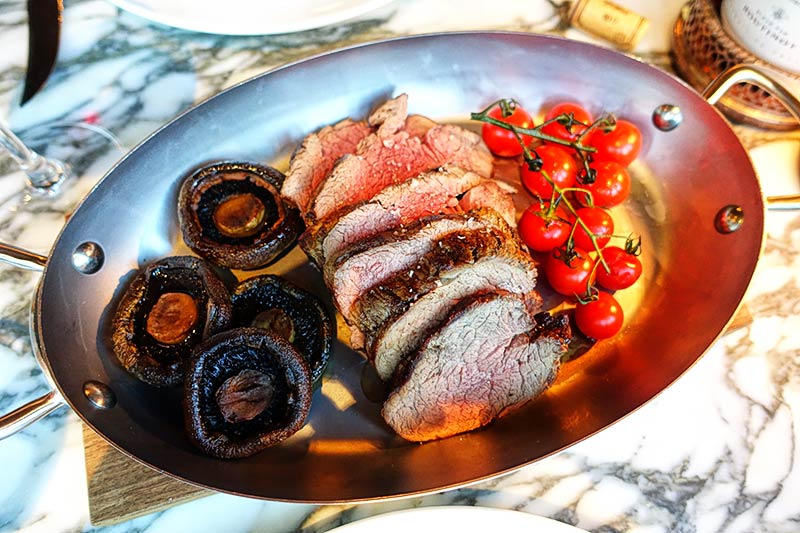 The main event. This was from the grill section of the menu, with rump, ribeye, lamb cutlets a Caldecott chicken on there too. But the 550g dry aged chateaubriand was calling to us (£59 to share). Sides were as you'd expect from a grill restaurant, but they get extra marks for an outstanding cauliflower cheese. 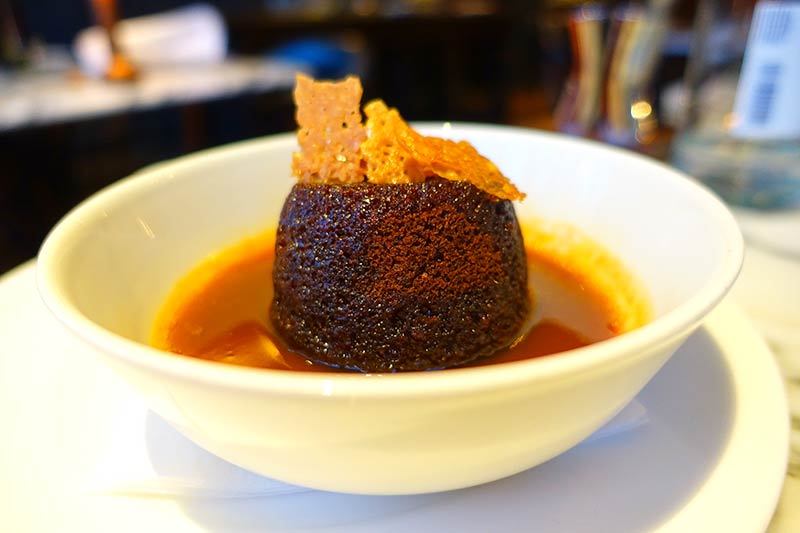 Desserts were eclipsed by this, the sticky date and toffee pudding. It comes with creme fraiche, but we have to think a chantilly cream would be a better match. Top pudding though (£7)

After a little walk around the hotel's gardens, which extend for a long way at the back and end in a tennis court, it was time for breakfast. So we were back in the main restaurant for that - which is actually a lovely bright room. 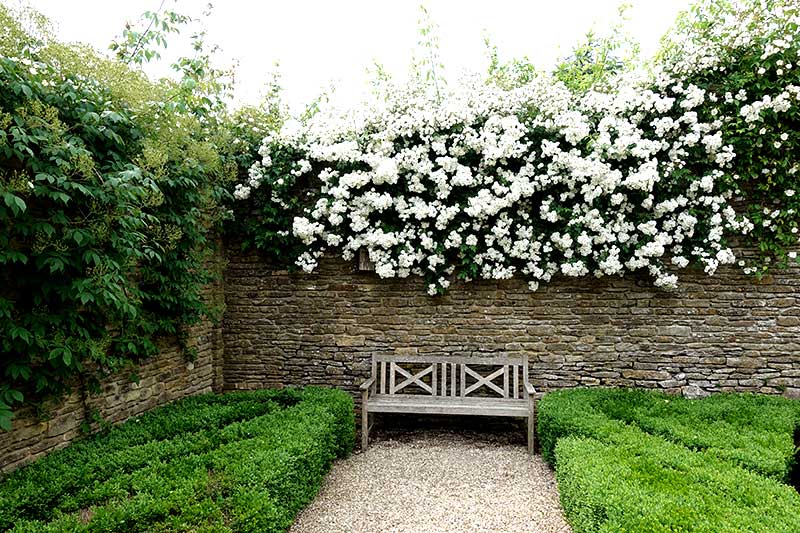 A peaceful spot in the hotel's garden

There are all manner of breakfast options - including avo on toast, smoked salmon and scrambled eggs using local salmon from the Coln Valley and even French toast with salted caramel creme fraiche. But both of us fancied the full English and it was a pretty decent one. 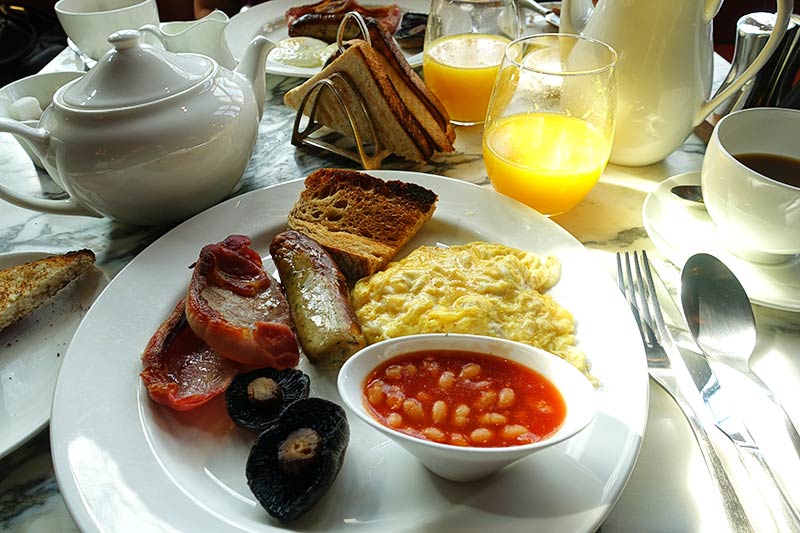 The full English - because, why not?

If you're after a weekend break, but rather like being able to walk out of the door and mooch around a lovely Cotswolds town and - like EVERY other Londoner does - browse local estate agents windows fantasising about moving to the country then The Lygon Arms is for you. It's country lite and we mean that in the best possible way.

More about The Lygon Arms

How much: Cosy rooms at the Lygon Arms start at £195 per room/per night.