Here's why Corfu should be your next minibreak destination 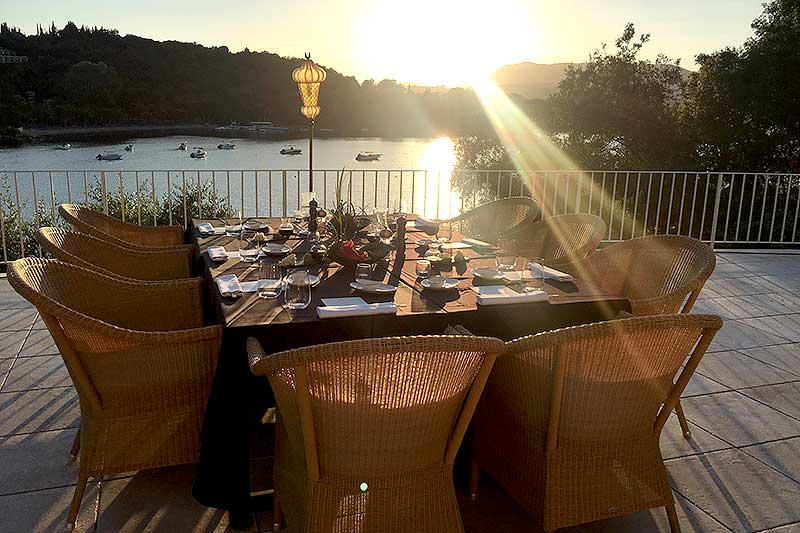 Never thought of heading to a Greek island for a long weekend? To be honest, neither had we before we were invited on a three day trip to Corfu with Grecotel. But with flight times of just over three hours direct, it's actually surprisingly doable.

Our base was the Corfu Imperial. Grecotel actually own three hotels on the Kommeno peninsula - a leafy headland about a 30 minute drive from the airport or Corfu Town - which is studded with drop dead gorgeous villas. It's the kind of place where superyachts drop anchor for the night, giving you plenty to look at if that beautiful view wasn't enough. We also popped in to have a look at Daphnila Bay (an all-inclusive, more family-oriented resort) and Eva Palace which is more of a stylish grown up spot. 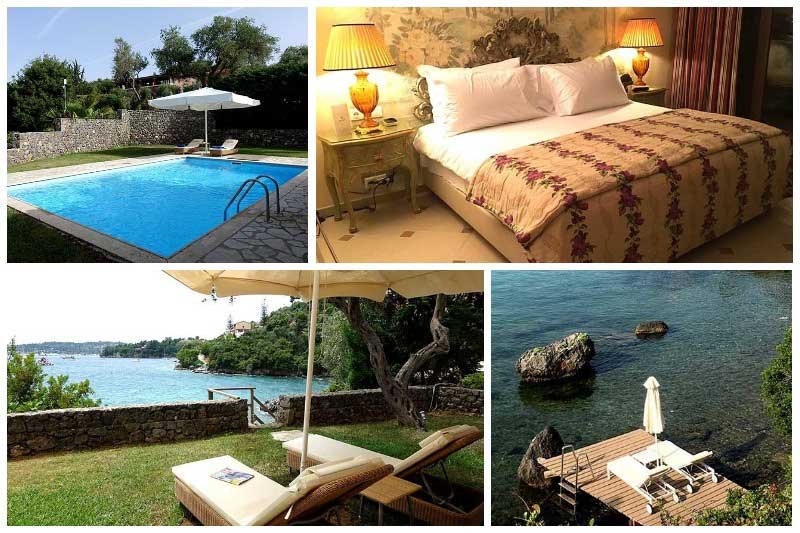 Our seafront suite with private pool, garden and sea pontoon

Well, it was actually more of a mini villa. Our seafront bungalow suite may have been the best hotel bedroom we've ever stayed in. Perched right on the seafront with a wraparound garden it had its own seaside pontoon for sunbathing and swimming AND its own swimming pool. It's a miracle they ever got us out of the place, frankly.

In addition to a pillow menu with choice of cologne to scent our bedlinen with, it also introduced us to the thing we didn't know we needed, but now will look for everywhere we go - a special make-up fridge to keep everything at the perfect temperature. 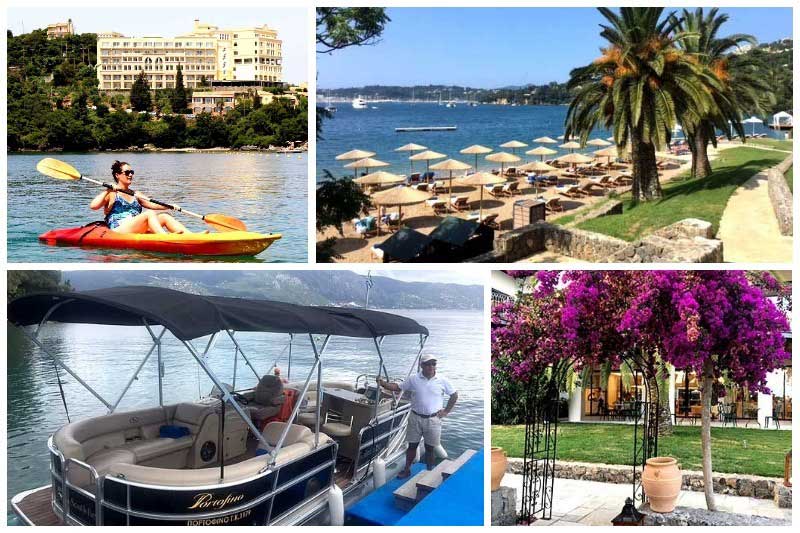 Kayaking, one of the three beaches, the private boat and the lovely grounds

What we particularly liked about the Corfu Imperial was that even with the hotel almost fully booked, nowhere in the hotel's grounds seemed overcrowded. That's probably because there are three beaches to choose from, a massive hotel pool, a quieter infinity pool - and, of course, there was our own pool to dip into whenever we wanted.

The hotel also had a large spa, loads of water sports (we got to have a go at both kayaking and jet-skiing) and they'll also arrange excursions for you on the hotel's own boat, which also brings you to the group's other hotels for free throughout the day. 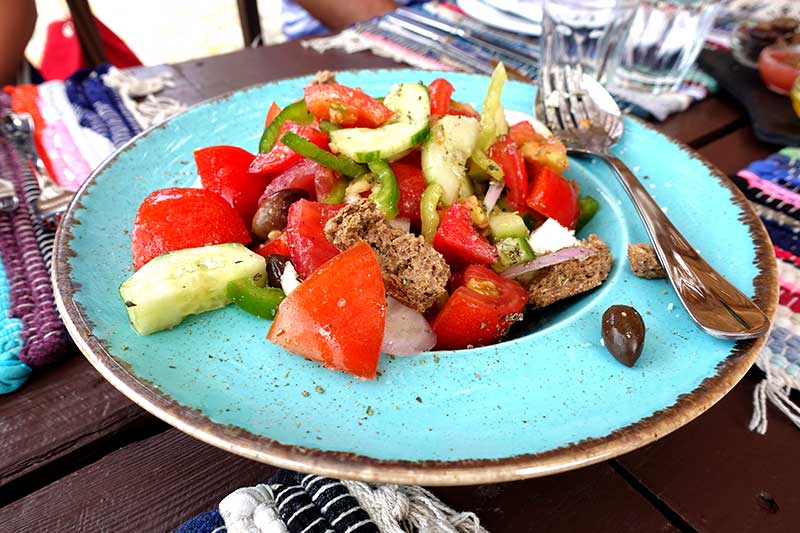 So the Greeks are VERY hospitable, nearly killing us with food - in a good way. Over three days and nights we dined at - among others - a beachside taverna (Daphnila Bay), a steak and sushi restaurant (Eva Palace), a fine French dining restaurant (Corfu Imperial) and a Nikkei fusion restaurant (Corfu Imperial). And because you can roam easily between all three hotels, you could actually spend a fortnight here and not eat in the same place twice. 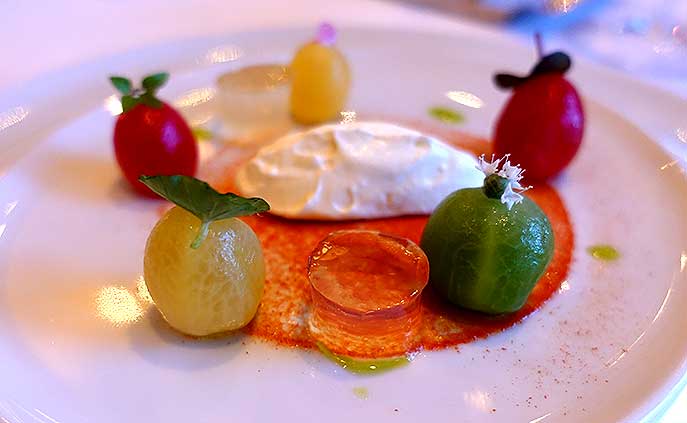 Of those, highlight dishes were: 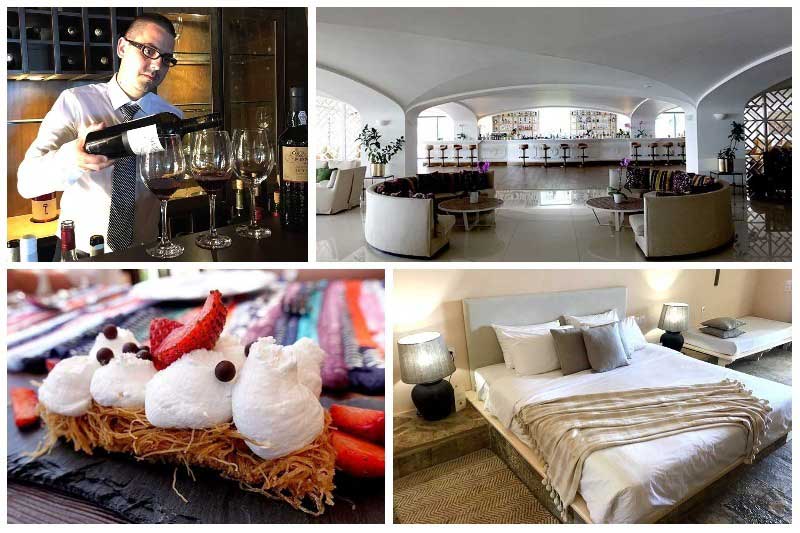 Highlights from Daphila Bay (top left clockwise) - wine tasting, the lobby bar, one of the cave-like family suites and the amazing strawberry and meringue dessert

This trip gave us a thorough introduction to some cracking Greek wines, particularly after a wine tasting session in the wine cave at Damnila Bay where the sommelier there, Stavros, took us through wines like Santo Wines' Assyrtiko from Santorini and a fresh Agreco Moschato Spinas.

A blend of Malagousia and Chardonnay from Roussas Wine was a great daytime tipple and we also enjoyed the choice of Semeli Mantinia Nassiakos at Aristo's restaurant.

If you're a fan of the ITV series The Durrells and fancy seeing some of the filming locations, then this is the hotel for you. Grecotel bought up the Danilia Village, a disused theme park which was built as a replica of 1930s Corfu Town. Many of the village's spots are now used in the TV series, and because Grecotel actually own the village, which isn't usually open to the public, they can arrange private tours for you. 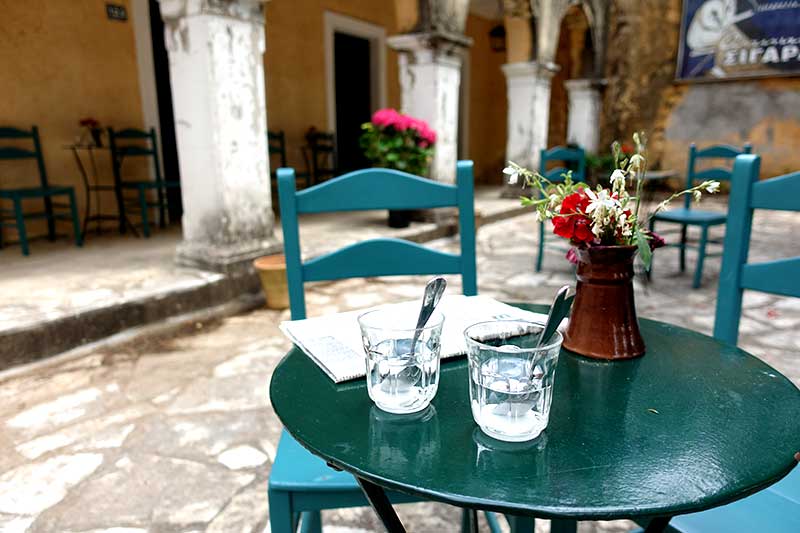 The village cafe used in the TV series of The Durrells

We flew with Grecotel's airline partner Aegean, which actually offered in-flight meals (a little joy we'd forgotten about in an age of budget travel). It did mean having to change planes at Athens but then we did get a chance to check out their shiny new business class lounge there, which makes any stopover way more pleasant.

Hot Dinners travelled as guests of Grecotel and Aegean Airlines.

More about The Grecotel Corfu Imperial