Eating out in Ireland East and West 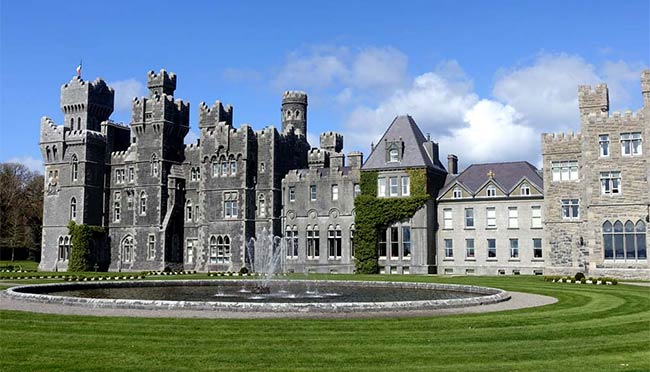 We've been travelling to and from Ireland since we were children and one thing's for sure - the Irish food scene has completely transformed in recent years. On our most recent trip, we took the time to try out some classic establishments and brand new openings in Galway and Dublin to take the temperature of the current scene. 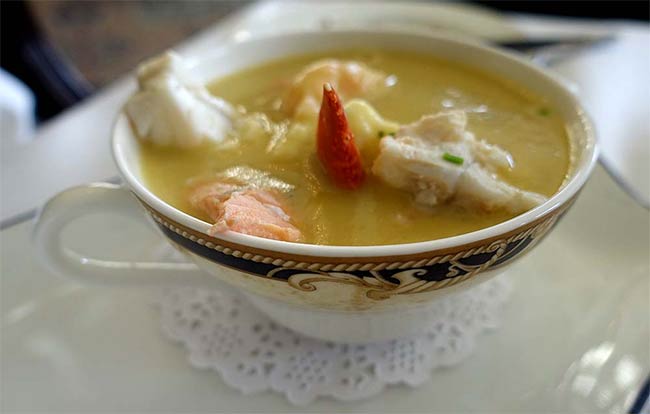 We were staying with relatives for this trip, but we took time out to get a guided tour of Ashford Castle which is just having the final stages of a massive multi-million pound refurbishment unveiled. The castle itself dates back to 1228 with its most famous owner the Guinness family. It's in the most beautiful setting, around an hour from Knock airport (and Galway city), on the shores of Lough Corrib.

The rooms we saw were all suitably lavish - the walls hung with silk, decanters filled with sherry, and - in a nod to their predominantly American market, all have three and two point plug sockets. There's a swanky new billiards room downstairs with cigar terrace and all manner of lovely looking bars and restaurants - they even have their own cinema and launch for touring the lake.

As we were there for lunch, we ate in The Drawing Room which looks out over the lake and ornamental gardens. We kicked off with a Taste of the West board, which was a food tour of the area, featuring a local oyster, air-dried meats and goats cheese (€20). Mains were all well done - a seafood chowder (€19.50) was stuffed with fish and lobster while Ashford's take on the club sandwich featuring locally caught fresh salmon (€16) also hit the mark.

The staff here were insanely friendly - all round us, guests were being greeted warmly. We'd love to stay here if we get the chance in the future. Rooms in high season start at around €500 and previous guests include everyone from Brad Pitt to Bill Clinton. 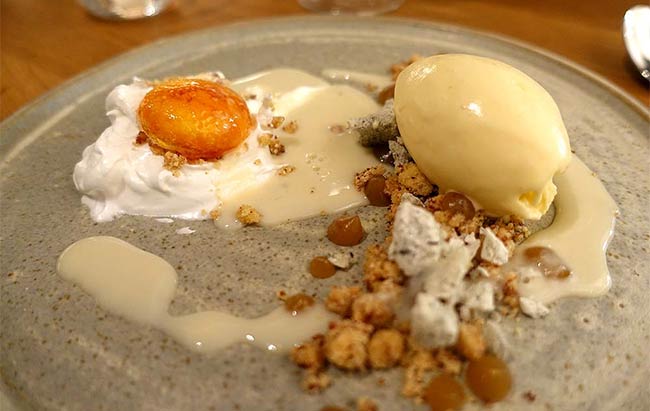 We had heard a lot about the opening of this new Galway restaurant. Chef Enda McEvoy used to be Head Chef at Aniar, which made headlines back in 2013 when it became Galway's first Michelin-starred restaurant. He's now opened his own establishment, a very Nordic-looking dining room referencing his stage at Noma. If your budget doesn't extend to dinner here, there's a decent sized wine bar at the front with its own bar menu - we tried the charcuterie board from here which included Loam's own delicious cured clove beef.

In the restaurant you can choose from a six course tasting menu for €60, but we decided to go a la carte. For Londoners it seemed expensive, with main courses around the €30 mark, but in our experience, this isn't unusually high for Ireland.

From our dinner there highlights on a great meal from start to finish were:

The wine list is mostly organic, biodynamic wines and pretty decently priced. Our Ribera del Duero Joven 2013 Martin Berdugo worked well with the tartare and lamb and was €35.

About a 15 minute journey by taxi out of town towards Connemara, this happens to be Hot Dinners' local when we're in Galway. We usually rock up at the downstairs bistro which turns out decent pizzas and is always busy, but this time we decided to head upstairs to the restaurant which has a Wine Spectator award of excellence and prides itself on its interesting wine list. Our amuse bouches of seaweed crackers with saffron aoili set expectations that weren't quite met by the rest of our meal here. But on the upside, service was great, the dining room was packed and our wine - a Burlesque Zinfandel from California at €30 - both interesting and well priced.

The Saturday farmers market in Galway city is definitely worth a visit - stalls include freshly rolled sushi, Irish cheese, local seasonal fruit and veg as well as South American snacks, crepes and doughnuts. If you're in the area, make sure you pay a visit to Sheridan's Cheesemongers which is right by the market on Church Yard Street. It's a world-class cheese shop (with branches in Dublin, Waterford and Meath) which began as a stall here. Upstairs they have a crackling little wine bar which is worth checking out too.

At this point, Hotdinners2 reluctantly returned to London while I headed across the country for a weekend stopover in Dublin. 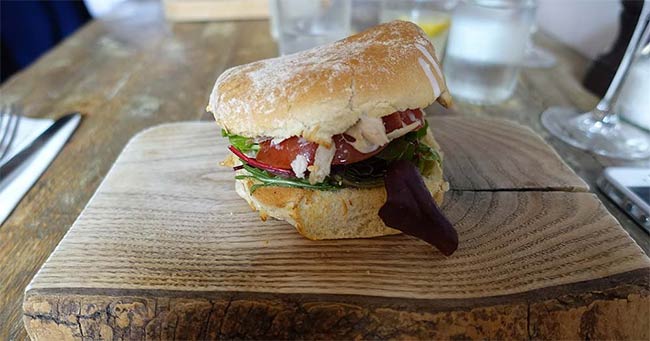 Head for this basement cafe on St Stephen's Green on the early side for lunch if you want a table - it's a popular spot and it only opens for dinner on Wednesday and Thursdays. It's best known for its blaas - a soft, floury roll originating from Waterford and given protected status in the same way as Stilton or Melton Mowbray pies. Located under the Little Museum of Dublin, the cafe sets out to celebrate Irish ingredients and if the smell of the lamb stew wafting past us on the way to another table was anything to go by, it does this in spades. Our blaas (€5.90 - pictured) were impeccably put together, featuring Wicklow cheddar, Irish ham and local rapeseed mayo. If you can, secure a table in the first room - the back dining room isn't quite as enticing. 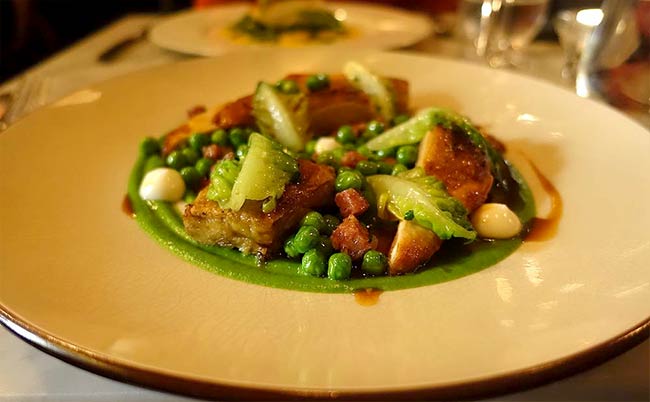 Described by the Irish Times critic as "a gorgeous gem of a new restaurant", Delahunt opened up on Camden Street Lower at the tail end of 2014. And if you're looking for a restaurant that heralds all that's interesting about modern Irish cuisine whilst not forgetting the city's heritage, then here's where to come. It's not the most preposessing of areas - definitely somewhere on the up and up. The building used to be an old off-licence but it's been cleverly renovated, retaining an old storage snug at the back of the room for the nicest private dining room we've seen in ages. And so to the food.

Our meal kicked off with crispy pigs ears (€4) - we were expecting scratching-like crunchers, but instead got soft, breaded bits of ear served up with a fruity mustard. To accompany a yellow split pea soup (€7) came a teeny Coolatin cheese scone (as light as you like) with a gorgeous little pat of ham hock butter. Of the mains, the standout course was a dish of guinea fowl, featuring a potato cake, studs of Morteau sausage and braised baby gem with a buttermilk sauce (€25). We were too stuffed by this point to make it as far as dessert, having eaten far too much of their delicious Guinness soda bread than was wise. But we enjoyed a relatively (for Ireland) well priced wine list choice of Saladini Pilastri Falerio dei Colli Ascolani (€28).

A lovely food hall along the lines of Dean and Deluca or Eataly which is housed in what used to be Dublin's Telephone Exchange building in Exchequer Street. Over three floors it features a food shop on the ground floor (with small cafe), an upstairs restaurant and basement wine bar. Londoners might consider it rather bijoux and from a vistor's perspective, I'd have preferred it to have featured more Irish produce.

This was much more my cup of Barry's tea and I wish I'd spent more time (and money) here. There's a takeaway sandwich counter and deli in the basement with a floor above devoted to Irish goodies including everything from boozy chocolates made by Glenstal Abbey's monks to Avoca's own-brand champ and other artisan mash. The upstairs cafe by all accounts serves a cracking breakfast and I want to go back for the seafood board of crispy lemon sole, poached Clare Island salmon, roast gambas & Castletownbere crab (€19.95).

it might seem bizarre to be recommending such an English restaurant in the Irish capital. But with Bewley's cafe shut until Autumn 2015 this newly refurbished rooftop cafe which opened while we were over there, with a massive outside terrace, is a more than decent spot to escape to on Grafton Street and has excellent views.