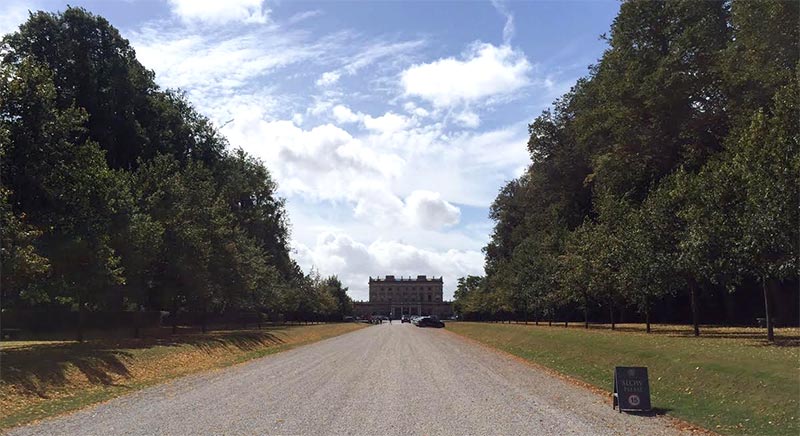 You'd be hard put to find a hotel with a more glamorous and salacious history than Cliveden. Part of the structure here dates back to the year of the Great Fire of London - 1666. The current house was built in the 19th century and has been through a string of owners - including the Duke and Duchess of Sutherland, the Duke of Westminster and - most famously - William Waldorf Astor and his family. Portraits of the rich and famous visiting Cliveden adorn the walls - everyone from Churchill to Charlie Chaplin has been here.

If you come you really must ask for a tour of the house. There's so much to see. We found it fascinating from the Downton-style servant bells downstairs to the sketches of Christine Keeler by Stephen Ward. Because of course Cliveden is also where the Profumo affair unfolded, kicked off by the then secretary of state John Profumo catching sight of London exotic dancer Christine Keeler skinny dipping in Cliveden's outdoor pool. 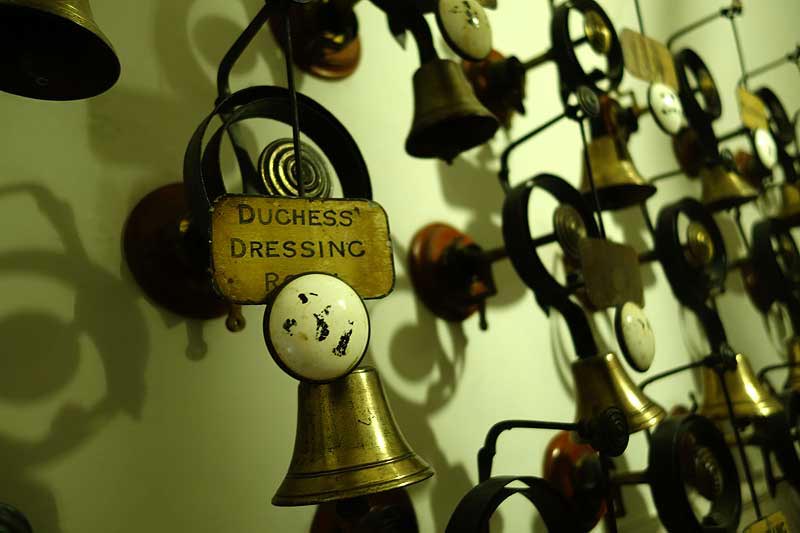 A holdover from Lord and Lady Astor's time.

Cliveden's an easy place to get to from London. If you're heading there by train, then aim for Taplow station and it's less than 10 minutes by taxi to the hotel.

Our room for the night was the beautiful Westminster Suite - one of hotel's deluxe suites in the main house. The huge bedroom had a beautiful vista over the National Trust gardens down to the river Thames and came with a separate dressing room and an enormous marble-clad bathroom.

Checking out the estate 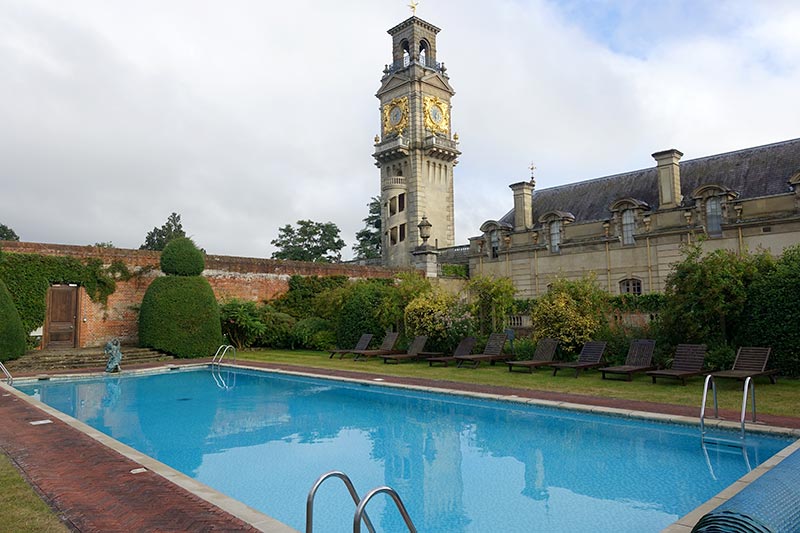 The infamous (and unmissable) outdoor pool.

For city folk like ourselves, landing in Cliveden less than an hour after leaving central London couldn't have been a greater contrast. The grounds here are extensive (376 acres!) and run by the National Trust. From the huge fountain (shipped over from Rome) as you come through the estate gates, to the intricate parterre, maze and water gardens, there's plenty to see making it a great place to walk off any excesses in the dining room.

There is also a small gym and spa area (both of which are going to be refurbished over the coming year) with an indoor swimming pool and the famous outdoor pool which was built in the 1960s. 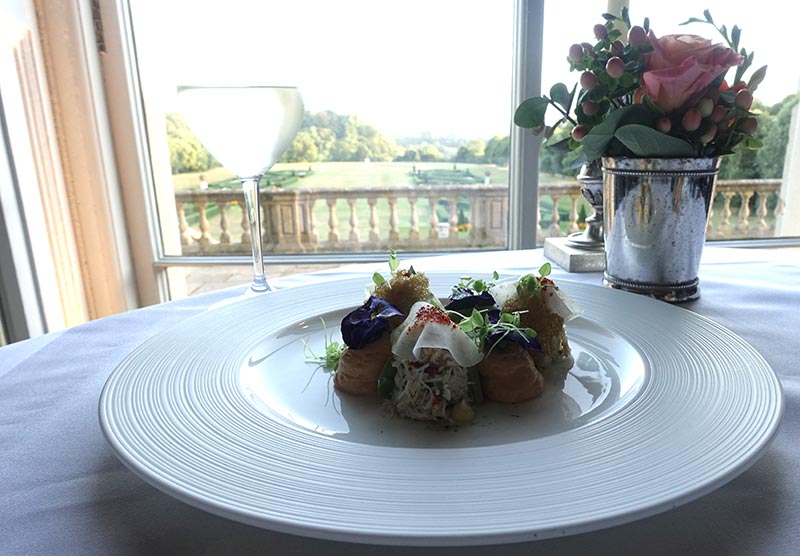 For dinner, the main event at the hotel is the André Garrett restaurant. Londoners will know him best from his Michelin-starred run at Galvin At Windows - he left there to set up his eponymous restaurant here with a wonderful view out onto the gardens at Cliveden.

There's definitely a Michelin touch or two in the restaurant - it's very much a high-end spot with a beautiful dining room, linen tablecloths and exquisitely presented food - but with an eye to seasonality too. We went for the a la carte menu (there were a couple of dishes that caught our eye but, on reflection, we think that the longer tasting menu would be worth considering if you're staying over at the hotel. It's definitely high-end expense-wise, but that's to be expected in these surroundings. 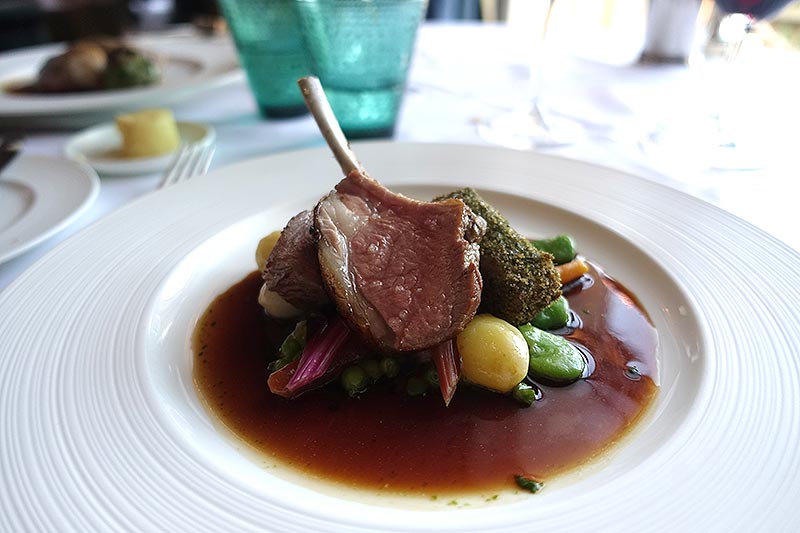 As for the highlights...

Canapes (in the bar) were a real winner and matched perfectly with the cocktails. We particularly liked the lovage crackers with a pea foam dip.

A starter that stood out (and apparently was one of the first dishes Garrett put on the menu) was the tartare of Porthilly oysters and English rose veal, served with Exmoor caviar, dashi, nasturtium and sourdough melba toasts (£17). Modern, fresh and exactly the kind of dish we'd like to see more of at Britain's country house hotels.

We had a special for the day - grouse (it is the season, after all, and we were eating seven days since the season began - perfect hanging time). Two grouse breasts served with a confit ball of the rest of the bird made this an excellent first grouse of the year (£40).

Another trigger on a menu for us is always a good souffle. Oh, and rice pudding. So when they're brought together in a rice pudding souffle, that's pretty hard to turn down. While it didn't quite match the promise of the two dishes being brought together (a bit of compote in the ice cream might have been a good addition), it was still a fine end to the meal. 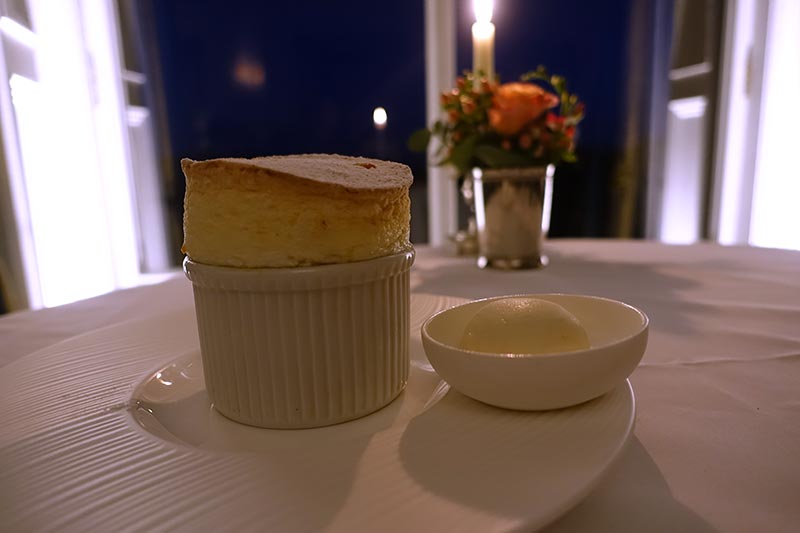 Finally, we were particularly impressed by the cheese trolley which roamed all over Europe with plenty of British, Corsican and Italian cheeses to choose from. 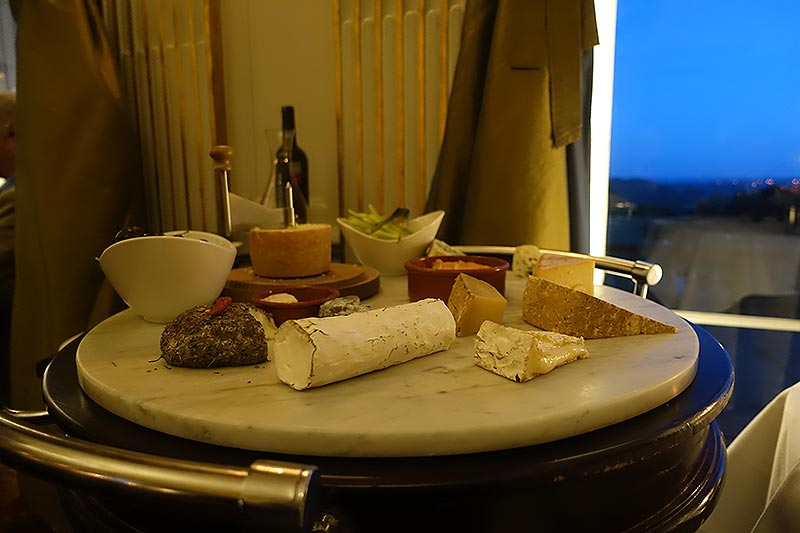 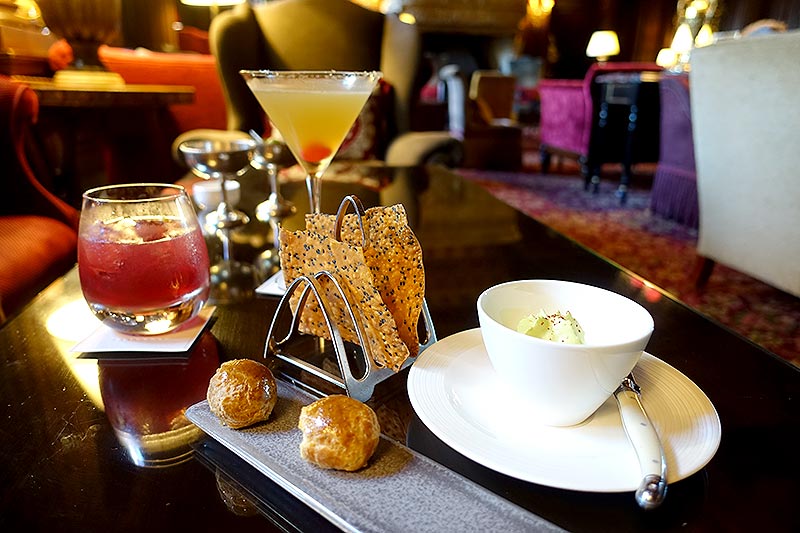 Canapes and cocktails before dinner.

We were frankly surprised by the cocktail list at Cliveden which was a genuinely interesting one - covering everything from signature pours of their own to classics. Our Sidecar and Bramble were expertly made and would put many London bars to shame. The wine list at dinner was similarly eclectic. The Assistant Head Sommelier, Glenda, picked out a number of interesting wines for us to try including a New Zealand Albarino (£11 for 175ml glass) and a `Buio` Carignano del Sulcis from Sardinia (£49).

Brunch at the Astor Grill 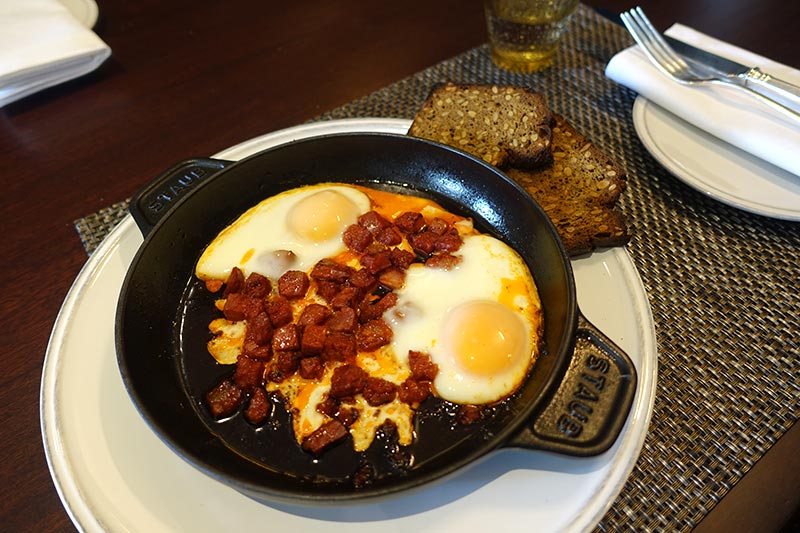 Eggs and chorizo en cocotte at the Astor Grill

New to Cliveden this year is the Astor Grill. It's situated in the old stable block, near the outdoor swimming pool and is more of a brasserie affair than the main hotel restaurant. On the menu, created by Garrett, you'll find steaks, a very good looking burger and more. The whole place looks very country glam and we liked the way they'd used the horse stalls for banquette seating.

We visited for the morning brunch. Although you can have breakfast in the hotel, we think this makes for a better alternative - with slightly more inventive dishes than the standard Full English.  The portions are on the smaller side than some brunch places, but after a big meal the evening before, this suited us just fine. The chorizo with eggs in cocotte and rye soldiers (£16) is the standout dish here, and they also do a great Omelette Arnold Bennett too (£16). 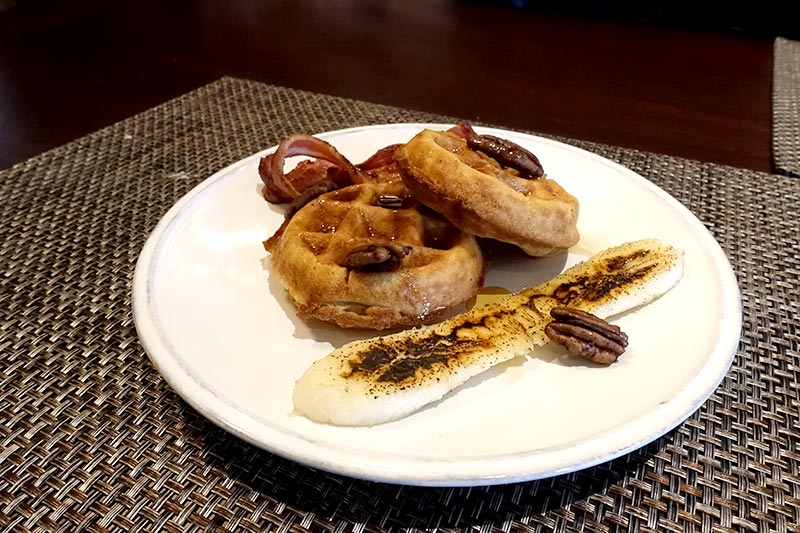 Messing about on the river

If you're here for longer than an overnight you really should try a trip out on the river in one of the hotel's fleet of vintage river craft. Starting at £195 you can hire your own 1930s launch for a boat picnic on the Thames, or join the daily champagne cruise for £50.

A deluxe suite at Cliveden House starts at £1095 but there are more affordable options like the Club Rooms from £445 some of which boast their own hot tubs. Look out for packages which include dining.

Hot Dinners were invited to Cliveden. Prices are correct at the time of writing.