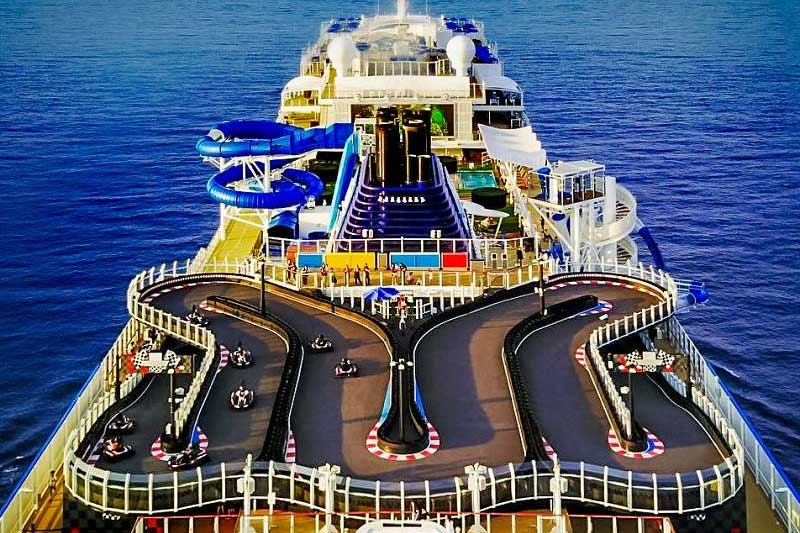 Yes, that is a go-karting track on a ship

When we accepted an invite on board Norwegian Cruise Line's newest launch, taking the ship from its maiden call in Bremerhaven down to Southampton, we were thinking, "April? In Germany? Well, we won't be going for the weather." But then the first proper heatwave of the year cropped up and suddenly two days on the open seas, seemed like a very appealing prospect, even if it was the North Sea rather than the Caribbean.

This was the second time we'd been on board one of their ships - you can read our escapades on the Escape from Miami around Belize and Mexico here. Last time we were hugely impressed by the quality of the food on board. This new ship, with over 2000 staterooms on board, had a subtly different food offering - and a LOT more in the way of new toys.

If you've never been on a cruise before, you might have visions of set seatings for dinner, shared tables and the kind of food that anywhere having to feed 4000 guests a day must have to settle for. You couldn't be more wrong. There are 19 different restaurants and cafes on board and 15 bars for you to choose at your leisure. Food options range from huge Porterhouse steaks in Cagney's to coldwater lobster with fettucine in La Cucina. Best of all, everyone's booking will be "Premium All Inclusive" which means that all tips and almost all drinks are included. Dangerous. 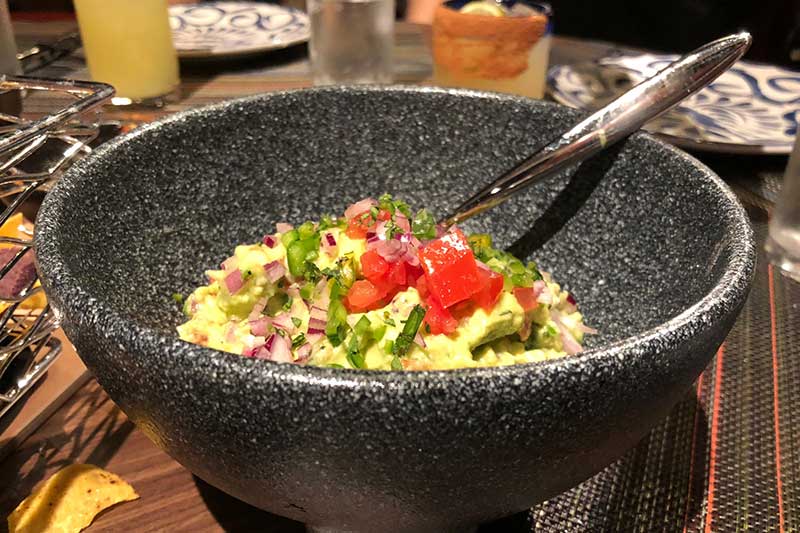 With not quite two days on board, we had to narrow down our options.

Dinner on the first night was in Los Lobos, which we hadn't tried before. They describe it an upscale Mexican. What that translates to is nice touches like their own tequila barrel blend from Patrón for their margaritas and guacamole made tableside. We've sampled a LOT of guacamole over the years, including in Mexico, and this was just about the best we've ever had. Very impressive.

The quesadillas, with a mixture of chihuahua, oacac and cotija cheese, were off the scale and that was before we got the mahi mahi tacos. Overall, a meal that would seriously challenge a lot of London's Mexican joints.

Lunch the following day was a return trip to Food Republic - the restaurant by Miami's Pubbelly restaurant group that we'd enjoyed so much the first time for their tuna sashimi and garlic aioli 'pizza'. But we were saving ourselves for the evening's excesses. After kicking off with a killer martini and Pisco Sour at the bar in the all-suite section of The Haven, we moved on to Q, a Texas smokehouse where the meat's smoked over hickory, maple, and pecan woods and there's entertainment thrown in, with a band fresh from Nashville.

There, highlights were devilled eggs (we CANNOT get enough of devilled eggs), loaded fried green tomatoes, and the Pitmaster Platter which pretty much threw together all the smoked meats from the menu. It might not hit the heights of Smokestak, Pitt Cue or Temper, but it was a high standard for a ship. 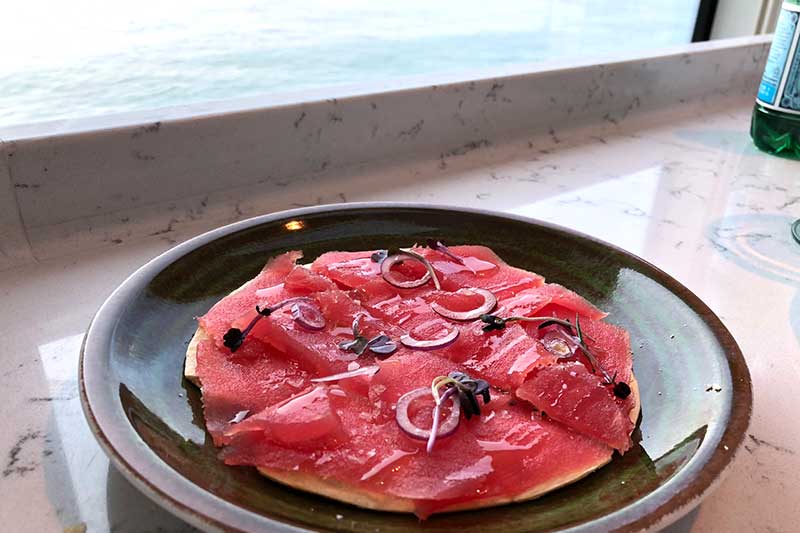 While we're pretty confident you would all love the food on board, we're 100% sure that all the fun stuff that Bliss has would swing the deal.

There are two waterslides - Ocean Loops, a double loop waterslide that extends over the side of the ship and Aqua Racer where you get to race side-by-side on inner tubes. You can spend time trying to outwit your mates in the Laser Tag course, designed as an abandoned space station. Or - best of all - you can unleash your inner Stig and try your hand at go karting on the quite frankly amazing two-level electric race track that snakes along the back of the ship's top deck.

All in all we had a blast in our short time on Bliss. Now we just want to follow it to the States where it'll be spending summer doing Alaska cruises from Seattle and Autumn and Winter based out of Miami heading to the Caribbean.

Hot Dinners were invited on board Bliss as guest of NCL. 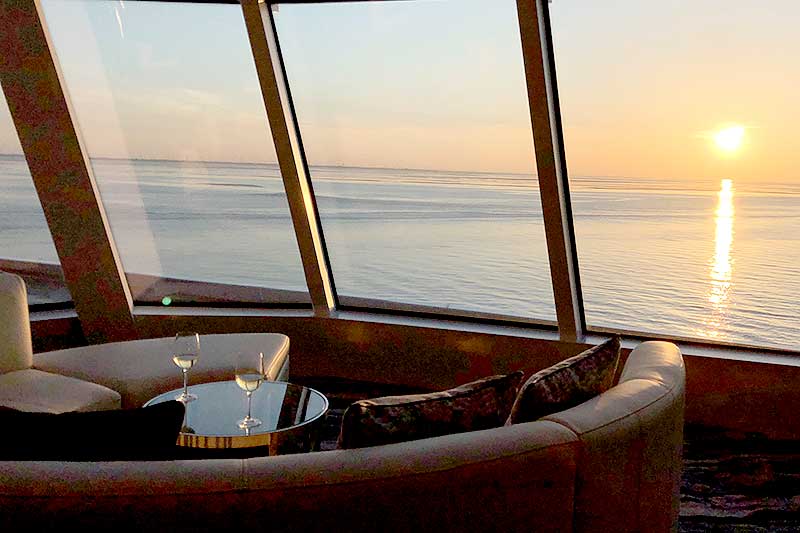 Sundowners in the observation lounge

How much is it? As an example, Premium All Inclusive on an Alaska Highlights cruise from Seattle (flights included) starts at £3,289 per person based on two people sharing an inside stateroom.