24 hours eating and drinking in Edinburgh

If you're the typical Londoner, who's after a quick fix of fun but hasn't the holiday time at work to be taking long weekends off, how about a foodie micro break instead? We spent 24 hours in Edinburgh to show you that's more than enough time to get a taste of what's new on the food scene there. 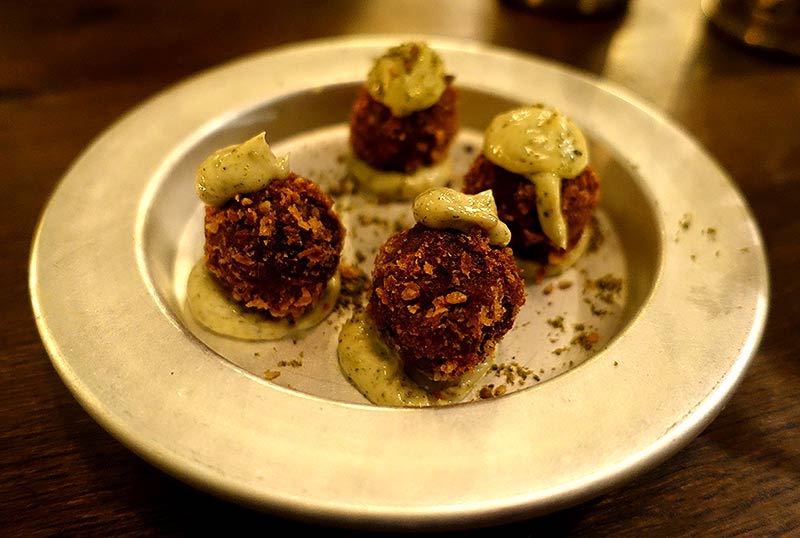 Haggis and harissa kibbeh at BABA

One of the city's best tourist attractions is a 15-minute bus ride out in Leith. The Royal Yacht Britannia will be very familiar to anyone who's been glued to Netflix series The Crown. We spent a riveting couple of hours touring the ship that was the Queen's favourite place to spend family holidays for over 40 years.

And after you've spent time gawping at the contents of HRH's minibar - Dubonnet, anyone? - it's time for afternoon tea in the Royal Deck Tearoom. Make time to stop by the NAAFI where they sell fudge made on board the yacht. 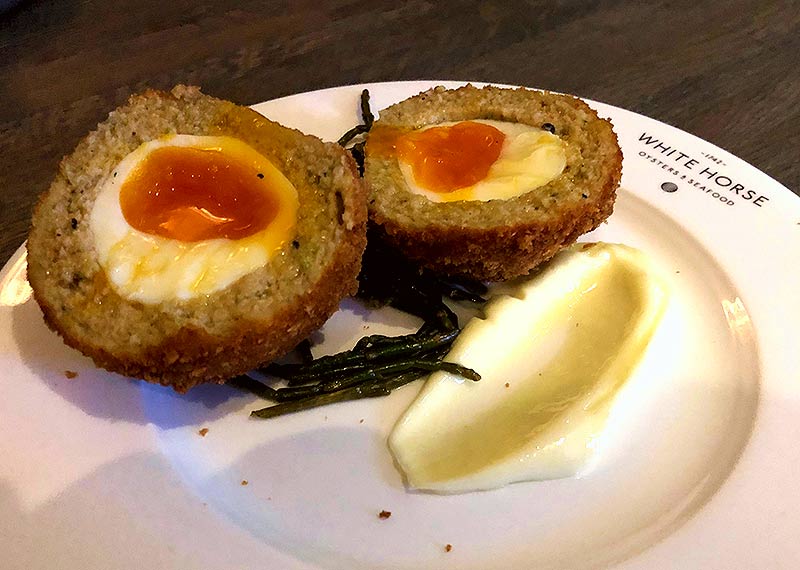 The White Horse Oyster and Seafood Bar opened on the Royal Mile just before Christmas and is from the team behind Chop House Bar & Butchery. The building itself used to be the site of the oldest inn on the Royal Mile and is split into an oyster bar at the front and restaurant to the rear.

We popped in for an early evening snack of one beautifully presented Caledonian oyster, some top crab fries and a crab scotch egg - all of which was great. Just watch out for them going straight to the 250ml glass of wine rather than the standard 175ml when you order. 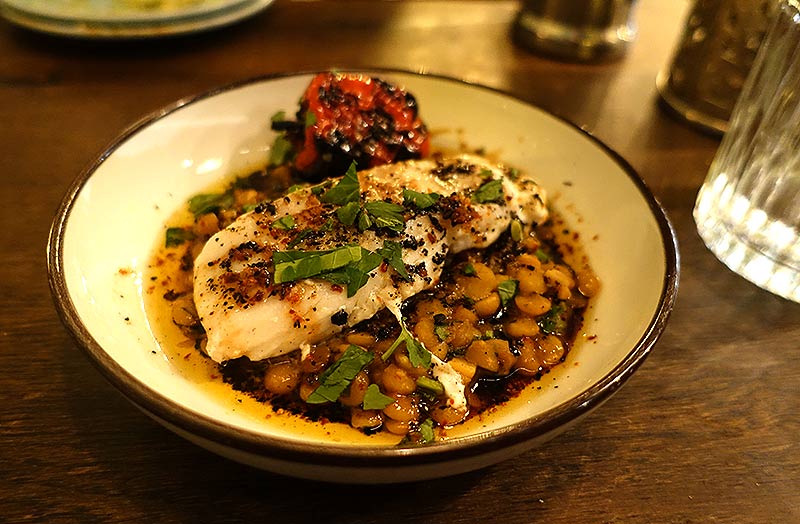 Our first meal of the evening kicked off in our hotel restaurant. BABA is a hot new restaurant from the folk behind the well respected Ox and Finch in Glasgow. This Eastern Mediterranean mezze restaurant & cocktail bar takes Scottish lamb, beef and seafood and gives it a Middle Eastern twist, with much of the food being grilled – Levantine-style – over coals in an open fire.

Obviously, we had to try the haggis and harissa kibbeh (£2.75) which we'd urge you to order. There's a range of dips to have with their gorgeous pita bread. You can choose to have a mini selection of all of them, if you prefer, but we'd done our research and just ordered two of the best-reviewed so far - the hummus with pine nuts and zhug (£4) and the goat's cheese with pistachio lemon and courgette (£4.75).

As we were having more food elsewhere in the city that evening, we forced ourselves to stick to just one more dish - a wonderful combo of hake with yellow split peas and burnt urfa butter (£8.50). If we hadn't been moving on we'd definitely have gone for one of their desserts - maybe the olive oil sponge with medjool dates, molasses and yoghurt. The food here definitely rivalled and bettered some of London's recent Levantine restaurant openings - highly recommended. 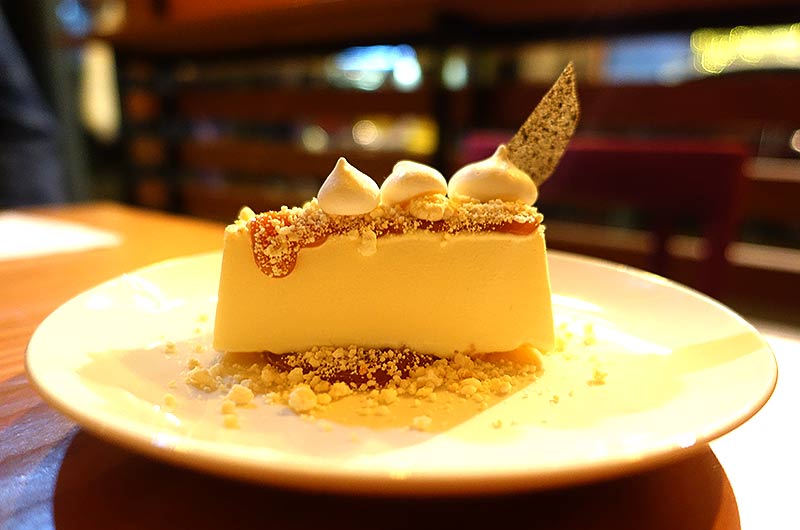 Recommended by Jay Rayner who'd had a fine supper here at the tail end of last year, this wine bar opened in the summer of 2017. It's the latest from Scottish restaurateur David Ramsden who owns popular Edinburgh restaurant, The Dogs. Expect to find around 30 wines - most available by the glass as well as the bottle, with a few orange wines and several organic or biodynamic choices too.

We had a few small plates from the menu - they also do a selection of cheese and charcuterie boards - and both the pork gyoza (£6) and lamb rendang on charcoal flatbread (£6.50) were very fine indeed. But the real treat of the evening came with dessert - a white chocolate and tonka bean parfait with honeycomb and miso caramel (£5) which was something they were apparently still tinkering with, but to our minds was just perfection.

At this point, we began a slightly irresponsible but very enjoyable cocktail bar crawl around Edinburgh, most of which we can remember. Here's where we went. 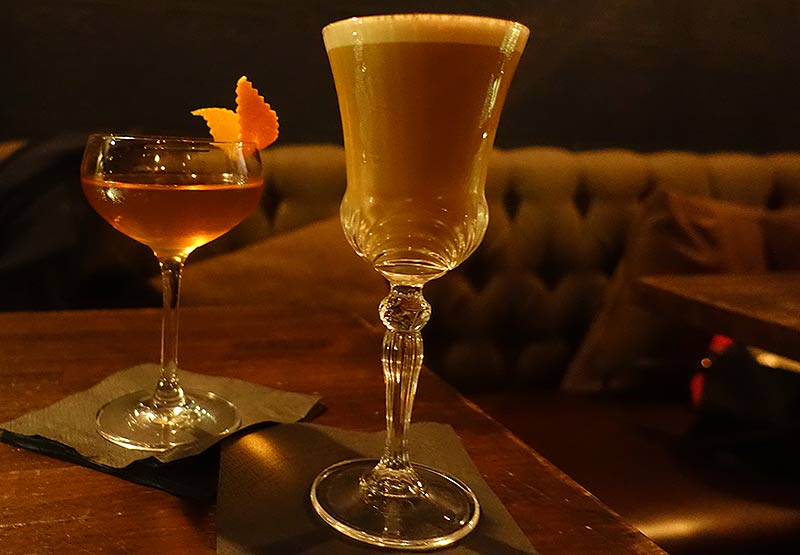 This speakeasy-style cocktail bar doesn't advertise its existence so you have to know what you're looking for. The bill comes in an envelope marked Case Closed but the drinks aren't just a gimmick.

Just around the corner from The Fat Pony this cocktail bar served up the craziest looking drink, with a coupe covered with hundreds and thousands. Clearly, we had to have one. 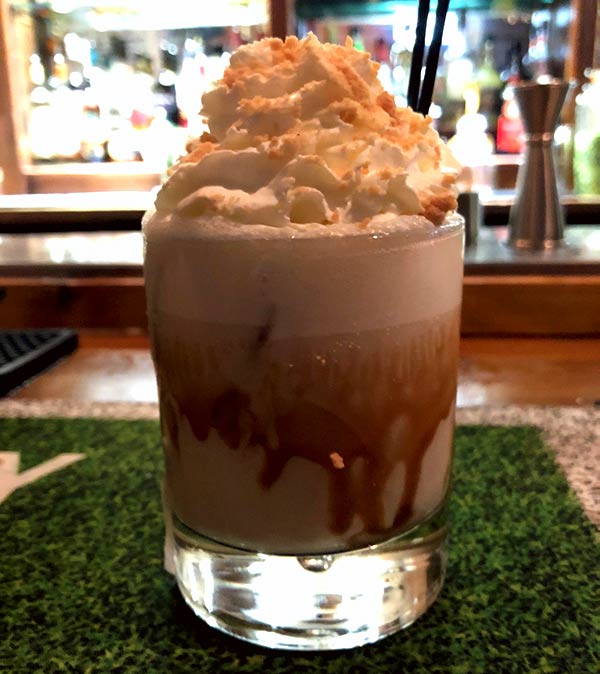 A salted caramel White Russian at Lebowski's. Because, why not?

Named after the Coen Brothers' movie character, this Edinburgh bar serves up more than 30 variations of the White Russian. Prices range from £5-£6 and our salted caramel special totally hit the mark. 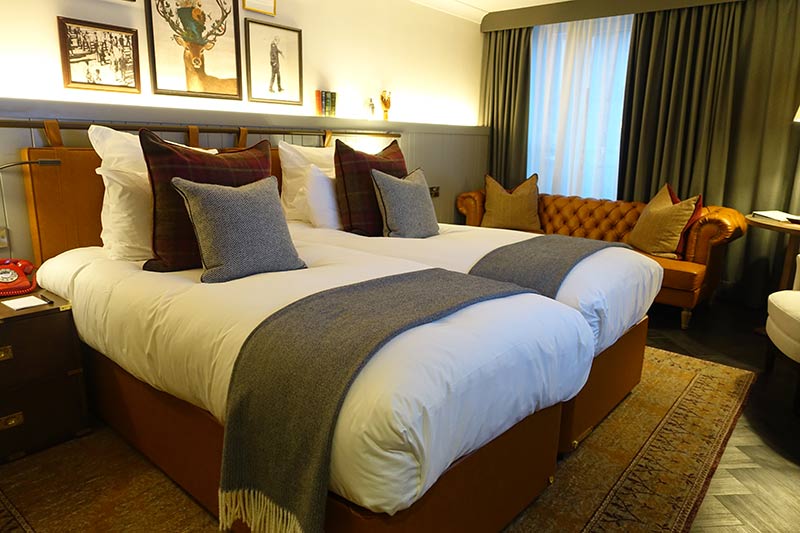 The room at The Principal

Our hotel, The Kimpton Charlotte Square opened in October 2017, after a full revamp from its previous incarnation at the Roxburghe Hotel (it was briefly called The Principal before being rebranded). From the same group who have been hard at work revamping the old Hotel Russell on Russell Square, which has now reopened as The Kimpton Fitzroy London, t's a lovely boutique-style hotel.

The location couldn't be handier - it's just a few minutes off the west end of Princes Street and was an easy walk to most of the bars and restaurants we wanted to try. The central atrium is a glassed-over courtyard spot called The Garden which serves drinks and snacks all day and is where breakfast is served. 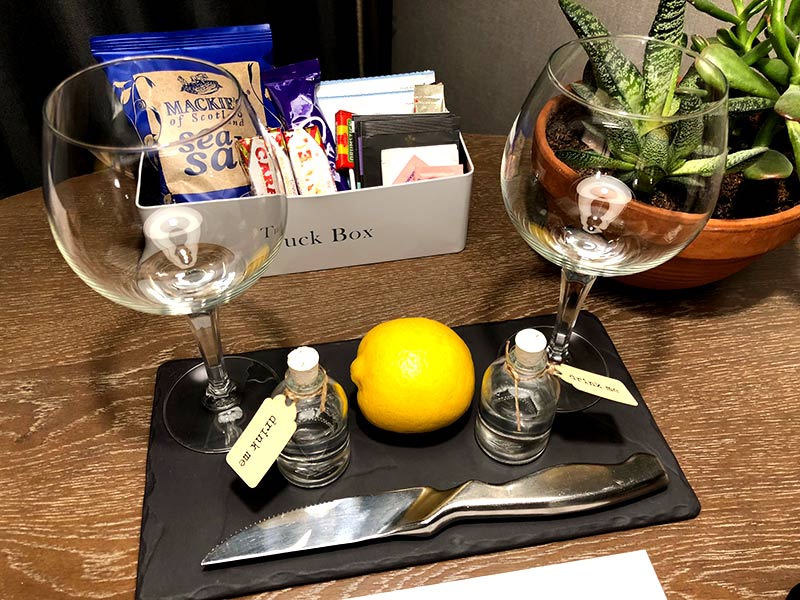 G&T and snacks to end the evening.

Our bedroom - a superior which can be made up with twin beds if you wish - was one of the most thoughtfully arranged hotel room we've stayed at in a while. The mini bar featured free water and fresh milk, there was a lovely 'tuck box' of free snacks including a Tunnocks Caramel Biscuits - and when we returned in the evening there was a complimentary gin and tonic with fresh lemon for us both. 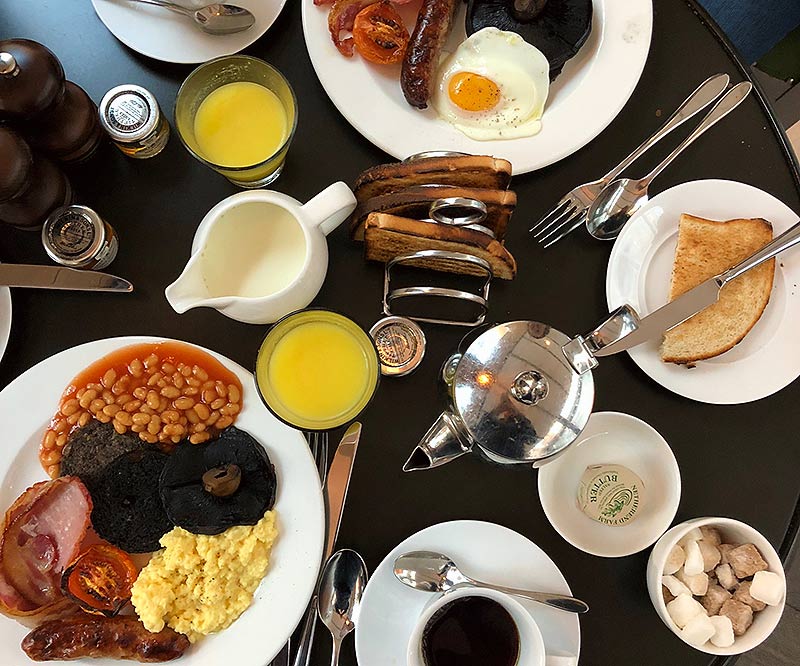 Breakfast at the Principal

Breakfast in the morning at our hotel was particularly good. There's loads of fresh pastries and cereals to start with, but after that night out we both needed The Full Scottish, which included both black pudding and haggis. Cooked breakfasts are always a bit hit and miss in hotels of this size, but we thought our breakfast here was really good. 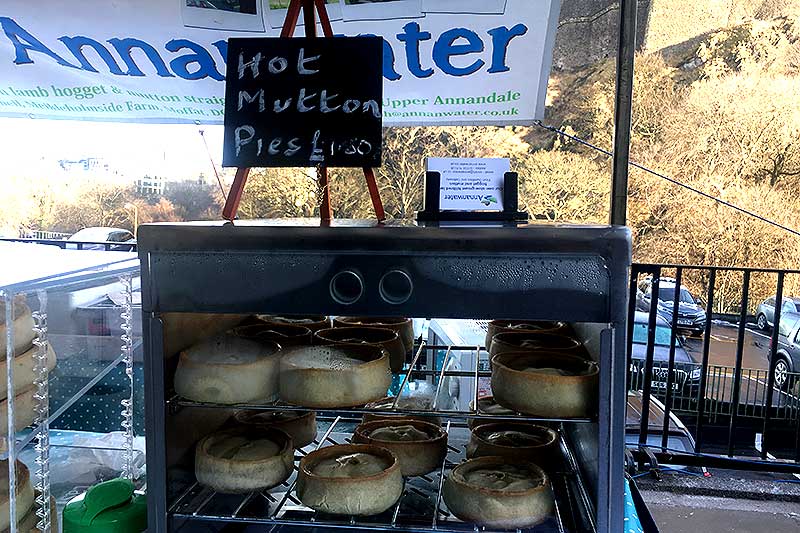 The room at the Principal

Foraging for the train buffet back to London was easy for us as we stayed overnight on a Friday so we were able to check out Edinburgh's Farmers Market which runs on Castle Terrace on a Saturday morning. We picked up mutton pies from Annanwater, fresh foccacia and cakes and some local venison to cook up when we got back to London. Job done.

Hot Dinners stayed in Edinburgh as guests of Kimpton Hotels.