From whisky tastings to bagpipes serenading the haggis, we round up the best Burns Night suppers (Tuesday 25 January 2022) to cheer up a dreary January in London. 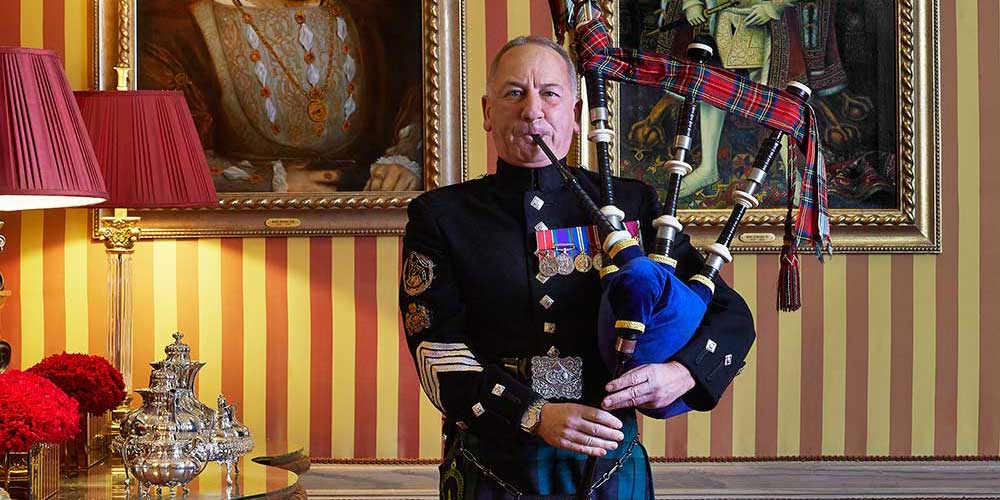 The Rubens at the Palace

Enjoy a Burns Night with a royal twist at The Rubens on 28 January. Guests will be piped into the dining room by Pipe Major Jim Motherwell, who is the 10th personal bagpiper to the Queen. That's followed by a seven-course meal in The English Grill with paired wines. It's £295 for the black tie/Highland attire event.

No 50 Cheyne have a five-course tasting menu at £125 per person which includes delights like Roasted Scottish langoustines with truffle puree alongside haggis with neeps and tatties.

In the City, 1 Lombard Street has a feast planned with haggis scotch eggs and clootie dumplings with whisky custard. There'll be bagpipes and folk dancing too. Dinner starts at £30 for two courses.

Field by Fortnum's Burns evening starts with a haggis procession followed by a four-course meal with wine and whiskies ending with coffee served with tablet and shortbread.

Quality Chop House is already getting booked up for its £54 Burns Night menu which includes Tartlet of Scottish mussels and Stornoway black pudding to start and cullen skink with winter truffle.

La Fromagerie in Marylebone has a five-course dinner with whisky and wine pairing for Burns Night. It's £75 and, of course, there will be Scottish cheeses and oatcakes on the menu.

There's a winter 'alfresco' Burns Night supper at Rosewood London in their courtyard terrace The Macallan Manor House. Chef Calum Franklins menu features delights like lobster thermidor tart and each course will be paired with a specially selected Macallan whisky. It's £125 per person.

The Farrier in Camden has a good value Burns Night dinner at £22 for three courses. The menu features Smoked Salmon on Tattie Scones, the trad haggis and Cranacotta for dessert.

For a Burns Night with a difference, Park Row is having The Wayne Family Burns Night Supper. Enjoy a night at the Waynes' ancestral highland home featuring a bespoke menu of Glenfiddich cocktails, the piping of the haggis, a ceilidh band, dancing and more. There's a set menu for £55 which includes a welcome cocktail, canapés and optional paired whiskies.

Fellow Celts Bentley's are putting on a special Burns Night menu for the night with four courses of Scottish fare including Orkney scallops with black pudding and celeriac and Flummery for dessert.

The Sun Tavern has teamed up with Benriach whisky for the night. There'll be a special cocktail menu and free haggis bites with live Scottish music till the small hours.

For a Burns Night with an Indian twist head to Brigadiers where their Burns Night Feast (£65) will include dishes like Shahi Highlands Venison Biryani Feast served with Neeps Korma. You can also add on a whisky flight with two Scottish whiskies and two Indian whiskies for £15.

Over at King's Cross Rotunda is having a Burns Night whisky tasting with the Whyte & Mackay ambassador leading guests through a selection of Scottish whiskies with a menu of small plates to go with the drinks. Tickets are £35.

Riverside restaurant The Mitre at Hampton Court is having a four-course Burns Night dinner (£60) with dishes including pearl barley and truffle Scotch broth and cranachan with wild heather honey.

Also on the river, Sam's Riverside will serve up a three-course Burns Night menu for £47.50 including Scottish venison tartare with quail egg and dripping toast to start and a clottie dumpling on the dessert menu.

Running until 28 January The Hari has transformed its hidden garden terrace into a highlands hideaway with Glenmorangie. Expect whisky cocktails and plenty of tartan throws to keep you warm.

Rest of the week

Skylight Tobacco Dock is having a rooftop Burns Night Bash on 29 January. You'll get a free Monkey Shoulder cocktail on arrival and there'll be whisky tasting sessions and Scottish Dancing on offer. Tickets start at just £8.

Boisdale goes big for Burns Night and has a whole week of entertainment planned from 24-29 January. There's live music every night along with a four-course menu, including having the haggis piped in. Tickets start at £79.

DEWAR'S have a limited-edition meal kit with All In A Box which includes haggis scotch eggs, jerk chicken with neeps, tatties and plantain mash and a Manhattan and a Cranachan inspired Highball cocktail using DEWAR’S Caribbean Smooth. It's £70 for two.