Where to celebrate the Fourth of July in London

Looking for somewhere to celebrate the Fourth of July? As you might imagine there are a fair few places around London offering all-American dishes and drink specials. All events take place on Tuesday 4 July unless otherwise stated. 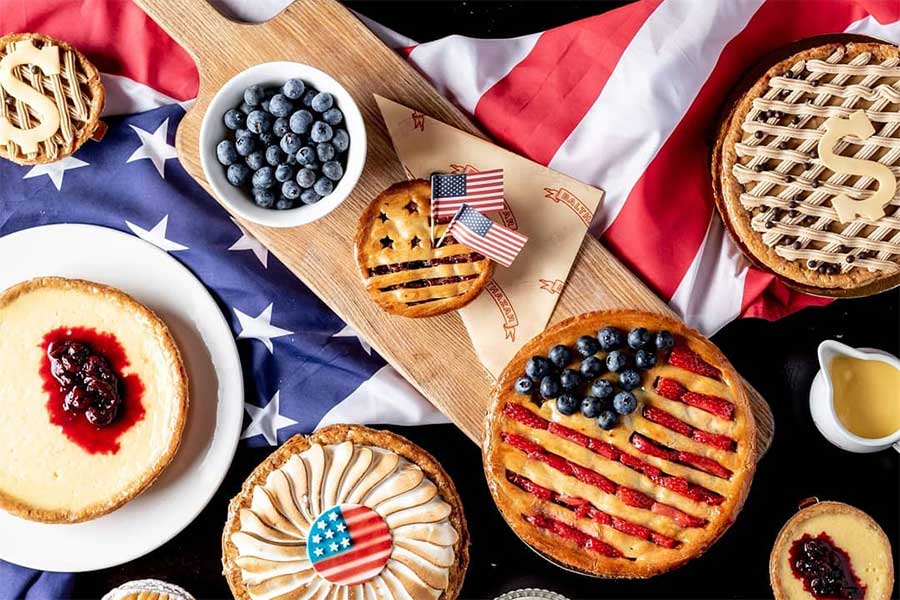 Running till 5th July Balthazar is putting on its Independence Day Dog - a combo of Toulouse sausage and BBQ beef Cross Rib, Comté cheese topped with crispy shallots in a home-made bread roll. If you want to take something away with you for a bash at home, they're also selling party-sized pies - choose from Key Lime, Banoffee, Apple & Blueberry, Pear & Plum or New York Cheesecake. 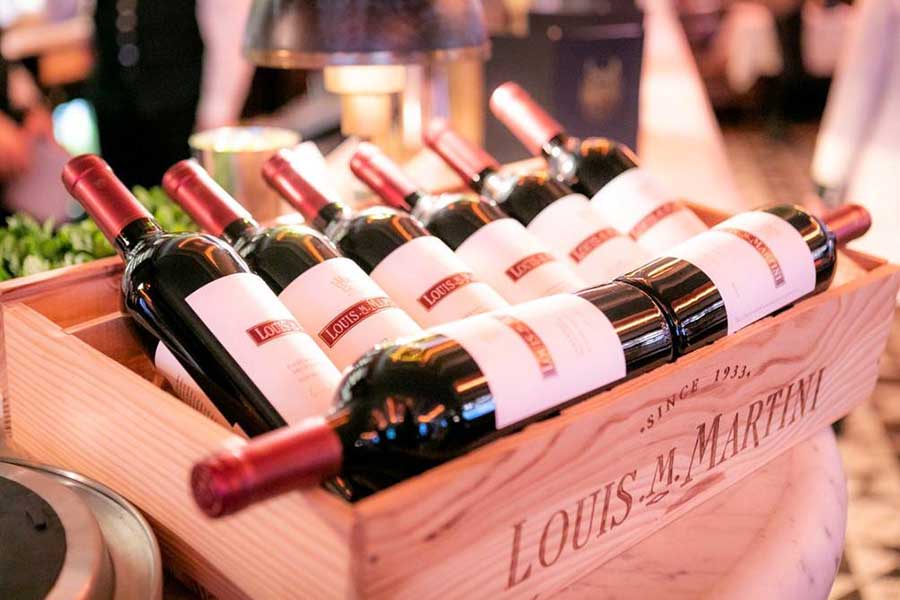 Head to this Piccadilly spot for an American wine fair - you'll be able to sample over 70 wines from producers such as Kendall Jackson, William Fevre and Louis M. Martini. Tickets are £25 and if you want to add a special Independence Day three course set dinner menu on top of this, the price of the ticket is £60.

Whiskey, juleps and bluegrass at The Gallery 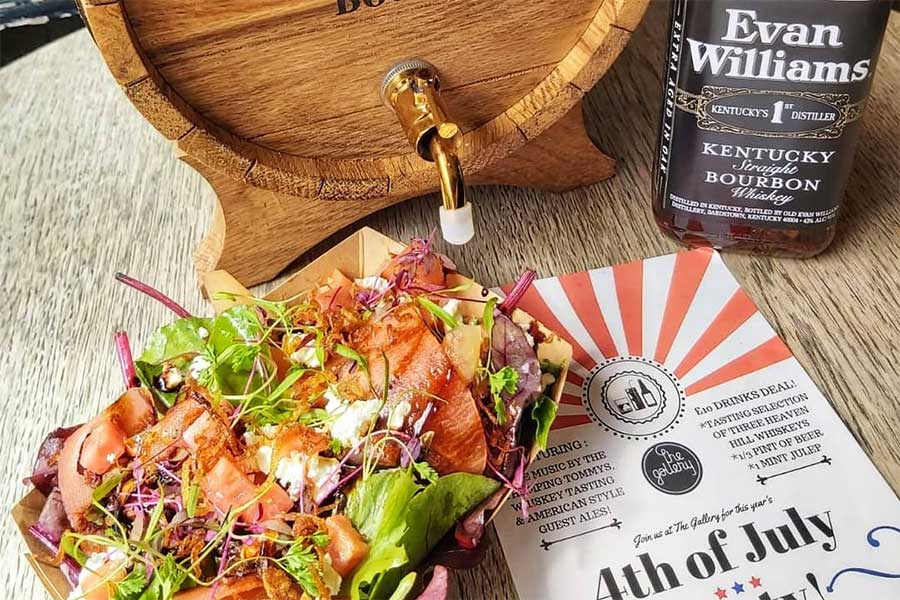 In West Hampstead, neighbourhood bar The Gallery are throwing a whiskey-fuelled party. Taste classic American whiskies or try boilermakers and Mint Juleps along with a US menu of BBQ ribs and fried chicken. There'll also be music courtesy of The Thumping Tommys. A £10 ticket from the bar gets you a Mint Julep, 1/3 pint of a special collaboration brew and a free American whiskey tasting session. 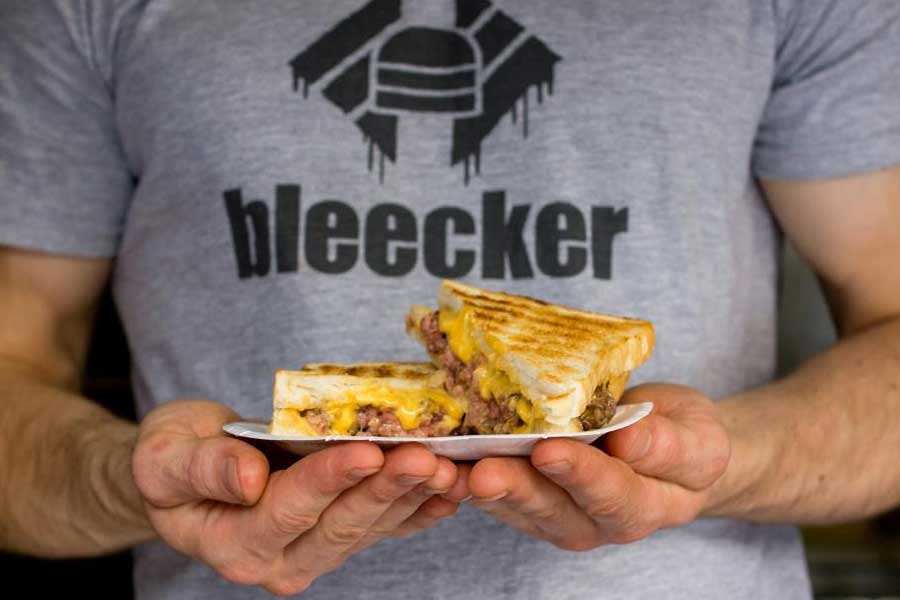 City folk can knock off early and head to Bleecker Bloomberg from 5pm where they're bringing back their National Burger Day Special - the Patty Melt. That's a native breed beef patty, burger sauce, onions, double American cheese all sandwiched between two slices of toasted bread - with fries for a tenner. They'll be serving Brooklyn Summer from their outside bar and will have classic American tunes playing and a beer pong table.

Hot dogs and martinis at Christopher's 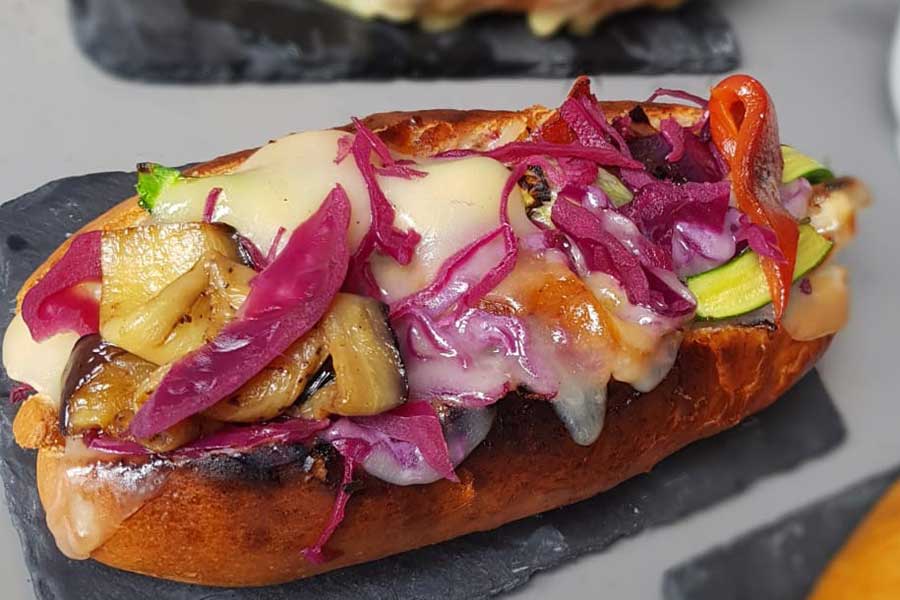 Along with their usual American menus, Christopher’s Martini Bar is putting on three Hot Dog Specials, all inspired by different American states - the Philli Chilli Cheese Dog, the Mississippi Slaw Dog and, the vegetarian alternative, the Santa Fe Dog. All hot dogs can be accompanied with the wonderful sounding Tobacco Onion Rings or the moreish Monterey Jack Cheesy Garlic Fries. 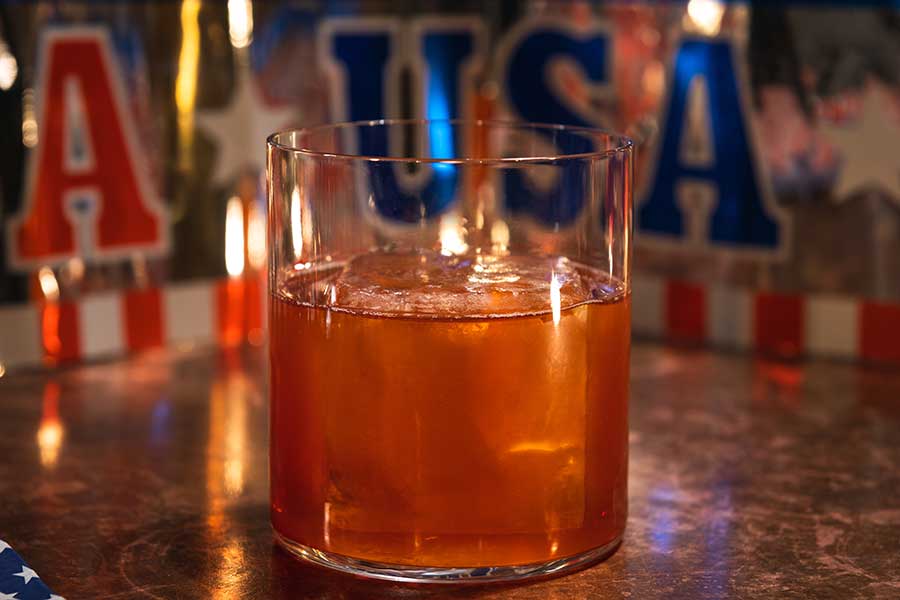 Downstairs in the Hawksmoor Spitlfields Bar they're serving up American-themed cocktails, such as the Cherry Pie Old-fashioned, Peachy Keen, Watermelon Slushy and Maximum Security Highball - all for a fiver each. Plus, if you need something to line your stomach how about a Chilli Cheese Dog, Reuben Hotdog or a Cast Iron Hotdog with that? 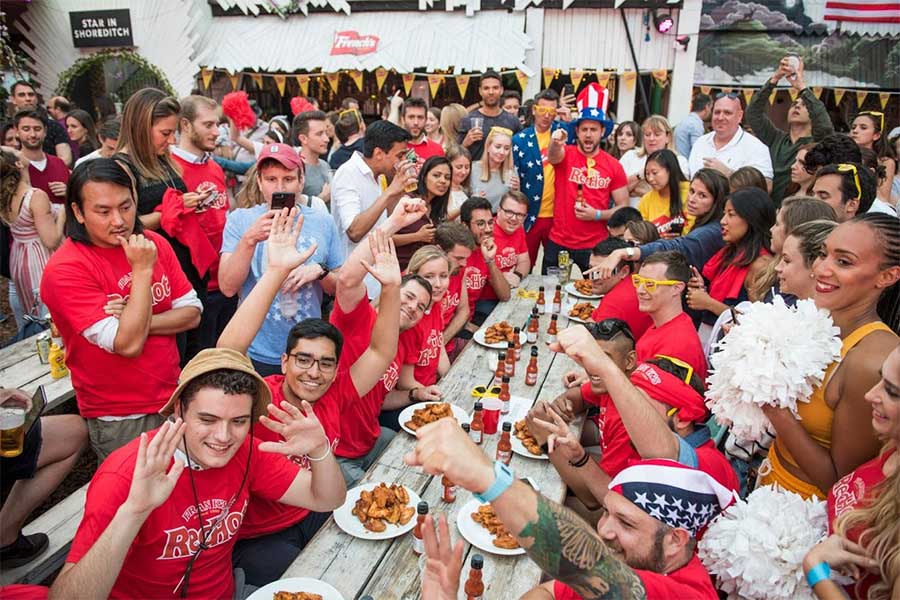 Head to East London if you want to see what happens when US sauce companies French’s and Frank’s RedHot host the ultimate Fourth of July party at Dinerama. There'll be Thunderbird hot wings, Buffalo chicken strips and vegan burritos while drinks will include tequila RedHot-Rocks and spiked Frank’s Limeade punch along with a wing eating competition and the RedHot cheerleaders. Tickets are £12

Join a rooftop party at The Sloane Club 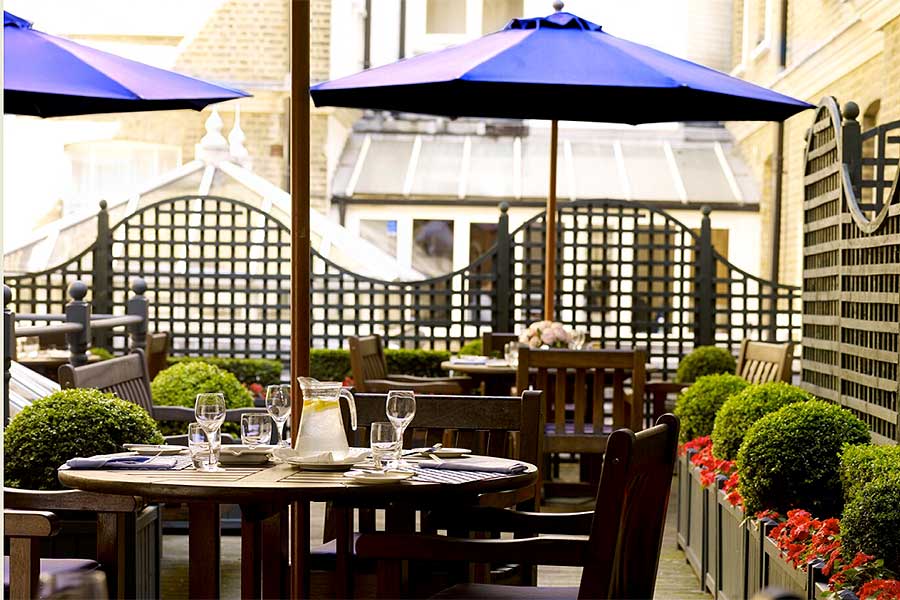