What a year it’s been in the London restaurant scene. When we first started Hot Dinners, deep in the middle of the recession, people thought we were mad. No-one’s got any money to go out, they said. Restaurants were expected to close in their droves. As it turned out, relatively few shut in 2010 (RIP Eastside Inn), but a whole heap flung their doors open for the first time.

A lot of the chefs dusting off their aprons were returnees. Pierre Koffmann came out of retirement, Bruno Loubet swapped Brisbane for Clerkenwell and Joel Antunes came back across the Atlantic to set up shop by the Thames.

It was a year when all manner of eating establishments opened from circus-themed eateries to Indian street food cafes. But if there was a theme for 2010 it would be that restaurateurs had worked out that offering customers value for money might be A Good Thing. We don’t mean restaurants serving up meals as cheap as chips, but rather offering diners the opportunity to go out and get a fabulous meal without feeling like they’d been taken to the cleaners.

For our review of the year, we’ve gone through all the places we’ve been to in 2010 - some of them new openings, others golden oldies. All of them made our list because they were brilliant for one thing in particular.

View most likely to make your food go cold 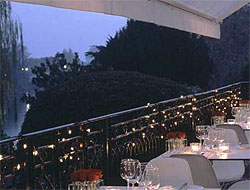 Our dinner this year at The Bingham was on one of those rare balmy summer evenings. As we sipped pre-dinner champagnes out on the restaurant’s wrought-iron balcony while watching rowers make their way sedately down the river, we thought, ‘All is well with the world’.

As we said at the time - this is one of those restaurants to come if you’re looking to pop the question. Oh, and the food by Shay Cooper’s pretty good too.

Paramount Bar (views of well just about everywhere in London) and Min Jiang for its spotless plate-glass views over Kensington Gardens.

Dish we’d most like to eat seven days a week 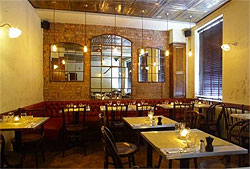 As committed carnivores it may seem perverse to choose a vegetarian dish as our best of the year, but this summed up the kind of food we’d love to find at more restaurants. Confident enough to arrive at the table without ornament, Tom Oldroyd’s dish was still something you’d be hard-pressed to make if you tried it yourself at home.

Restaurant least likely to hire John Pawson for a refurb 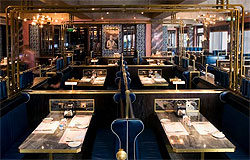 We first came to BBR for a vodka and food tasting that descended into bacchanial scenes of deepest drunkenness. We’ve returned half a dozen times since then, drawn by the fantastic dumplings, by our inexplicable fondness for the ox tongue in aspic but mainly for the way owners Leonid and Richard have cocked such a massive snoot at minimalism. Hoorah for the acres of marble, gilt flourishes and champagne button.

Runners-up - The Milroy (for the OTT Barbetti staircase) and The Dorchester for its Brigadoon swagger.

Yes it’s less than five minutes from where Hot Dinners is based, so we’re deeply biased, but we like to think of Trullo as our first big discovery. When we spotted a small Opening Soon notice saying the old Gill Wing Cafe was being turned into an Italian restaurant by alumni of Fifteen and the River Cafe we hoped it would live up to expectations. Following rave reviews by Jay Rayner, David Sexton, Giles Coren (and yours truly) it’s now impossible to get into without promising them your first-born or reserving a month in advance.

But we still love it for revitalising the moribund Islington dining scene. 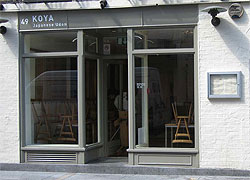 After seeing Polpo owner Russell Norman rave about it on Twitter, it still took us a while to get round to trying Koya. But when we did it was worth the wait. From the heavenly cod tempura and lotus chips to the slithery cold udon noodles served with hot chicken broth and a special of gooey fatty pork belly braised in cider everything this kitchen turned out was top-notch.

Our meal for two with beer cost £20 a head, which although isn’t bargain basement, really is good value for a great meal in the middle of Soho. 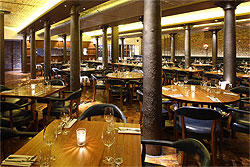 Design company Macaulay Sinclair had a vision of a ‘turn-of-the-century private club’ when they took on the brief for steakhouse Hawksmoor’s new Covent Garden venue in what used to be the Watney Combe brewery. From the reclaimed school laboratory tables in the bar to the beautiful parquet flooring in the dining room, this restaurant looks as though it’s been here forever and a day.

An instant hit, both for its cuts of meat and the cut of its gib.

Chef to keep your beady eyes on 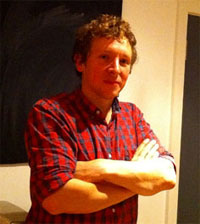 With Sat Bains and René Redzepi as mentors, Ben Greeno already has the building blocks of success. On our visit to his Hackney supperclub we sat alongside food writer Sophie Dening and TV chef Gizzi Erskine whilst we enjoyed elemental food foraged from the parks and front gardens around us.

We predict (mainly because we know something we can’t tell) that 2011 will be a big year for Ben.

Ashley Palmer Watts may not have his name on the door at the Mandarin Oriental (that honour goes to Heston Blumenthal), but he’s the main man behind what’ll definitely be the biggest opening of next year.

Best bar to start the night in 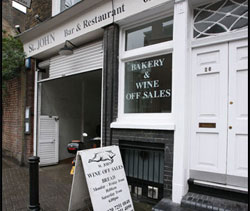 Maybe it’s because there were so many new openings in Clerkenwell this year because Hot Dinners ended up spending an inordinate amount of time in this bar. Light and airy in summer, cosy with the warm fug of the bread ovens in winter, a glass of Picpoul and a bowl of olives are a pretty good way to while away the time before dinner - or you could treat it like a laidback dessert bar and tip up here for some eton mess after you’ve walked off the main excesses of dinner elsewhere.

69 Colebrooke Row for their inadequately named Twinkle - a mixture of vodka, elderflower cordial and champagne that packs a hell of a punch.

And...best of the bunch 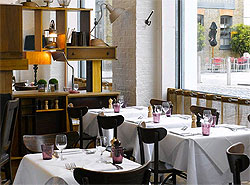 We began and ended the year with a trip to Bistrot Bruno Loubet at the Zetter hotel in Clerkenwell. From the beautiful room to the friendly, knowledgeable service and the food, this for us was the best restaurant of 2010. We loved the earthiness of the snails and meatballs dish and the rich sod-the-diet Hare Royale. More recently, slow-cooked salmon on chilled, gelatinous borscht was a triumph, not to mention a special of pork chops where everyone round the table boggled at how it was possible to turn so basic a cut into something so glorious.

Right now, for its mid-point prices, boisterous, buzzy dining room and the always-great dishes being turned out by one of London’s most self-effacing chefs, this is the restaurant to beat.

Viajante. Nuno Mendes’ opening at the Bethnal Green Town Hall caused a Tsunami of excitement on the foodie blogosphere. He’s serving up some of the most inventive food in London at the moment. Some love it, others are less convinced. We’re big fans.

To see what else we visited this year, view the Hot Dinners Test Drives .