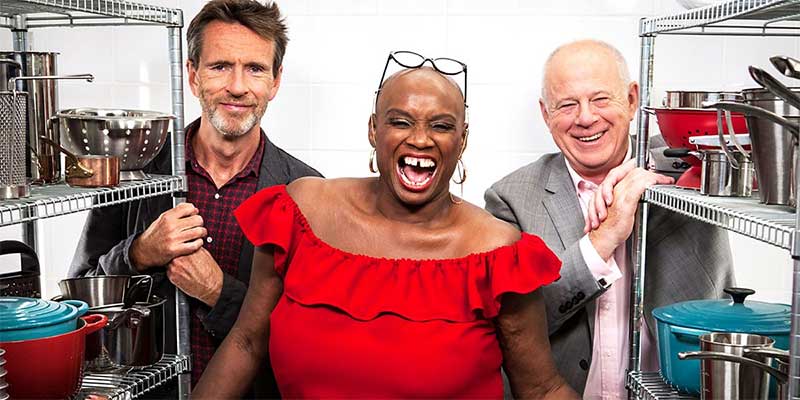 Jeez, the BBC's marketing team responsible for this year's Great British Menu must be having a hard time keeping up with what its contestants are up to. No fewer than three of this year's batch are no longer at the restaurants they were associated with when they first signed up for the programme.

Ross Bryans was Head Chef at Corrigan's Mayfair, but he left back in January. Marianne Lumb announced in June that she was leaving her eponymous restaurant this summer and James Cochran has also left the restaurant with his name on the door, earlier this month.

But if you are up for trying any of the London restaurants whose chefs feature in the new series - here's a little more info about them. 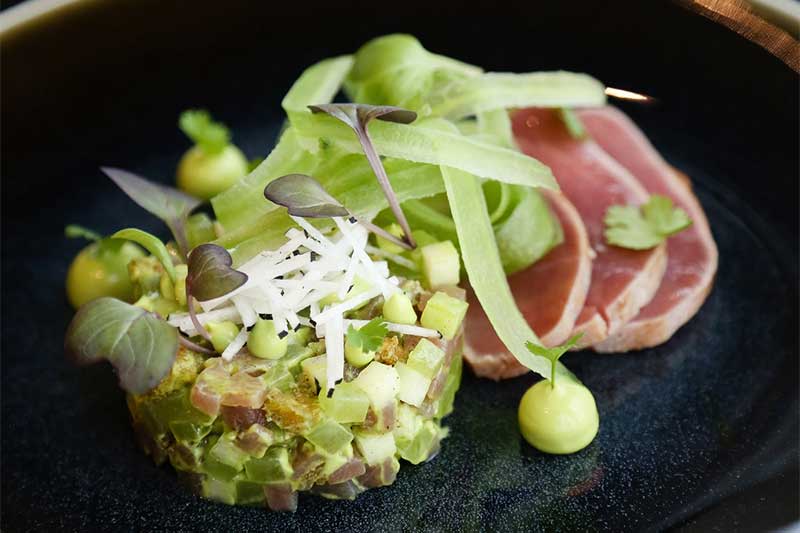 This high rise restaurant in the City's Walkie Talkie building has an amazing view and features what they describe as 'contemporary British food'.

What to order: Kick off with roast Isle of Mull scallop, spring peas, dulse seaweed and lilliput capers and then maybe the slow roasted shoulder of Large Black pig with apricots, tarragon, girolles and haricot bean. Also - Head pastry chef Theo Beauchet made it to the finals of GBBO The Professionals this year - his blueberry, violet and lemon pavlova looks freaking amazing.

London and the South East 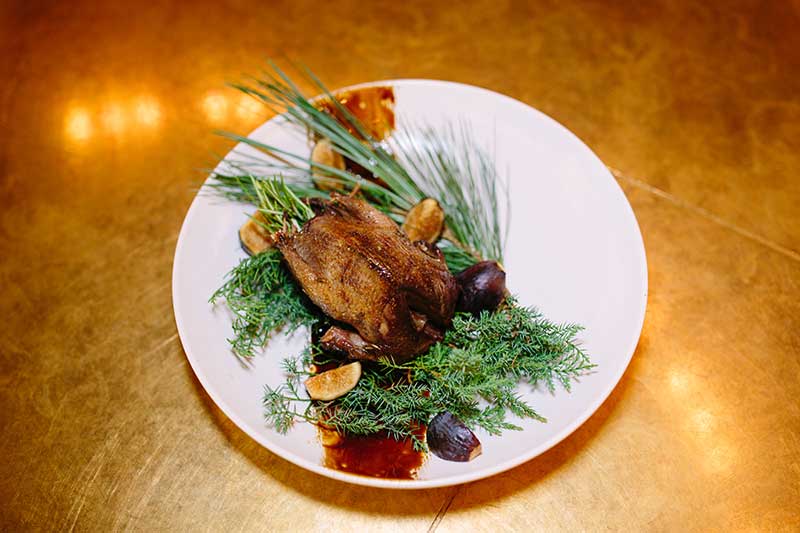 Cochran is taking over the site of The Chinese Laundry site on Upper Street. He's promising to showcase his Michelin-starred training in a relaxed way, with Kentish produce taking centre stage. Dishes he's revealed so far include potato spaghetti with cured egg yolk, truffle, and burnt buttercream and also Picked White and Brown Devon Crab Tartlet with Prawn Butter. 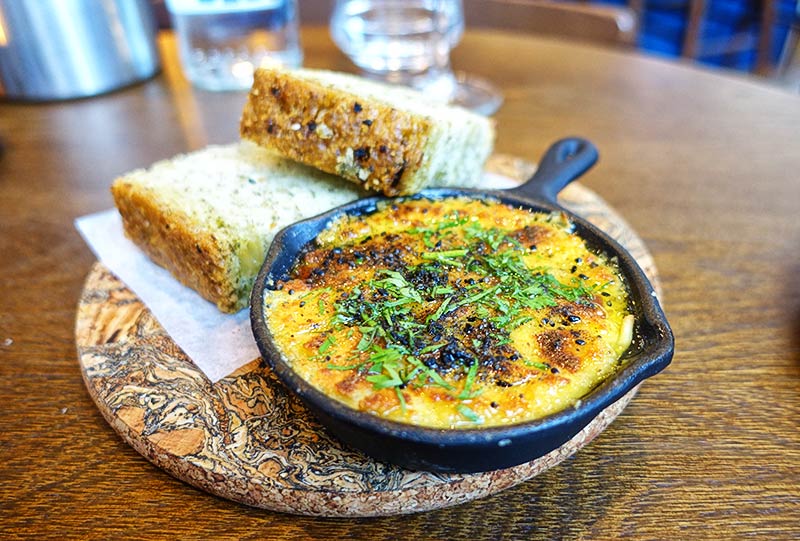 A finalist on last year's Great British Menu, Selin is back and this time she has not one but two restaurants under her belt. Kyseri, her new opening this year, see Selin exploring more of modern Turkish food - this time there's a distinct focus on housemade Turkish pasta and cured meats.

What to order: At Kyseri, definitely the Cypriot hellim loaf with black sea fondue but the beef and sour cherry manti were amazing too.

How much? Most dishes are in the £5-£15 bracket, although you can opt for the Kyseri menu which is £45 per head when taken by the whole table. 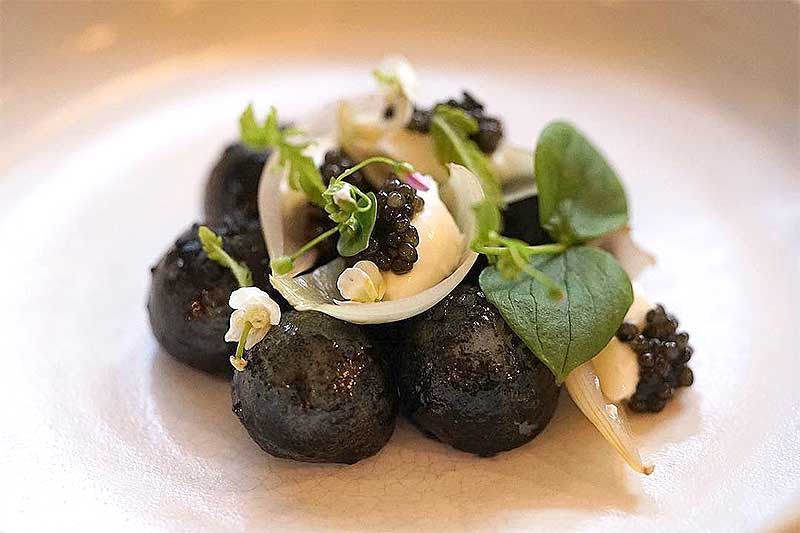 Marianne has now left the Notting Hill restaurant that bears her name - she's heading off to cook and travel around Asia. But the restaurant is still open, serving food under Head Chef Miles Strotton. It's teeny though - with room for just 14 diners, so book up well ahead.

What to order: Menus change daily but to give you an idea, a recent dinner included a salad of each Salad, Butterhead Lettuce, Marigold, Ricotta & Smoked Bacon and a dish of potatoes in charcoal with Windrush curds and pickled onions. 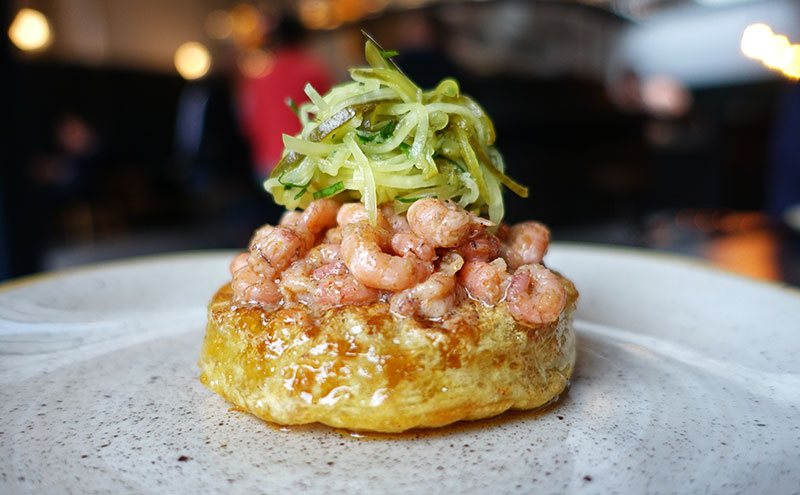 Having cut his teeth at Nathan Outlaw, chef Tom Brown opened his own restaurant, Cornerstone, in Hackney Wick this year and it's been a huge hit from day 1 (see our own Test Drive of it here). The main focus is seafood and so what's on the menu will depend on what the catch of the day brings.

What to order: Definitely the potted shrimp crumpet - and if you're a vegetarian they do bespoke versions of many of the dishes for you. 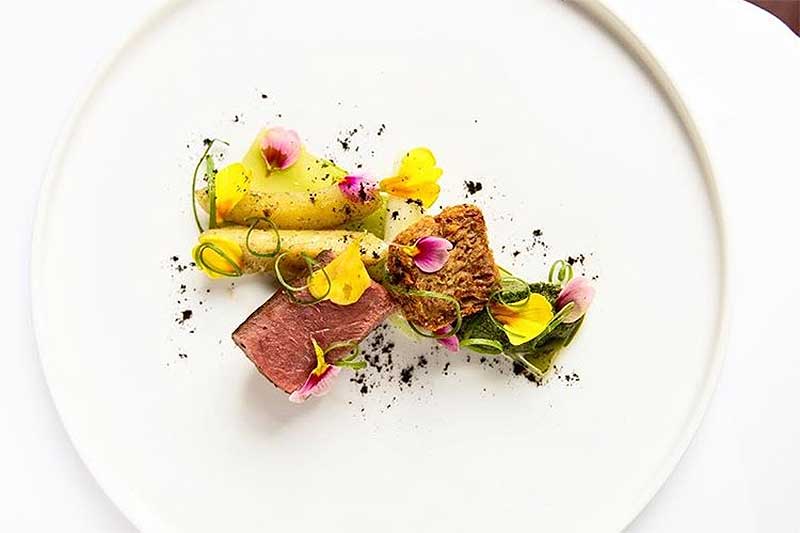 Shauna Froydenlund - Marcus at The Berkeley

Shauna is that rare thing - a joint chef patron of a two Michelin-star restaurant. She and husband Mark head up the kitchen at Marcus Wareing's restaurant at The Berkeley in Knightsbridge where they turn out exquisite dishes of super seasonal food in a deeply luxe setting.

What to order: The pretty-as-a-picture main of Herdwick lamb, crispy breast, chimichurri and Tropea onion currently on the menu looks pretty special.