The best Spanish restaurants in London for tapas and more

Hankering after a taste of your hols or simply fancy hoovering up some jamon with a lovely glass of Albarino? We pick out London's best tapas restaurants for you to try. 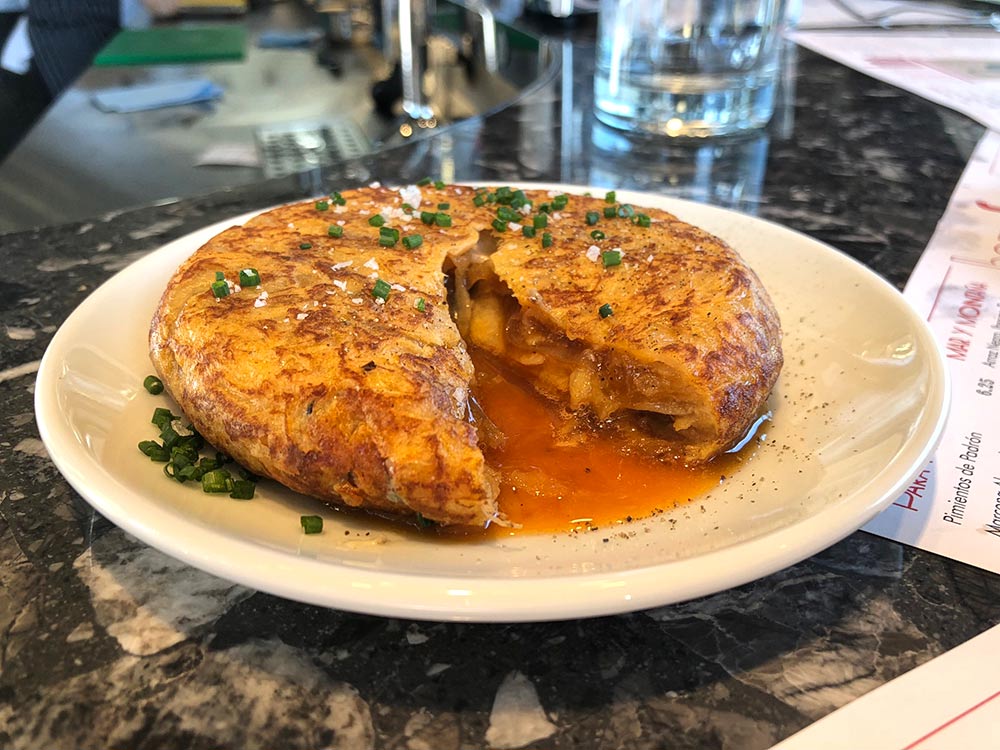 It's over 10 years since the Hart brothers changed the landscape of the Spanish food scene in London. When Sam and Eddie opened the first Barrafina on Frith Street in 2007 it was to evoke their best times sitting up at the counter at Barcelona's Cal Pep. And they succeeded in introducing Londoners to a new level of tapas by cunningly procuring the talented Nieves Barragán (now at Sabor) to run the show. Barrafina has since grown to three more restaurants across town and while the original has relocated, it still has some of the best tapas in town. 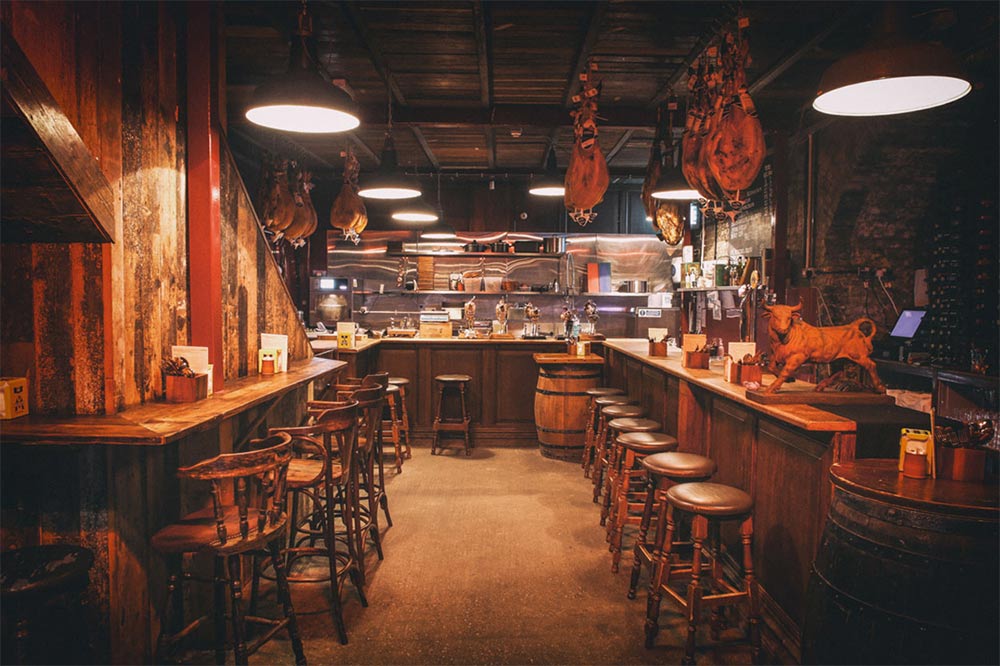 This little jamon bar, under the arches at Maltby Street, will really bring back memories of Spain. Owner Chuse Valero was working as a carver in Barcelona when Monika Linton from Brindisa enticed him over to London. Now, together with friend Zac Fingal-Rock Innes (whose family are the Fingal-Rock wine merchants), he runs this tight ship of excellent jamon and very good wines. 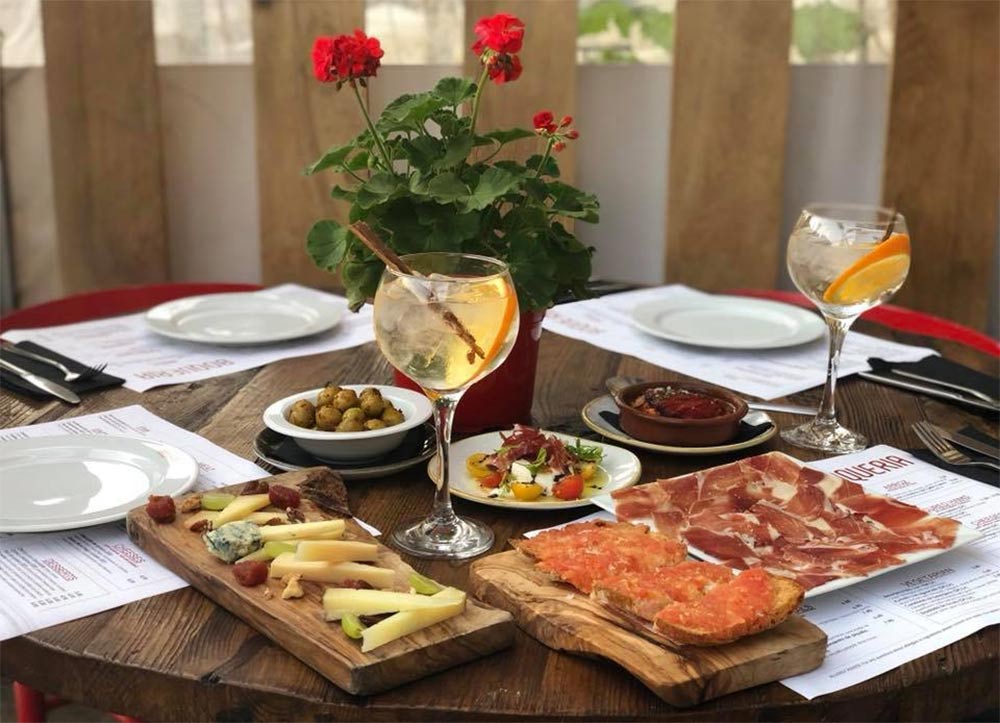 Brixton and Battersea (Battersea closed at the time of writing)

When you name your tapas bar after the biggest and best food market in Spain (maybe Europe), then you’d better have the goods to go with that. Happily, Boqueria does. Barcelona-born co-owner Jaime Armenter serves up a menu that covers all the classics but also showcases modern dishes like Beef Tenderloin, Foie & Pedro Ximénez on toasted bread. 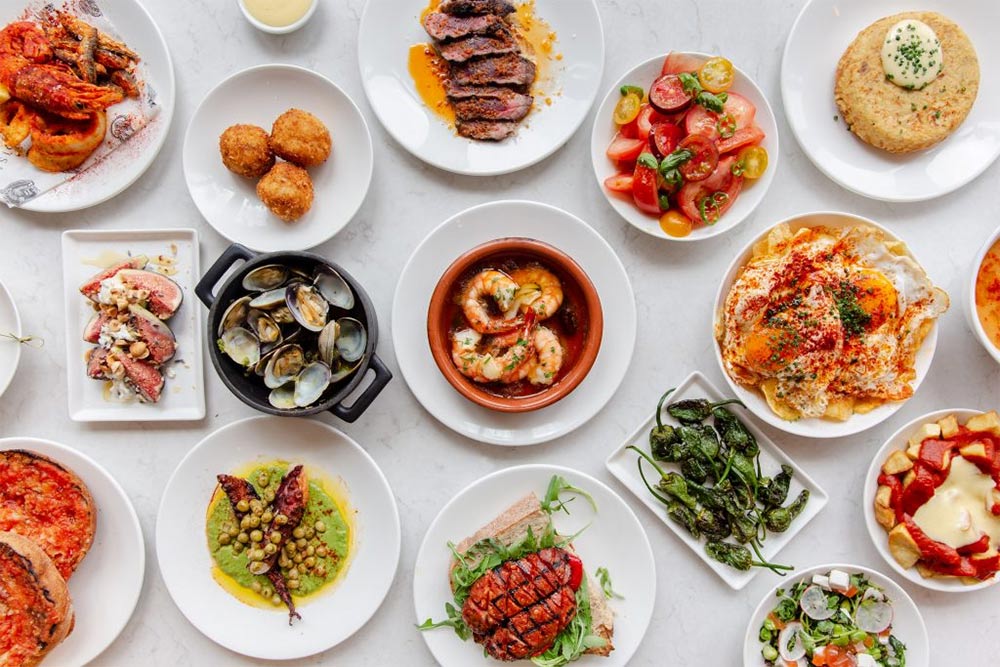 Brindisa founder Monika Linton's contribution to the London tapas scene can't be underestimated. Way back in 1988 she began importing top quality Spanish produce to London. Restaurants inevitably followed and the group now have five dotted around London. Our favourite is still the Borough Market one, even though it's probably the hardest to get into (it's the only one that doesn't take reservations).

Delivery: Available on Deliveroo from South Kensington. And there are their delis in Borough Market and Balham too for plenty of Spanish produce.

Also try: Brindisa Kitchen Bar - their small counter space in Borough Market Kitchen. Plus get 20% off food and drink at Tapas Brindisa in South Ken and Soho with our reader offer until the end of August. 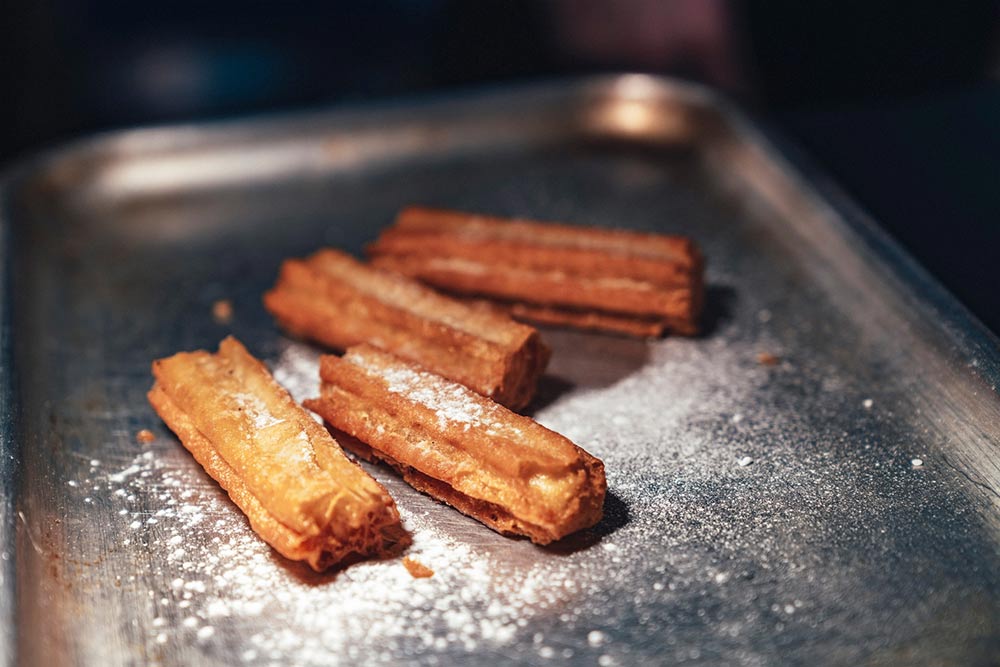 One of the larger Spanish restaurant groups in London, Camino has a menu that covers Spanish tapas from all over Spain. All the classics are here, from jamon croquetas through to calamari, chiorizo, presa Iberica and more. They have pretty large bar spaces too - so it's often easy just to pop in for a drink and a couple of tapas.

See also: In King's Cross, they have a Spanish Quarter going with Bar Pepito and Bar El Rincon all in the same courtyard. 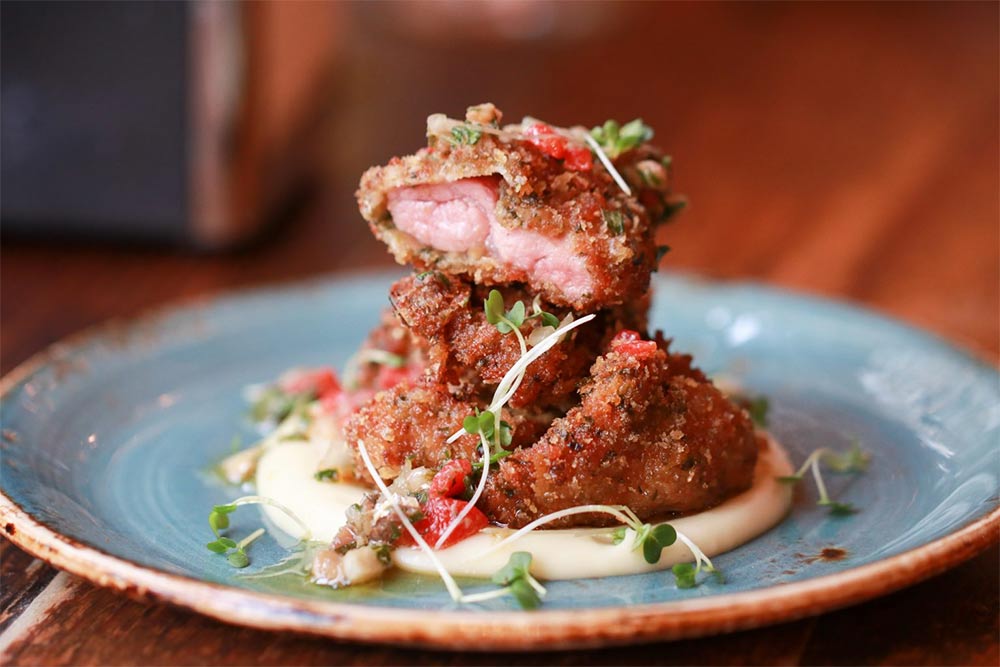 Noisy and vibrant, this Soho spot from the chap behind Barrica packs them in year-round and its mixture of standing space and stools gives it an authentic tapas bar vibe. Don’t forget to peruse their excellent sherry list. 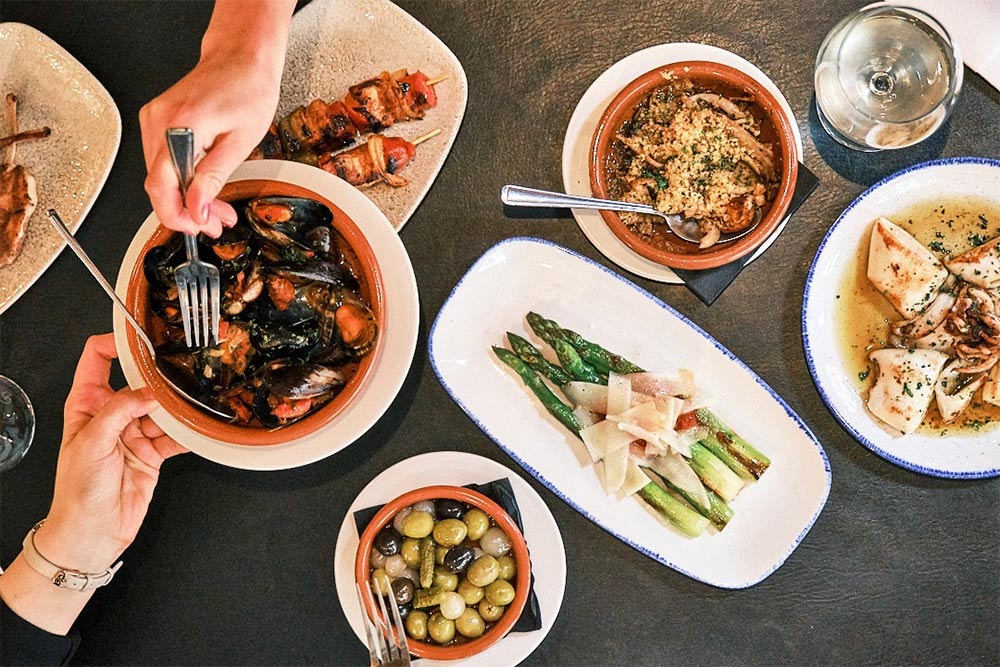 A true London classic, this restaurant has been in London for over 25 years - and has seen the odd celeb pop in from time to time. It's old-school in the best way, with excellent service and easily some of the best prices in the surrounding Mayfair area. The tapas menu here is more expansive than most, with dishes like sardines and artichoke hearts among more standards like croquetas and tortilla. There's a tapas sharing menu if you fancy going all-in. 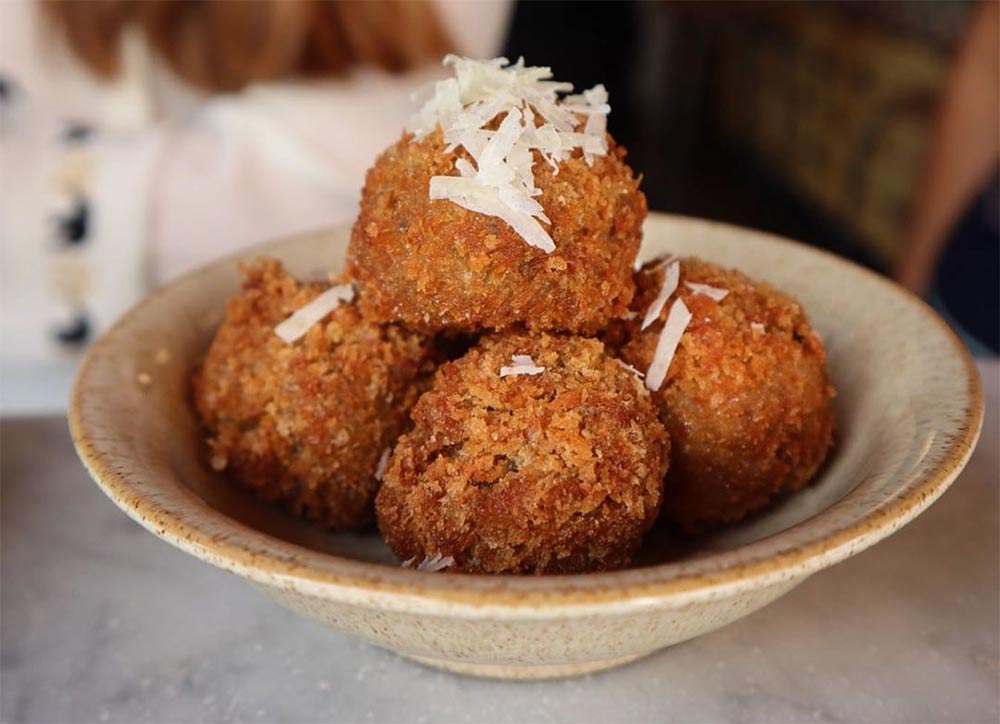 They say great things come in small packages and that’s 100% the case with chef José Pizarro’s Bermondsey tapas spot. He has two other restaurants, both well worth a look, but this is probably the one you’re most likely to spot him in, chatting to customers as they prop up the bar or nab one of the must-prized stools.

Delivery: Tapas to finish at home from both Broadgate and Bermondsey.

Also try: Pizarro in Bermondsey, just down the road from the tapas bar and also José Pizarro Broadgate 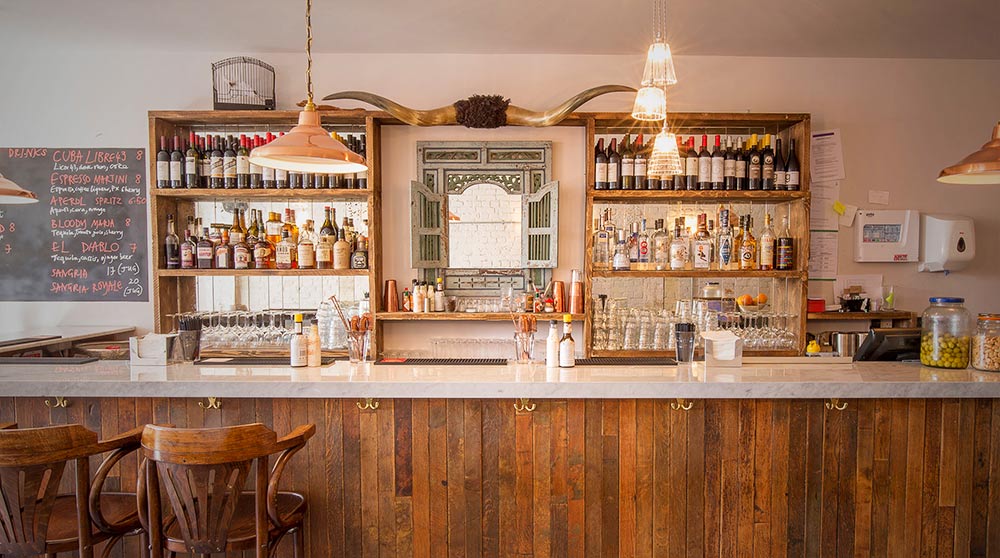 Delivery: Through Deliveroo or takeaway by  Click and Collect 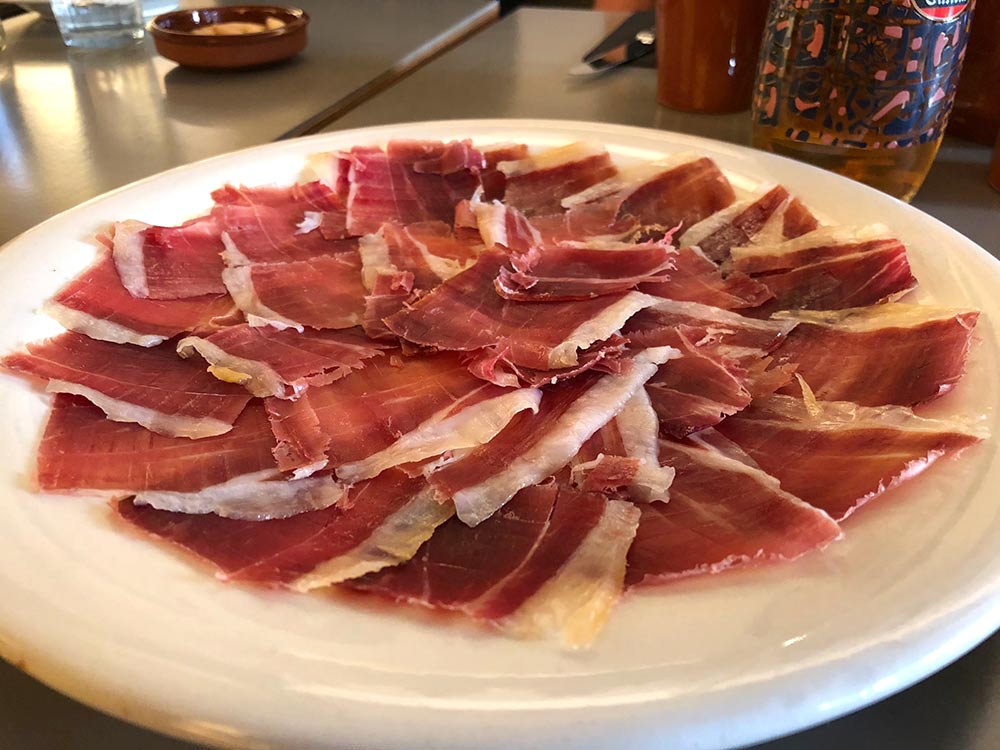 Llerena comes from Extramadura jamon specialists Jamon & Salud who have been raising Iberian pigs since before the second world war - so you'll definitely want to make a beeline for the jamon section of the menu here. You should also try the platter of pork cuts with presa and secreto Iberica too. 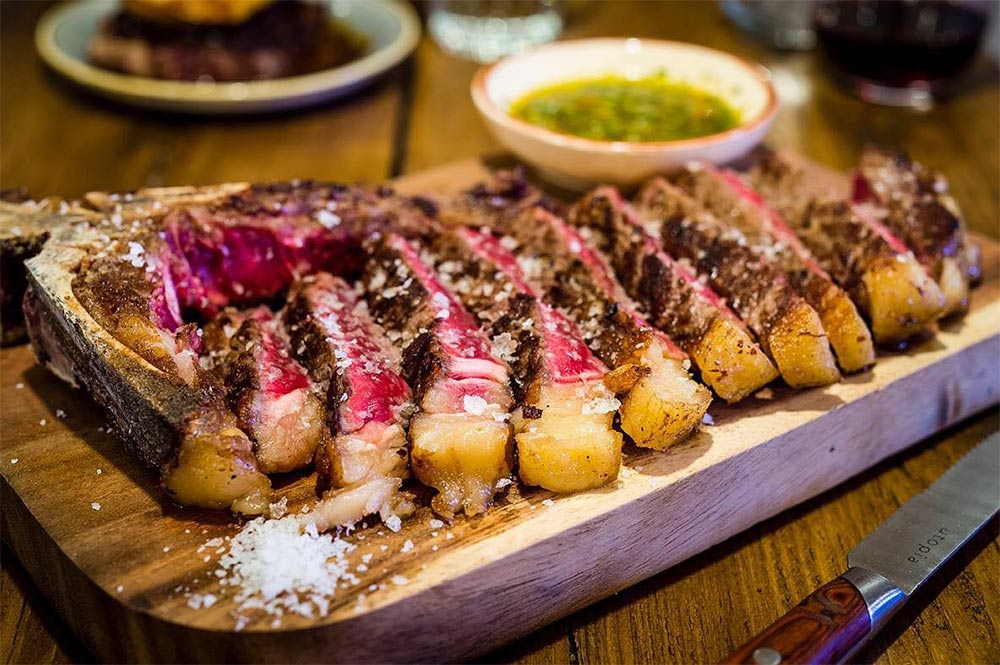 Lobos chef Roberto Castro was originally at Brindisa and brought an ex Brindisa crew with him to Lobos, realising their dream of opening their first garito (neighbourhood joint) in Borough. Of the two branches, the Borough is definitely the more atmospheric. Meat is as big a focus as the tapas, with the secreto Iberico a must-have. 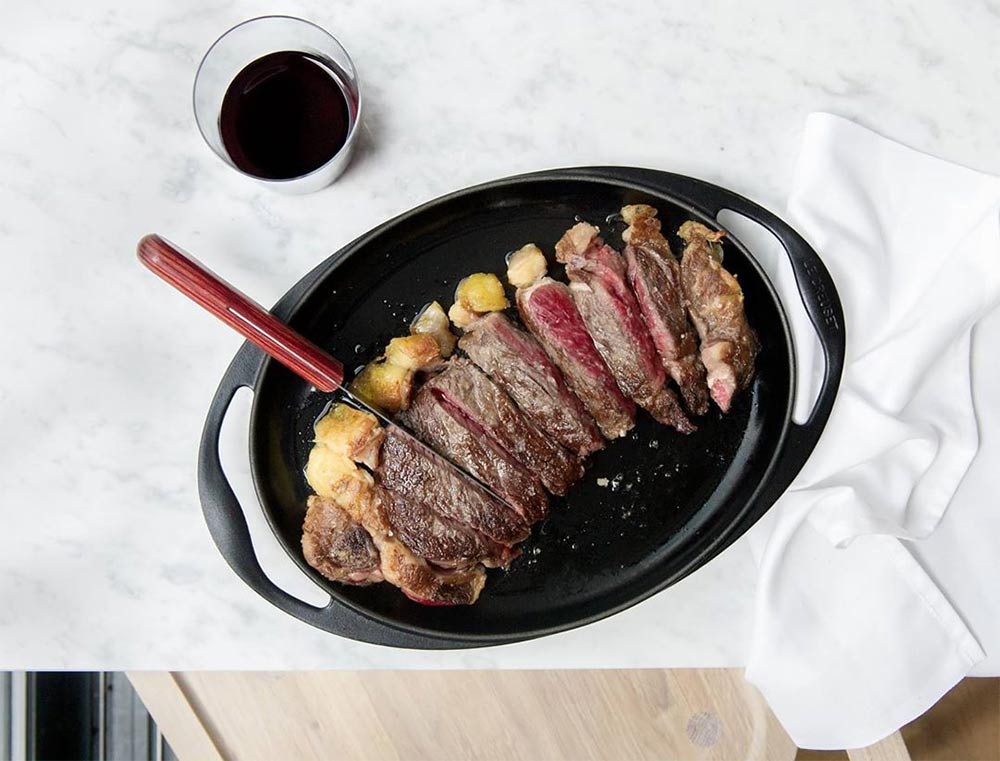 Lurra specialises as a Basque grill and imports their own Galician beef (supplying other restaurants in town), so you will want to make sure to order the Galician steak here (to share), alongside some Presa Iberica. Their sourdough with bone marrow is also excellent. (Lurra pic by Issy Croker)

See also: Just across the road (but closed at the time of writing) is their sister restaurant, the tapas bar Donostia. 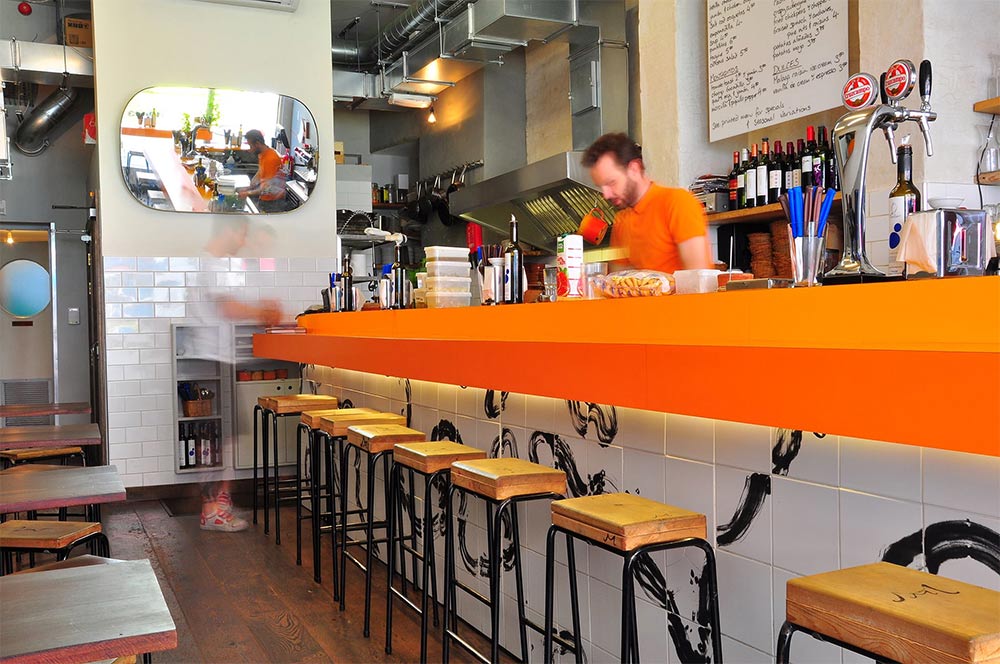 Sam and Sam Clark first opened this tiny offshoot of their popular Exmouth Market restaurant Moro in 2010. Part tapas, part mezze bar, it’s now expanded to Hackney and both places serve up a super selection of twists on classic tapas and dishes that flirt with a North African theme.

More about Morito and Morito Hackney 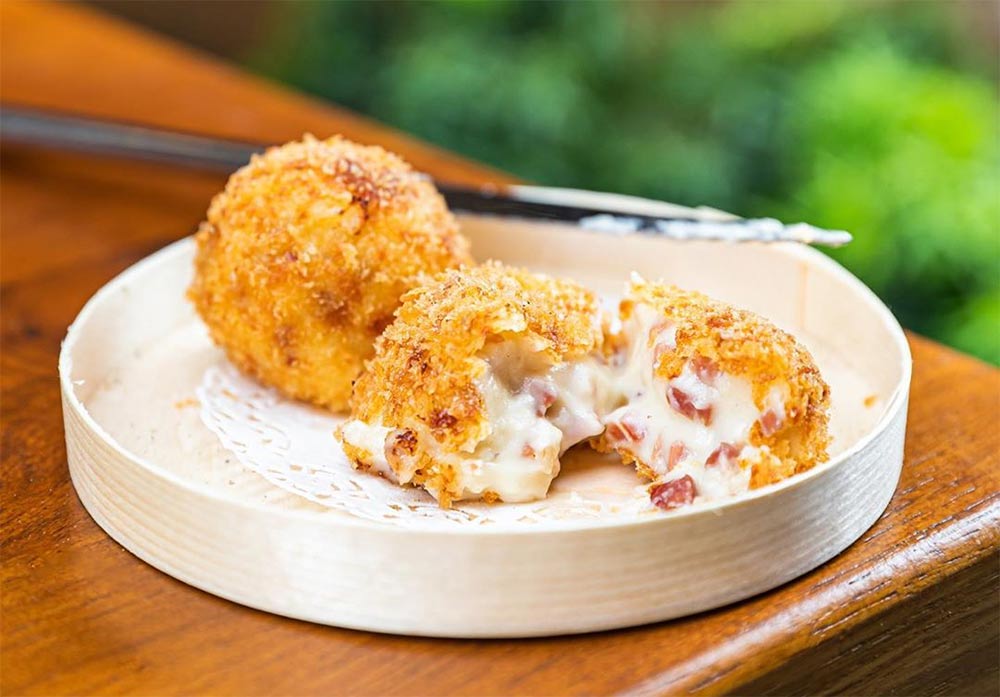 Expectations were sky-high when Nieves Barragan moved from Barrafina to set up her own restaurant with GM José Etura. From the word go it was a huge success and you honestly feel like you could be sat in a tapas bar in Madrid rather than just off Regent Street. It won a Michelin star in its first year and has gone from strength to strength since. At the time of writing, they have an alfresco pop-up outside in Heddon Street - the main restaurant reopens in the Autumn.

Delivery: You can get the Sabor experience at home with Sabor en Casa. 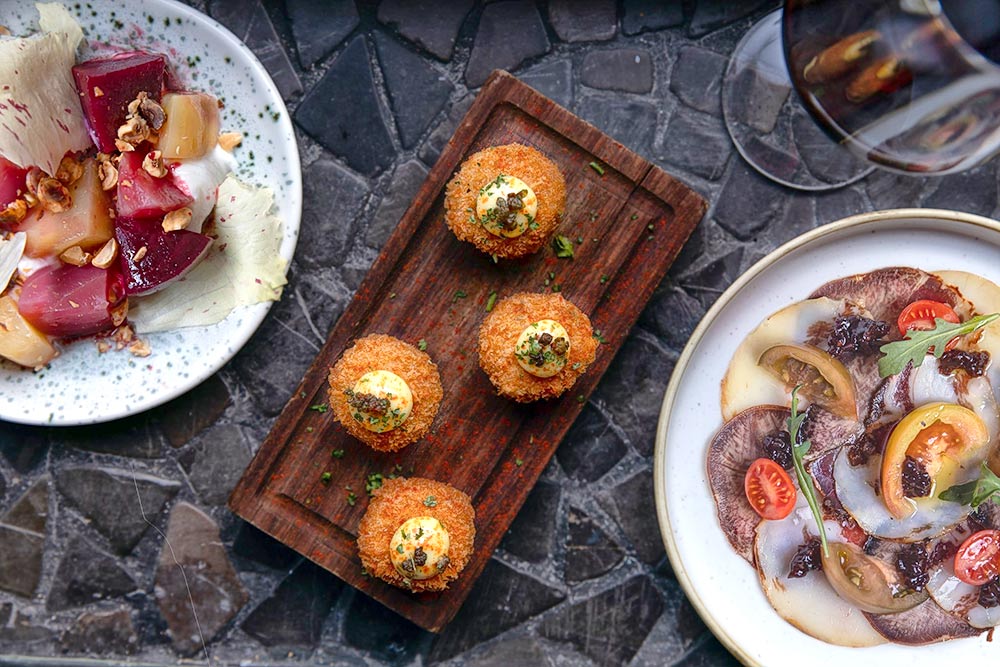 Any tapas roundup is going to have a lot of jamon mentions, but if you're looking for a top veggie pick, then Salt Yard is just the place, the flagship in the group with the same name. Since opening way back in 2005 their courgette flowers, stuffed with Monte Enebro goat’s cheese, lightly deep-fried and drizzled with honey haven't been off the menu. 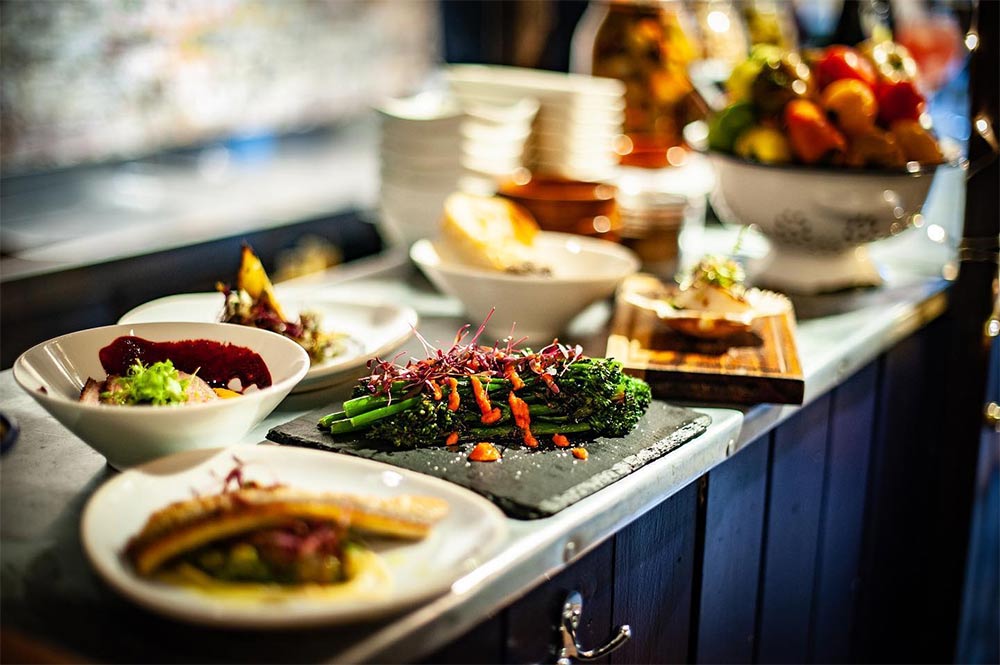 The Tapas room originally started up under the name Donostia Social Club, appearing at Pop Brixton. Since then, they've gone on to open three new restaurants, including a return to Brixton with their newest in Brixton Village. Expect classic tapas like cod croquetas and pan con tomate alongside larger plates like Confit Panceta or Chilled Octopus & Tomato Salad. Look out for their Battersea restaurant soon, which will feature masterclasses.

More about The Tapas Room 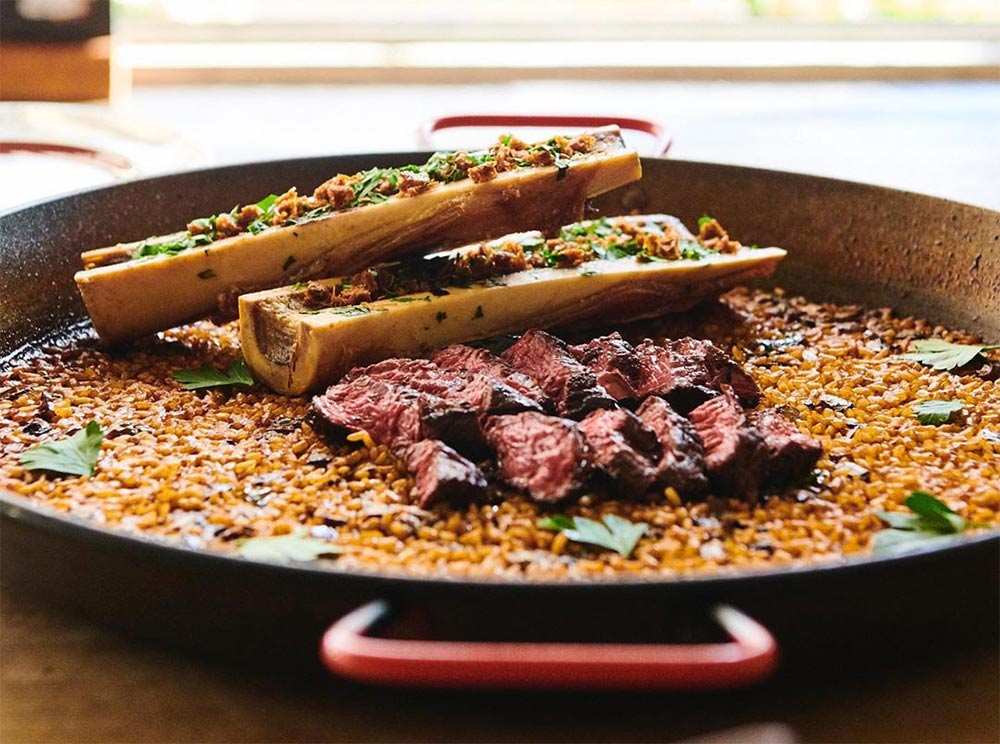 Sitting on Newington Green, Trangallan offers Galician tapas in its neighbourhood restaurant. Standard tapas like tortilla, Padron peppers and jamon croquetas sit alongside a market paella with aioli and keep an eye on the daily specials board too. There's also veg to take away from Natoora and a wine shop.