The best new restaurants coming to London in Autumn 2017

Yes, it's hard to accept it, but summer is quietly slipping out the back door and Autumn is pushing its way in the front one. But while the weather may be getting a little more brisk, the London restaurant scene is quite clearly hotting up. There are a LOT of new restaurants on the way to town over the next few months - so we've taking it upon ourselves to highlight the ones that you really should be paying attention to.

So here's your definitive list of the restaurants to get excited about in Autumn 2017... 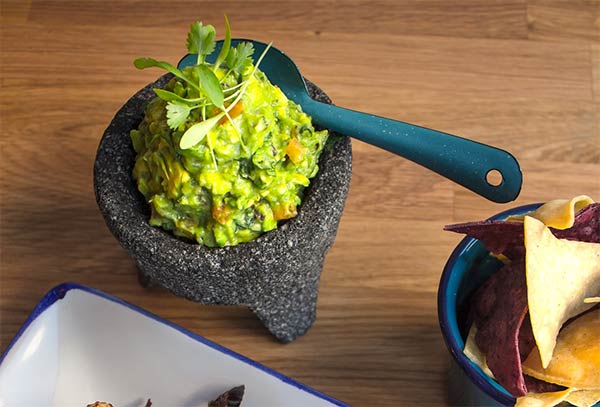 Why should you care? In its last location in Shoreditch, Santo Remedio burned bright but short. However, after a hugely successful Kickstarter, they're back in a new Bermondsey location. Expect the best of the original to return, including their amazing guacomole, as well as tacos, traditional Mexican food and a standalone tequila and mezcal bar too. 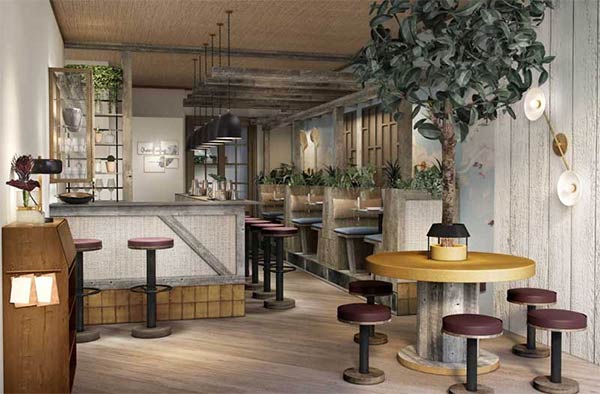 What? The next from Salvation in Noodles

Why should you care? Salvation in Noodles has had success with its Dalston and Finsbury Park outposts, but this sees the company both going further afield (Notting Hill) and trying something new. Here, there will be more of a focus on Vietnamese barbecue, particularly in the skewers of meat cooked on the Robata grill. And there may be a few SIN classics in there too...

Find out more about MAM 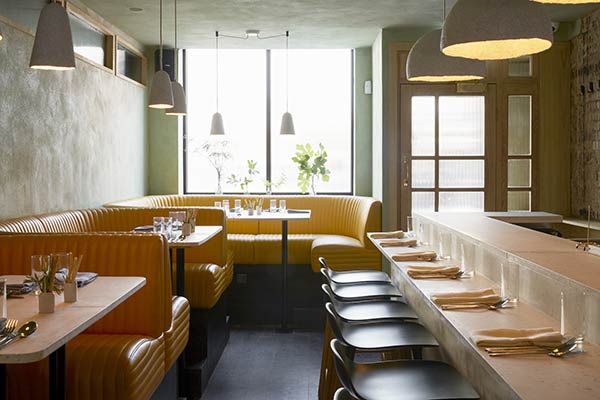 What: Low waste by Mr Lyan

Why should you care? Ryan Chetiyawardana (aka Mr Lyan) has been behind some boundary-pushing cocktail bars in London and this has him embracing the no-waste culture that has increased in popularity of late. He'll be expanding into food alongside the cocktails, most of which have some out-there ingredients included (like "Compost Smoked Carrot" and Japanese knotweed). 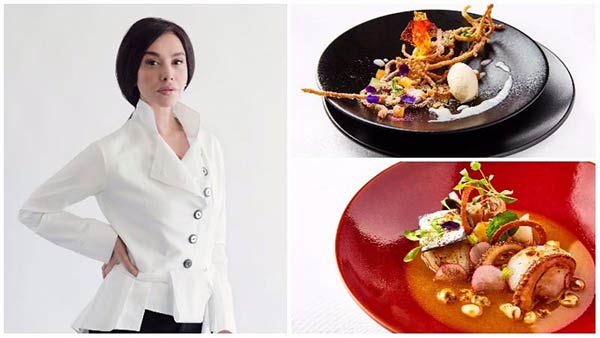 Why should you care? We're FINALLY starting to get some properly good Mexican food in London and this new restaurant is definitely one to watch in that regard. Run by Martha Ortiz who has won many a plaudit for her work in Mexico City, this venture is going for high-end Mexican cuisine. 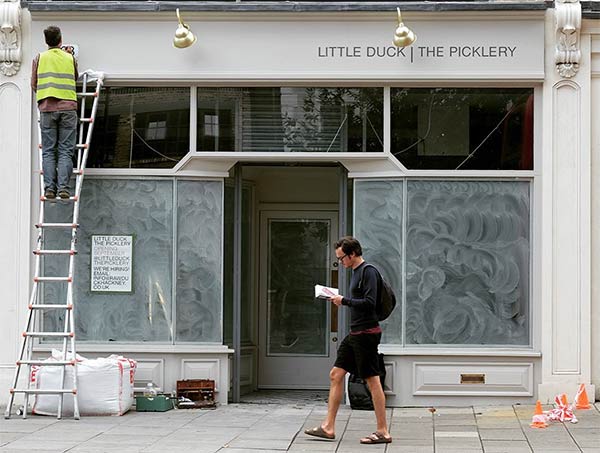 What: The Duck Soup people do pickles in Dalston

Why should you care? This is the latest restaurant from the people behind Duck Soup in Soho and Rawduck. As with their other spots, it sees them trying something new with the focus here being their fermentation kitchen. There'll also be an all-day diner utting what comes out of the kitchen to the best effect - including using some of those pickles and ferments in their cocktail list. 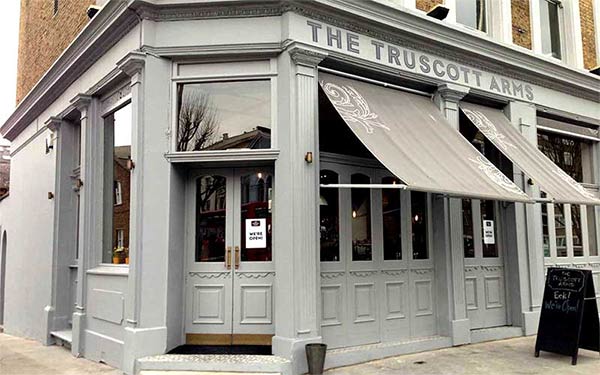 Why should you care? The demise of the Truscott Arms was a sad affair but one with an eventual happy ending - as it's on the way back but with legendary chef Henry Harris attached. Here you can expect a blend of British food with the French cuisine that Harris is best known for. There should be a mean Sunday roast too. 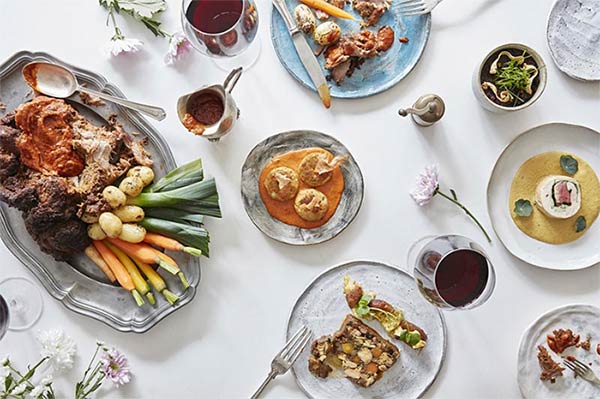 What: Third spot from the people behind Gunpowder

Why should you care? The opening of Madam Ds earlier this year proved that the people behind Gunpowder had more than a few ideas to branch out with. And so they're opening their second restaurant this year, with Gul and Sepoy. This one is taking a unique approach - with a menu divided into two sections, each taking on a different region of India. 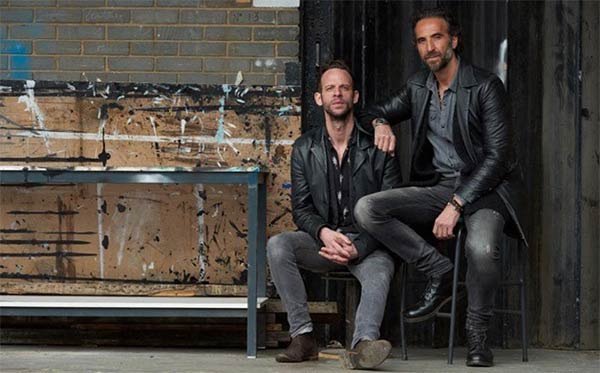 Why should you care? 108 Garage, from the same team and also in West London, somewhat flew under the radar when it first opened. But with the rapturous reception it eventually got, there's no chance that this follow-up will do the same. Here it's all about the grilling downstairs, while they'll feature a Peruvian and Japanese-inspired menu upstairs. 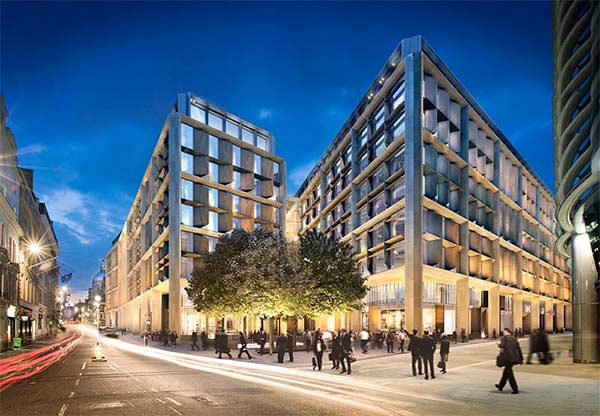 Why should you care? The latest concentrated opening of restaurants to hit an area - like Victoria's Nova before it - is Bloomberg Arcade, part of the huge new Bloomberg European headquarters in the City. Not only does it feature a new Bleecker, Caravan, Vinoteca and a new restaurant from the people behind Gymkhana, but it will also feature only the second Koya Bar in London after the teeny Soho original. 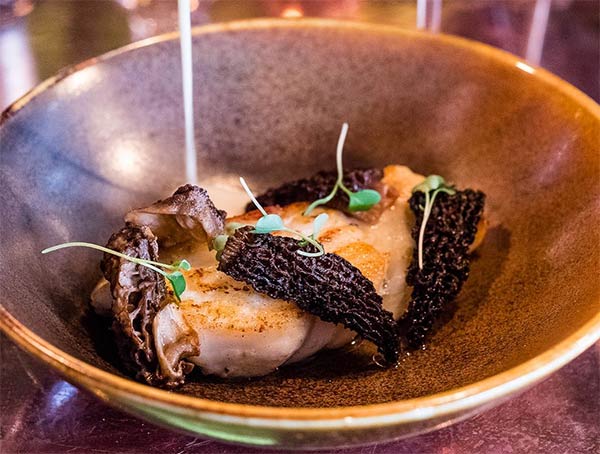 Why should you care? Rambla in Soho has been promised for a while now - the man behind it, Victor Garvey, managed to open another restaurant Sibarita in between announcing Rambla and its opening. But the excellent Sibarita only helped to increase the anticipation for Rambla. This Soho restaurant will mix cured food, seafood and "Muntanya", food inspired from the mountainous Catalan regions. Essentially, expect some great Catalan cuisine. 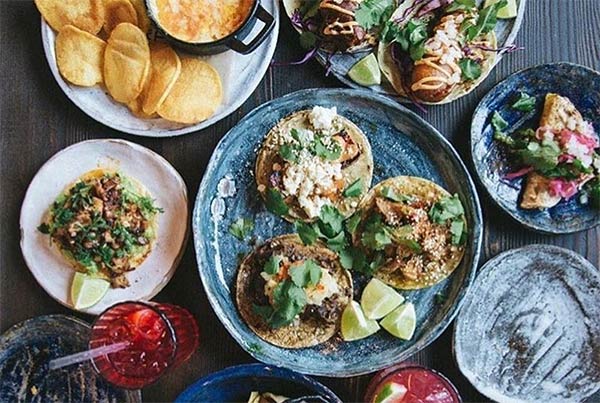 What: Taco joint #2 (and lots more besides)

Why should you care? When Breddos finally opened their own space in Clerkenwell it turned out to be everything we hoped for and more - with an excellent taco menu, some great Mexican dishes and some pretty great team-ups too. Expect similar taco greatness at their Soho spot, as well as the new breakfast menu, a margarita bar and Mexican pizzas. Yes, this one will do very well indeed. 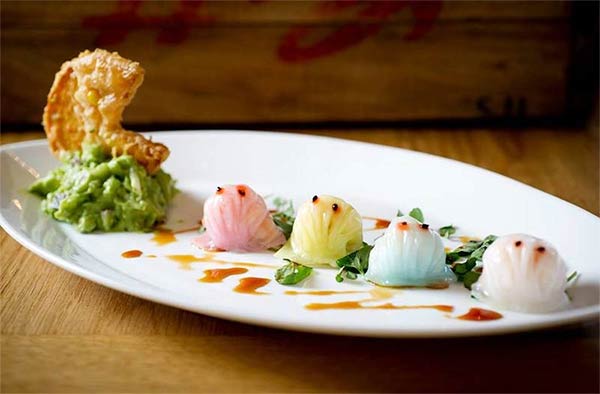 Why should you care? New York's Red Farm is a much-loved restaurant that specialises in clever twists on Chinese dim sum. Chief among these are the Pacman dumplings which are shaped just like the yellow critter chasing some ghosts. Expect a whole lot of that to be popping up on your Instagram feed this Autumn and many other dishes from Red Farm if they live up to the New York original. 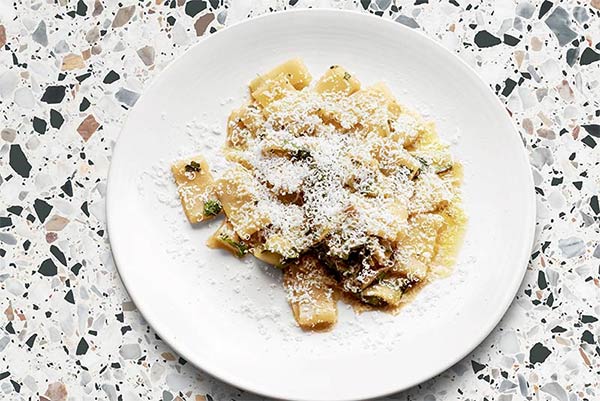 What: Hand made pasta by Stevie Parle in Soho

Why should you care? After major success with Palatino in Clerkenwell, this sees Stevie Parle coming right into the centre of town with his latest, and it's all about the pasta. Expect that pasta to be hand made on site, with the freshness at the heart of everything. He's also aiming to make everything as affordable as possible and Pastaio will have a cocktail list with an Aperol spritz-inspired slushy that's definitely high on our list of Autumn things to try. 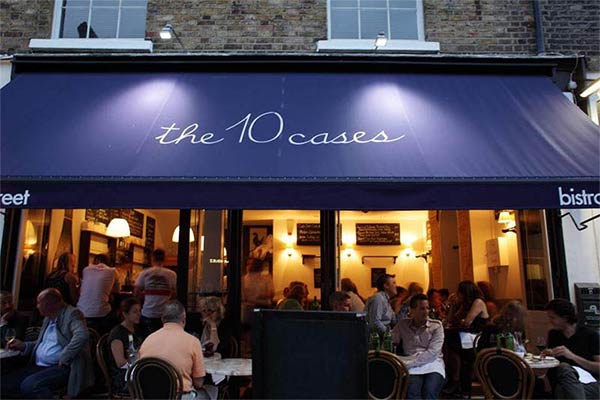 What: The Ten Cases does seafood

Why should you care? Because this is the next restaurant from the people behind popular Covent Garden wine bar, The Ten Cases. They'll be opening up very nearby but focusing on "unfussy simple fish". So that's plenty of seafood cooked simply, backed up with some great wines. That should do the trick. 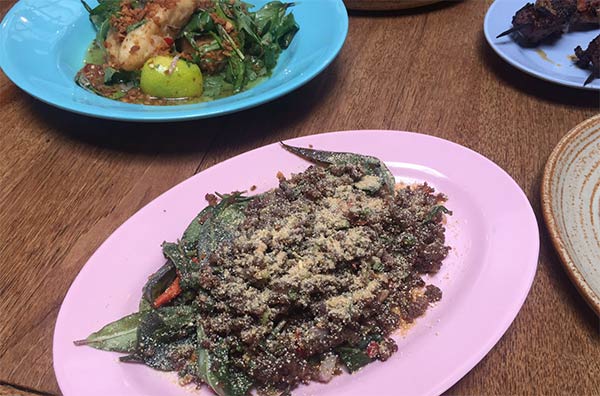 What: The second Smoking Goat, bigger and a new menu too

Why should you care? The original Smoking Goat and its sibling Kiln offer some of the best Thai and barbecued cuisine in Soho, so a follow-up is a very big deal indeed. Expect a short barbecue and seafood menu and a canteen style atmosphere. Their Thai variant of char siu should be worth the trip alone. 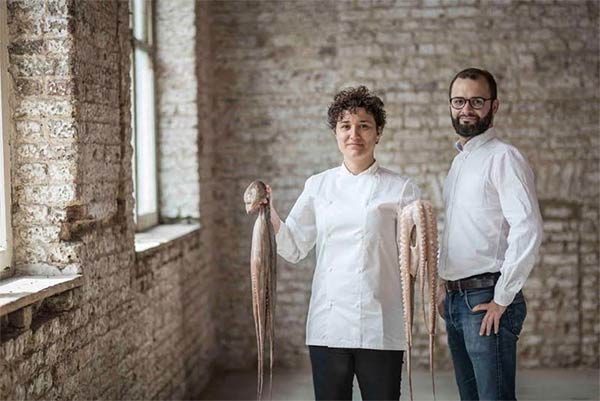 What: Former Barrafina chef Nieves Barragan opens her own place

Why should you care? After being one of the driving forces behind Barrafina's success over the years, Nieves Barragan is finally opening her own place, together with José Etura, who also spent 10 years at Barrafina. Here you can expect the open kitchen to remain at the heart of the experience, which is inspired by the tapas bars of Andalucía, the asadors of Castile and the seafood restaurants of Galicia. 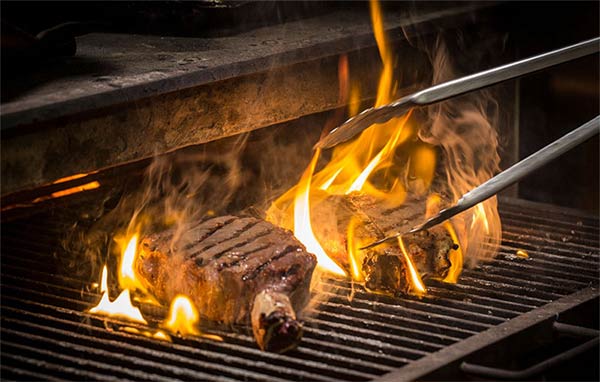 What: Brighton fave comes to town

Why should you care? The original Coal Shed in Brighton is swimming in plaudits, as is its sister restaurant The Salt Room. So the arrival of their next restaurant in London should be a very big thing indeed. Expect lots of sustainable meats and seafood cooked on hot coals, with the same sense of provenance that went into dishes at the Brighton original. 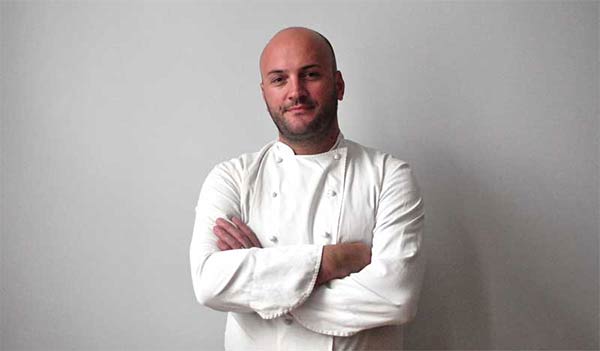 Why should you care? Leandro Carreira deservedly built up a loyal following during his stint at Climpsons Arch and those people, and us, are very excited about what to expect from his solo venture. It will ""observe the flavours, traditions and ingredients from Leandro’s native Portugal, through the eyes of a chef that now calls London home."

There really are a lot of restaurants opening up in the back end of 2017 that have a great deal of potential - here are a few more that should be getting your attention...

Roganic - Simon Rogan is bringing back the restaurant that was his first London venture.

Hoppers - a second venture for the popular Soho spot, and this one will actually let you book.

Gilly's - opening up in Finsbury Park by the same people behind nearby Season Kitchen. Asian-inspires food meets chip shop.

Petersham Nurseries - Petersham comes to London. The cafe is already open, but it's the restaurant that should be worth catching if the orioginal is anything to go by.

Dean and Deluca - We're fans of the American original deli, and this long-promised London outpost should open before the end of the year.

Yamabahçe - It's brought Alan Yau back into the restaurant business, so this Pide restaurant should be worth a look.

Fiume - the latest from Francesco Mazzei, this time a modern Italian restaurant in Battersea

By Chloe. - Don't underestimate the popularity of this US vegan import. It will be huge.

And even that's not all!

All this is just a small taster of what's to open later in 2017. For full details of every interesting place coming your way, read our Coming Soon page.