Whether you have a penchant for pecan pie or just want another reason for some good ol’ fashioned feasting, here is our pick of the best events happening in London around Thanksgiving on Thursday 25 November. 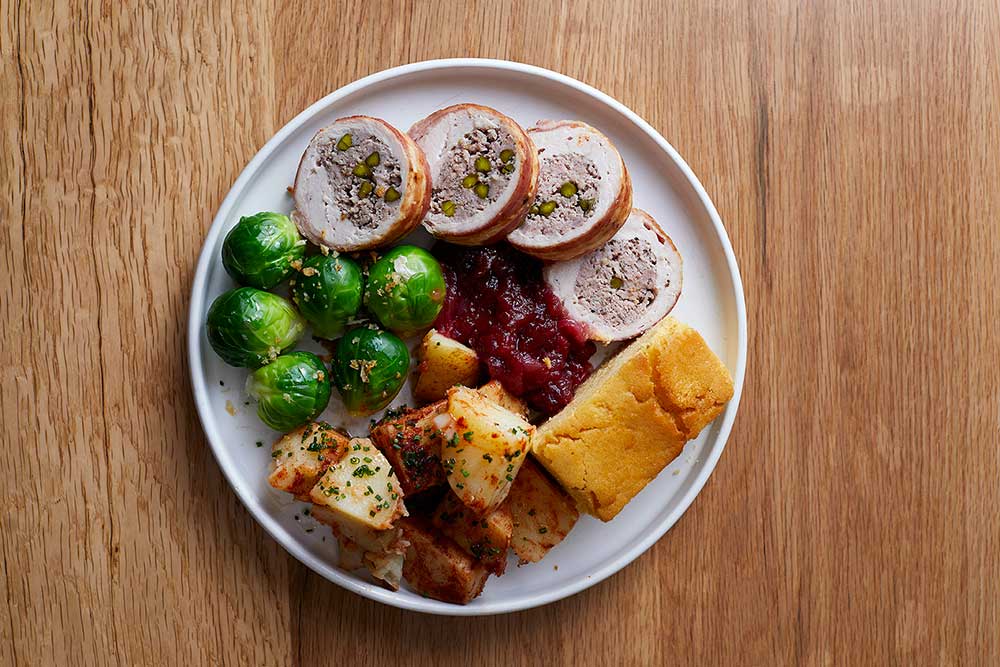 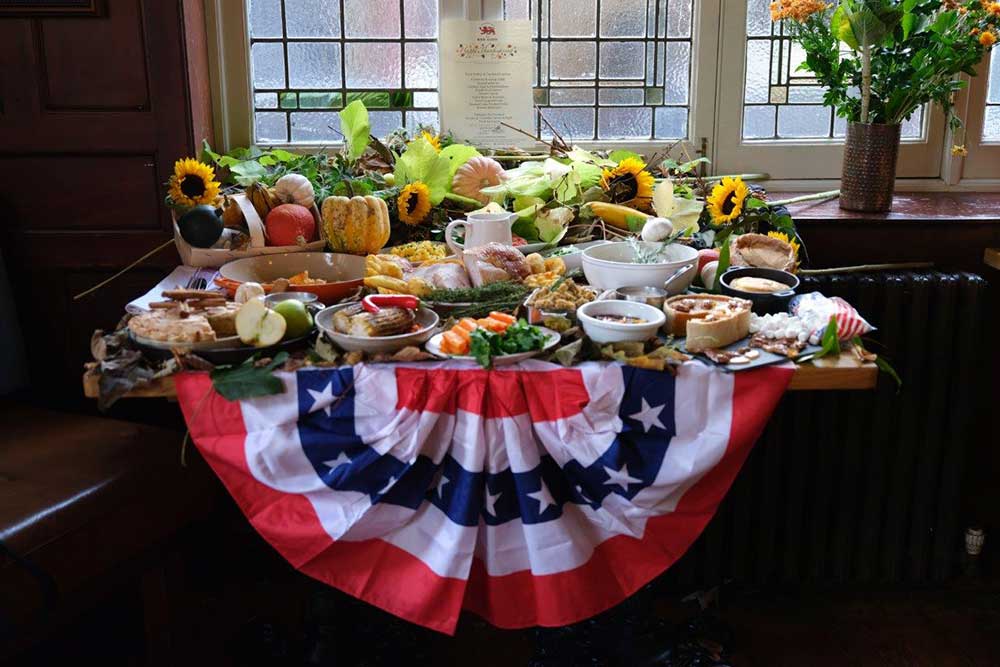 This south London pub is celebrating its 22nd American Thanksgiving this year. There are two sittings at 5pm and 8pm (the earlier one is great for families) and it's particularly popular with expats. 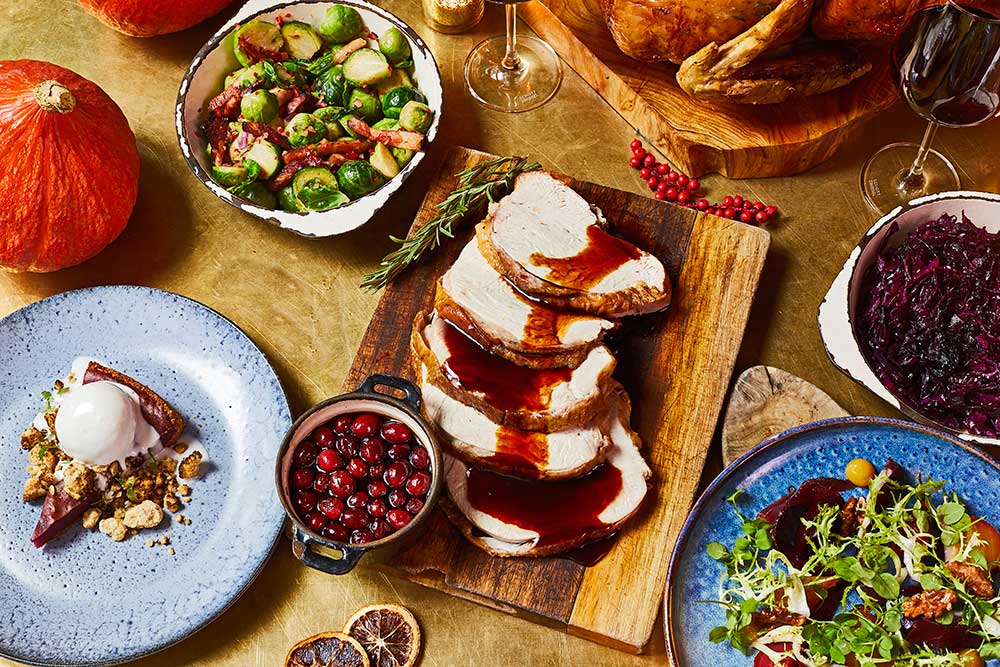 Sea Containers are getting into the spirit of Thanksgiving by supporting The Felix Project with £5 from every Thanksgiving menu going to the charity. The three course meal includes cured duck and roasted beetroot; roast Norfolk turkey with all the trimmings and a Hawaiian sweet potato pie with coconut ice cream. You can order it as a set menu or individual dishes if you prefer. 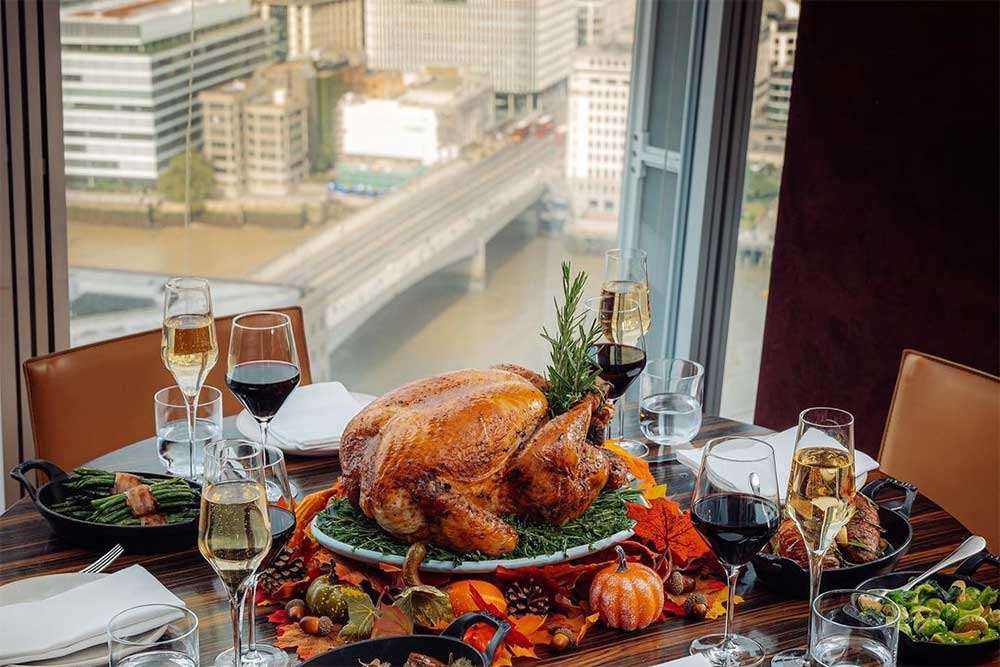 If you're after a high rise restaurant experience for Thankgiving, head to Oblix. Their menu in the West section runs 25-28 November and features a family-style served dinner with rotisserie turkey and chesnut and truffle stuffing along with crushed butternut squash with maple syrup and sage. 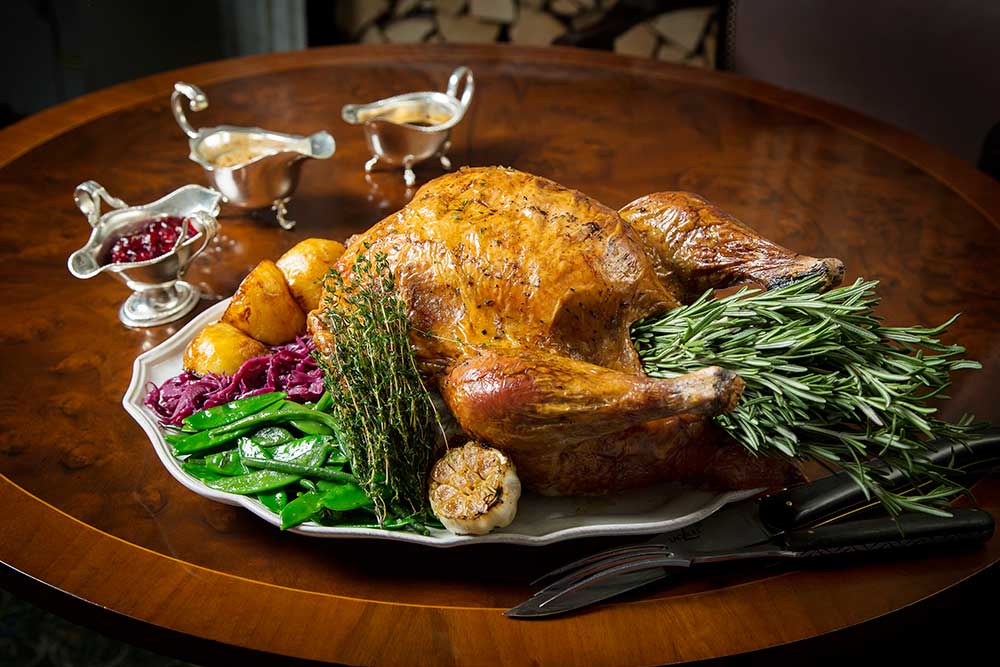 With one of the longest surviving American bars in London you can expect this St James hotel to go big on Thanksgiving. They're having a three course dinner with dishes like sweet potato soup with crispy bacon, rye croutons and sour cream, the turkey and finishing with Pumpkin pie served with oat and pecan crust and a buttermilk ice cream. The menu's served both in the hotel's restaurant The Game Bird, and in the American Bar itself. 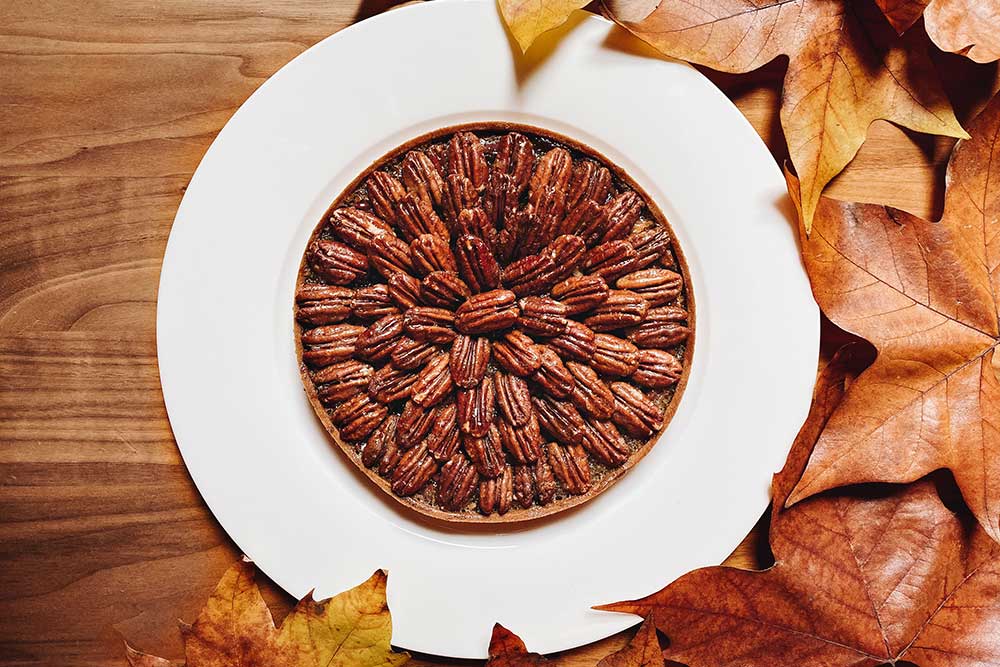 The Galvin's new restaurant at the Kimpton Fitzroy London in Bloomsbury will serve up a three course menu featuring some of Britain’s best seasonal produce with an all-American twist. So there'll be Delica pumpkin soup with grilled ceps, Spenwood cheese and cornbread; roast Mywood Farm free-range turkey and - of course - Pecan Pie. 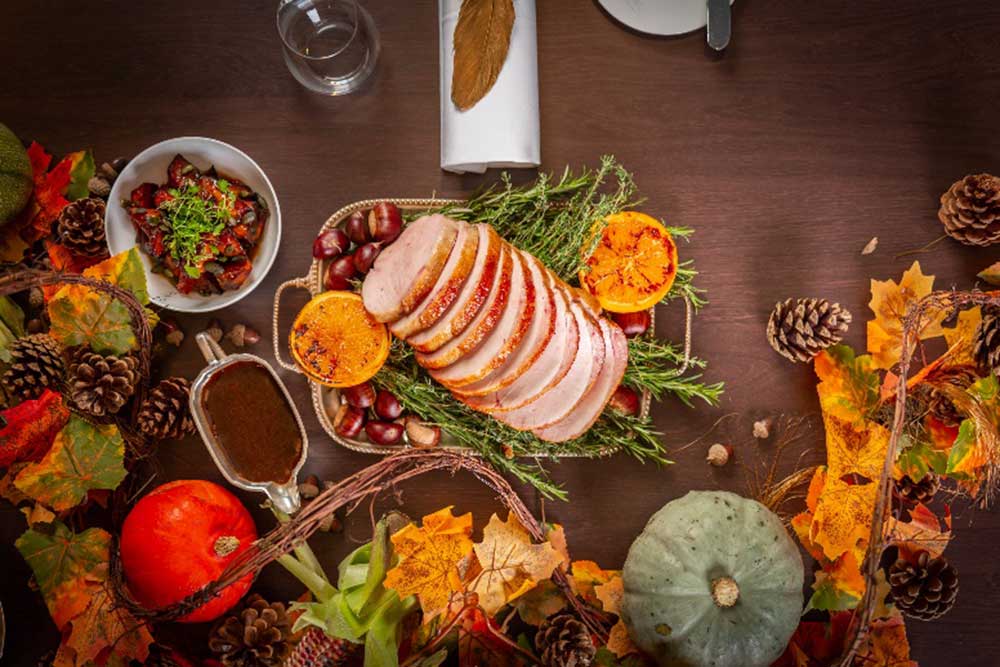 At The Pem, chefs Sally Abé and Laetizia Keating have a menu inspired by Keating's time working in San Francisco's Benu restaurant. Their Maple roast bronze turkey comes with sides like Yams with thyme, brown butter and savoury marshmallow while dessert is a pumpkin pie ice cream. 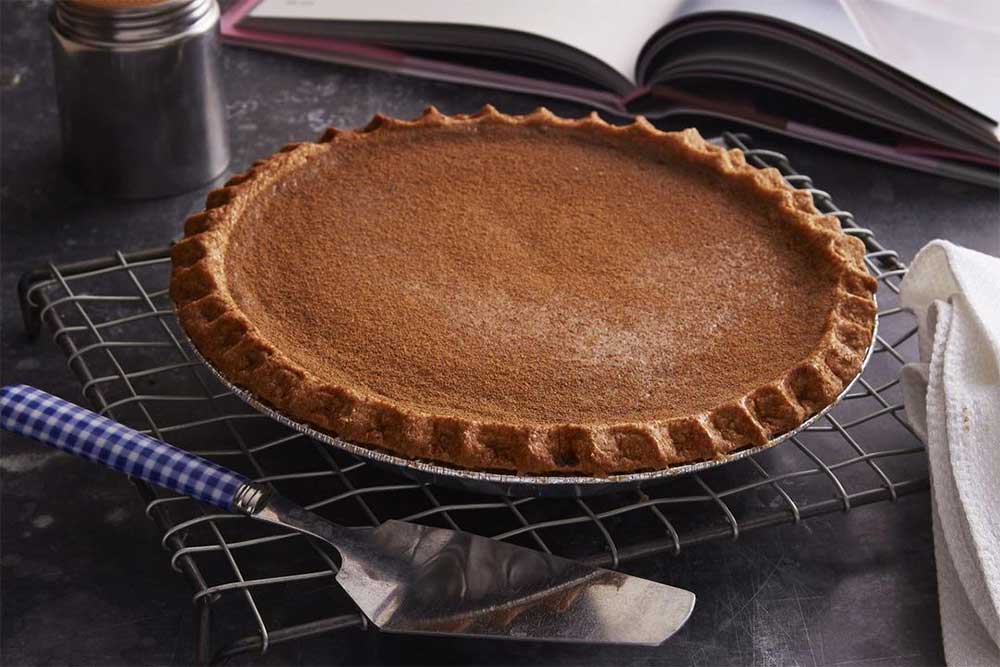 Just in time for Thanksgiving, the bakery has introduced a range of deep filled, freshly-baked pies. There's a choice of pecan, apple, key-lime, Missippi Mud, lemon meringue and pumpkin.

Pergola Paddington is having a party on the night with turkey specials from all the traders.

108 Brasserie in Marylebone is having a Thanksgiving feast kicking off with roasted Ironbark squash salad, followed by sweet potato soup, Roast Caldecott Farm bronze turkey and pumpkin pie, served with bourbon Chantilly cream. It's £45 per person.

The Cadogan Arms are offering guests  Angel’s Envy bourbon cocktails on the day itself, along with Turkey with all the trimmings and a Pecan Pie for dessert.

STK London's restaurants on the Strand and in Westminster are both serving up a Thanksgiving feast between 25-28 November. The menu includes free range turkey served with cornbread, shallot & thyme confit thighs and maple baked sweet potato and there'll be a Spiced Pumpkin Pie served with candied ginger cream & crunchy caramel honeycomb for dessert.

Bob's Lobster are serving up a family-style Thanksgiving menu (for minimum six people) with crayfish croquettes and old bay dipping sauce among the starters and lobster with vanilla white wine butter as a main. It's from £45 per person.

Hotbox is having a festive night with Wild Turkey Bourbon. There'll be turkey and suckling pig tacos, skillet corn bread and a Wild Turkey Thanksgiving Pumpkin Spiced Old Fashioned to go with it. Tickest are £50 for two cocktails and the meal.

The Milestone's Thanksgiving menu has a few twists on tradition - the sweetcorn chowder comes with tiger prawn and tarragon croquettes while the pecan pie is served with maple crunch ice-cream. It's £85 per person.

Sette in Knightbridge has a Italian take on Thanksgiving which includes pumpkin and foie gras ravioli and a cinnamon sugar bomboloni with pecan cream. It's £50 per person and there's a children's menu too.

Joe Allen are going all out with their Thanksgiving menu - sweetcorn soup is the starter served with cornbread muffins. Thre's turkey, of course, along with New York strip if you fancy something different. And dessert will be a Peanut butter and jelly ice-cream sandwich. It's £65 per person.

The Athenaeum's Thanksgiving menu is £49 per person starting with Crab and sweetcorn chowder, followed by Bronze Norfolk Turkey and a Blueberry Pie with Lemon Verbena Chantilly.

Plaquemine Lock is giving a Creole kick to its Thanksgiving celebrations. The menu includes Duck, goose and oyster jambalaya along with Roasted pecan stuffed squash with sweetcorn gravy and caramelised chicory. There'll also be live music from Ten Bells Rag.

La Fromagerie in Marylebone kicks off its Thanksgiving feast with whiskey sours and - as you might expect - there's a Thanksgiving cheeseboard featuring American Rogue River Blue. It's £95.

Sam's Riverside at Hammersmith has a three course Thanksgiving menu on for £55. The starters include Carlingford oysters with a Bloody Mary shot and there's glazed ham, Cornish hake and a wild mushroom and chesnut Wellington for anyone who wants an alternative to turkey. It's £55 per person. 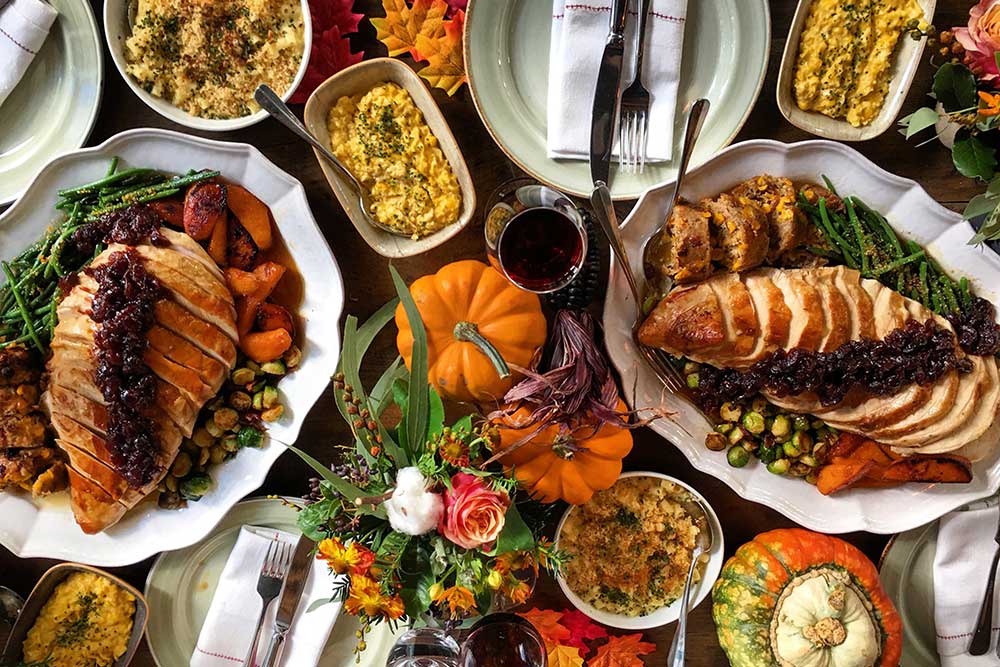 Riding House at Home have a Thanksgiving Feast Box for two. It includes a cornbread stuffed turkey leg with all the sides, pecan and pumpkin pie, some Kentucky Bucket punch along with party games and decorations.