Something for the Weekend

Five foodie destinations within a hour or two of London

You know how it is, you’ve either decided on the spur of the moment to escape London for the weekend, or you’ve been preparing for a couple of nights away from the kids with the military precision of a Napoleonic campaign.

Either way, if you’re heading out of London, who wants to spend any more of that precious time on the road than they have to? We’ve picked five great places for fussy foodies to stay where they’ll be sipping decent Bloody Marys in the bar just two hours after leaving the city. 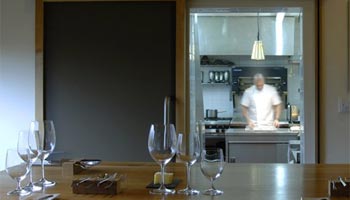 Nottingham is just 1hr 45 minutes from London by train which means you can be checking into your room at Sat Bains in the requisite two hours. There are seven to choose from, including one with four-poster and open fire.

What to order: Go the whole hog and have ten course and wine-pairing knowing you only have to go upstairs at the end of the meal.

Prices: Rooms start at £90 and package Six (which covers the weekend) is £600 for a couple for the night including vintage fizz in the room on your arrival and the 10-course dinner including one course served in the kitchen. 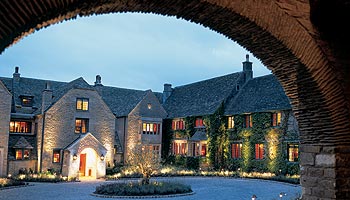 Whatley Manor’s Martin Burge picked up the prize for Chef of the Year in the Independent’s 2009 Food and Wine Awards. They rated him for his ‘startlingly beautiful’ food. As for the rest of your weekend, you can while away the time in the opulent La Prairie spa or simply wandering round the beautifully restored gardens. It’s not cheap, but you’re worth it.

What to order: The white chocolate mousse topped with star anise meringue.

Prices: Rooms start at £295 a night and you’ll need to book two nights at weekends. 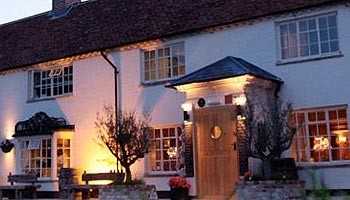 Set on the South Downs, this Inn with rooms has had £4m lavished on it by its new owner, David Barnard who ran the Crab at Chieveley. There’s a fabulous marble oyster bar, Guinness on tap and the promise of sustainably-caught fish on the menu in the restaurant. Rooms receive mixed reviews, but reviewers agree they’re well fitted out.

What to order: Oysters as long as there’s an R in the month. The Sunday roast is good too.

Prices: Weekend room rates are £150, and for £50 more you can have a gazebo in the garden complete with its own hot tub. 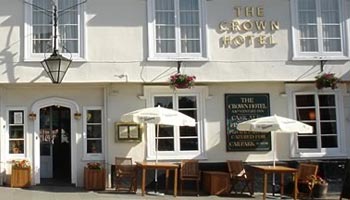 Reassuringly free of frills, the Crown is set on the main square of Suffolk county town Framlingham. Hot Dinners enjoyed a particularly good meal of freshly cooked lobster and warm potato salad here in summer – and it was simply one of the nicest lunches we had in 2009. There’s usually a market on the main square on Saturdays, and the huge castle is worth a wander about.

What to order: Lobster if it’s on the menu, otherwise mussels cooked in local Aspall Cyder. 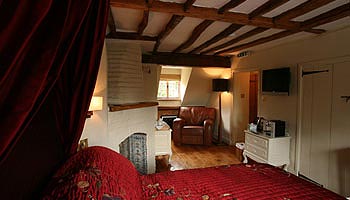 The Hand and Flowers, Marlow, Buckinghamshire

Chef Tom arrived in Marlow by way of The Capital and a series of Michelin-starred restaurants before he gained his own star here just a year after opening. There are four suites in a cottage just down the road from the pub, with flat screen TVs and espresso machines for a good start to your morning away.

What to order: The Braised shin of Essex beef with beef dripping is pretty special.

Prices: Bed and breakfast from £140 for the night.