Loved up or lovelorn? Where to eat in London on Valentine's Day

Whether you’re looking for somewhere special to take your other half, or would usually rather dine on a doner than brave eating out during the festival of love – we’ve got a restaurant that's right for you.

The best place to go if you're a new couple 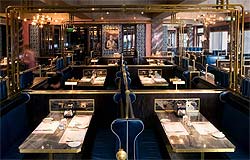 If you're really newly loved-up you'll be looking for a choice that both declares your love to the rooftops, yet isn't too full on. So while Covent Garden's Clos Maggiore is officially London's most romantic restaurant™, it's might be a bit too much for a first Valentine's Night. So how about Bob Bob Ricard instead? Get yourself a booth, order a dozen oysters, make liberal use of the 'Press for Champagne' button and you can't go wrong. 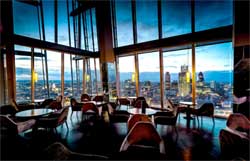 You're looking for somewhere that shows you made a bit of an effort, thought far enough in advance to get a booking, and is buzzy enough to fill in any gaps in the conversation. The great thing about Aqua Shard is that the view's the star of the show here which takes the pressure off the pair of you on your first Valentine's Day out.

The best place to go if you're an old romantic 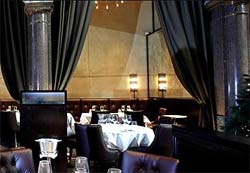 Galvin La Chapelle meets every requirement of someone looking to be wined and dined on Valentine's Night. Its dark, candlelit interior sets the scene and the tables are well spaced so you can whisper embarassing sweet nothings without every word being heard by the couple on the next table. The gallic charm of the waiters finishes off the experience. . 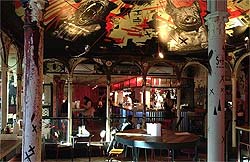 This year's best bet to eat out on Valentine's Day if you're not into PDAs or don't have a special someone has got to be somewhere that does 'cue and doesn't take reservations. We can't imagine there are many brave souls out there who'd care to suggest to their loved one that they spend Valentine's Day queueing in the cold for a meal where they're bound to have burger juice or BBQ sauce dripping down their chins. That said, if you suggest it and the love of your life says yes - then they're clearly a keeper.

The best restaurant to pop the question 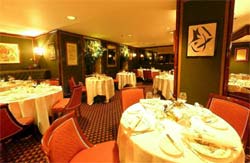 You don't need us to tell you there's a lot riding on where you do this - remember you're going to have to retell the story again and again (if he or she says yes). You'll be looking for somewhere special, somewhere classy, somewhere where the staff have been trained to within an inch of their lives to respond to this sort of caper and that'll be Le Gavroche. Yes, there are three star restaurants in town you could book, but to be honest, you don't want too much flummery over the food, you just want the whole evening to be perfect - and you can pretty much guarantee that here. 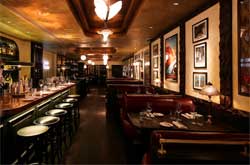 So you're after something a little newer. But you still want it to be special. There's a lot going for Jason Atherton's Little Social then. First, you need the right table - the smaller leather banquette at the front would be just right for the big ask. Order some truffled burrata to start and work your way through the rib-eye on the bone to share. As the buzz in the room reaches a crescendo, that's the time for you to see if they'll do you the honour. 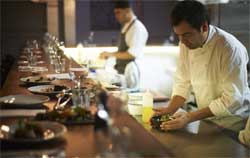 Let's face it, you probably wouldn't be caught within a mile of a London restaurant on Valentine's Day, but this will have been a bloody hard week for you. Treat yourself to a counter seat later in the week at somewhere crazily busy like Palomar where the banter is great, there's merry mayhem going on all around you and the food is the stuff that, if it won't mend a broken heart, will certainly make it hurt a lot less.

To see what London's restaurants have on for this Valentine's Day (as you might expect, there's a lot of oysters and champagne to be had) see our 2015 Valentine's Day roundup.