With every popular hotel booked up till the end of summer; if you're planning a UK staycation (and who isn't) then what you really need to know about are this year's interesting new hotel openings. 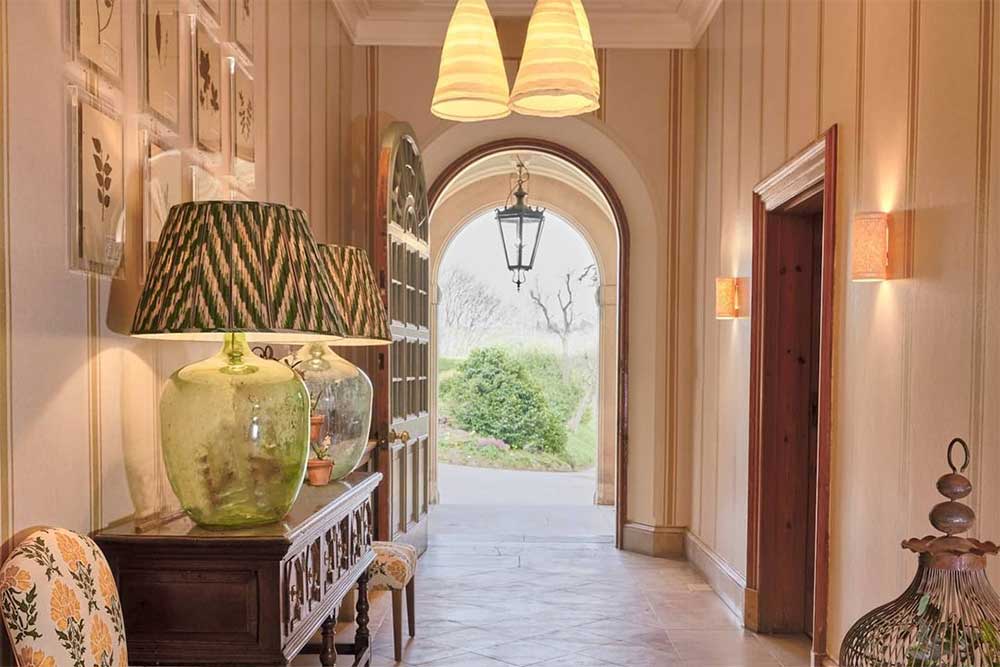 The hotel: The first of a series of hotel openings planned by Wildhive, this rural Derbyshire hotel’s big selling points are the woodland one-bedroom ‘hives’ and treehouses with outdoor bathing.

The food: Executive chef David Bukowicki (ex-Barnsdale Lodge) is looking after the Garden Room restaurant and bar here. He’s promising dishes like Derbyshire oatcakes with pickled fennel and kohlrabi and a special ‘snap’ menu for the bit between lunch and dinner when you might be feeling peckish. He’ll have the hotel’s 15 beehives and a kitchen garden to use for vegetables, herbs and honey. 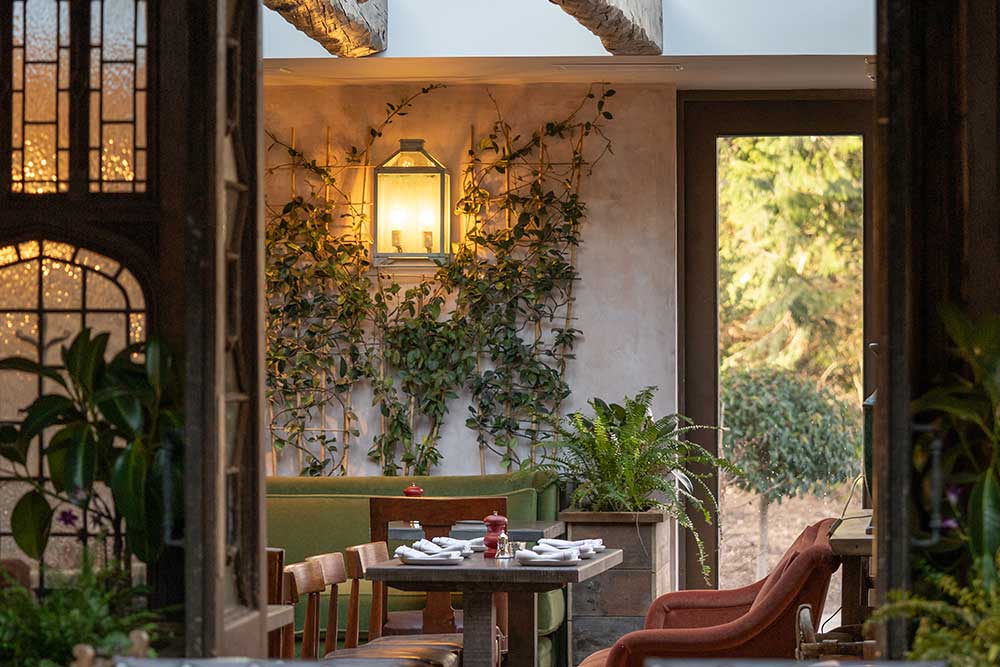 The hotel: Husband and wife duo Sam and Georgie Pearman are behind new hotel group Country Creatures. This 17th century Oxfordshire Inn will be their third opening (they run The Chequers in Churchill and the Swan in Ascott-under-Wychwood). A maze of snugs and lounges, the hotel has 19 bedrooms with roll-top baths.

The food: Richard Turner, butcher and founder of Hawksmoor and Meatopia is working with the hotel's Head Chef, Richard Sandiford (ex-Hawksmoor) on a menu all about open-fire cooking. He's promising large cuts of meat and whole fish dishes and particularly good Sunday roasts. 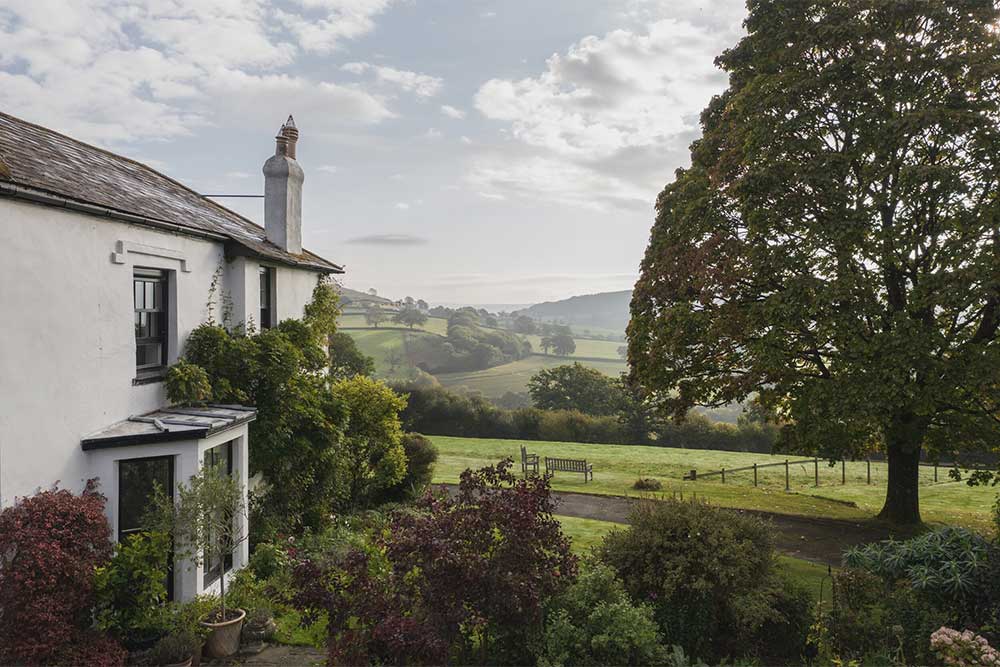 The hotel: For owners Hugo and Olive Guest, the opening of Glebe House guesthouse, restaurant and smallholding really is a homecoming - Hugo grew up here with his parents running it as a B&B. There are five ensuite bedrooms; one even has its own working wood burner. It's a three-mile walk from the house to the Jurassic Coast.

The food: Having trained as a chef at Sorella and The Marksman in London, Hugo's offering here will be a fixed menu of four courses with snacks and petit fours. Expect all the produce to be either home or local-grown and the picnics sound well worth ordering too. 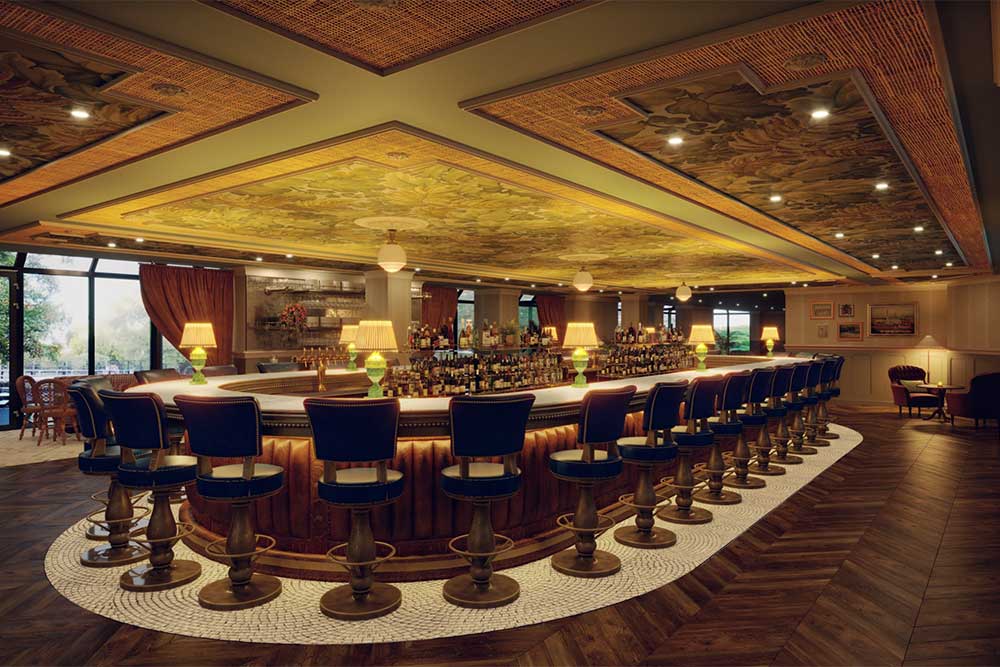 The hotels: The Graduate hotel group has a portfolio of hotels in college towns in America and this summer is opening in two UK varsity cities - Oxford and Cambridge. The Cambridge hotel is right on the river Cam and if the hotel’s free bikes aren’t available to tour the area, you could always take a punt instead. In Oxford, they’ve taken over the city’s Randolph Hotel and installed a wellness centre among other things.

The food: With White Rabbit Studio (Lina Stores, Kricket) looking after the food side of things at all the Graduate hotels in the UK, you can expect it to be good. In Cambridge chef Adam Wood (ex-Perilla) will run the Garden House restaurant. Expect dishes to be both seasonal and local in focus - like the native oysters, gooseberry and jalapeno on the launch menu. 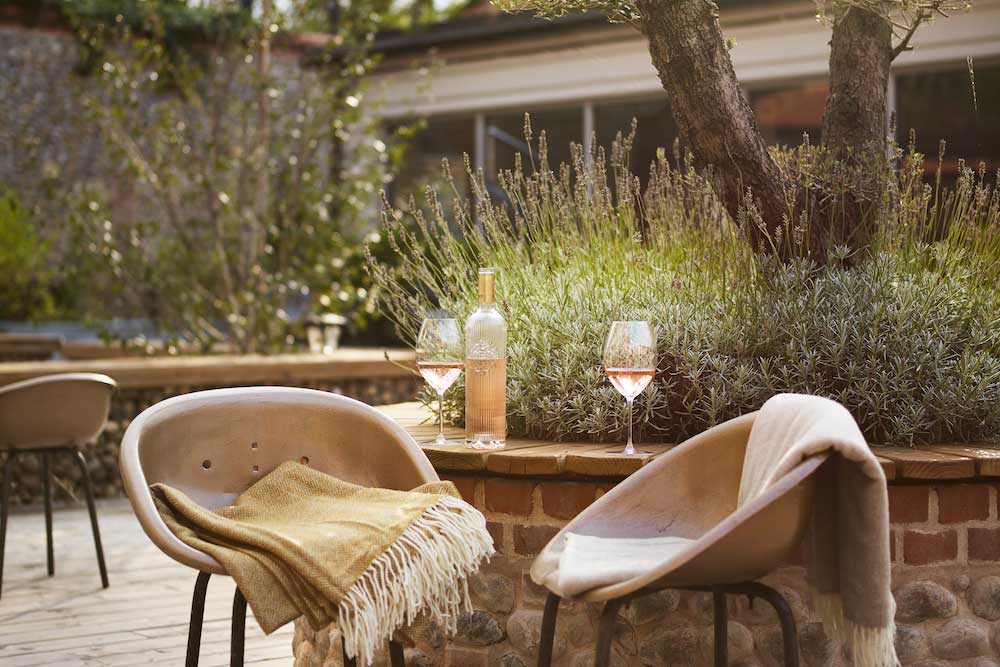 The hotel: This boutique hotel and members club, housed in an old glass blowing factory, has 32 bedrooms plus a lovely outside space The Yard where they're serving up cold rose along with BBQ and pizzas. Even the lounge areas have a food & drink focus with enomatic machines so you can serve yourself.

The food: There are several places to eat and drink here - all only open to hotel guests. They include a formal dining space, Stanley's, a downstairs bar and a den for movie nights and pool table challenges. They describe the cooking as 'cosmopolitan with a Norfolk accent' so that means dishes like hand-dived queen scallop, oyster cream, bacon powder and Norfolk samphire.

More about The Harper 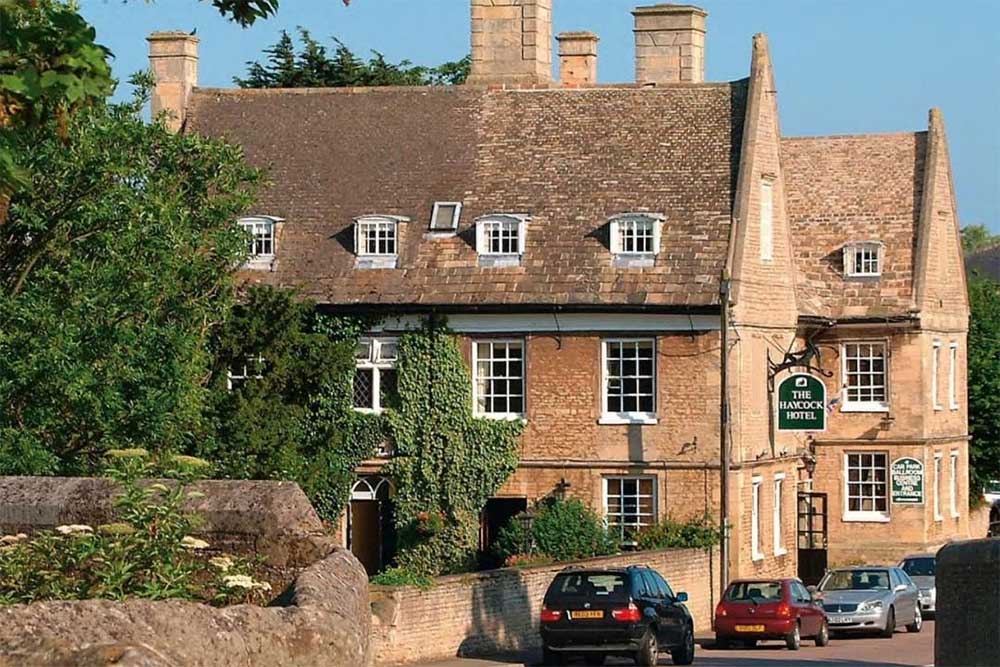 The hotel: Set on the River Nene, this historic hotel has had a multi-million-pound makeover from its new owners. Rooms have all been refurbished with Nespresso machines as standard and Bose stereos in the master suits. Who knows, you might get the same rooms that either Mary Queen of Scots or Queen Victoria stayed in.

The food: local chef Lee Clarke has moved his well-regarded Peterborough restaurant Prévost here to the Haycock, taking over the orangery where he'll be joined by ex L'enclume chef Sam Nash. He'll also run the Haycock Kitchen here at the hotel where more casual dishes still sound great like hen's egg with romaine, lord of the hundred, chicken skin and smoked eel. 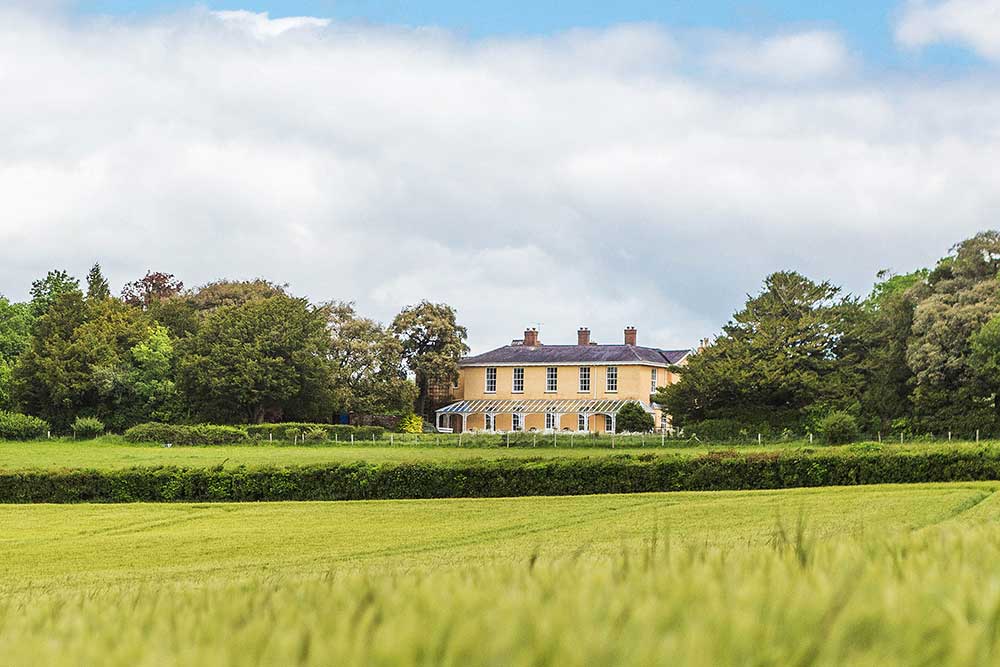 The Pig in the South Downs

The hotel: Goodness, the pigs are popular - every other hotel in the group is booked out until September. So if you do want to stay at one, their next opening in West Sussex will be the one to watch. There are a variety of options when it comes to stay, from being in the main house to garden wagons near the kitchen gardens. This will also be the site for the group’s first vineyard.

The food: While every Pig hotel has its own kitchen garden, the one here will be the largest. The greenhouse restaurant will also look to coastal fishing villages including Rustington and Eastbourne for supplying the catch of the day. The head chef is Kamil Oseka who comes here from The Pig at Bridge Place.

More about The Pig in the South Downs 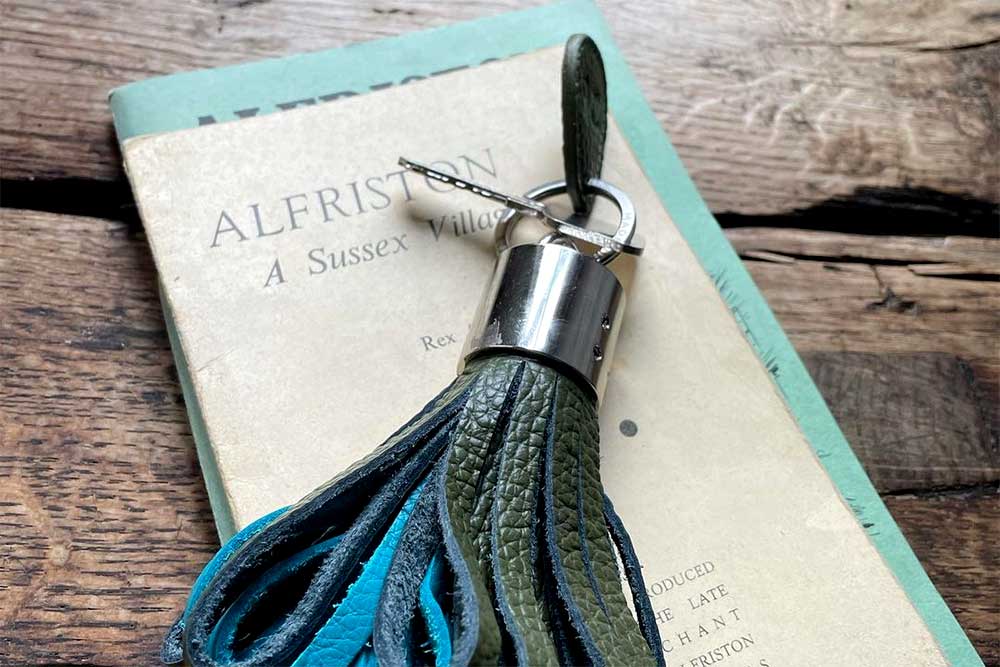 The hotel: Hoteliers Olga and Alex Polizza already run the wonderful south-west properties Hotel Endsleigh and Hotel Tresaunton. Now they've taken on the historic Star Inn in Alfriston. Joining them in charge of the 30 room hotel is general manager Edward Johnson from The Berkeley.

The food: chef Tim Kensett (ex-Fife Arms and River Cafe) is in charge of the food here. We’re told he’s developing an all-day dining offering for the Inn at the Star - there’s a less formal main room with a lovely open fire along with a separate dining room. And you can expect plenty of local ales on offer.

More about The Star

If the springtime sunshine and the upcoming bank holiday bonanza have you considering your staycation options, use our guide to find the best places to...
Read more