The third feature in our London neighbourhood restaurant series (see Part 1: East London and Part 2: South London) takes us to the northern reaches of the capital.

North London is packed full of neighbourhood gems. Thanks to clusterings of Jewish, Turkish and Japanese communities that have settled here, North Londoners don't have to travel far at all to enjoy an interesting meal at decent price.. 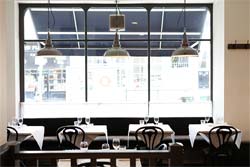 London is littered with neighbourhood Italian trattorias, many of which have failed to keep up with the developing scene of quality, regionally focused Italian restaurants. Thankfully Trullo, which opened in 2008 under the aegis of ex St John and Moro Chef Tim Siadatan, can be counted amongst the ‘new generation’ of Italian restaurants.

Where is it? A one minute walk from Highbury and Islington station, just off Highbury Corner.

What should we have? The menu at Trullo changes with the seasons. Burrata, ravioli and roast meats are all recent dishes which have drawn rave reviews. Vegetarians won’t go hungry either, butternut squash fritters and marinated aubergine hold their own.

Worth the journey? Trullo seamlessly combines quality ingredients, a fresh, seasonable menu and a well formulated (all Italian) wine list in a comfortable, well decorated and busting space. A must visit. 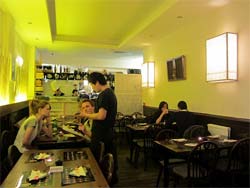 Finsbury Park is an area often (unfairly) typecast as one blighted by ‘casual’ and fast food restaurants. Dotori, a Korean / Japanese restaurant is a well-kept secret for locals who pile in every day of the week to enjoy some of the best value food in London.

Where is it? Dotori hides in plain sight, an unassuming shop front just next to Finsbury Park station.

What should we have? Regulars here give much praise to the Korean side of the menu – items such as Bulgogi, Bibimbap and Kimchee are go-to dishes, whilst the Tempura is consistently on point.

Worth the journey? Authentic, traditional, cheap – three words to sum up Dotori. The service can be a little brisk at times, but given that an average meal comes to around £20 per head, we’re willing to make a few concessions. 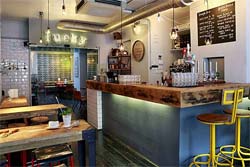 Dach and Sons - Hampstead – 68 Heath Street, NW3 1DN
Hampstead Village has been starved of interesting dining options for years. Open recently, Dach and Sons – founded by the owners of cocktail bars Purl and Worship Street Whistling Shop - looks to change this with their mid-western Hotdog, Craft Beer and ‘Whisky’ joint in the heart of Hampstead.

Where is it? You’ll find Dach and Sons sandwiched between a Pizza Express and a branch of the Argentine steak chain Gaucho a stone’s throw from Hampstead underground station.

What should we have? If you’ve made it this far, it would be remiss of you not to try at least one of the hotdogs. These dogs are made in-house, the meat is sourced locally from the Hampstead butcher just down the road. If dogs aren’t your think there is a selection of sliders and a choice of hearty sides to fill up on. Drinks are a key part of the experience, their Boilermakers (shot of whisky and a beer) are carefully matched and the Juleps (Bourbon and mint) the best you’ll have anywhere in London.

Worth the journey? The owners of Dach and Sons have taken a punt by opening such a place in a traditionally residential area. The feeling is unpretentious and the offering simple. Add to this the (not so) secret cocktail bar upstairs turning out top quality tipples and you’ve got yourself a winning formula. 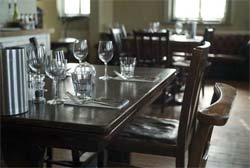 North London has a great wealth of gastropubs, and narrowing down the selection to just one proved challenging until we thought of the Bull & Last. Since 2008, this establishment has drawn locals from around the area to enjoy dinner, drinks, and a Sunday Brunch proclaimed by Observer Food Monthly as being one of the best in the country.

Where is it? Locals usually reach the Bull & Last by wandering through the eastern side of Hampstead Heath, next to Parliament Hill. If you’re not fortunate enough to live around here, Gospel Oak and Tufnell Park stations are within close reach.

What should we have? The scotch eggs here are acclaimed as some of the best in London, but since you’ve come all this way you’ll also want to try the onglet and the triple cooked chips. Make sure to save room for the homemade ice creams and selection of cheeses. The drinks list is a short, but well stocked selection of ‘real ales’ and decent value red and white wines.

Worth the journey? Even though Highgate is just a short stretch away from ‘suddenly hip’ Kentish Town, you’ll feel equally at ease grabbing a pint of Freedom as you will a three course meal at this local magnet which is yet to draw a bad review. 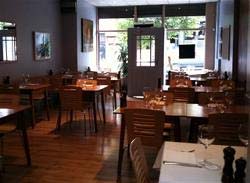 A well-kept secret of North London, known mainly by locals and a clutch of savvy bloggers, this modern and simple restaurant run by Chef Mario Magli (who in former years worked with Jamie Oliver) quietly achieves.

Where is it? In the thick of it, on Holloway Road, in between Archway and Upper Holloway stations.

What should we have? The menu is filled with classic Italian dishes, most of which are constructed from scratch. The pastas (Ravioli, Gnocchi and Pappardelle) are generously portioned and trumped only by excellent mains which range from swordfish steaks and tuna loin to slow cooked rabbit and lamb cutlets.

Worth the journey? 500 is pretty much the textbook definition of ‘neighbourhood gem’, simple menu, quality ingredients, honestly prepared – all at local prices.

And while you're up north, also try...