Whether all those charcuterie board videos on TikTok have made you want to arrange your own or you simply need to stock up with great cured meats, here's where to order from in London and across the UK. 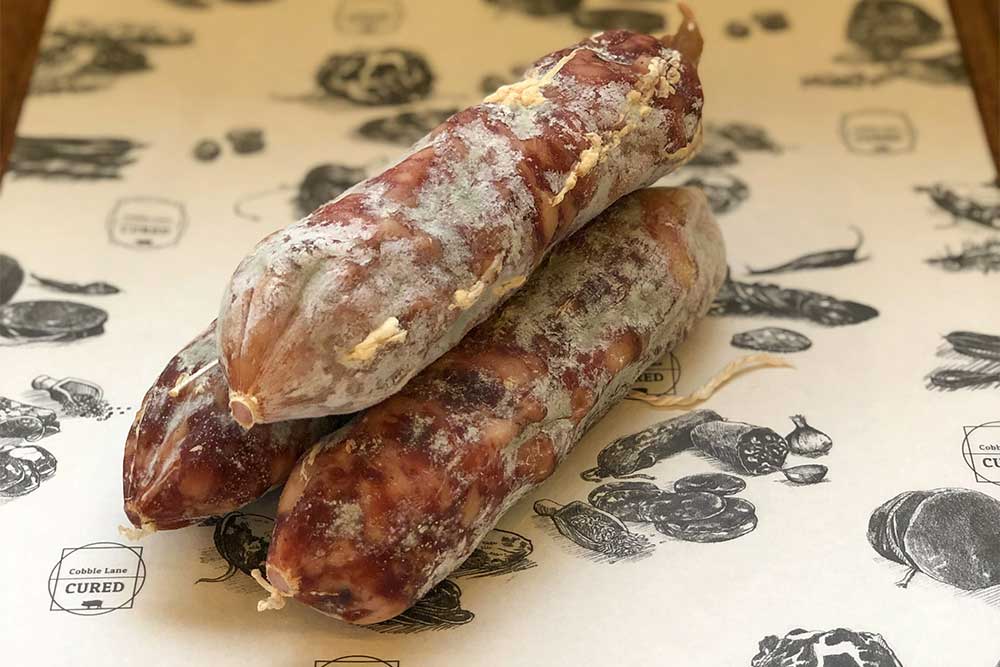 At the vanguard of London’s modern charcuterie movement, Cobble Lane Cured use wonderful British produce - like rare breed pork and beef, Yorkshire mangalitza and British wagyu to make their top-class cured meats. Their Islington saucisson is particularly good, when you can get hold of it. 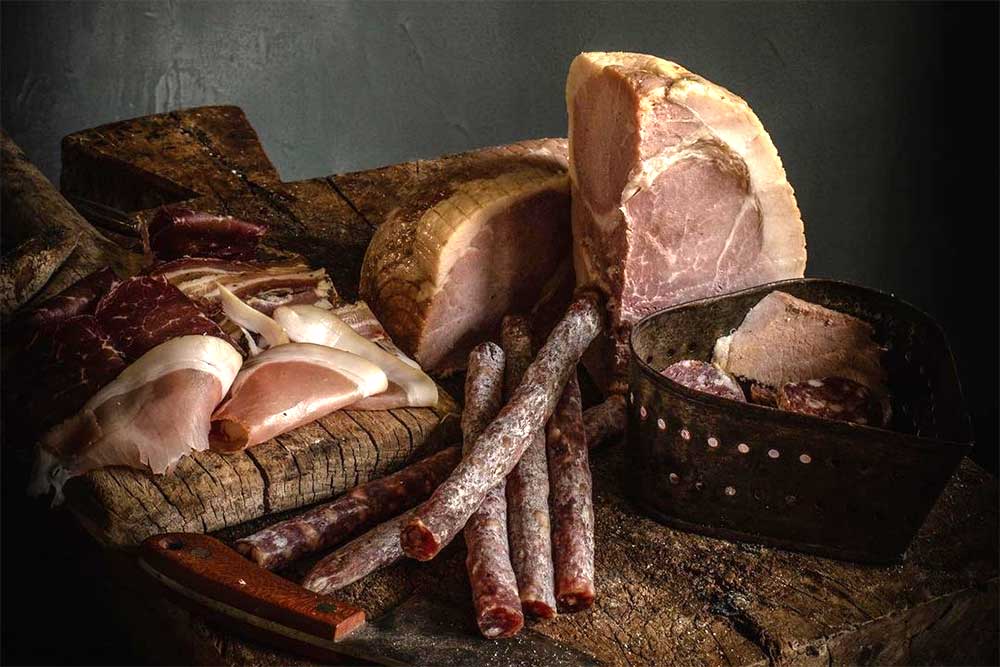 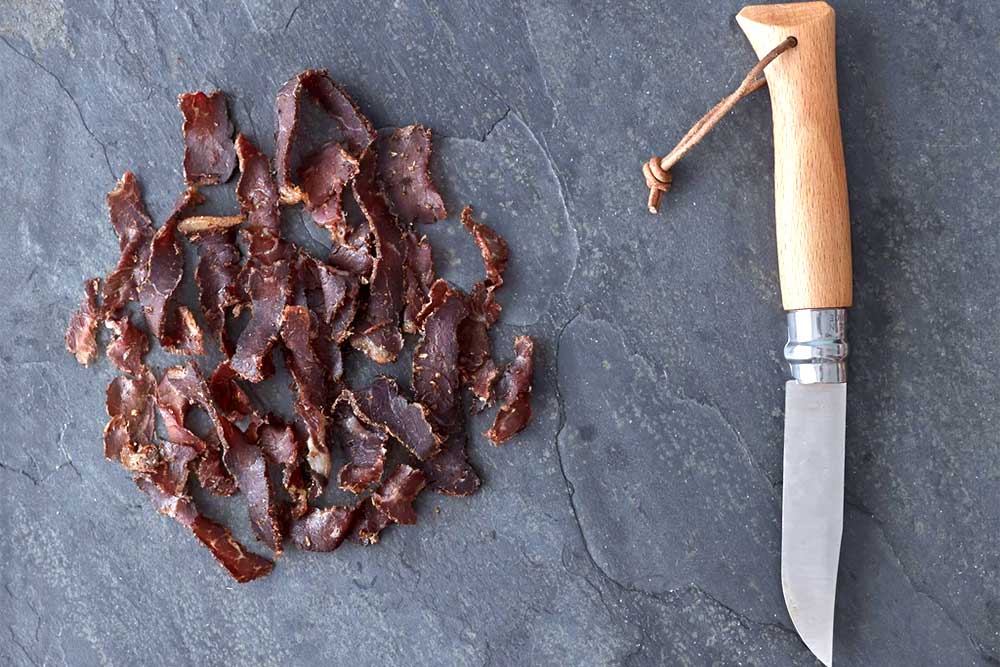 Surrey-based, but with shops in Woking and Twickenham, owner Francois Van Der Zee hails from South Africa and brought traditional biltong and boerewors recipes with him when he moved to the UK. He’s been making biltong, drywors, and boerewors for the past decade, using locally sourced meats. 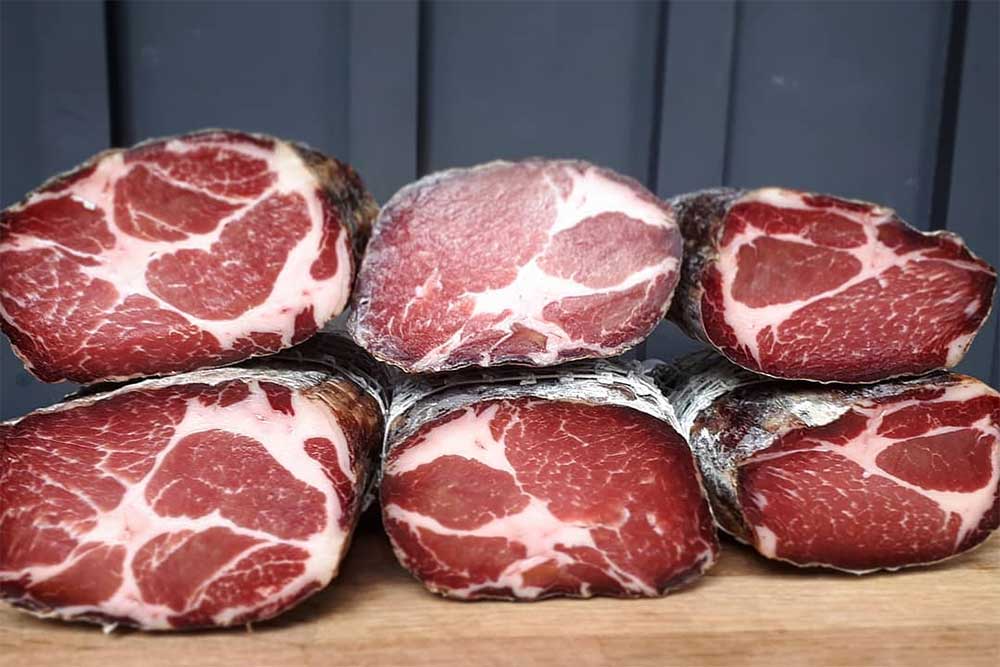 Tucked inside an old stable off Streatham High Road this artisan smokehouse sells everything from sashimi-grade smoked salmon to home-smoked bacon. On the charcuterie front, their London Standard Coppa is air-dried for up to 5 months for maximum flavour. They have an on-site smoking school which they’re hoping to reopen when restrictions lift. 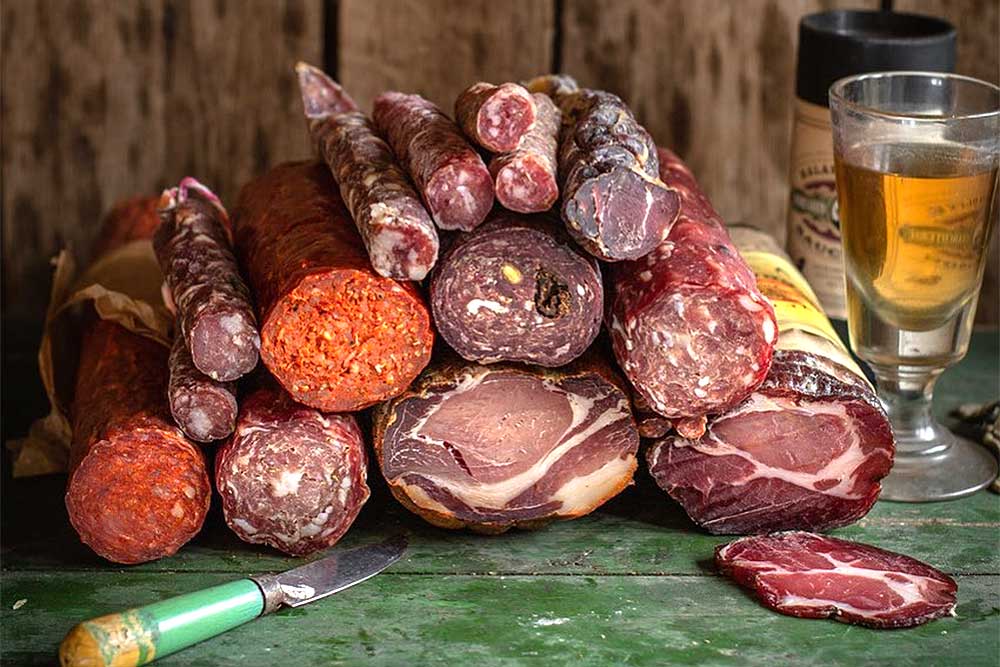 Kentish Weald-based Moon’s Green can be found selling from Brockley Market every Saturday. Run by former adman John Doig and erstwhile beekeeper and herdsman Ian Jones, they specialise in air-dried English saucisson - what they describe as "melt-in-the-mouth local versions of European classics.". Look out for their beer twigs - handy snacks for socially distanced walks in parks. 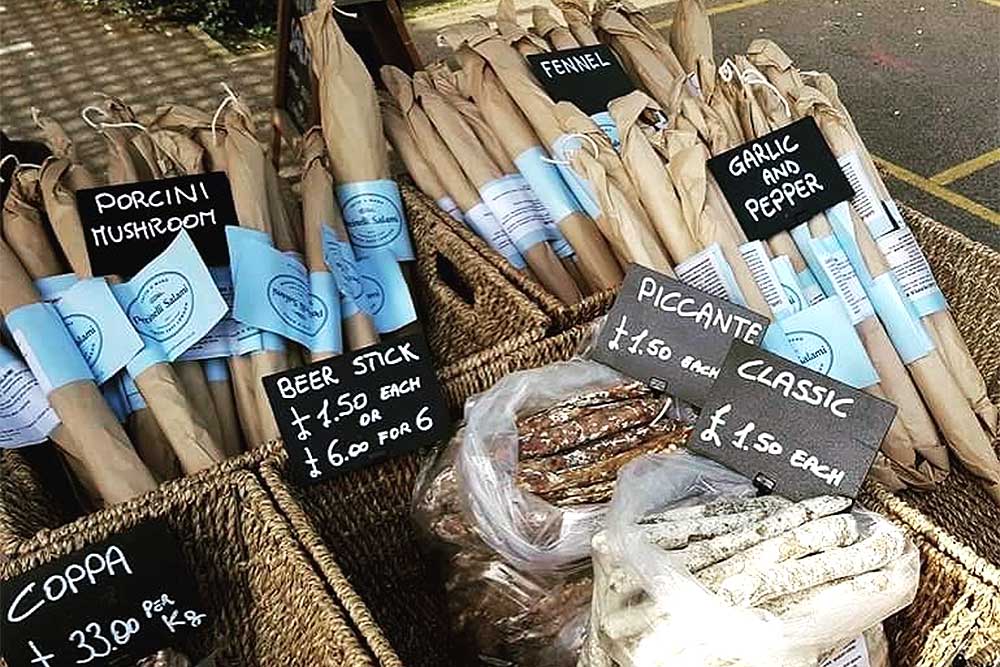 Former chef turned charcutier Giuseppe turned his back on working in Michelin-starred kitchens to make his own Italian recipe salami. All of their meat is free-range and rare breed with the pork coming from Blythburgh pigs reared on the Suffolk coast.  As well as salami they make their own coppa, bresaola, guanciale and 'nduja. 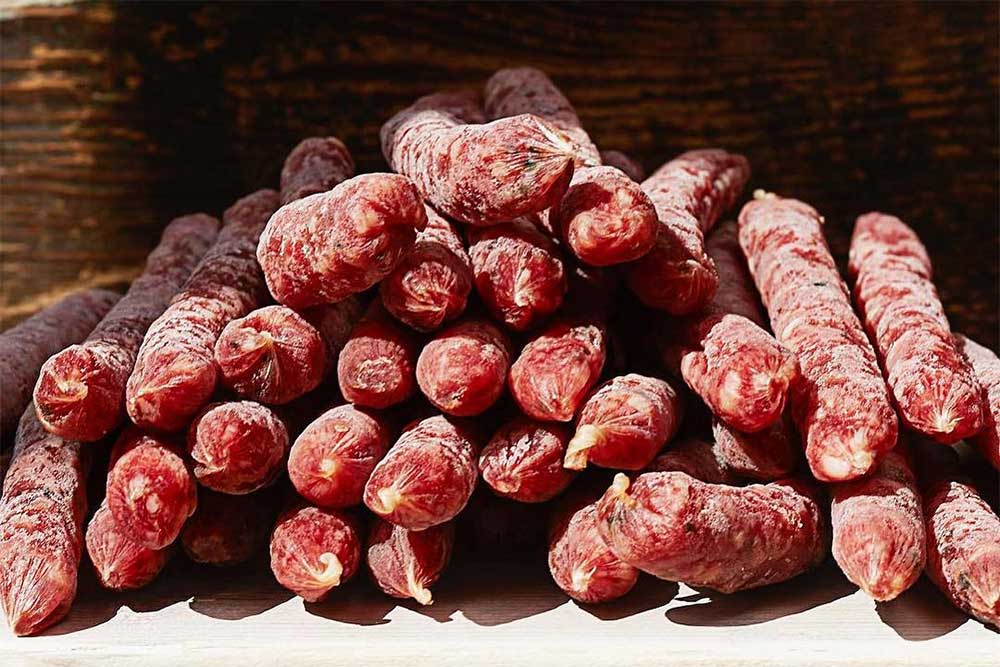 You’ll probably know their products from the supermarket, but Serious Pig was born from a brainwave over beer in a Kentish Town pub garden. Founders George Rice George Rice and Johnny Bradshaw wanted to come up with a posh version of Peperami made from quality British meat. Best known for their snacking salamis they also do a range of snackling (or pork scratchings) too.

Charcuterie from the UK

More great cured meat suppliers outside the capital - and the good news is they all do delivery.

Beals Farm Charcuterie (Sussex) - Beals Farm have their own herd of Mangalitsa pigs from which they make their award-winning air-dried ham, salami and chorizo.

Coombeshead Farm (Cornwall) - While Tom Adam’s Cornish restaurant and farmhouse are closed to visitors you can still enjoy products made from his amazing mangalitsa pigs. The Provisions shop includes a box featuring bratwurst, whipped lardo and more.

Cornish Charcuterie (Cornwall) - Based on the North Cornish coast this award winning artisan producer makes everything from British pâté and rillette to cured meats. There's an enticing sounding pork rillette with sloe gin.

Hay Charcuterie (Hay on Wye) Chef Rod decided to further his 25 year career in the kitchen by training in Italy as a Charcutier. His Herefordshire cider chorizo sounds like a must-buy.

North by Sud West (Liverpool) -  Chef Andrew Rogers trained up in South-West France with Master Charcutier, Philippe Camdeborde. Here he works alongside Wirral butchers Edge & Son. Look out for his 18 month cured culatello and - when it’s back in stock - his boxes of  ‘pigars’ make excellent presents.

North Charcuterie (Kent) - This Kent-based charcutier produces a range of British and Spanish cured meats including fuet and sobrasada.

Suffolk Salami (Suffolk) - This family run business in the heart of Suffolk  rear their own RSPCA approved pork to use in their products.

Trealy Farm Charcuterie (Monmouthshire) - One of the names you’ll probably recognise from restaurant charcuterie boards, this Monmouthshire producer was a true pioneer in the British charcuterie market. Their air dried ham and Pressed Beef Brisket Pastrami are particularly good.