Britain's summer festival scene now feels like it's as much about the food as the music. If you want to know where you should be setting up your tent this summer, here's our guide to the best music festivals for foodies. 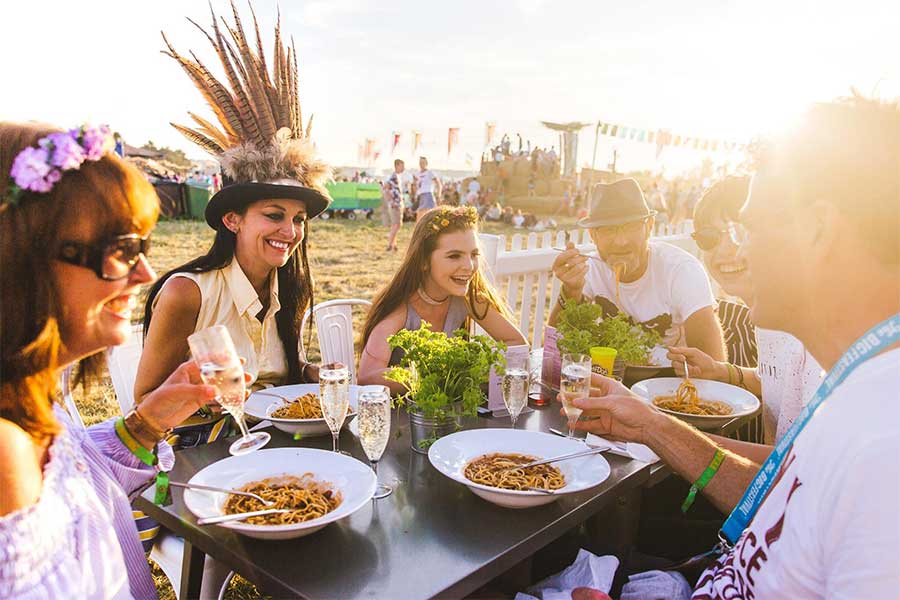 What's there to entice foodies? You'd expect a festival run by Blur guitarist turned cheesemonger Alex James to go big on food and this year's line-up doesn't disappoint. There's pop-up restaurants from Le Swine, Claw and Le Bab, among others, a collaboration kitchen run by Action Against Hunger, and the street food line-up includes Burger & Beyond, Farang, Sub Cult and Rainbo. Oh and a Veuve Clicquot VIP Lounge, Alex James cheese hub and much more.

Find out more about The Big Feastival 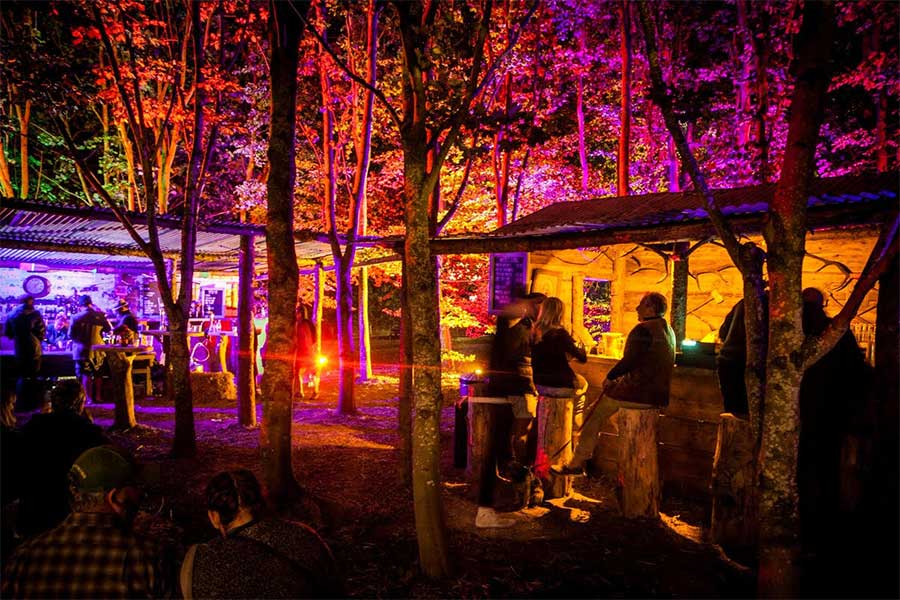 What's there to entice foodies? this boutique festival's food offering is Campfire Cooking with chefs, restaurateurs and food writers taking part including Honey & Co, Olia Hercules, Signe Johansen and The Ethicurean. There'll also be a series of feasts and food workshops - tbc.

Find out more about The Good Life Experience 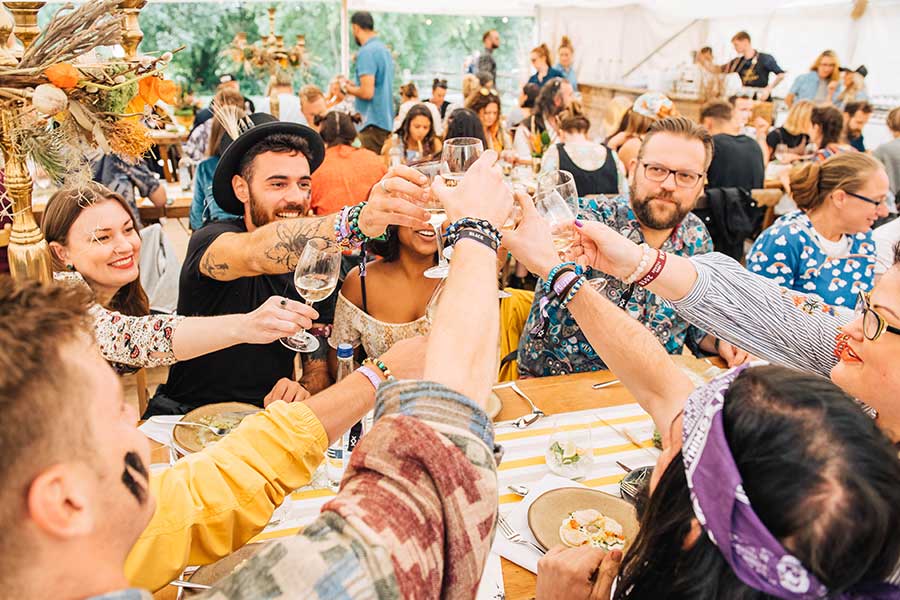 Where: Woodland in Lincolnshire

What's there to entice foodies? Well how about Dishoom’s only festival outpost along with The Permit Room Bar feauturing a line-up of South Asian artists? They'll also be serving up banquets by Merlin Labron-Johnson and Jackson Boxer, Neil Rankin's Temper and a Hawksmoor Sunday Roast, plus food from Burger & Beyond, Happy Endings, Piadina Project and more.

Pub in the Park 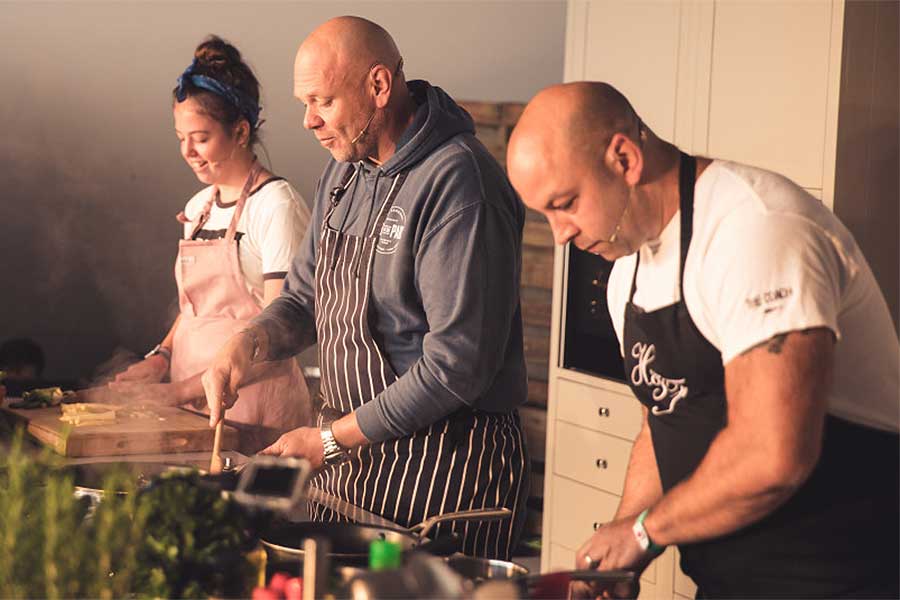 Find out more about Pub in the Park 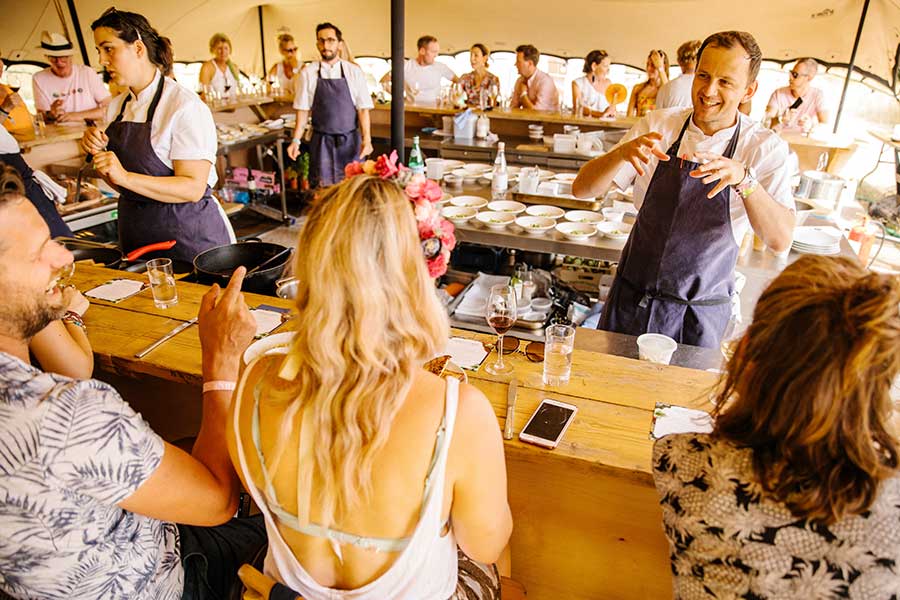 What's there to entice foodies? Hands-down one of the biggest food offerings of all the festivals. Expect to find restaurants like 12:51 and hicce at The Dining Room, Field Restaurants from Petersham Nurseries and Patty & Bun, Chef's Table stars like Sabor's Nieves Barragán, The French House's Neil Borthwick & Cornerstone's Tom Brown serving 6-course tasting menus overlooking the lake not to mention street food from Other Side Fried, Mama’s Jerk, and ‘Imad’s Syrian Kitchen’ among others.

And over for this year... 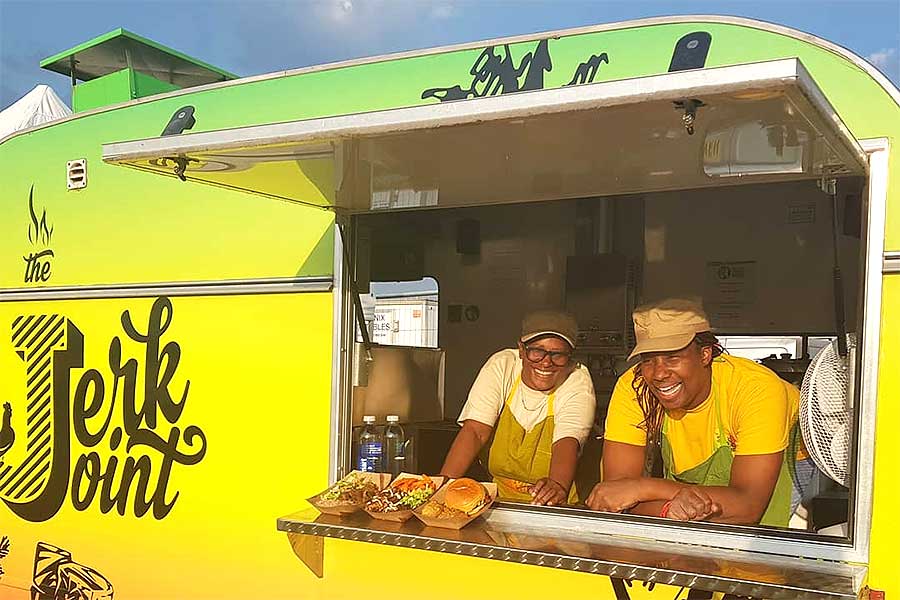 What's there to entice foodies? Where to start? The Street Food Arcade will feature trucks by Zoe's Ghana Kitchen, The Middle Feast, Anna Mae’s, The Duck Shed, Jerk Joint and Say Cheese among others. There's going to be a BULLDOG London Dry Gin brunch, beer from Camden Town Brewery as well as the Beavertown & Friends Craft Beer House

Find out more about Field Day 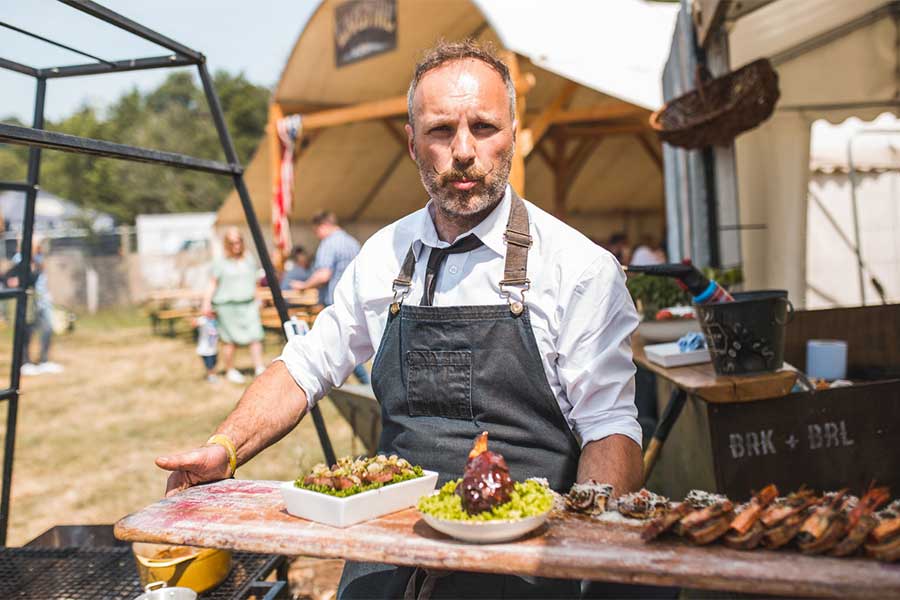 Ticket price: Day ticket from £45 and weekend ticket with camping £155

What's there to entice foodies? This Americana and Country festival is ALL about the BBQ. Their Live Fire Arena is run by the founders of Grillstock featuring top chefs, pitmasters, butchers and woodsmen. This year's line-up includes Ray ‘Dr BBQ’ Lampe, Neil Rankin, beer expert Melissa Cole and SMOKESTAK founder David Carter. 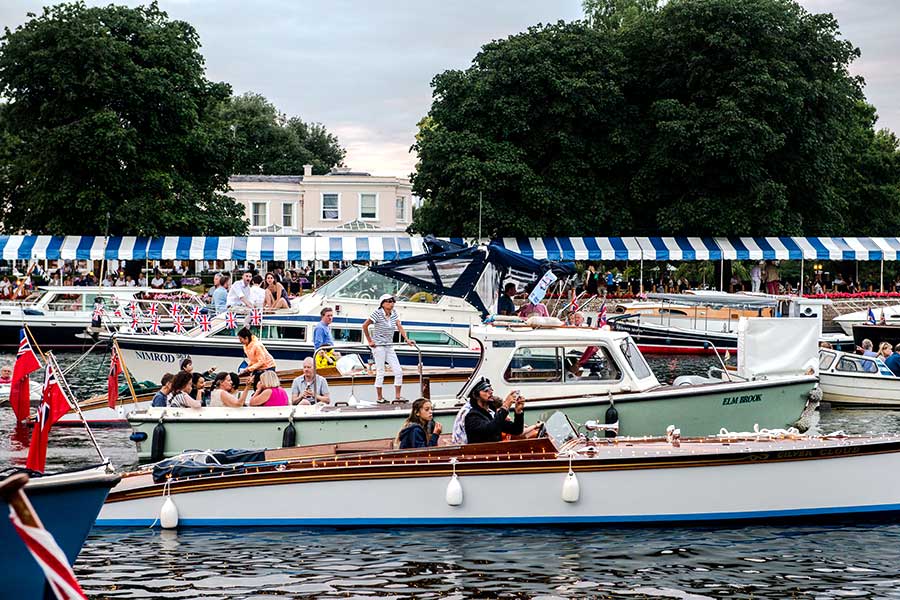 Find out more about Henley Festival 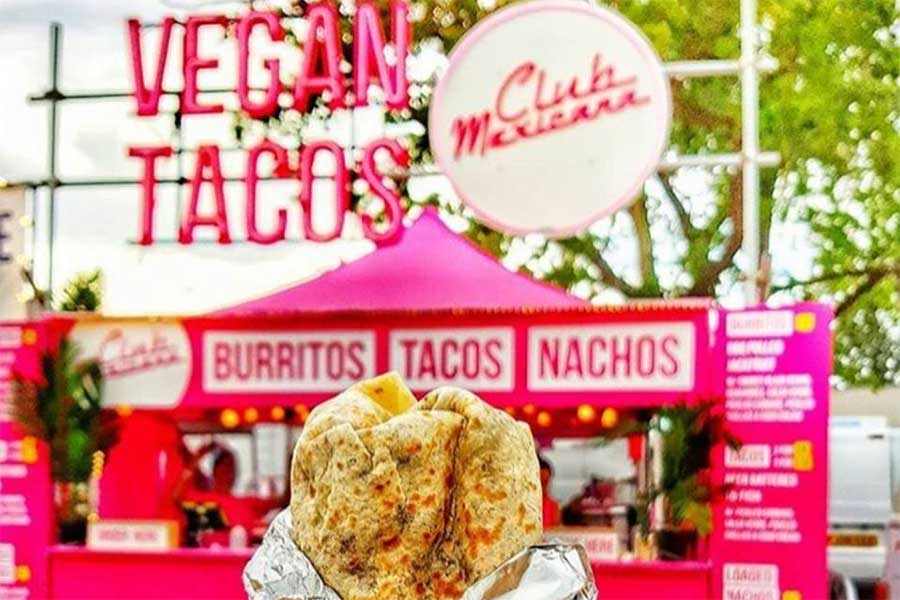 Who's playing? Kelis, Jazzie B and Omar

What's there to entice foodies? This one day festival features a top food lineup in the form of the Kerb All Stars Food Village - so expect to find Bleecker Burger, vegan stars Club Mexicana, BBQ Dreams, Yum Bun and more serving up to the masses.

Find out more about Jam on Rye

How The Light Gets In Hay 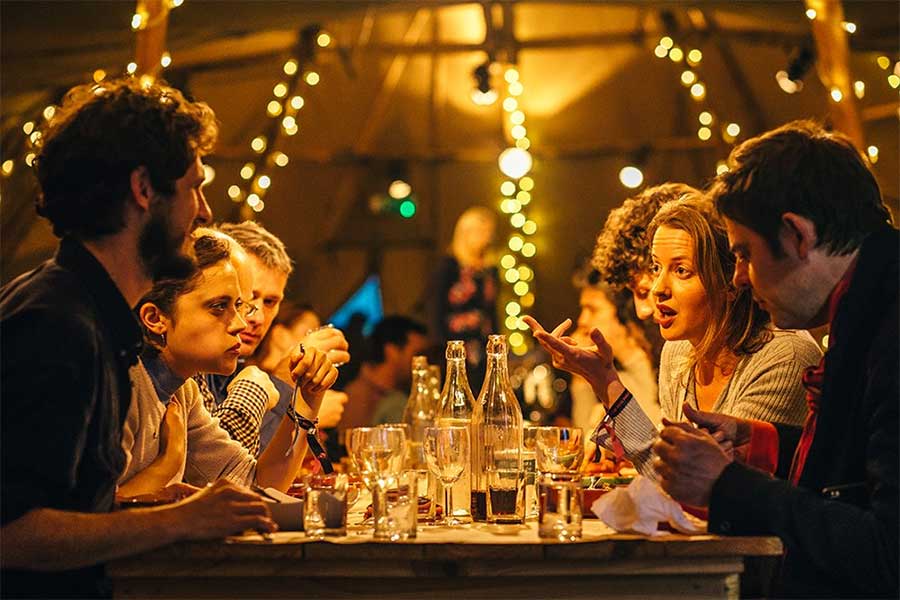 What's there to entice foodies? Get up close and personal with key thinkers - book a philosophy breakfast Yasmin Alibhai-Brown or discuss astrophysics with Professor Catherine Heymans over tea and cake.  There are also long table banquets, a Perrier Jouet champagne bar and street food by Lost in Spice and Churros Hermanos among others.

Find out more about How The Light Gets In Hay 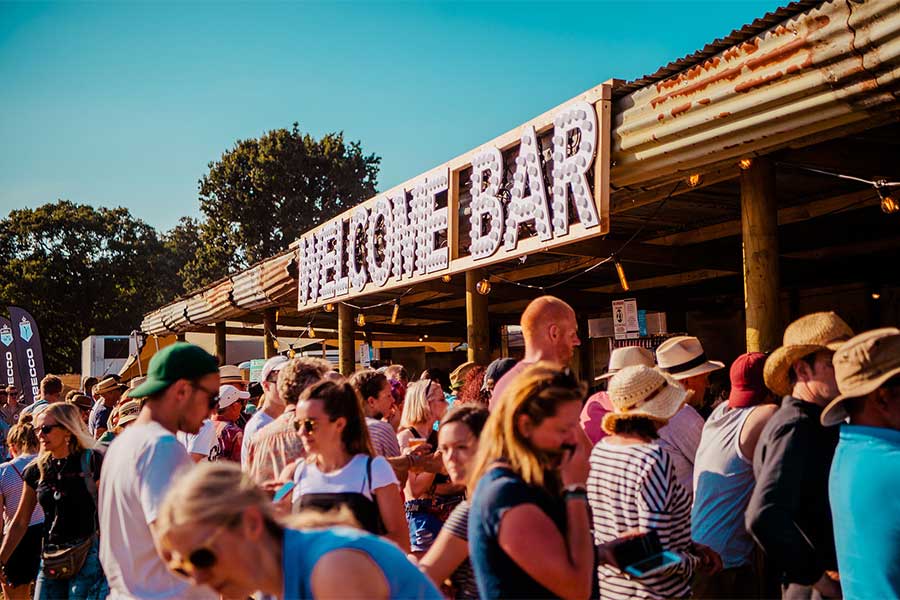 What's there to entice foodies? Latitude is upping its game with a new Theatre of Food, there'll be demos from the likes of Sally Butcher of Peckham’s Persepolis and Guardian food columnist, Felicity Cloake. If you love your BBQ you'll find Europe’s biggest Grill Festival in the Grill Pit area plus there's also Street Feast at Latitude featuring everyone from Happy Maki vegan sushi to Paellaria and The Piadina Project.

Find out more about Latitude 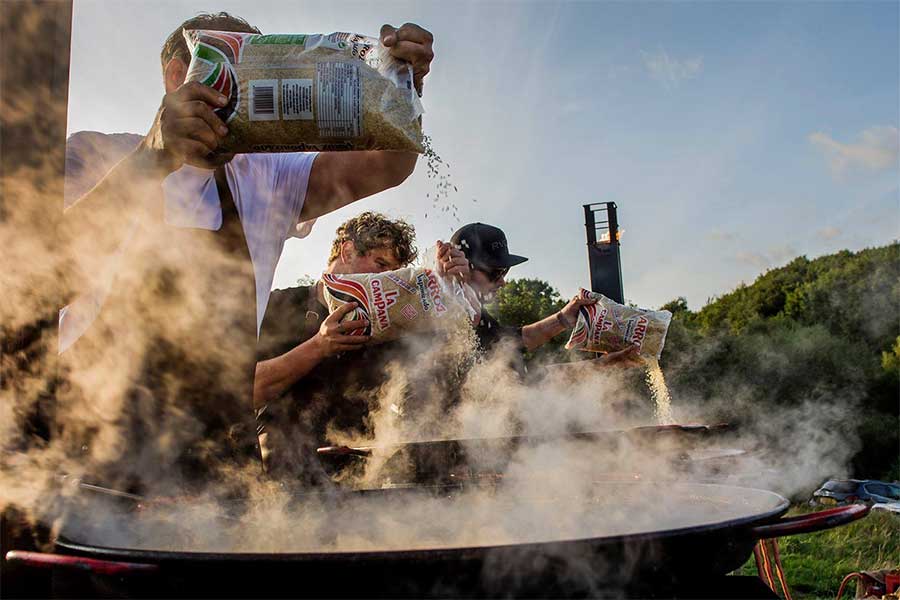 What's there to entice foodies? This new Cornish festival features feasts from the Hidden Hut, Anna Jones and Tomas Parry; pop up restaurants from Prawn on the Lawn (with Nud Dudhia), Smokestak + Smoking Goat and Woodfired Canteen, plus there'll be wild cookery with Thom Hunt and a Natural Wine Bar.

Find out more about Porthilly Spirit 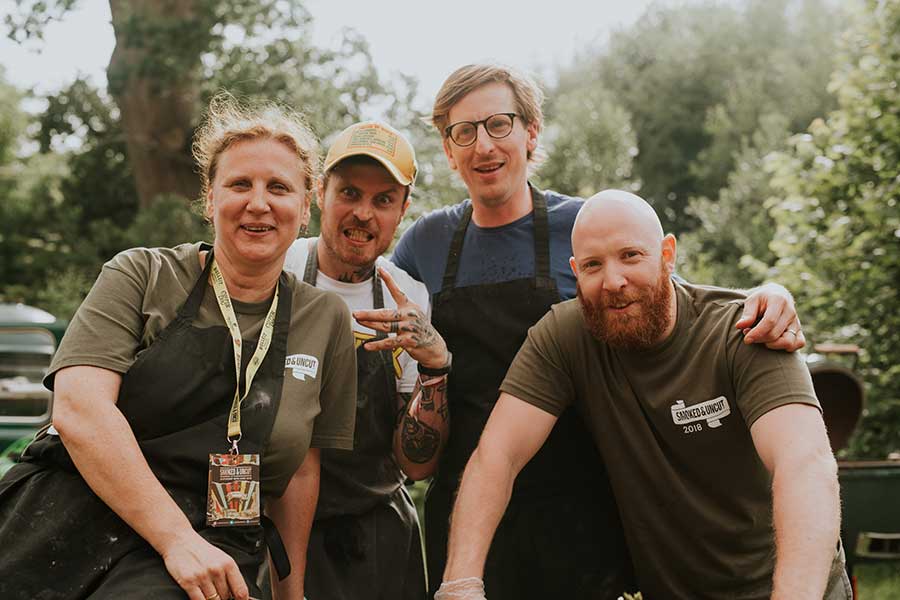 Where: Bath and New Forest

Who's playing? Depending on the venue - Kaiser Chiefs, The Vaccines, Sister Sledge

Smoked and Uncut takes place at three hotels along the south coast all owned by hotelier Robin Hutson. Pop up feasts are catered for by Angela Hartnett and Mark Hix. And you can also expect the street food to be of top quality too. If you've worked up a thirst, look out for the Chase Horse Box Bar too.

Find out more about Smoked and Uncut

Mighty Hoopla and Cross The Tracks 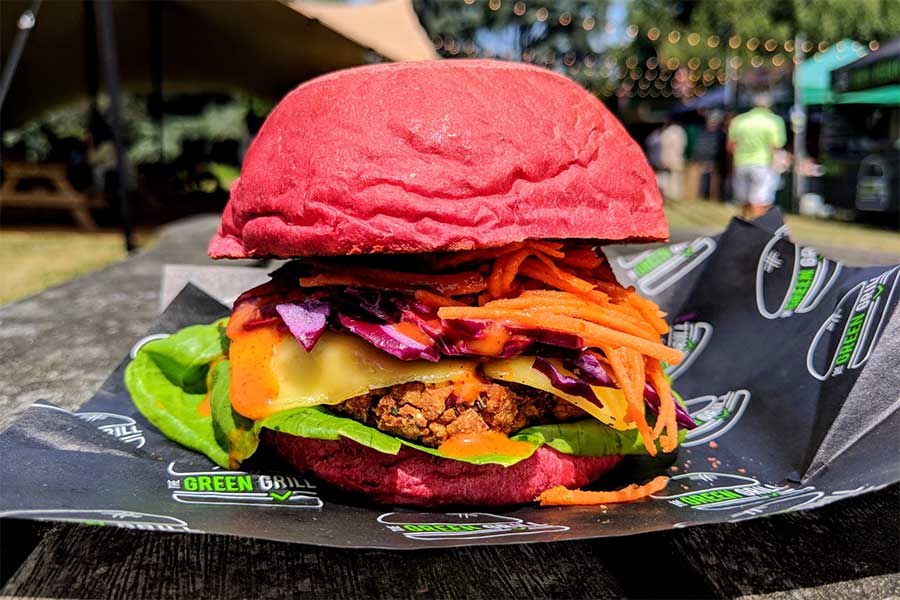 Who's playing? Chaka Khan, All Saints, Bananarama, Martha Reeves and the Vandellas

There's a cracking street food line-up of more than 40 stalls at Brockwell Park's two days of two festivals - including plenty for the vegan muso from Greedy Khao, The Green Grill and Popdogs. Kopo are putting on Polish/Korean buns and subs and there's also frozen cocktails courtesy of Poptails.

Find out more about Mighty Hoopla and also Cross The Tracks 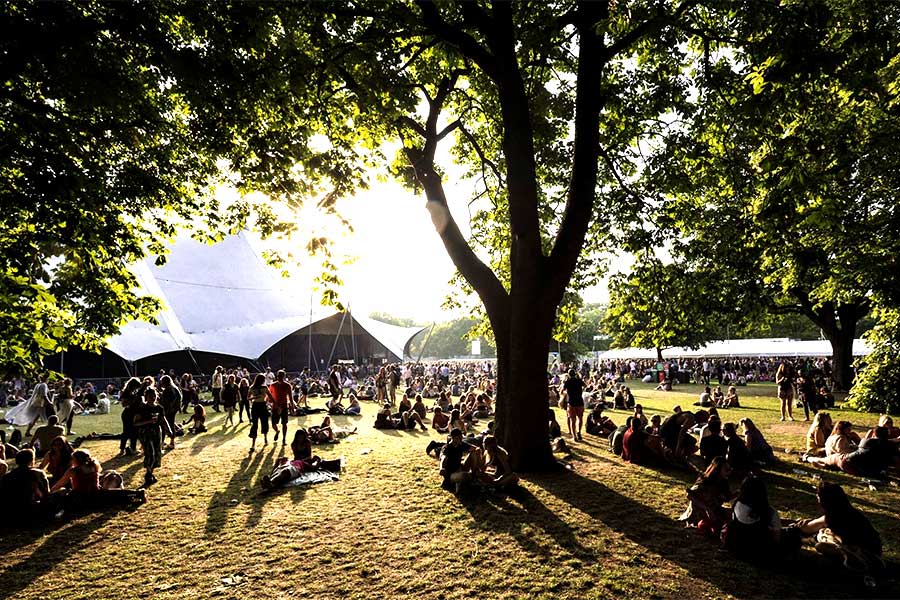 Who's playing? The Strokes, The Chemical Brothers, Christine and the Queens

What's there to entice foodies? As you'd expect from a London festival, the street food offering is strong with Island Poke, Patty & Bun, Biffs Jack Shack, Bad Brownie, E8 Fish, Wingmans and Other Side Fried among the line-up.

More about All Points East 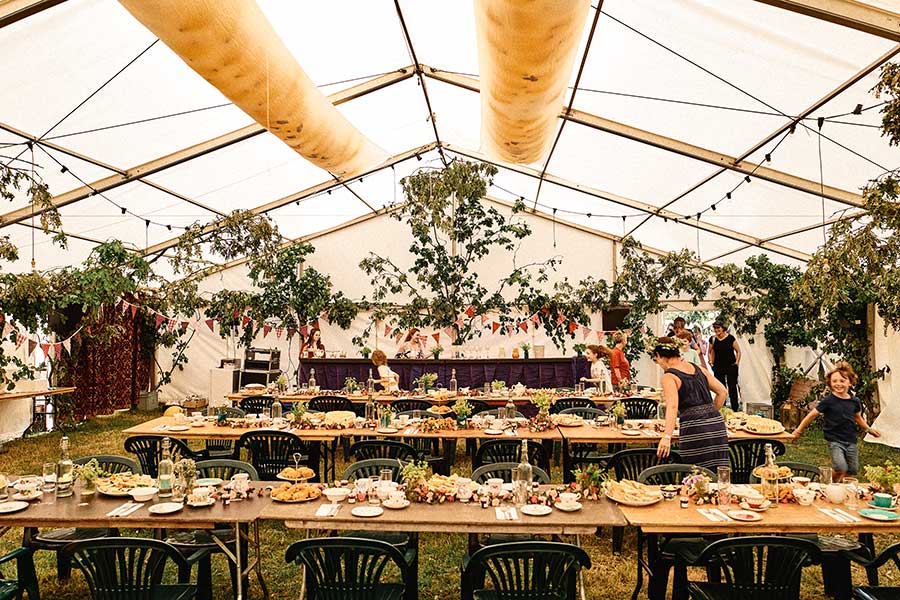 Who's playing? Afrikan Boy, DJ Grace Sands plus talks from some of the leading thinkers in science, arts and psychology.

What's there to entice foodies? Look out for dining takeovers from Cabrito founder James Whetlor, cooking from his new book, GOAT; Damian Clisby, Head Chef at Petersham Nurseries, will be demonstrating the art of pit cooking and there's a Gospel Brunch with the London International Gospel Choir. Plus all weekend there'll be food from Northern Spanish restaurant Getaria and whiskey tasting masterclasses led by whiskey expert Rachel McCormack.

Find out more about Also Festival