10 great books to read about restaurants

Suddenly got more time on your hands? During a period when you can’t go out to eat at restaurants, at least you can read about them. Here’s our reading list of books to devour about chefs, critics and restaurant life in general. 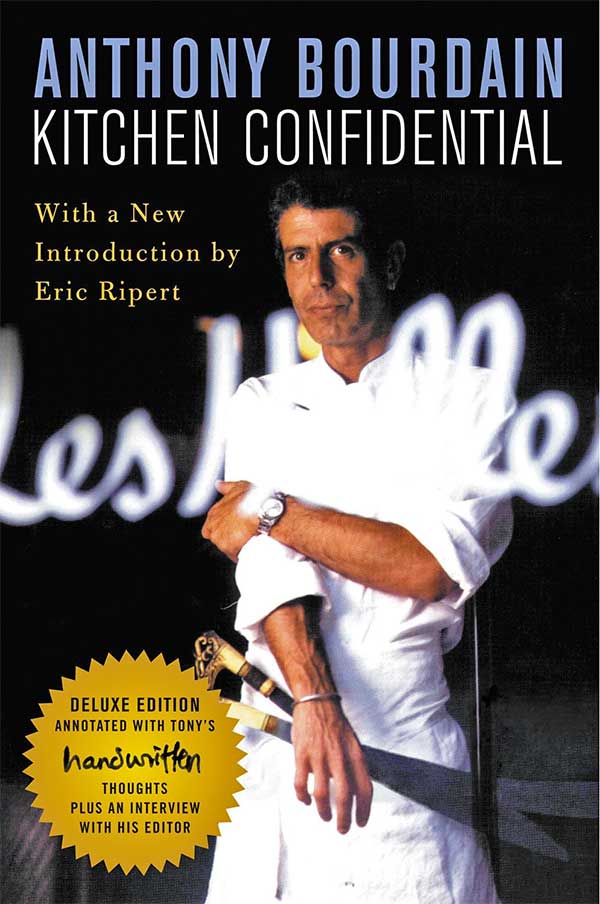 This is the book that propelled Anthony Bourdain to fame - and set his path from New York restaurateur and chef to worldwide TV phenomenon. Based on an essay he’d written for The New Yorker, the book’s subtitle was Adventures in the Culinary Underbelly - and Bourdain covered it all from restaurant sharp practices to drug-fuelled stints in the kitchen. Best summed up in the line: “Your body is not a temple, it's an amusement park. Enjoy the ride.” 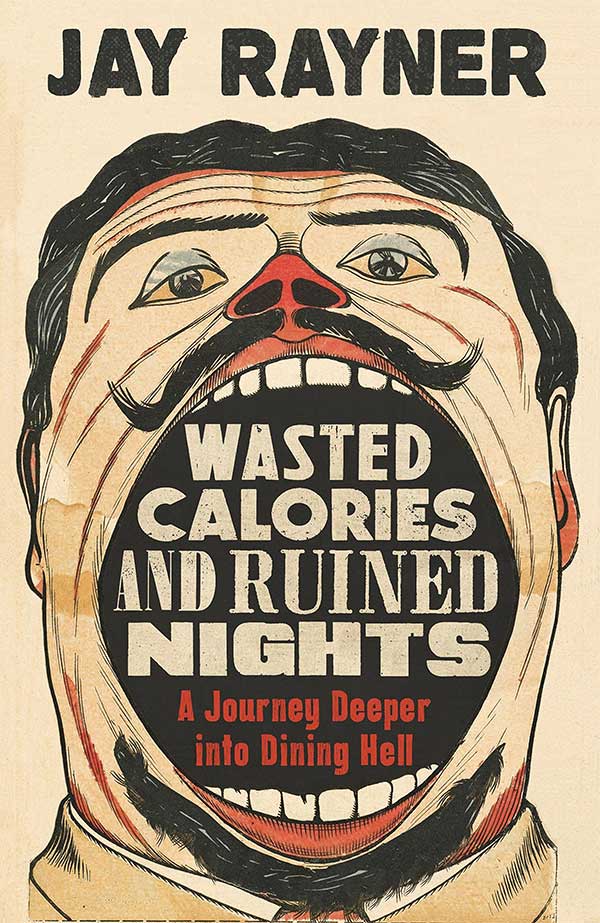 Much as we’d like to be better people and say we enjoy the positive reviews of restaurant critics as much as the bad ones, we’d be lying. The Observer restaurant critic Rayner has gathered together twenty of his worst reviews in this compilation of eating out - and yes, this one has the memorable evisceration of Le Cinq at the Four Seasons Hôtel George V in Paris. There he says that “In terms of value for money and expectation Le Cinq supplied by far the worst restaurant experience I have endured in my 18 years in this job.” 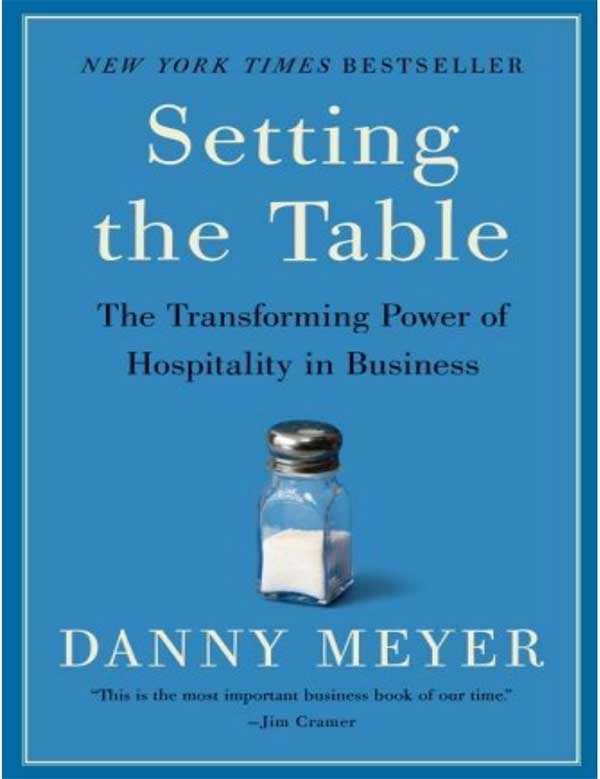 Danny Meyer is a legend in the hospitality industry - starting out with Union Square Cafe and - one of our personal NYC favourites, The Gramercy Tavern, and throwing in Shake Shack for good measure along the way. What Meyer doesn’t know about the restaurant business could go on the head of a pin. Whether you’re in the industry yourself, are a restaurant nerd or just enjoy learning about being the best in any business, this is worth picking up. 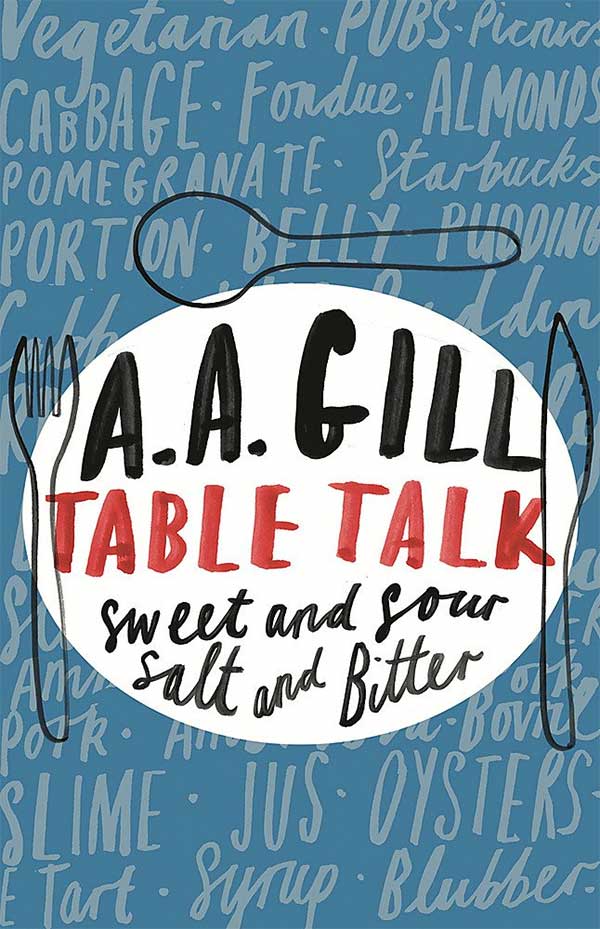 “Opening a paper without an article by him is like going to your store cupboard and finding that there's no chilli or salt: everything is blander without him.” So said AA Gill’s ex Cressida Connolly. There are various compilations of the late Adrian Gill’s beautiful writing, but if you’re after his acerbic but always superbly expressed views on food, this is the one to get. As Gill explains in the foreword: "This collection is a forensic filleting of those [Table Talk in the Sunday Times] columns... I've taken out nearly all the names of restaurants and just left all the good, fatty, stick, knobbly tasty stuff." 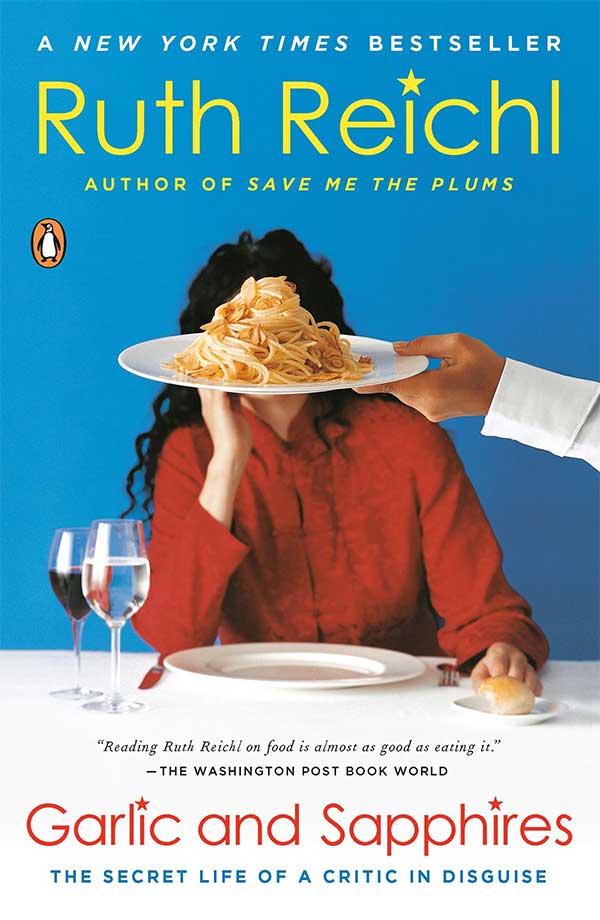 As we now have only one UK restaurant critic with any degree of anonymity, the lengths that former New York Times critic Ruth Reichl went to ensure she wasn’t spotted when dining out sound pretty absurd. But they do make for a cracking read about what must be one of the world’s most sought-after jobs in one of the best cities in the world to eat out in. 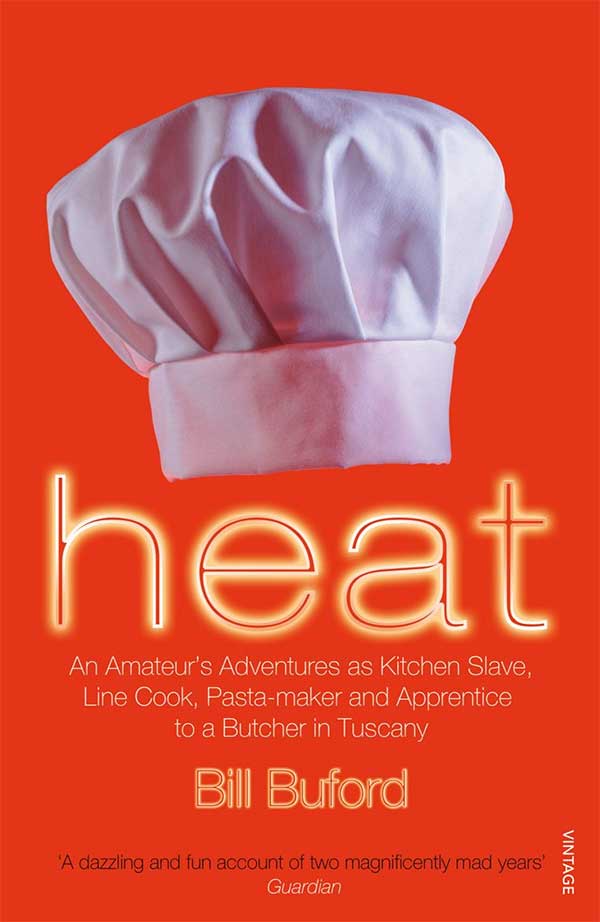 The title’s short, but the subtitle gives more away: “An Amateur's Adventures as Kitchen Slave, Line Cook, Pasta-Maker, and Apprentice to a Dante-Quoting Butcher in Tuscany”. Writer Buford was a former fiction editor of The New Yorker and really into his food. Inspired by larger than life (and now disgraced post-Me-Too) chef Mario Batali he throws himself a chef’s life, learning the trade at Batali’s restaurant Babbo and following the food trail over to Italy where he apprentices himself to Tuscan butcher Dario Cecchini. If you’ve ever felt like ditching your job and going into the restaurant business, this is the book for you. 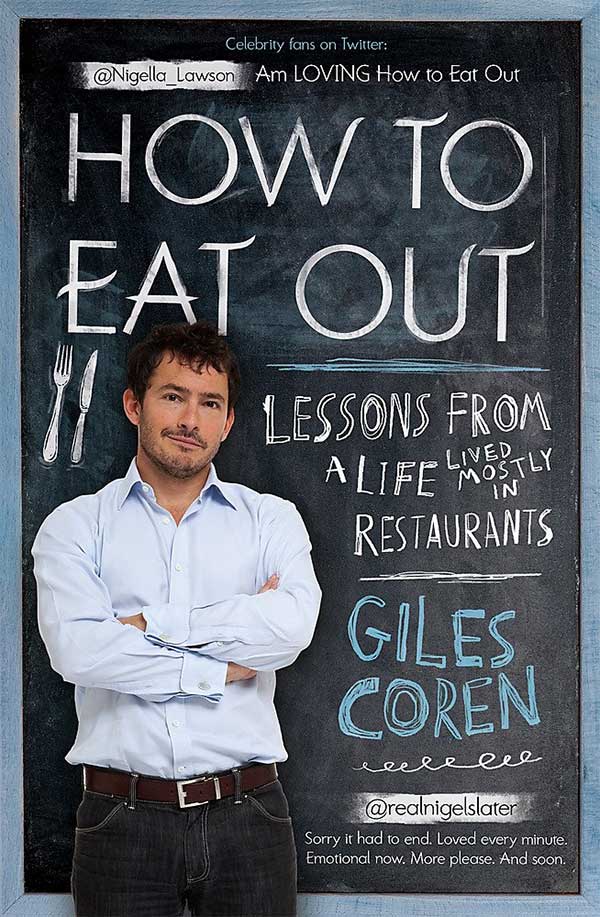 How to Eat Out

Dedicated to the kitchen washer-uppers because “the greatest thing of all about eating out is that someone else does the dishes”, Times critic Giles Coren brings us on a journey explaining his, sometimes thorny relationship with restaurants, from the emotional family memories of meals past, and how to deal with photo-blogging (ah those were the days) through to complaining and tipping.

Buy How to Eat Out 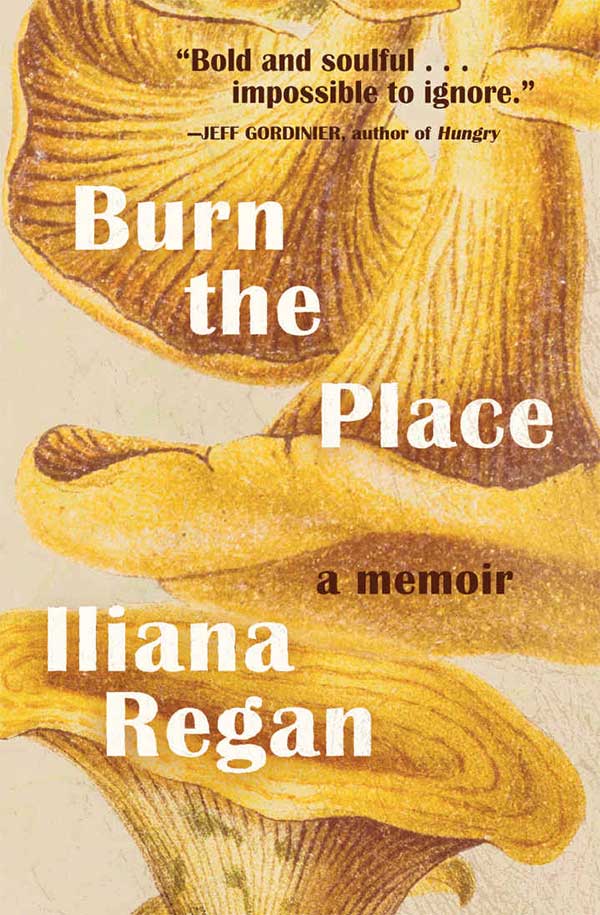 Iliana Regan might not be well known here in the UK, but in the US her searing memoir, published last year, was the first food book to be longlisted for a National Book Award since Julia Child, 40 years previously. It tracks her childhood in Indiana through to drink addiction and chaos working in the kitchen at Alinea before crashing out to a) run a farmers market stall and b) open the Michelin-starred Elizabeth restaurant in Chicago. The New Yorker described it as “a “chef memoir” only in the sense that the author turned out to be a chef. More rightly, it belongs on a shelf with the great memoirs of addiction, of gender ambivalence and queer coming-of-age.” Either way - it’s the book about chefs and restaurants for our time. 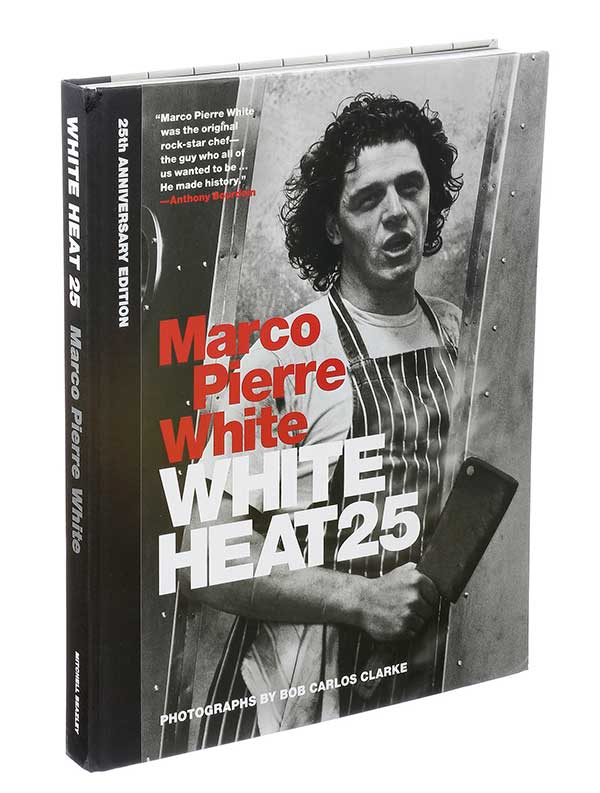 Is it a recipe book? Or a photography one? Or a biography? For a book about a chef, Marco Pierre White’s was a game-changing combo of all three. Thirty years since it was first published and a further five since this hagiographic anniversary edition, there’s a lot to dislike about the casual sexism and violence of Marco Pierre White’s kitchen universe. But from a restaurant anthropological point of view, the book’s unputdownable. And Bob Carlos Clarke’s pictures of the young, sneering Pierre White are still troublingly hot. 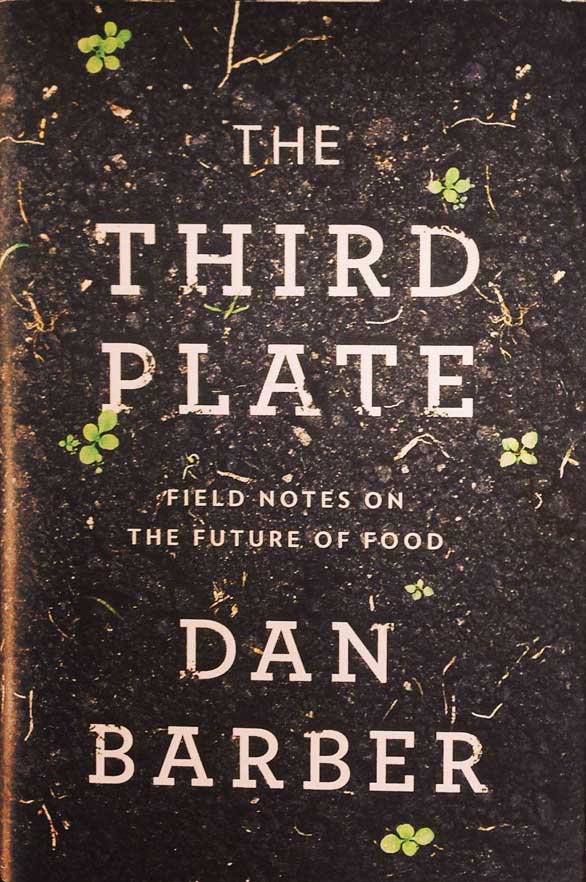 Chef Dan Barber’s Blue Hill at Stone Barns, in the countryside outside New York, has been a place of pilgrimage for foodies for years. People come to marvel at the 30-course tasting menus, but also his refinement of the farm to fork journey. In this book, Dan outlines his ethos - his restaurant stands at the intersection of farming and good food. If you’re interested in great food and how it’s produced with as little waste as possible and with minimal impact on the land, then this is the bible for you.

Has all this talk about restaurant books got you in the mood for more? Check out our guide to the best cookbooks by London restaurants.