Where to find the best salads in London

For those summery days when it's just too darned hot to even consider eating something warm, here's which cafes and restaurants are serving up the best salads in London right now. 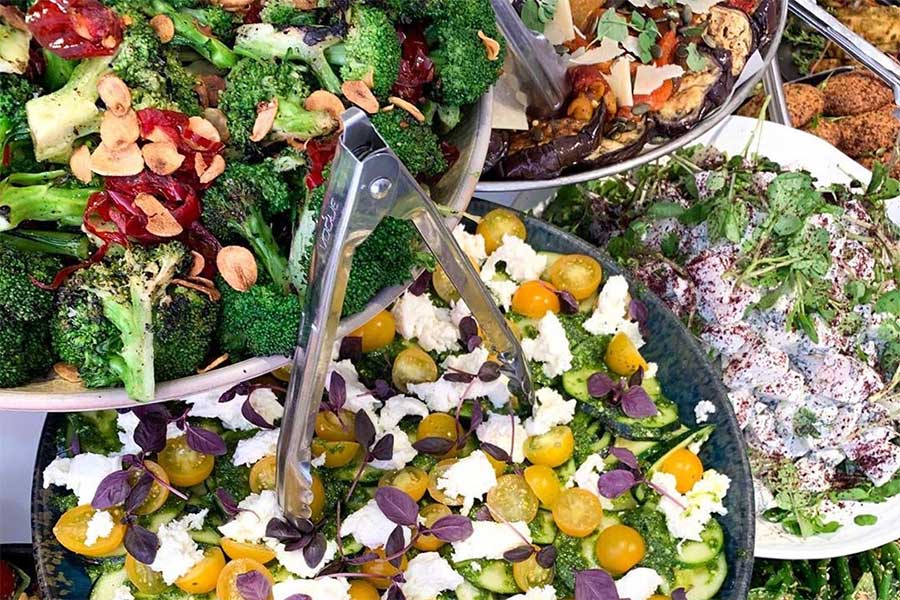 It's impossible to overstate the influnce of Yotam Ottolenghi on London's salad scene. When he opened his first restauant in Islington, Londoners were blown away by the extravagant, modern Middle Eastern cakes and salads on display. The menus change regularly but today salads might include Rosemary new potatoes with grilled rainbow chard and ricotta or Cauliflower tabbouleh with grilled asparagus, mixed herbs, almond and pomegranate seeds.

Italian chef Davide and former restaurant manager Kristina from Sweden have built up a formidable fan base for their super salads, starting out with a stall at Berwick Street Market where the queues were epic. They've also aimed at providing salads that are "more than just the usual basic leaf and vegetable concoction". Pump up your salad with protein like grilled halloumi or grilled Angus steak before plumping for offerings like Red & white cabbage with kale, orange zest, sultanas and poppy seeds or a rather fine panzanella. 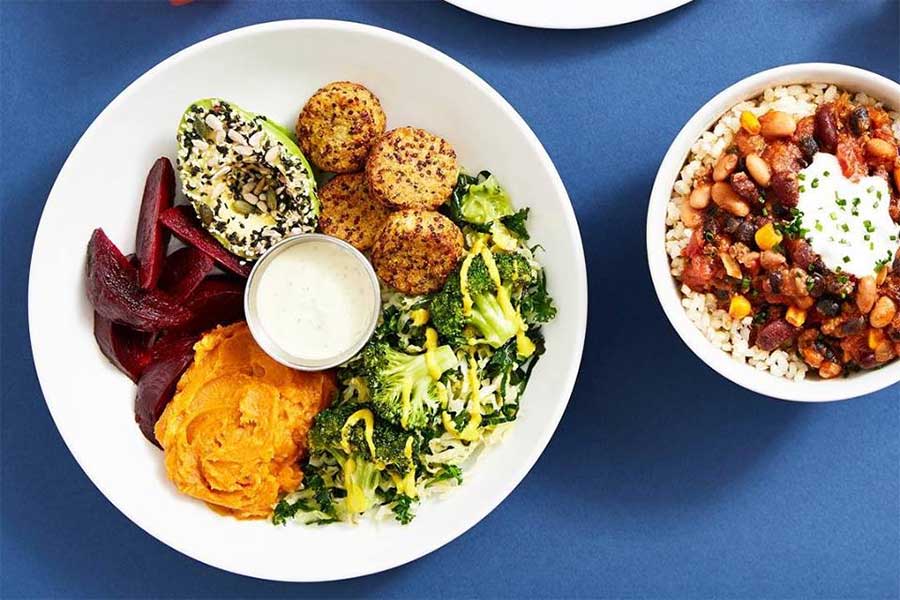 Iranian-American co-founders Yasmine Larizadeh and Shirin Kouros now have six spots around London. Their original on Sloane Avenue came about after researching the LA food scene and wanting to bring something "new, fresh and healthy" to London and they've just opened at Soul Cycle in Soho. The Goodness Bowl is one of their most popular featuring Quinoa Falafel, avocado, kimchi hummus and seeded crackers with turmeric cauliflower, shredded greens, roasted broccoli and lemon tahini dressing.

More about The Good Life Eatery 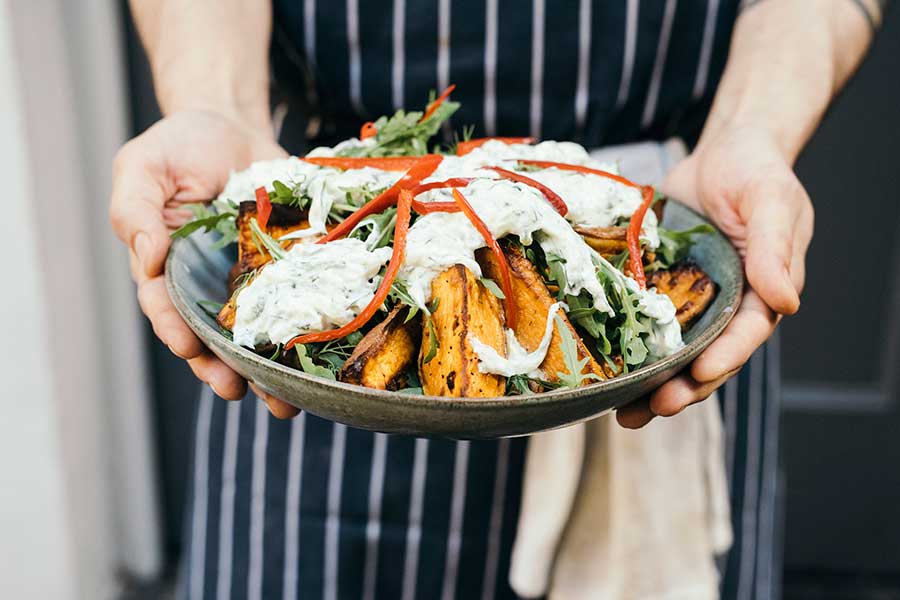 Tucked away in Neal's Yard this daytime spot by the team behind nearby The Barbary and The Palomar may be best known for its coconut cream pies, but the daily changing salads are just as gorgeous (if a teeny bit less instagrammable). A recent Eat Your Greens salad featured peas, runner beans, fava beans, broccoli, baby courgettes, mint and dill and they've just added a vegan rainbow salad to the mix.

More about Jacob the Angel 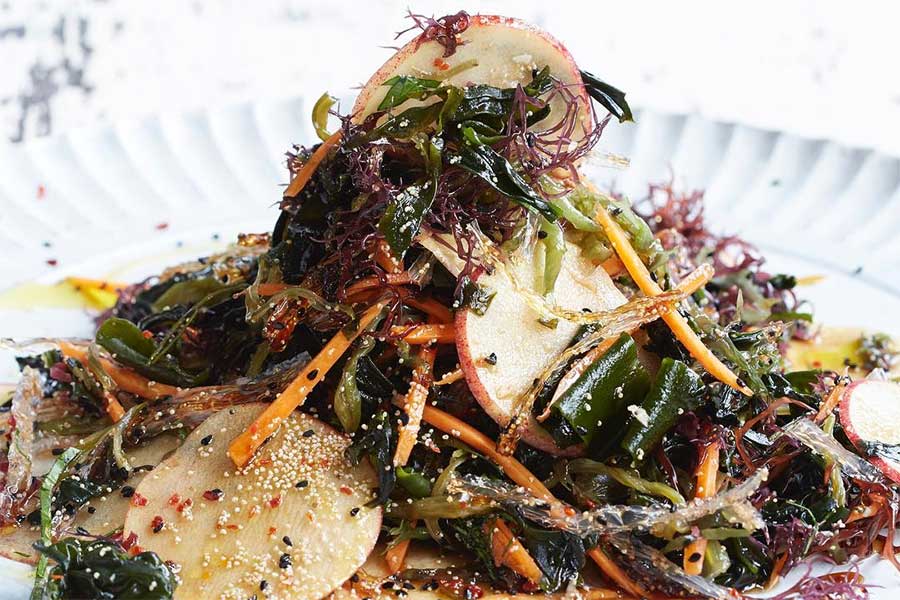 Moving from running the food at the Dorchester to opening a cafe in Muswell Hill may not be everyone's idea of career progression but chef Chris Honor and head chef Marcin turn out exquisite salads for lucky locals at this neighbourhood cafe. Salads change every day with examples being Caramelised carrots, tahini, and sun blushed currants or maybe sweet baby beetroot with tarragon, pomegranate, orange and feta. 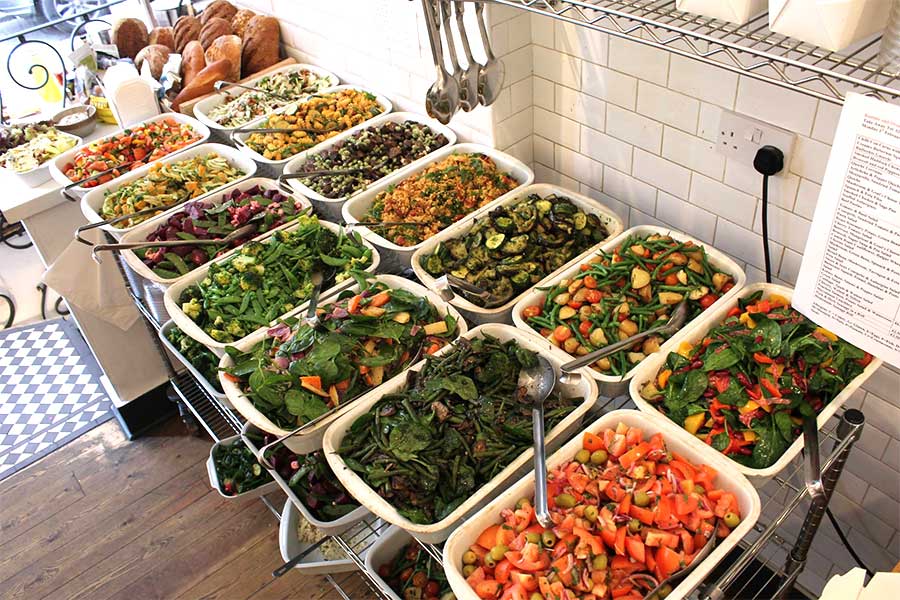 You'd really have to know that this cafe was down here on Floral Street, just under that amazing Royal Ballet School bridge. But once you have found it, you'll be delighted by the discovery of this longstanding daytime spot. It's a weekday only place and there's always a queue out of the door, but it's pretty quick moving. 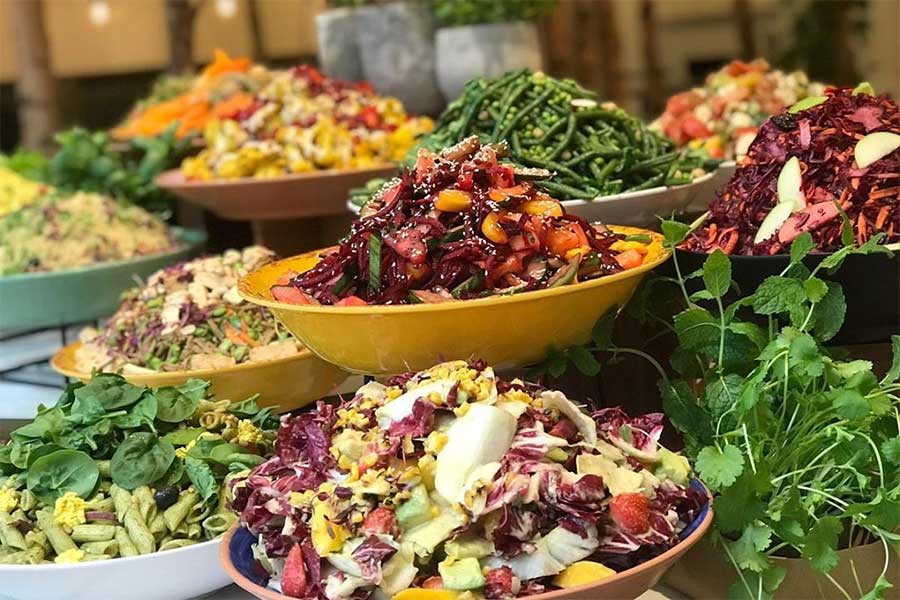 This plant-based spot by Oxford Street is what happens when pile-it-high meets ethical and vegan. The pay by weight place serves up all manner of salads and what they describe as 'cold pods'. There's also a newly-introduced fully vegan salad and dip station. Recent dishes have included Pesto pasta w. turmeric tofu and also Giant couscous with pesto and pumpkin seeds. 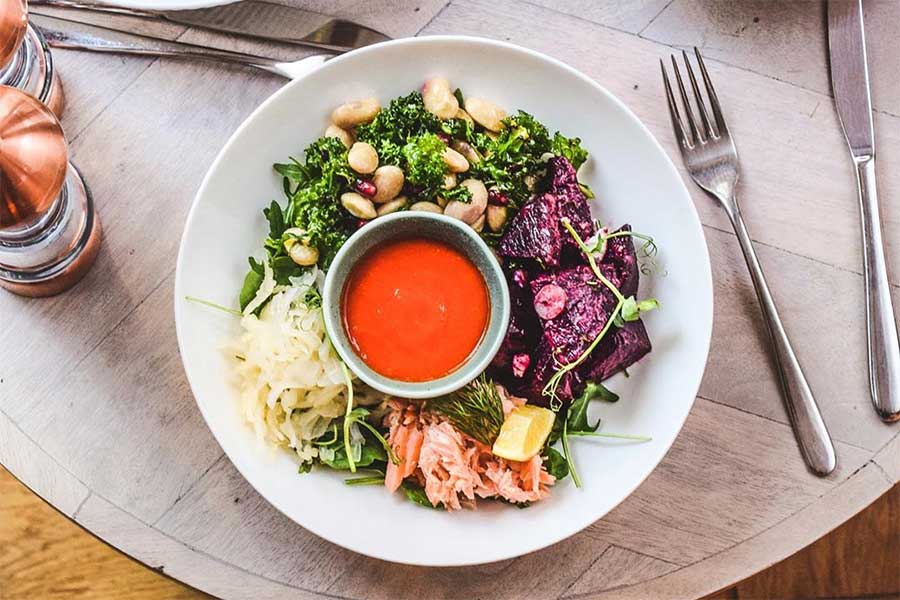 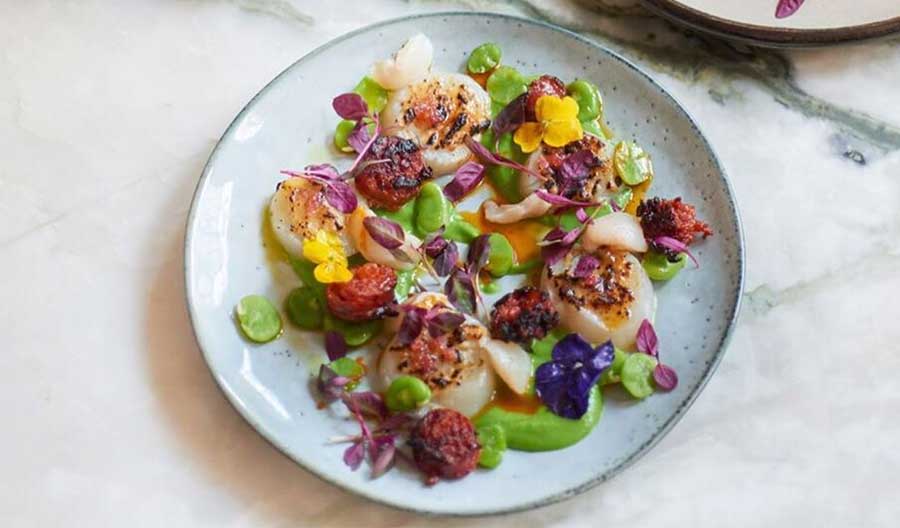 Just one of many options at The Ned, Malibu Kitchen is their slice of California in the City. Here it's all about superfood salads, cured fish and meat. The menu features a range of healthy dishes including a raw and cured section. Salads on the menu right now range from young coconut, green papaya, raw vegetables, heart of palm with cashew nuts to Beetroot tartare with cucumber, pistachio, horseradish and almond aioli. 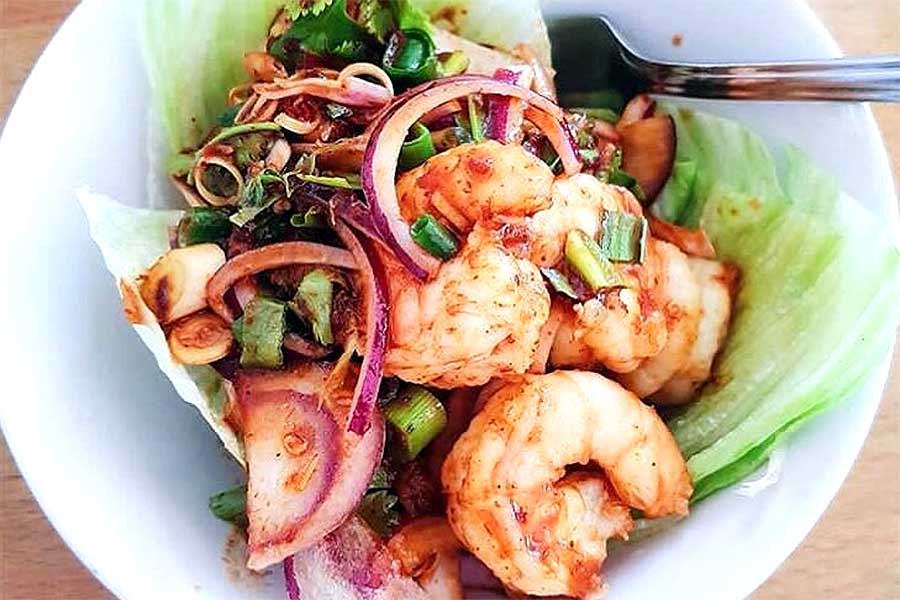 This South London family-run Thai restaurant group serves up a super variety of zingy salads (get them in house or to go on Deliveroo/UberEats too). Right now their Plah Goong - grilled king prawns hot and spicy salad with roasted chilli paste and fresh Thai herbs - would go down a treat. 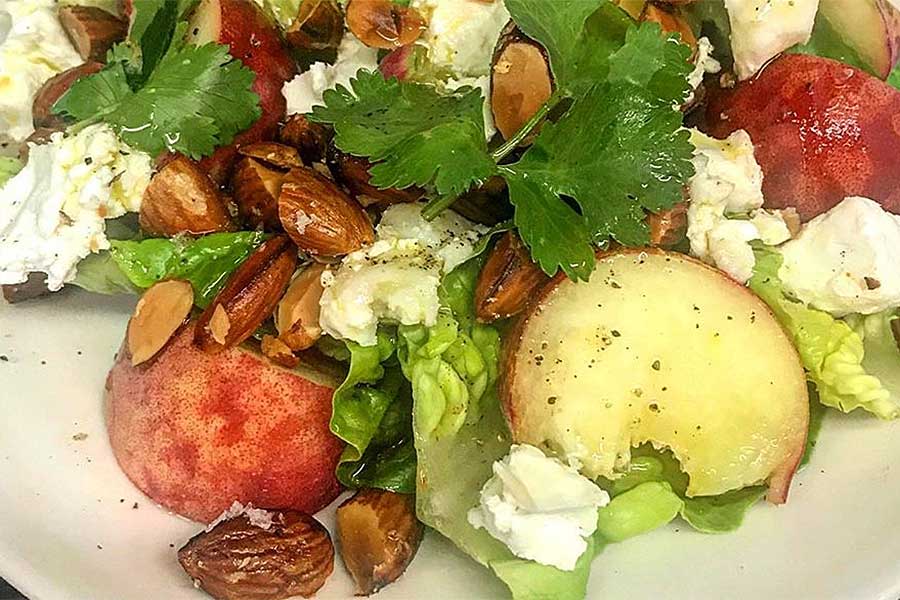 Sarit Packer and her husband Itamar Srulovich opened this - the first of their three London enterprises - in 2012 and the tiny Middle Eastern diner became an immediate hit. All the food's amazing here, but the summer salads will hit the spot in any heatwave, right now there's flat white peach and goats’ cheese salad with almonds and orange blossom dressing or how about a roasted lamb and freekeh salad with cherries, tarragon & sour cherry tkemali sauce? If you're after takeaway - pop into Honey & Spice also on Warren Street.