For British Pie Week (7-13 March 2022) it's time to pick out some of the best pies to be had in our fine capital, from the downright decadent (why wouldn’t you use champagne in the filling?) to humble (but still delicious) pie & mash shop versions. While some foodies are pedantic about pies, for us whether it was encased in pastry or topped with mash, if we cleared our plates, then it made the cut. 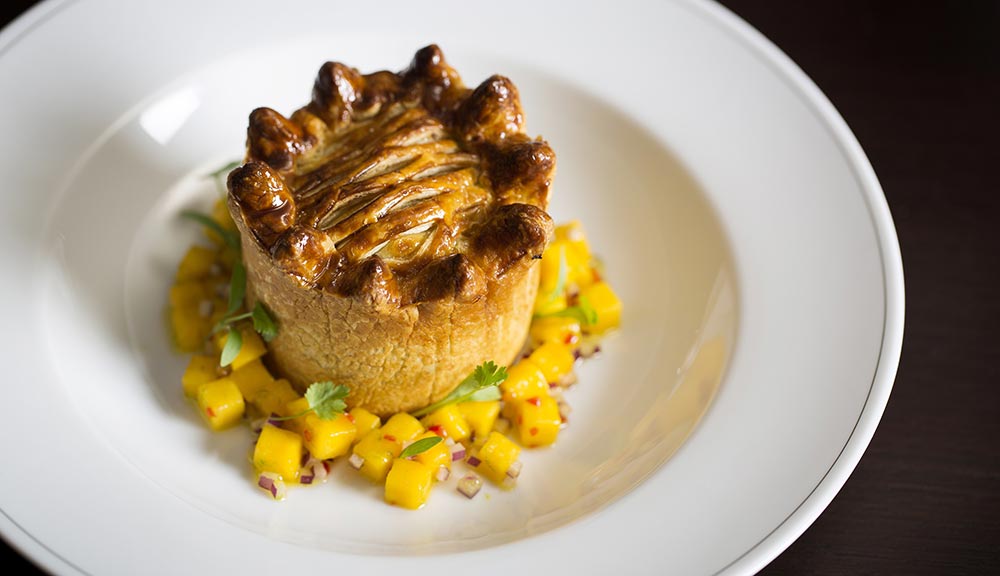 Indisputably London's premier pie-maker, Holborn Dining Room's Head Chef Calum has always been one to create some unbeatable pies (as a quick look at his Instagram feed will show you). He has a dedicated Pie Room private dining room in the restaurant and a special pie section of menu too. One of the classics on the menu is the curried mutton pie with mango salsa. There's also an amazing veggie option - their Dauphinoise potato, Winterdale cheddar & caramelised onion pie

So yes, if you're serious about pies, this is the one place you must visit. 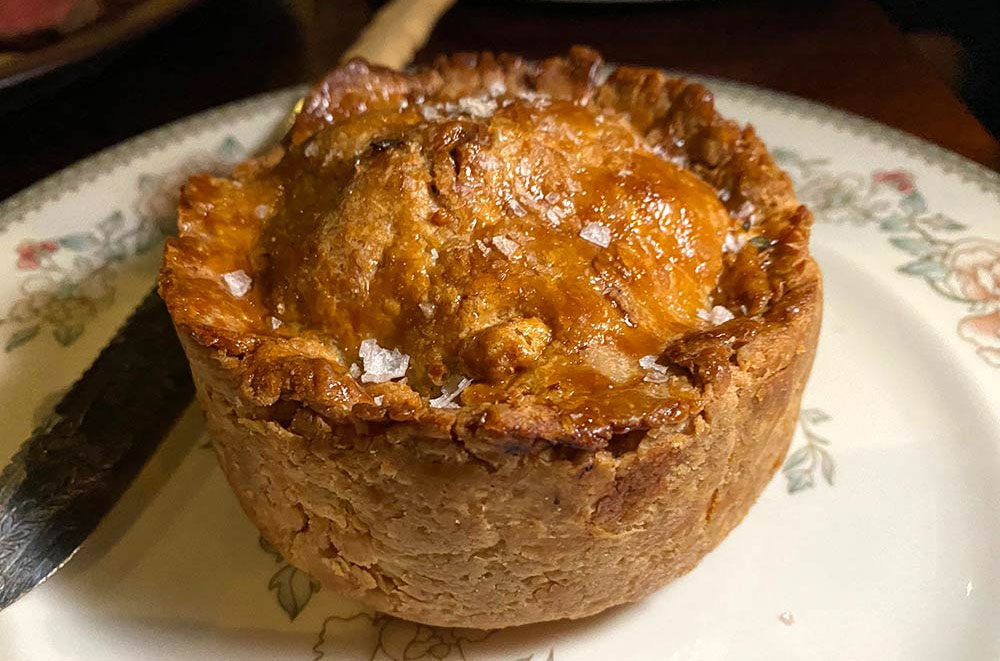 The steak and stilton pie at Blacklock

16a Bedford Street, London WC2E 9HE

The latest Blacklock restaurant in Covent Garden brought with it a few new dishes - but the one that's really turning heads is their brand new pie. It's made with beef, bone marrow and Colston Basset blue cheese and encased in the crumbliest suet pastry. It immediately became one of London's best pies. That it comes with a pot of Blacklock gravy to pour over merely, seals the deal. 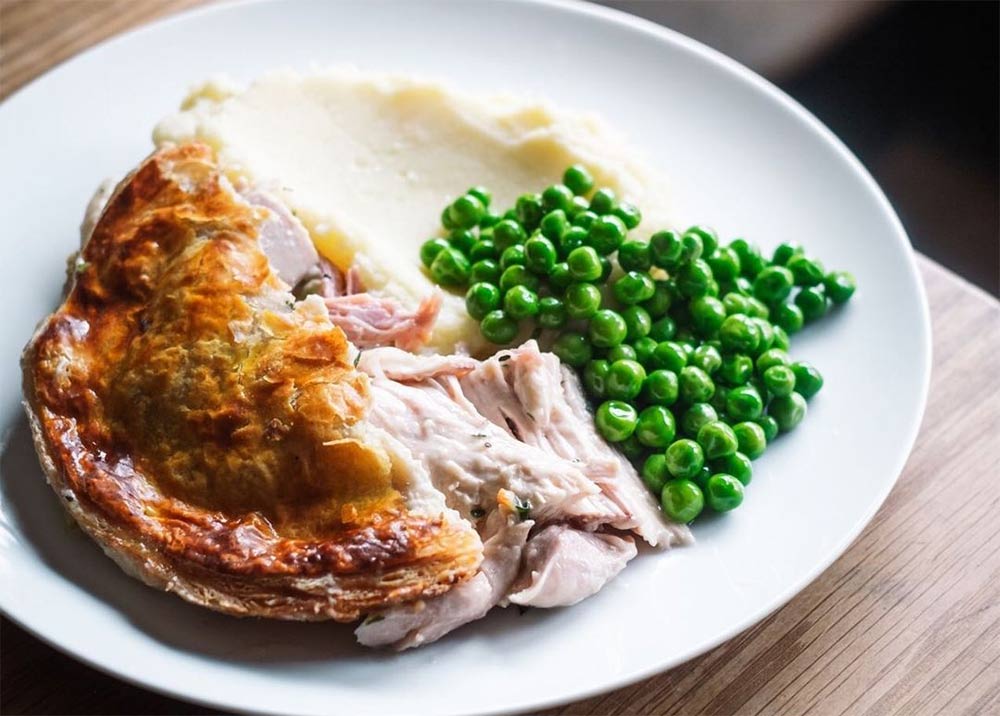 This is a relatively new addition to London - a delivery-only pie shop created by Will Lewis who has worked in the kitchens at Brat, St. John Bread and Wine and Rochelle Canteen. His pies range from traditional to modern takes, like a spiced chickpea, lentil and coconute pie. He also sells a nice line in desserts too including cherry Bakewell tarts. They've quickly become a big hit and apparently a real-life pie shop/restaurant is on the way. 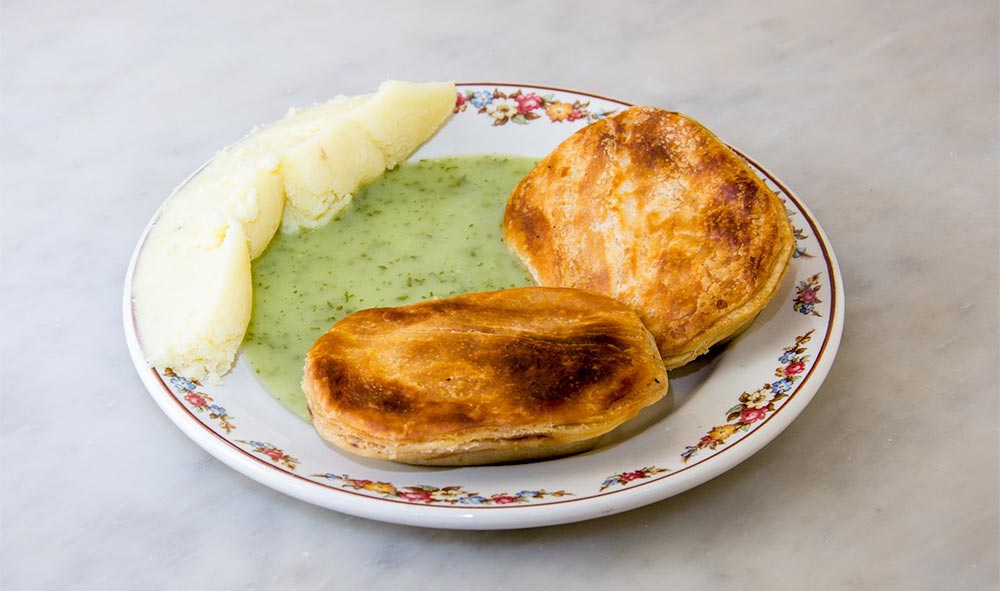 The original Manze’s pie and mash shop was founded here on Tower Bridge Road in 1903 and is still doing a roaring trade today. All pies are made from scratch on-site, starting with the beef which is minced using only prime cuts. As for the liquor, apparently, it includes a ‘special secret ingredient’ which they’re not about to divulge now. We love the Manze website, which bigs up the fact that Jim Davidson is a regular and also boldly states ‘It is also said that David Beckham eats here when he is in England.’ Well, you can’t blame a joint for trying. 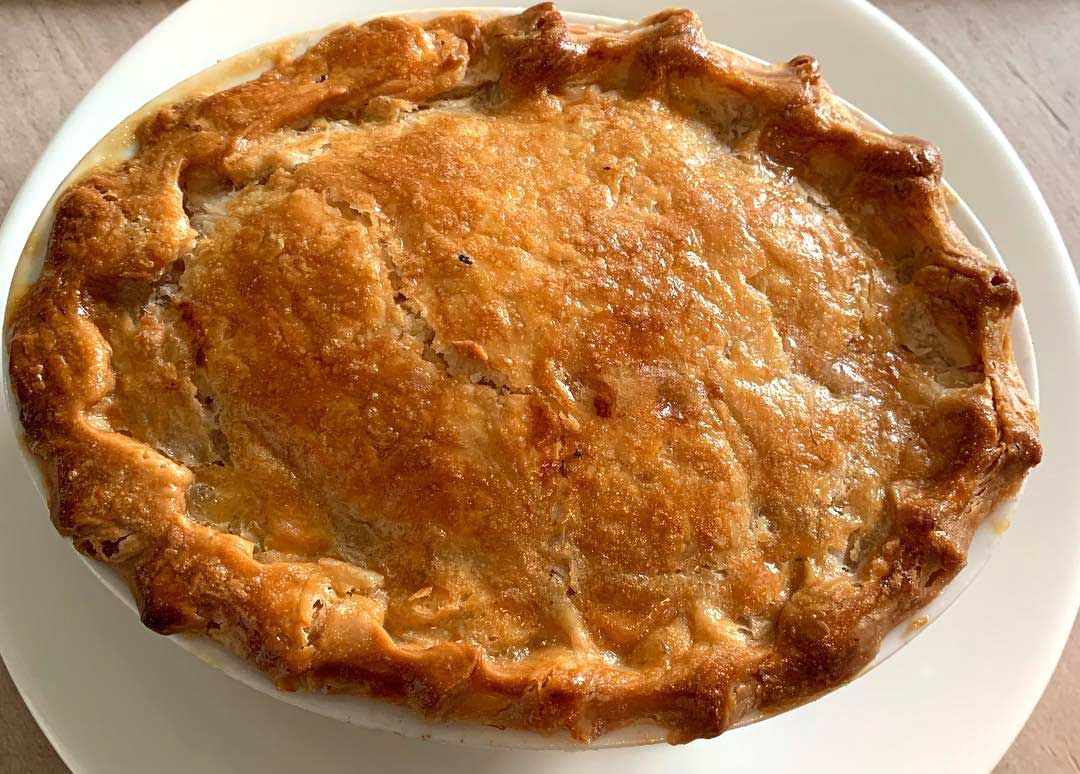 Always-on pie at The Drapers Arms

This much-loved gastropub in Islington always has a pie on. At the time of writing it was a suet crust chicken and tarragon pie. But, there's more. "Best thing about our suet crust pies?" they say.. "People eat them steadily every week whether it’s hot, cold, wet or dry... which is why we picked it as the always-on dish that triggers a £1 payment to Action Against Hunger." Nice one.

More about The Drapers Arms 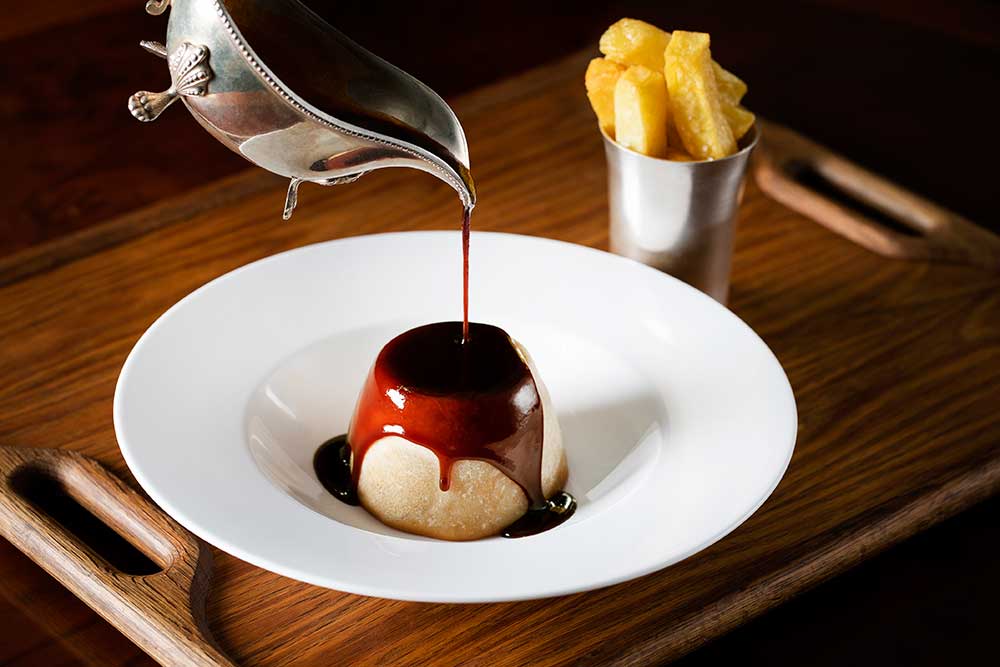 In St James, this traditional hotel restaurant is all about classic British food done well and now has Lisa Goodwin Allen of Northcote overseeing the menus. The steamed suet pudding has always been a must-have - it's now a Hope Farm hogget suet pudding with roast cutlet, roots and tarragon.

More about The Game Bird 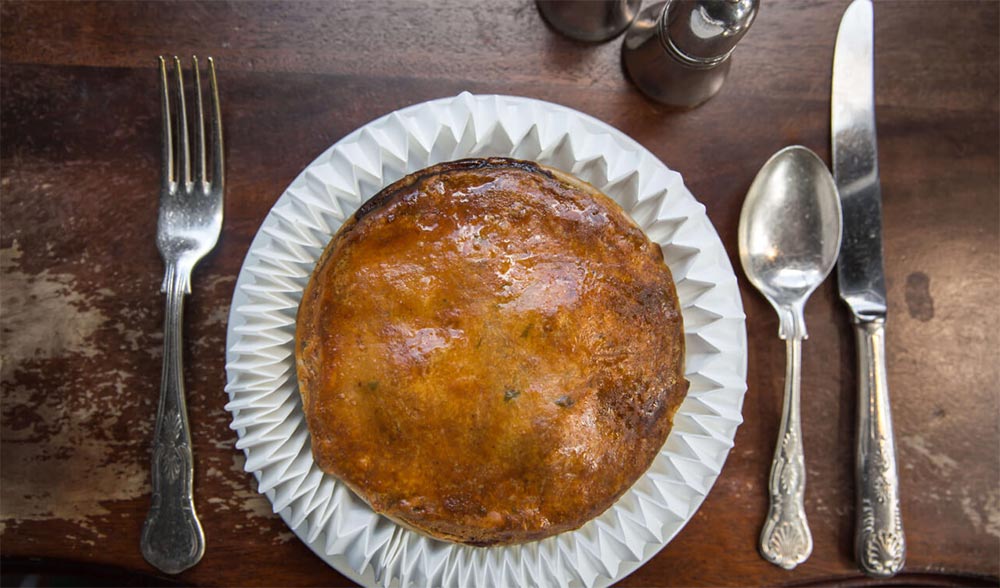 Steak and kidney pie at The Guinea Grill

There's been a pub on this spot since the 15th century and happily, The Guinea still looks fabulously unreconstructed. Pub landlord Oisin Rogers tells us: "the pie recipe has been the same since 1985. This recipe won the national steak and kidney pie competition three times. It's kept in the pub safe and we quality check the ingredients, process and recipe weekly. It's always been a bone of contention that it only has a lid, not a base, but it's always been like that at The Guinea, the suet lid is baked onto the pie filling and we've always served them with the ruff."

More about The Guinea Grill 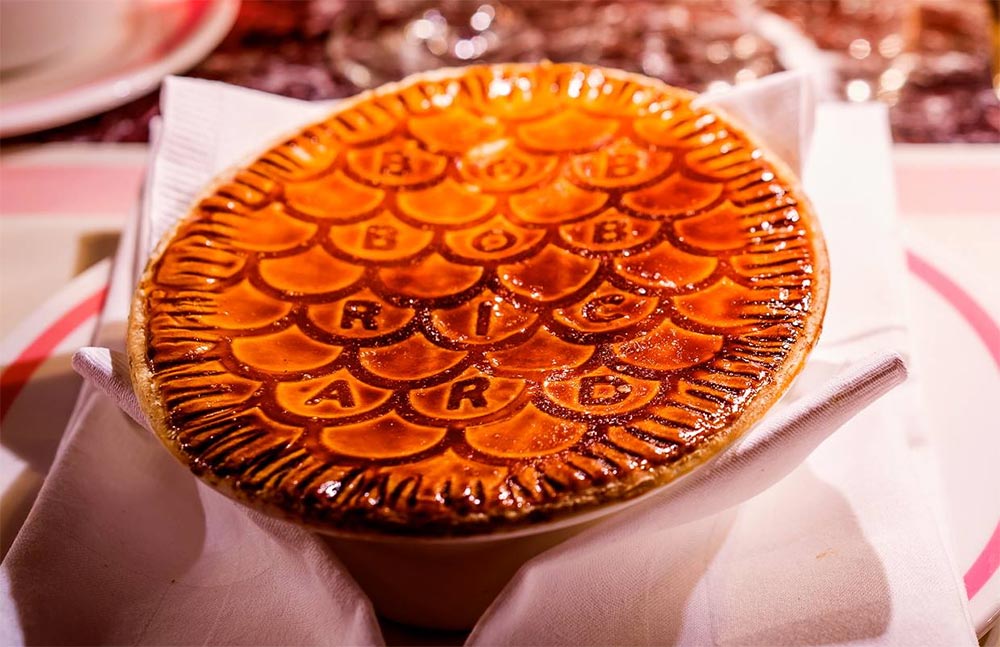 Soho and the City

The deliciously-OTT Bob Bob Ricard will never be out of vogue. Only they would take something as down-to-earth as a chicken and mushroom pie and elevate it to decadent heights by cooking the filling in champagne, topping it with a pretty patterned crust, then serving it with truffle gravy. Even better (if you're a vegetarian), they also do a Champagne and truffle humble pie made with Jerusalem artichokes, mushrooms and celeriac in a truffle and Champagne veloute. 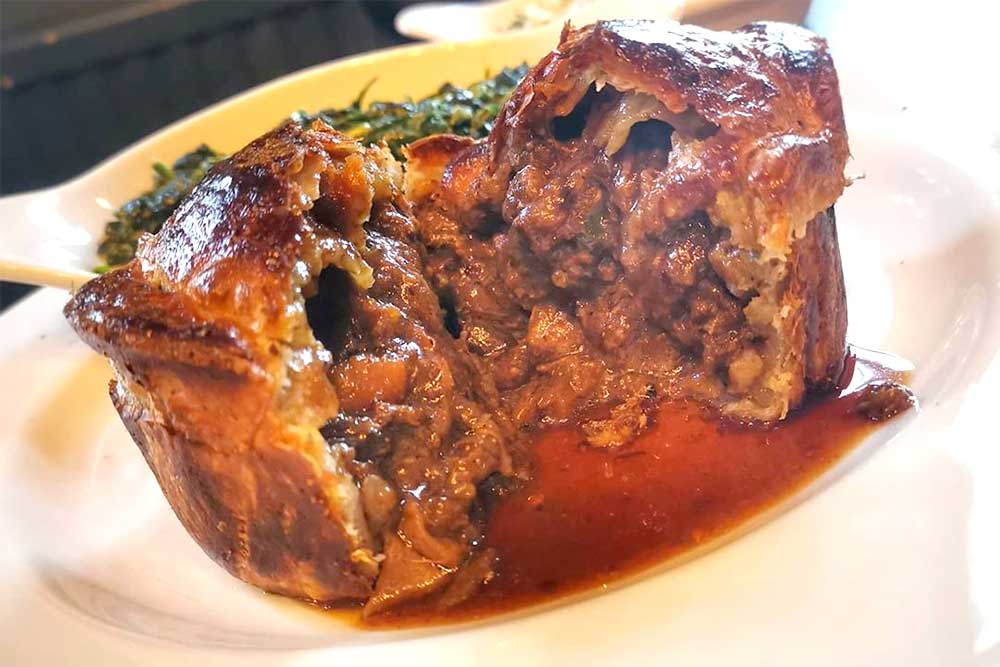 Steak and kidney pie at The Windmill

Ask a selection of pastry-loving Londoners where to get a decent pie and chances are The Windmill will come up more than once (and it's won a few awards over the years). There's a choice of six pies on offer, including steak and kidney above, chicken, bacon and leek, steak and mushroom and the vegetarian butternut squash, walnut and wild mushroom filo pie.

More about The Windmill 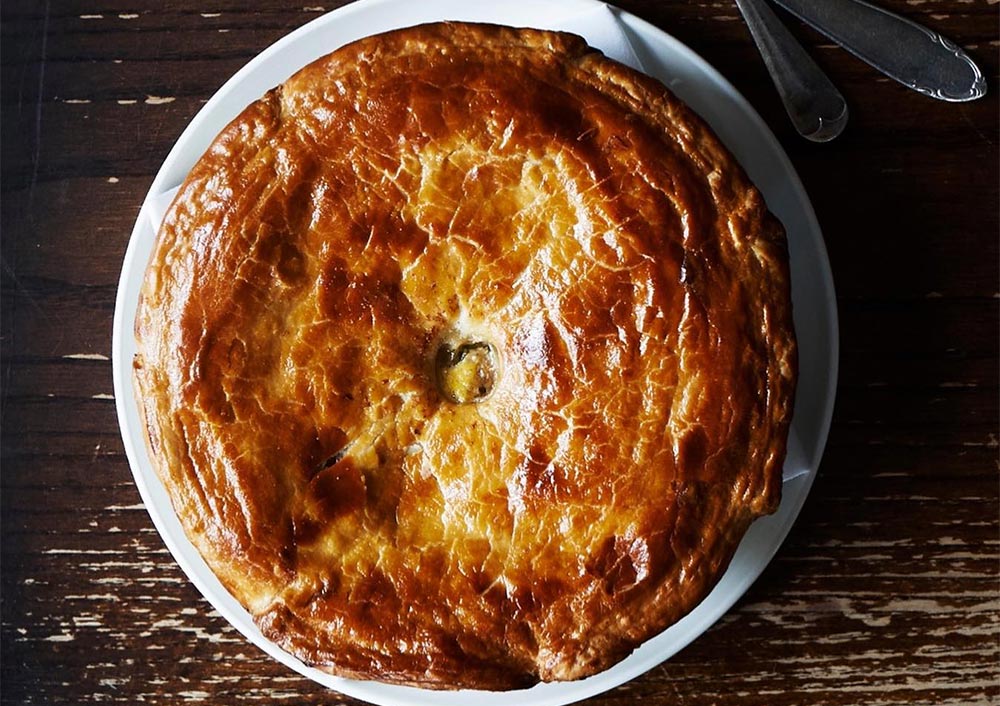 The seasonal pie at The Marksman

Head to Hackney's The Marksman and the one thing that's guaranteed to be on the menu all year round is a pie. Every pie is for two people and recent pies have included a "Tamworth and guinea fowl pie with pickled quince".

More about The Marksman 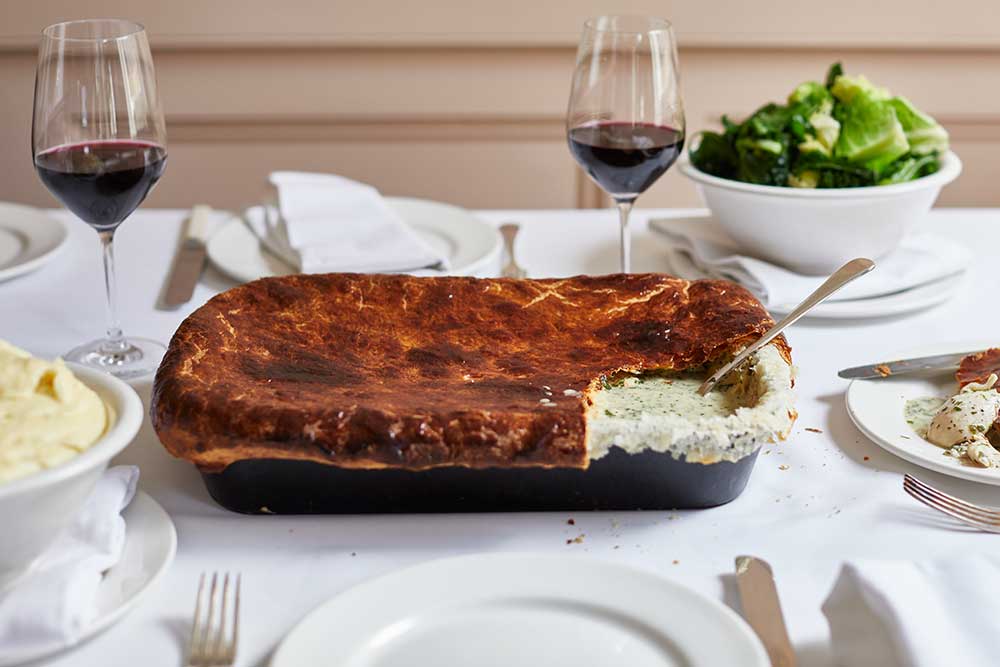 The pie of the week at Quo Vadis

There's always a pie by Jeremy Lee on the beautifully designed Quo Vadis menu. It changes regularly and at the time of writing, the Pheasant Pie was on. 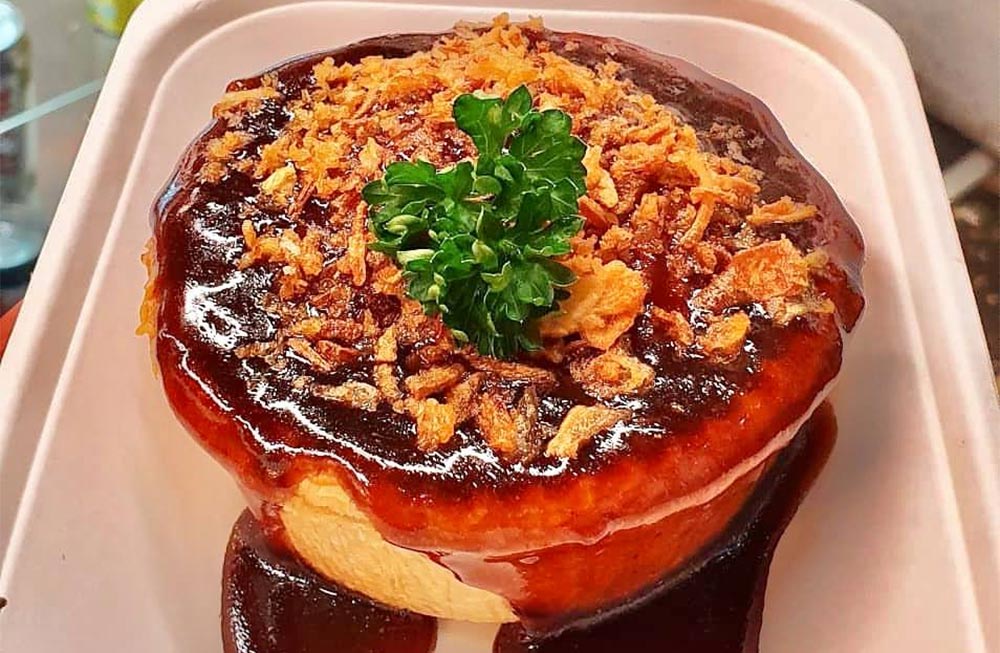 Proving that meat-eaters don't get to eat all the pies, these vegan pie purveyors are going down a storm with their vegan steak and ale, chicken parmigiana and katsu curry pie. They're now a fully online affair, offering deliveries across mainland UK. 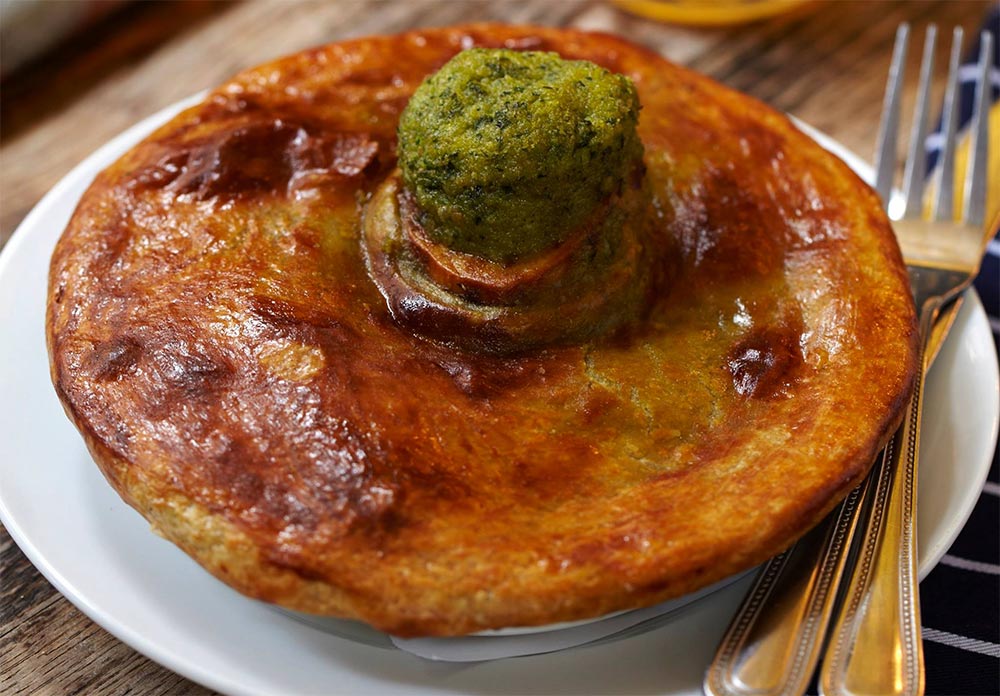 Inspired by The Dandy, Desperate Dan's famous cow pie with bone marrow is the dish you want to order at this Kensal Rise gastropub. It's huge, so you'll definitely want to share. There's also one 'without' for vegetarians.

There are many more places for great pies including...